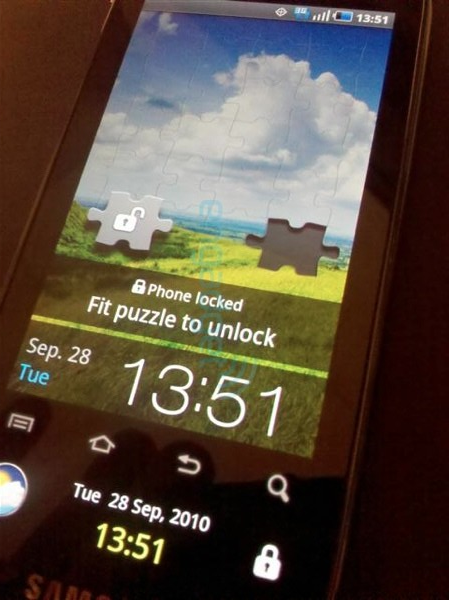 Two new Samsung devices in one day!  It was just over a month ago when we saw the year-end roadmap for Verizon come to light.  Among the unknown/unseen handsets teased was a Samsung i400 “Continuum” which was said to be a mid-range phone.  Flash forward to today and we see that we’re looking at another Galaxy S class phone.  This time, there’s a twist.

Engadget has scored the first pictures of the Continuum which, as you’ll see, has a second screen that runs across the bottom of the device.  Called “The Ticker”, it’s said that this will be where notifications, rss, weather, and other messages will appear.  According to Engadget, the Ticker automatically turns on when one grasps the bottom of the phone.  Other details include a dedicated camera button and microSD card slot, accessible without battery removal.

First question that comes to mind?  Will this have Bing instead of Google Search?  More importantly, will we be able to download Google Search should Verizon opt to go with Microsoft’s decision engine?