We have been seeing an influx of smart speakers more and more and now Samsung is getting in on the fun. During today’s Samsung Unpacked event, the Galaxy Home was officially unveiled.

At first glance, it looks rather awkward, and Marques Brownlee summed it up pretty well:

I appreciate you Samsung pic.twitter.com/H5s9lUNMbx

But for real, let’s take a look at the new Galaxy Home. The speaker sports a round body with a flat top and a tripod attached to the bottom.

There are six speakers that are built into the Home, along with a single sub-woofer. Additionally, there are a total of eight far-field microphones which will help users activate Bixby even easier.

Using just a the command of “Hi, Bixby” will get your assistant up and running. From there, you can complete a myriad of different tasks, including playing music and even order an Uber. 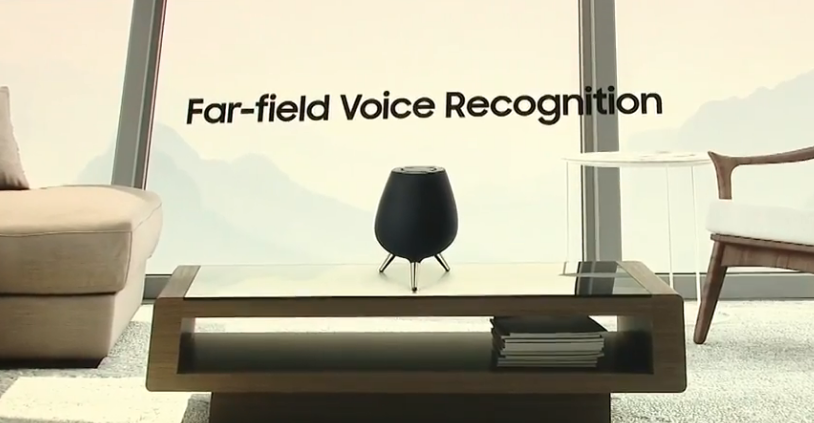 Unfortunately, Samsung stopped short of sharing everything about the Galaxy Home. The company did not reveal pricing or availability. Instead, we are expected to learn more at Samsung’s Developer Conference later this year.

It’s all find and dandy that Samsung is entering the smart speaker game. However, the problem that is still being found is the reliability of Bixby.

Google Assistant and Amazon’s Alexa are far superior, but Bixby 2.0 is now here. The company hopes that this new Galaxy Home, along with the new Note 9, will help prove the doubters wrong.

Only time will tell what is on the horizon for Samsung’s smart home goals. So we will have to wait and see what’s to come when the Home starts making its way into the hands of users.

In the meantime, we’ll be waiting for Samsung to reveal more so that we can make some type of final determination. Let us know what you think about Galaxy Home and if you’ll be looking to pick one up for yourself.