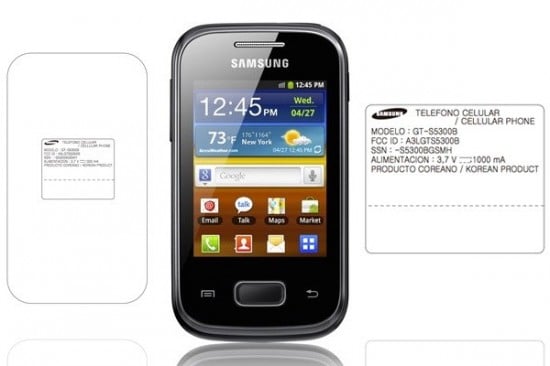 After having sold more than 5 million units of the Galaxy note, Samsung is fairly well versed in large displays. But, that doesn’t mean the folks at Sammy don’t know how to fit Android in a small device, and they proved it by launching the Samsung Galaxy Pocket few weeks ago.

Now it seems that Samsung is bringing the Galaxy Pocket to the U.S., as the device just passed the FCC with GSM 850/1900 and UMTS bands, making AT&T a possibility. Of course, we wouldn’t be surprised if we see it launched by any online retailer or regional carrier. It’s an entry level device that’s packing an 800 MHz processor, 2 MP camera and Android 2.3.

There’s been no word on if the device will launch on any carrier in the States, but FCC certification is typically a sign that a handset is on the way. So if the Galaxy Pocket launches on AT&T, would you consider buying it? Drop a comment below!