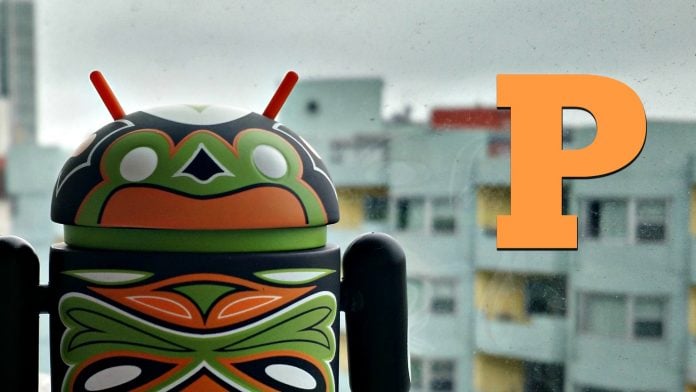 Google on Wednesday rolled out its first look at the upcoming Android P operating system. Launched as a Developer Preview, this is a very early (alpha) build of software aimed at app developers. This doesn’t mean that early adopters haven’t already installed it on their Pixel phones as they hope to unearth hidden features.

Should you care about Android P as a general user? Not really. At least, not yet. There’s a lot of cool stuff on the horizon but it matters little today.

What should you care about?

We do know a few things about what’s going on inside of the Android P build, but we’re just the beginning. Moreover, we have a timeline of expected updates and releases over the rest of the year. In other words, we can piece together enough details to set some preliminary expectations. Here’s how Android P could affect you.

Suffice it to say, there’s not a ton of brand new, sexy, user-facing stuff in the first Android P Developer Preview. There’s definitely new and interesting things under the hood, many of which will ultimately impact you at some point. 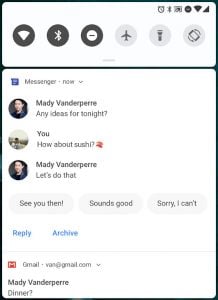 Notifications look to get a punch-up in Android P as Google gives developers a way to show images and stickers, and pieces of conversation with contact names. As we’ve seen in other Google apps, it can also suggest smart replies.

As a user you should anticipate smarter, more helpful notifications whenever Android P formally launches. It’s possible that OEM’s will leave things unchanged, but we might also look for other unique touches to notifications which build off the new framework.

With more and more devices offering a dual-camera configuration on the front and/or the back, Google aims to make things easier by building support at the platform level. This potentially includes letting phones and devices access multiple camera stream at once. What does this mean to you? Cooler apps centered around the cameras. This could pave the way to new streaming and broadcasting, chat, and other video-centric apps.

The inclusion of IEEE 802.11mc WiFi protocol (WiFi RTT) sounds like a mouthful to be sure. Centered around Wi-Fi Round-Trip-Time, this means you’ll get a much more accurate location when indoors. Once in place, Google Maps and other apps will be able to pinpoint your location in shopping malls, arenas, schools, and buildings. How accurate? With two meters!

As you’ve no doubt seen, more device makers are starting to include the “notch” in displays. Love ’em or hate ’em, they aren’t going anywhere anytime soon. To that end, Google is building in support for cutouts in Android P. What does this mean to you? More phones with screens that extend even further to edges — and those that seem to extend beyond speakers.

There are a few other details already known about Android P including enhancements to security, NFC, additional image and video file support, and more. Without getting too technical this means improvements to app security and mobile payments as well as better multimedia. Who wouldn’t like clearer pictures and video that uses less data in the process?

When Should You Care?

In looking at Google’s timeline we see at least four more Developer Preview builds before the final release. As such, the next update should come at Google I/O in May. Taking place over a few days, it’s when we anticipate seeing demonstrations and examples of Android P.

After the annual developer event we’ll have a couple of more Preview releases right up until the formal launch. If history is an indicator, Google will debut the consumer-ready build with its next generation of devices; October is a safe bet.

If you follow the Android space closely or like to be on the cutting edge of tech, you already care about Android P.  For the more casual, Google fan, Android P will trip your radar later this year whenever the presumed Pixel 3 is announced. That’s when you’ll see just what makes the new phones so awesome software-wise.

For everyone else, chances are good that Android P won’t matter to you until sometime in 2019. Seriously. Unless things change for this iteration, you won’t find many products launching with that version of Android. Further, it could be longer until you see a current device, like the brand-new Samsung Galaxy S9, get an update.