If you’re a WhatsApp user, you can rest assured that your data and privacy will not be compromised with Facebook’s recent $16 billion purchase of the popular cross-platform social messaging platform.

WhatsApp CEO Jan Koum took to the company’s personal blog today to set the record straight since it said that while they’ve been “truly humbled” by the attention the partnership with Facebook has garnered, there has also been a lot of inaccurate and careless information circulating about user data and privacy.

Koum, who grew up in the USSR during the 1980s and recalls not being able to speak freely in fear of the KGB, said that respect for user privacy is coded in their DNA.

WhatsApp was built around gathering as little user information as possible, not asking for your name, email address, birthday, “likes” or location, and the company has no plans to change that, he said.

“Everything that has made WhatsApp the leader in personal messaging will still be in place. Speculation to the contrary isn’t just baseless and unfounded, it’s irresponsible.”

The focus of the company will be to continue to be allowing people around the world to speak freely without fear, with the Facebook partnership giving them “the flexibility to grow and expand” as said in a previous post on the personal blog.

You should also note, that keeping good on its promise, WhatsApp even recently released an update with new privacy settings.

All that being said… are you using WhatsApp? What are your thoughts on the Facebook acquisition? 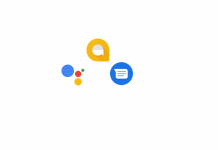