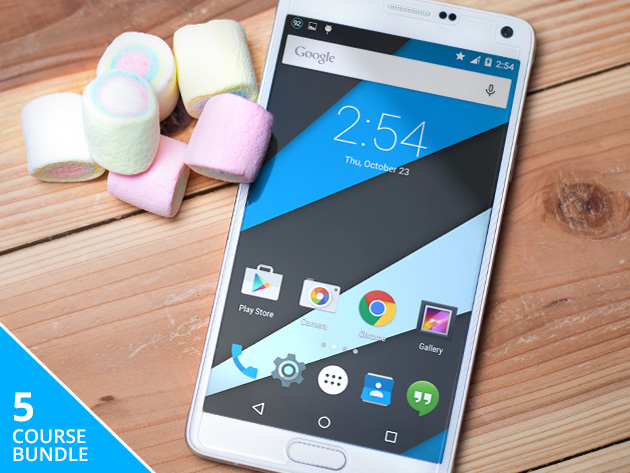 Usually the deals here at AndroidGuys are either a set price, or they are a giveaway. There are some deals however, that fall in that “in between” margin. This is where The Android Coding Expert’s Bundle sits. You’ve probably heard about the likes of the Humble Bundle. In case you haven’t, it’s a bundle of games and apps where Indie developers are looking to get their apps noticed. So in order to bring everyone to their apps, you essentially set your price for the bundle apps.

Pay What You Want isn’t a new concept, but it’s one that is great no matter where you go. Of course there’s a minimum, so you can’t just pay a couple pennies, and get all the goodies. But the “Pay What You Want” price is so good that you can’t miss out on the deal. The case is the same for today’s deal.

As of the writing of this post, you can get five different courses, all which teach you different aspects of Android development, for only $4.82. That’s an insane price for what you get, and when you consider that all five courses cost about $500 when sold outside of this deal, that’s an astronomical amount of money you’ll be saving.

Additionally, there have been over 1000 bundles sold, and for an average price of less than $5, why not give it a shot? Even if you get started, and decide this isn’t for you, you’ll only have spent less than a cup of Starbucks, so….what are you waiting for? Over 75 hours of interactive training for only $5 is a deal that just can’t be passed up.

Drop us a line below and let us know what you think about this great deal, and whether you signed up for it or not. You can find this, and many other great tech bargains through our Deals page. Backed by StackCommerce, there are daily promos, giveaways, freebies, and much more!

This 11-course CompTIA certification bundle, just $50, is your fast pass...