Do you know the difference between bitcoin, cryptocurrency, and blockchain? Sure, there’s a little bit of overlap between them, but they are each their own thing. Of them, blockchain is perhaps the most important. It’s a revolutionary and paradigm-shifting technology that is just now coming into mainstream popularity.

While 2017 might have been the year when many jumped into the proverbial waters, blockchain has been around for more than a decade. And, whereas it was once relegated to those nerdy, super-early adopters, it’s now something that many major corporations are starting to take very seriously.

Institutions have taken notice and are getting into blockchain; it’s time you do, too. But, where to start? First, you’ll want to master the concept itself. From there, you might want to invest in a project, or even build your very own one.

To do so, we recommend getting started with the 2019 Blockchain Developer Mastery Bundle. Now over 90 percent off, just $19 from the AndroidGuys Deals Store, it’s the jumping off point that will help you to understand what makes the technology so interesting and powerful.

Some of the instruction in this 8-course package is overarching, covering blockchain’s central role in the cryptocurrency craze, but most of it goes deeper, expanding your knowledge into the various ways decentralized data mining and organization impacts the world.

Of course you’ll learn what the blockchain is as well as the ever-expanding application behind smart contracts. But, you’ll also come to understand how cryptocurrencies, like bitcoin, are developed and employed. Moreover, you will dive into specific topics like EOS and NEM, and even into the ways you can create versions of your own blockchain projects.

The least expensive course in this bundle typically retails for $49. In fact, all in, you’d be looking at almost $850 if you were to buy these classes on your own. So, the entire 8-piece collection, which offers more than 30 hours of training, is an incredible value at just $19.

Hurry, and take advantage of the 97 percent savings. Who knows, maybe this time next year you’ll have your own project for others to invest in and support!

The best apps on Android to track cryptocurrency prices [2020 List] 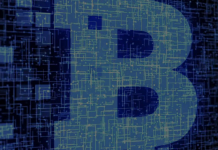 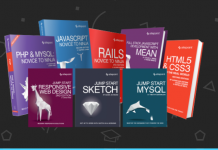