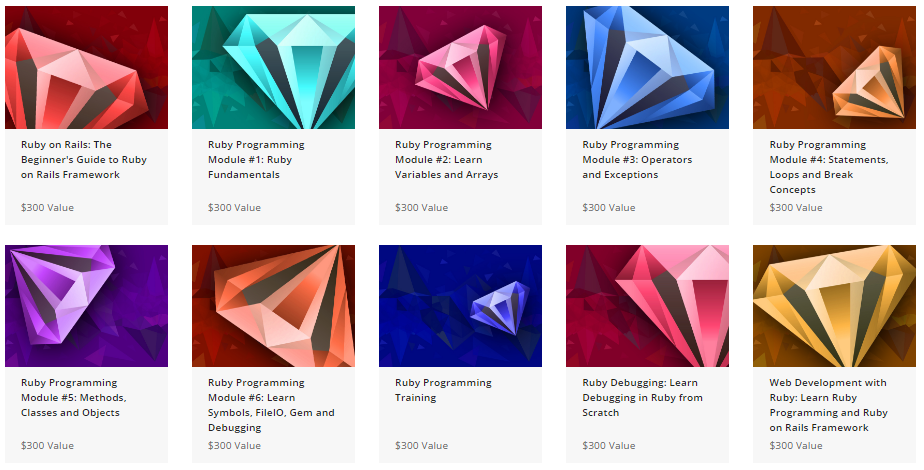 If one of your new year’s resolutions is to learn something new in 2017, then we’ve got a wonderful idea for you. How about teaching yourself how to program in Ruby on Rails? As one of the most popular languages of its kind, it makes you that much more attractive to prospective employers.

Today’s Deal of the Day is a bundle of training that spans more than 106 hours of learning in some 577 sessions. Yes, those numbers are right. Broken into 10 different courses, you’ve got everything you need to start from scratch.

Then, as you move along and find yourself interested in specific areas or needing additional help, there are classes with drill-downs on Boolean, comments, exceptions, & if statements, unless, loops, breaks, & next statements, and  class, global, local, instance, & pseudo variables. The best part? You have access to these for as long as you want; it’s a lifetime kit with 24/7 availability.

Normally this many classes would cost you hundreds, if not thousands, of dollars. But, because it’s our featured deal, you can pick it up for a mere $39. That’s less than a night on the town for a lifetime of education and money-making potential.

If you are ready to get the coming year started by learning some very helpful new tricks, be sure to pick up the Complete Ruby on Rails bundle. Priced only $39, it’s everything you need to get you off and running on your future life developing.