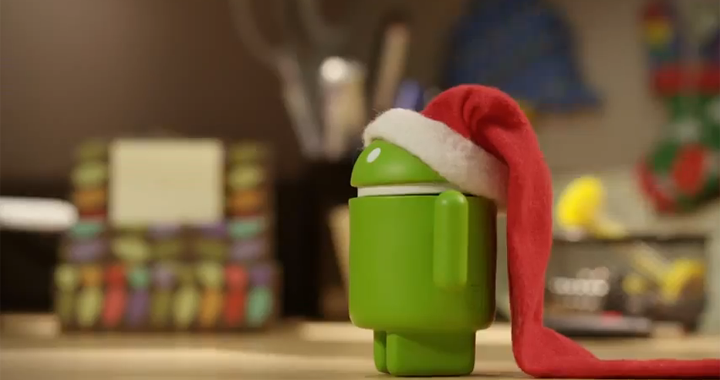 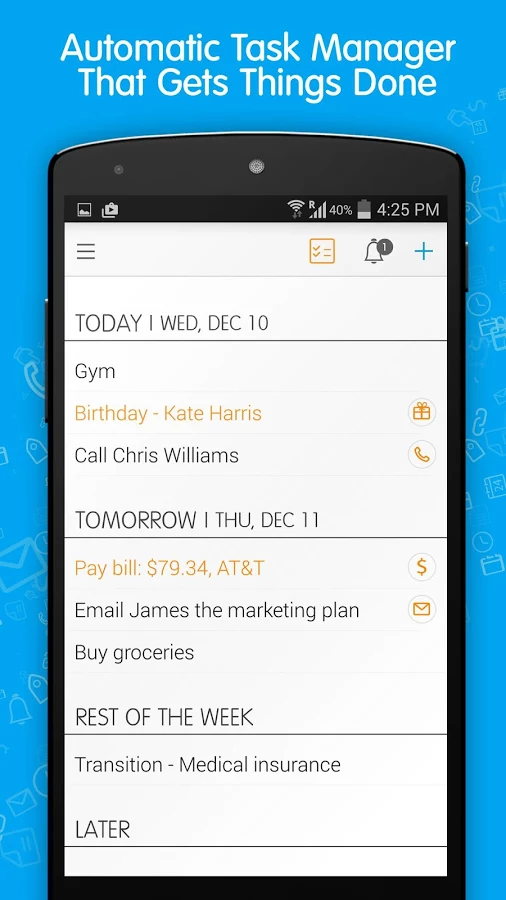 24me looks to replace your current task manager (or start you off on one) by providing an all-in-one solution. You can create tasks with times or locations. You can swipe to complete a task, you can set to view your list by Date or by Labels. You can input by microphone, and you can even use your camera to put in a task. Evidently they have been featured on Forbes, Wall Street Journal, and more. Download it below and give it a try. 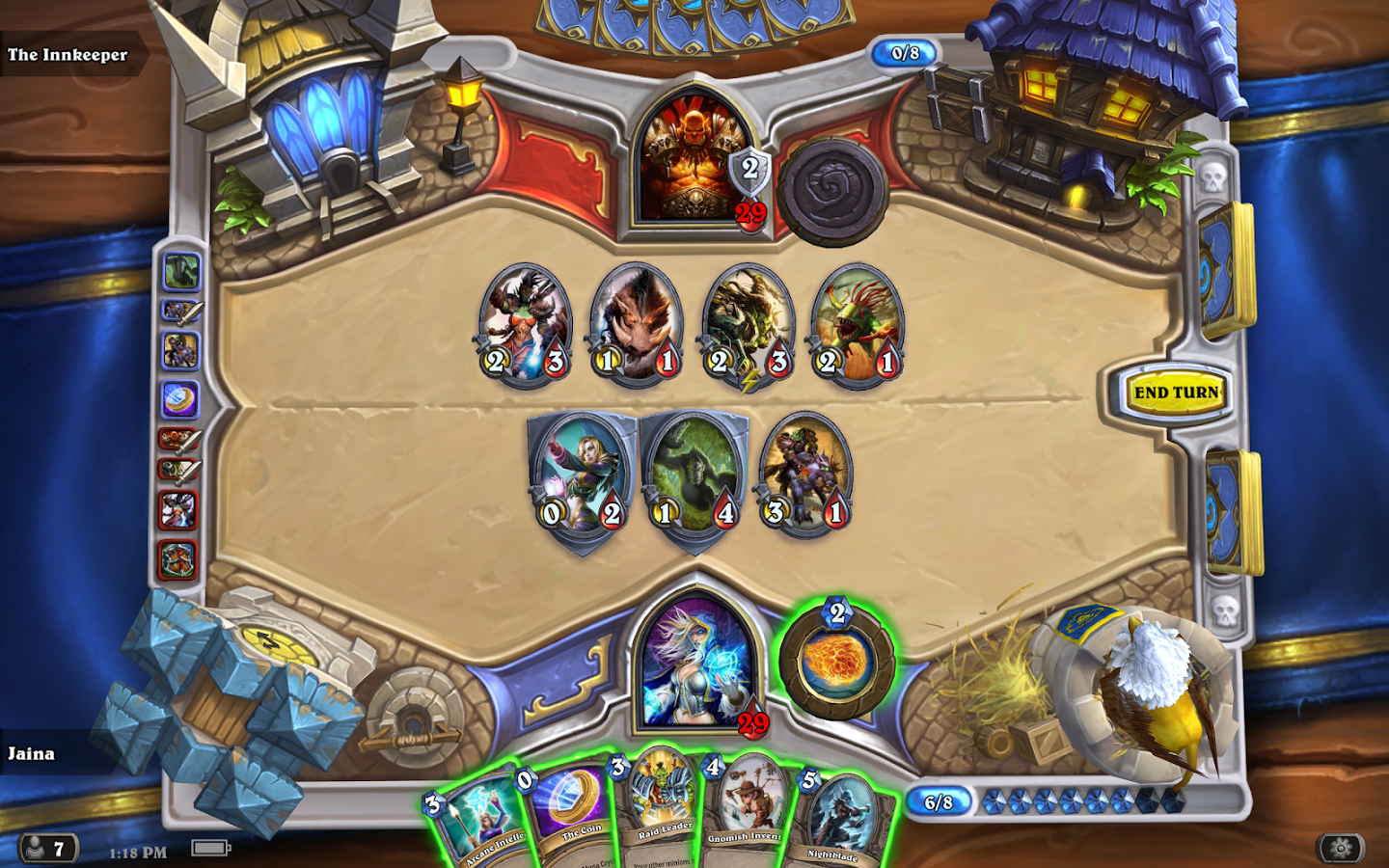 For those World of Warcraft fans out there, this one is for you. Blizzard has released this new card-based game that they advertise as “Deceptively Simple. Insanely Fun.” on Android. You can pick up the game and “jump right in”. You can build your own deck, and battle your way through a quest. The only caveat is you can only play on tablets with 6″ screens or bigger. It has a 4.5 star rating, so check it out with the widget below. 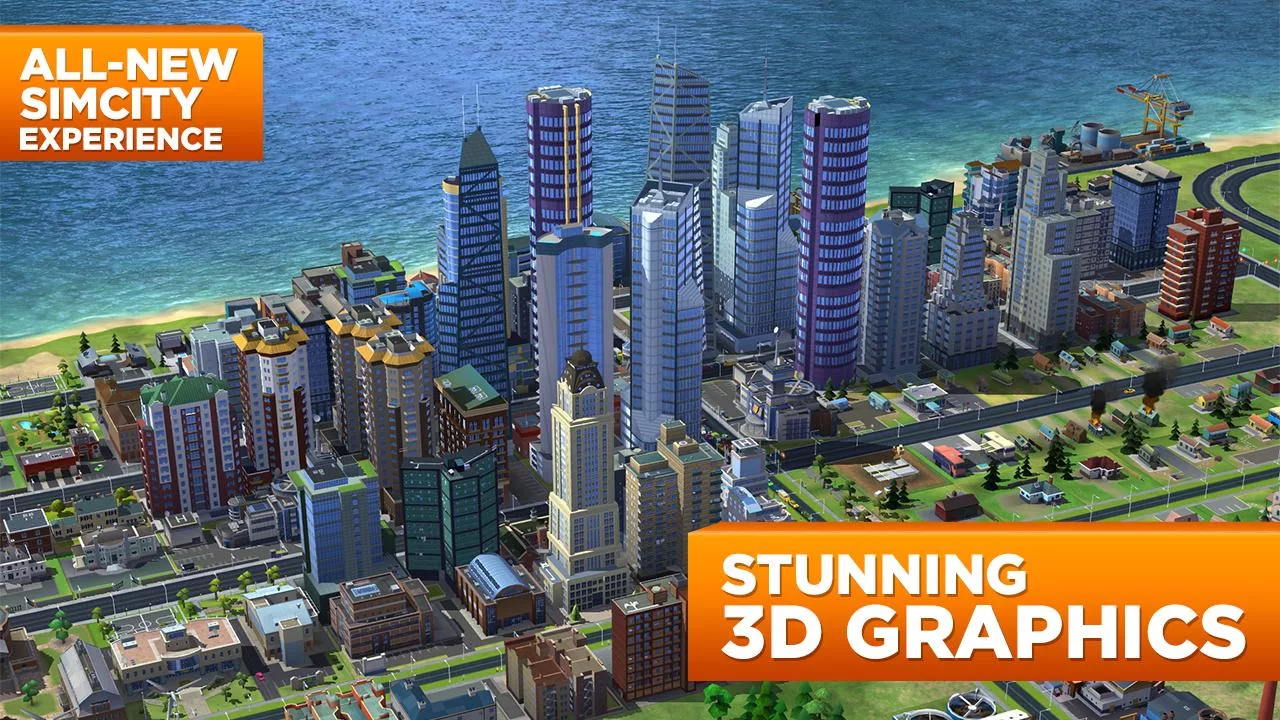 If you’re a fan of SimCity, you’ll be happy to hear that they have released an Android game this week, and it has been re-imagined and redesigned for mobile. You are the mayor of a city, and have to create a city that will attract new citizens. However, the bigger your city gets, the more needs they have. You build buildings, unlock achievements, trade  with friends, and deal with problems that come your way. It already has over 100,000 downloads and a 4.3 star rating. So check it out below! The popular game maker Gameloft has continued on their popular Brothers in Arms series, with this being the third installment. The game is set in World War 2, and you play as Sergeant Wright where you lead a squad of soldiers with special abilities. As you go you can upgrade those abilities, your weapons, and more. Brothers in Arms 2 has over 10,000,000 downloads and a 4.2 star rating, so this is definitely worth a shot (get it, shot?!). 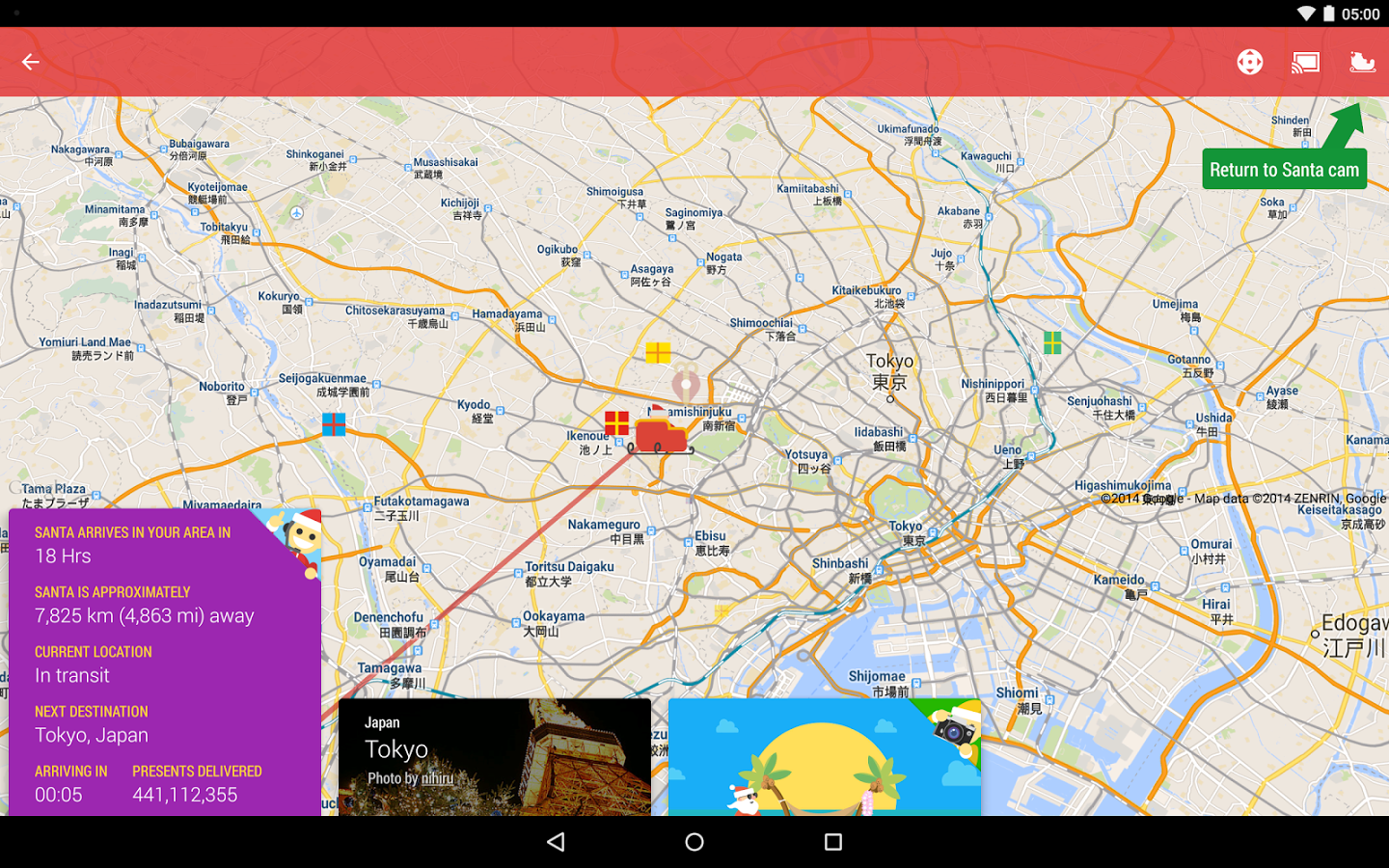 Alright, so this is not necessarily a “new” app, but it was recently updated, and with Christmas around the corner, this is a great app to get into the spirit for the Holidays. You can play games, but the coolest feature of this app is tracking Santa on Christmas Eve as he goes around the world delivering presents. With Chromecast and Android Wear support, you can use it anywhere. I personally really enjoy the app, and each year use it with my niece and read all the interesting things about each city Santa stops in. Download it below. If you are pining for some Grand Theft Auto action, check out their latest mobile offering, GTA: Chinatown Wars. It follows the story of someone left to die in Chinatown, only to enact revenge on the city. Filled with plenty of action, violence, and story, its sure to keep you entertained. It’s currently $4.99 in the Play Store, but sounds like it’s filled with content. 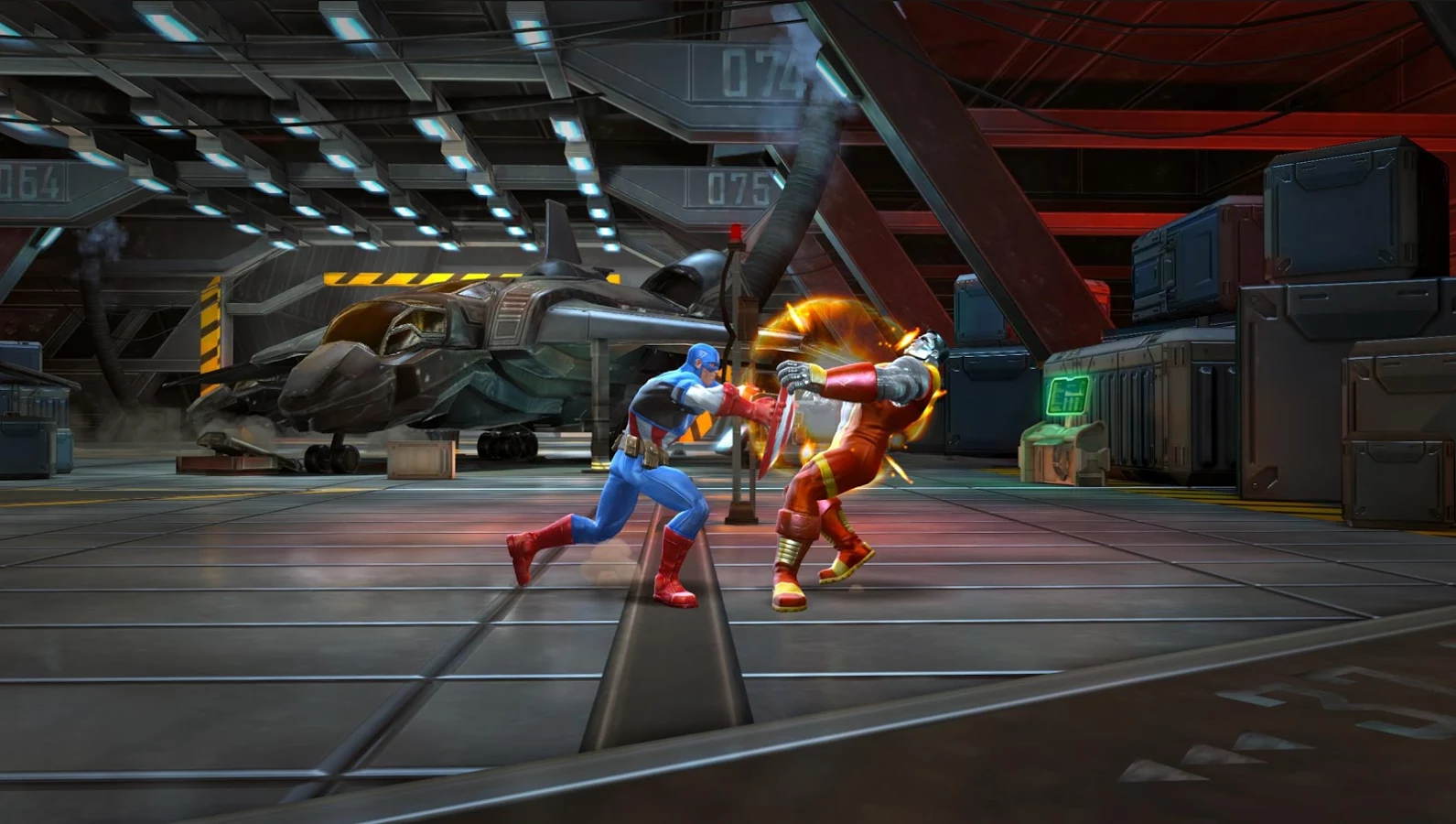 I downloaded this game the other day, and I have not been able to put it down (that is, until I run out of Quest Energy). This game is reminiscent of Injustice from DC Comics, but instead Marvel Comics, and made specifically for mobile. You gather heroes that you then take through on a quest to become the ultimate champion, fighting other heroes along the way. Fighting is as simple as tapping and swiping, but playing with the different heroes is quite fun. It’s free to play, but there are in-app purchases to allow you to go further in the game faster, but by no means is it required to play through. Tales from the Borderlands

Tales from the Borderlands looks to continue where the story left off in Borderlands 2 in a 5 part episode game. Everything is there, from the graphics, to the humor, to some of the iconic characters. However, because of the high quality of the game, it is $4.99, and will cost more for each episode. There is also a minimum system requirements, listed below. Still, it looks like a lot of fun, and is sure to be entertaining. SimplePlanes allows you to design, build, and fly your own planes. The graphics are retro-looking, but done well. You can also do dogfights, complete challenges, and more. It is $4.99, and requires 512MB of RAM and a 1GHz processor. It already has 4.5 stars, and looks like a lot of fun. Download it with the widget below. Hidely is a camera and photo gallery that looks to encrypt and password protect your photos. With it you can keep your pictures in a vault, and share it securely so that they are only shared with those you desire. For those who remember the celebrity photo leak that happened earlier this year and are nervous about it might take this into consideration.