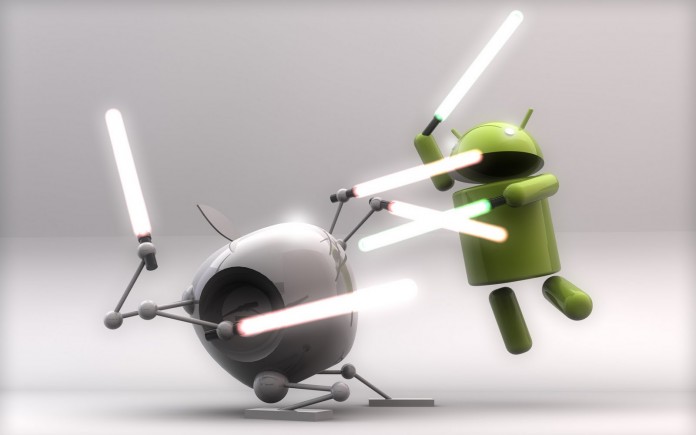 This is going to be controversial. It’s going to ruffle some feathers. The fact remains, however, that iOS does indeed do some things better than Android does. Below are 3 lessons Android should learn from Apple.

First and foremost, security updates are going to be your biggest problem. Do you remember the Stagefright vulnerability? Chances are, anyone out there that is running Jelly Bean, Ice Cream Sandwich, Gingerbread, or Froyo, more than likely still have vulnerable devices.

Here’s the number that you need to let hit home. 95.4% of Android users are not on the latest release of Marshmallow, or even Marshmallow at all. 95.4%! That should startle you.

Flagship devices, you would think, would be immune to this problem. In fact, however, they sometimes are the worst offenders. Our own Derrick Miyao wrote an interesting piece on why the Galaxy S7 may be getting only one major Android OS update. Typically, when you spend $700+ on a flagship device, you deserve to receive any and every Android update that comes. Unfortunately, this is not the reality. More than likely, you are going to get one Android version update; two at the most, if you’re lucky. If you want to stay up to date on the latest and greatest Android versions, you need to purchase a Nexus device.

Software fragmentation also creates issue for app developers. Imagine that you are an app developer. You’re ready write and release an update for your app. You start pulling your hair out because you soon realize that if you want to cover everyone out there using Android, you’re going to have to tailor your update to seven different version of Android. Seven. Android developers also have to take into consideration the various screen sizes and types that thousands of different android devices are using, when they create and update apps. This can be as challenging as managing seven different versions of Android is.

On the flipside, if you’re developing apps for Apple, you’re more than likely only going to have to take two versions of iOS into consideration; the latest release and previous release. Three iOS versions would be a stretch but it is certainly possible. That is still better than seven, however. If you’re tired of getting inferior versions of cross platform applications, do not blame the developers. Instead, point your fingers at Google and OEM’s like Samsung and LG. They are so hell bent on forcing their custom user interfaces (Touchwiz, for example)  down your throat that it’s costing you device longevity. One could even theorize that there’s a planned obsolescence conspiracy involved. This is a whole other topic in and of itself. The long and short of it is, you’re not getting Android updates because OEM’s have to update their custom user interfaces before the carriers will push said updates out to you.

This section will be much shorter. There’s less to say. If you take a look at the chart on the right, you’ll see that, according to Apple’s official statistics: 79% of iOS users are on the latest release. Compare that to Android’s 4.6%.

Many people out there will tell you that the iOS versions of cross platform apps feel more stable; better, even. The reason for this, when looking at the numbers, is developers are having to put less work into their updates. When you’re writing updates for two, maybe three versions of an OS, you have less to take into consideration and you can put more effort into update quality. This isn’t the case when you’re writing updates for seven versions of an OS. You’re putting more of your effort and focus into making sure everyone gets an update, and, consequently, may be putting quality and stability, mildly on the back burner.

I’ll start with Google. Last year, Google announced that it would be monitoring and reviewing all apps that are published to the Google Play Store. This is a major departure from the fomer “wild west” the Play Store used to be. Anyone, in the past, could essentially publish whatever they wanted on the Play Store and it would take reports of policy violations from consumers to get Google to take the offending app down. While it is good that Google is reviewing apps, its system is still very flawed and should venture toward less automation and more human interaction. Their approach seems to be more focused on getting apps published in a timely manner over strenuously confirming that the apps are safe.

Case and point: If you develop and app for the Play Store and submit it for publishing, you can see it publish within a few hours. Counter that to the average four day waiting period to publish to the Apple App Store. Google’s review process is fairly automated with some human interaction, according to an interesting article from Tech Crunch.

As we can see from these two snippets, the Google Play Store review process is largely automated, which is the reason you can publish an app in a matter of hours. It’s far fetched to think that a mostly automated process can catch everything, even with human involvement. Because of this, I would say that the Google Play Store is still far form secure and I would recommend you approach each download with caution. Even in Google’s official documentation, you are left with the impression that the Play Store’s ecosystem is still reminiscent of the “wild west.”

You can take a look at Google’s submission requirements and policies here, here, and here.

According to appreviewtimes.com, the average waiting period for publication to the App Store is four days.

Apple’s review process for potential apps is quite strenuous, which is why it takes upwards of four days. The App Store Review Guidelines lay out in great detail what Apple looks for when reviewing apps and what will lead to it rejecting your app. Apple considers this document a “living document,” in order to actively update its policies which can change on a whim. Tl;dr, I’ll sum up for you, what Apple looks at specifically when you submit an app for review:

Each of those categories contains an exhaustive list of Apple’s corresponding guidelines. If you fail in any of the above, your app will be rejected. It is of note that Apple has a board of appeals for rejected apps.

While Apple’s review process is not quite public, I stumbled across an interesting article from Business Insider, who had the opportunity to speak to someone who had worked on Apple’s actual App Review team. This man’s name is Mike Lee and he is a former Apple Senior Engineer who worked on Apple’s app review team. I’ll warn you that his quotes are quite humorous, but also a bit crude; but they provide great insight into how Apple does things.

As we can see, Mike also mentions in the article that the reason the review team is so small is because Apple is very particular about having “quality” people on the team. They want only the best involved in the process.

To draw this section to a close, I’ll sum up what you’ve just read. With Google, you submit your app to them, they have a largely automated review process (with limited human interaction) check it out. Your app will be live on the Play Store within a few hours (assuming no violations are found). With Apple, you have 28 general guidelines your app must fall within and a violation of any of them will result in rejection of your app. Apple’s review team is composed of a small team of actual human beings who do all of the work and it currently takes approximately four days for your submitted app to be approved. From these facts, I think it is safe to draw the conclusion that Apple’s app store is far more secure and their review process far more stringent as compared to Google’s.

iPhones hold their value longer than Android phones. This is an undeniable fact. The same applies when comparing the resell value of Macs and PC’s. People will spend more on a used iPhone than they will a used Android device, and this rule also applies to legacy devices from both camps.

Apple will also continue to support its devices longer than Android OEM’s support their devices. This ties into the software fragmentation issue I presented at the beginning of this article. Samsung, LG, HTC and most of the big name Android OEM’s will only support a flagship for roughly 2.5 years. You will more than likely get only one, maybe two major Android updates during the life of your device. Compare that to Apple, who is still supporting the iPhone 4S, which was released in 2011. That’s a five year old device running the latest version of iOS (at the time of this writing, the latest release is iOS 9).

Now let’s talk about resale prices. The data I am going to present applies to flagship Android devices released in 2014 from Samsung, LG and HTC, and to the iPhone 6 and 6+ which were both released in 2014 as well. 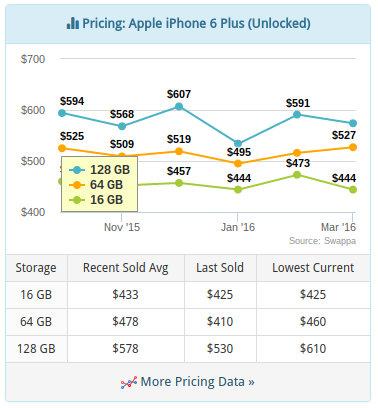 I did check ebay.com listings, but they were all over the place with prices and listings so I opted to exclude them. I felt that Gazelle and Swappa provided more consistent and accurate pricing information.

You may be asking, “Hey! What about the Galaxy Note?” Let’s take a look at those numbers and compare them to the iPhone 6+.

gazelle.com is not currently showing any listings for the Samsung Galaxy Note 4. swappa.com is showing the average price for an unlocked, 32GB Samsung Galaxy Note 4 [N910H] at $344. If I subtract that form the lowest price of the iPhone 6+ 16GB model (there is not 32GB model for the 6+), there is a price difference of $70. Again, the numbers show that iPhone holds its value longer.

Google, it’s time to make some changes. Here’s what I recommend you do:

Android devices will never hold the same value, over time, that Apple devices do. If you want to close this gap some, implement the stricter standards I mentioned. Start weeding out the manufacturers who have no business putting your name on crap devices. The fewer manufacturers, the more valuable the product that makes it to market.

You’re at a crossroads. You’re either going to become the “cheap alternative to iPhone,” or you’re going to be its truest competitor. You better hurry up though, because if Apple ever pulls their heads out of their butts and implements a customizable desktop with Widget support, you’re screwed.