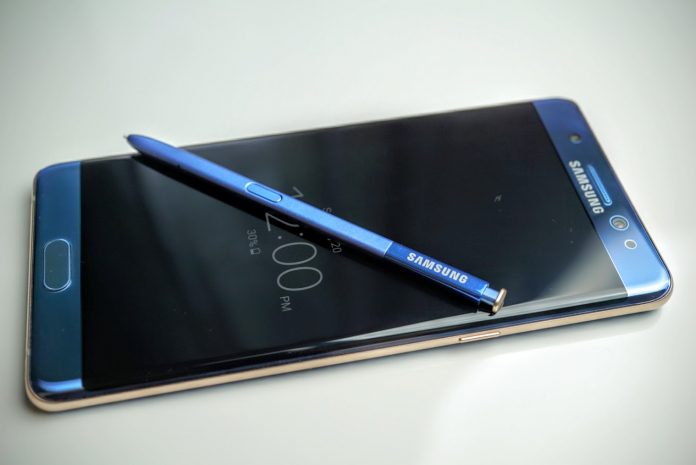 For fans of the Note lineup, the last few weeks have been pretty awful. We started off with reports of 30 or so phones’ batteries exploding which prompted a total recall and replace by the South Korean giant. Some carriers offered full refunds for the device while others stuck to the replacement program, but everyone recognized the problem.

Most, if not all, of us, thought the problems were over with the new Samsung Galaxy Note7s. These phones, with a special green battery indicator and black square on the box, were supposedly safe to use. Samsung told us that it identified the issues and moved to a new battery supplier. But, as we’ve found out over the past week, the fix didn’t take and more phones have blown up. At the time of writing, I’ve seen seven separate reports of phones having issues. These incidents are all under investigation and yet to be verified, but the issue is serious enough for all four major carriers in the United States to stop selling the Note7 and for Samsung to put a halt on production.

So, where does that leave current owners and those looking at the Note lineup for their next device? Well, if you already have a Note7 you are under no obligation (yet) to return it. It might be in your best interest to do so, but that’s a decision you’ll have to make for yourself. For those of you who wanted a Note7, you’re going to have to look elsewhere. We’ve put together five options that might not be exactly what the Note7 is but should serve as excellent substitutions.

The LG V20 is the successor to the V10, one of the best phones of 2015. LG’s late year flagship is designed all around multimedia- both the consumption and creation. The V20 has a large 5.7″ 2560x1440p display that will be excellent for watching YouTube and Netflix videos as well as a quad DAC (digital to analog converter) for the best possible audio quality.

LG returns another dual-camera setup to the rear of the V20. This has become all the rage this year and the V20 will use those cameras along with a “steady as you go” system to smooth out video recording. The V20 also has more control in recording audio than we’ve ever seen in a phone before. The Pro Video mode will allow you to adjust exactly how much audio from each of the right and left channels you capture. The control goes beyond just audio. You can also adjust the white balance, auto-focus, and other important factors in the Pro Video mode.

You’ll be able to fit your entire group of friends into any shot since the V20 has front-facing and rear-facing wide-angle lenses. If you’re more interested in a true-to-life picture, you can flip back over to the regular lens and capture pictures with the 16MP camera.

And, if that’s not enough for you, the V20 will also be the first device to ship with Android 7.0 Nougat. While the Nexus devices have received their over-the-air update, the V20 will beat Google’s own Pixel and Pixel XL to the market with the newest version of Android. We hope that this shows a strong commitment from LG on fast software updates and innovative software features. 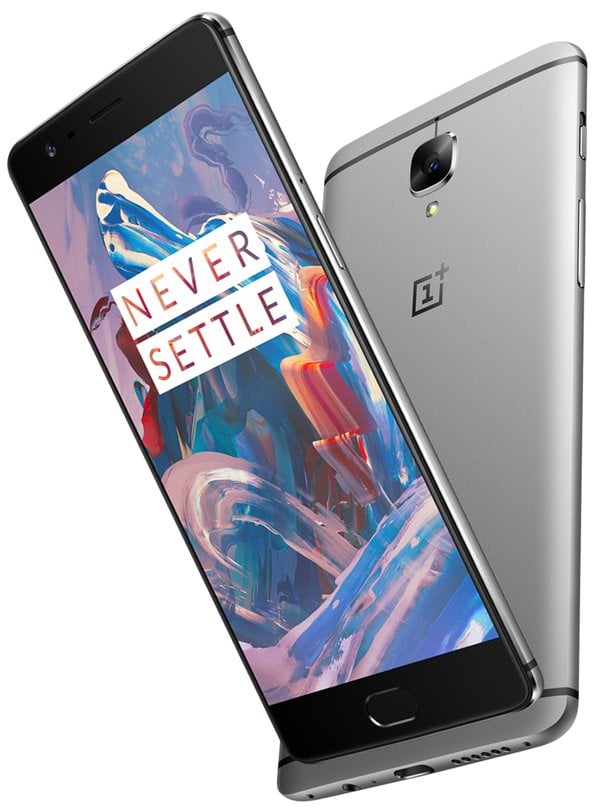 The OnePlus 3 may be the headliner of the midrange priced phones with flagship specs. With 6GB of RAM (2 more than the Note7) and a Qualcomm Snapdragon 820 (the same as the Note7), the OnePlus 3 can go toe to toe in processing power.

While the OnePlus 3 doesn’t use the same build materials, it does use an excellent combination of a glass front and aluminum sides and back. The phone feels a lot like something from the HTC flagship lineup of the last few years- and that’s a good thing.

If you care about software more than hardware, you may enjoy the OnePlus 3 even more than the Note7. Samsung is notorious for packing its devices full of features (and bloatware), but OnePlus has taken the opposite strategy. The OnePlus 3 runs a custom version of Android called Oxygen OS. It’s visually almost identical to Stock Android while featuring smart tweaks to make the phone more powerful. You have the ability to use hardware or software buttons since the phone has both and can program what happens on long or double presses of the home, back, and multitasking buttons.

A large development community has popped up around the OnePlus 3 due to the relative ease in unlocking and rooting the device. If you’re not satisfied with the stock software, you can easily install Cyanogenmod or another ROM at your leisure.

While the OnePlus 3 may not have as many standout features as the Note7, it does beat it on value. You can buy two OnePlus 3’s for the price of one Note7 if you wanted to.

Samsung’s early year flagship phones are still an excellent choice if you’re picking up a phone today. In fact, the Galaxy S7 Edge is almost identical to the Note7 and even has a bigger battery and is slightly easier to handle due to a smaller display.

The Galaxy S7 and Galaxy S7 Edge match the display quality, water resistance, expandable storage, and quick charging abilities of the Note7. Unfortunately, the S7 and S7 Edge still use micro USB cables to charge instead of USB type-C due to the desire for the phones to be compatible with the Gear VR.

Want a compelling reason to pick either of these phones over their big brother? Price. The S7 comes in at $200 lower and the S7 Edge is $100 cheaper. You could save that money and go grab yourself a nice microSD card to expand your storage. The phones are so good that the Mobile Choice Consumer Awards just named the Galaxy S7 Edge the phone of the year. 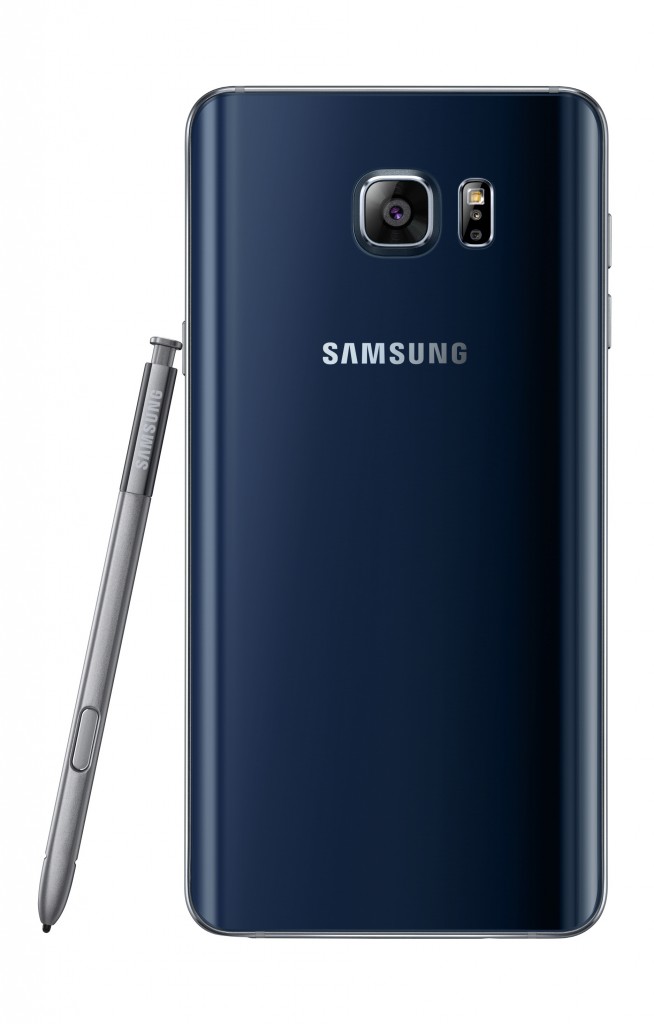 If you’re interested in a Note, why not get a Note? Up until 2 months ago, the Galaxy Note 5 was the best option on the market for Note loyalists, and while it may not have some of the features that the Note7 does, it is still an excellent phone capable of serving as your daily driver.

What you won’t get is expandable storage and water resistance. While that’s a bummer, those aren’t  deal-breakers to most people. You will still get a Quad-HD resolution display, the S-Pen stylus, a big battery and a ton of software features. The latest version of Android and TouchWiz should be coming to the Note 5 soon so the phone should only get better.

The Note 5 has a Samsung Exynos 7420 octa-core processor, 4GB of RAM, 32GB of storage, a 3000mAh battery and one of the best cameras on the market. The phone is still very comparable to those being sold this year as flagships with much higher price tags. If you don’t mind picking up a gently used device, head over to Swappa.com and find a Note 5 that fits you. 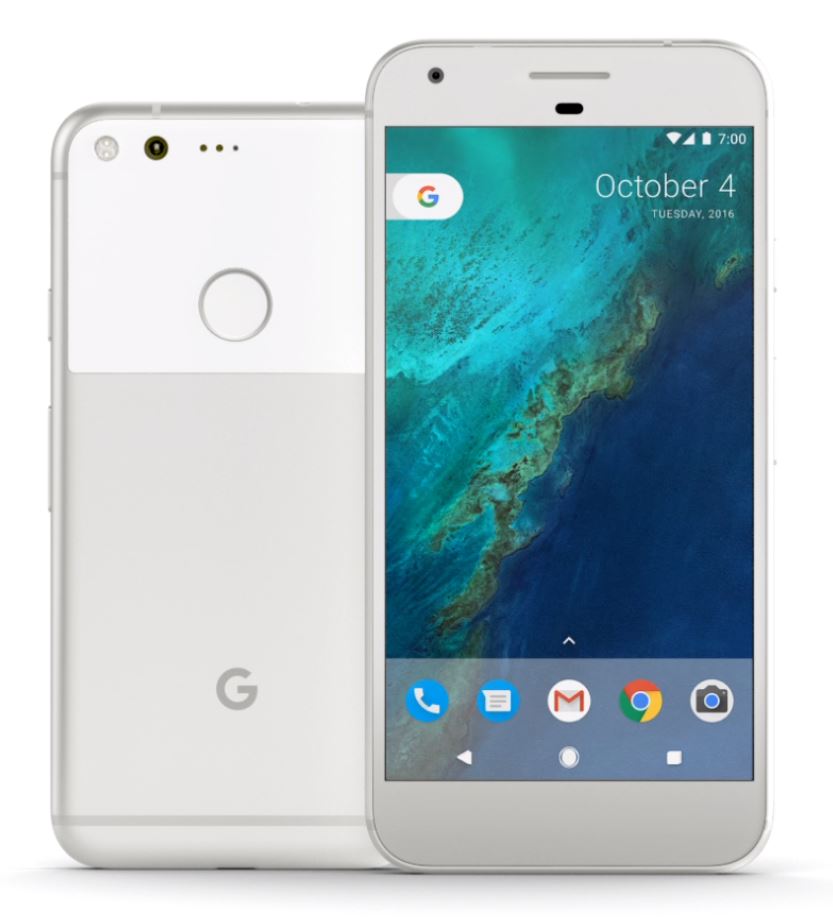 No-one may benefit as much as Google from the Note7 crash-and-burn. Google recently scrapped its normal Nexus devices and instead turned to a new type of phone, the Pixel. The Pixel lineup has existed within Google for a while now and represented devices that Google fully controls both the hardware and software on. If you’re looking for a recently released flagship device, the Pixel and Pixel XL are probably the last true flagship devices that will be released until early 2017 when we expect to see new devices from Samsung, LG and HTC.

The Pixel XL is the larger of the two devices, coming in with a 5.5″ QHD display. It packs in 32GB of non-expandable storage, 4GB of RAM, a Qualcomm Snapdragon 821 processor, and a camera that Google claims is the best on the market today. In terms of display, processing power and camera, you’re not going to find a closer comparison to the Samsung Galaxy Note7 out there.

Normally this is where I’d make the case that you’re leaving some software features for the relatively spartan Stock Android experience from Google, but this year is different. Google has put an emphasis on software features in the Pixel with built-in Google Assistant support. Google will also be offering Pixel and Pixel XL owners unlimited, full-resolution uploads for video and pictures taken with the devices so while the device storage isn’t expandable, some of the load will be taken off by using the cloud.

Nothing is going to exactly replace the Samsung Galaxy Note7, but if you consider what your mobile must-haves are, there is definitely a phone on the market that will suit your needs. Do any of these tick enough boxes for you? Let us know down in the comments what you’re considering now that the Note7 is no longer an option.