Nine years ago today, the world saw the release of the Android operating system. Like any operating system, Android has gone through many versions, each with its unique features and additions to the Android ecosystem. Android was revolutionary at its launch, and it continues to inspire growth and new design in a crowded industry. To celebrate almost a decade of Android devices, we invite you to join us as we take a look at the history and biggest moments of both Android the OS and Android the company.

Android, Inc., the brainchild of Andy Ruin (co-founder of Danger), Rich Miner (co-founder of Wildfire Communications, Inc.), Nick Sears (former VP at T-Mobile), and Chris White (headed design and interface development at WebTV), was founded in October 2003 in Palo Alto, California. The company had to abandon its original goals of developing an advanced operating system for digital cameras after the founders realized the number of devices available to run their software would be minuscule. Instead, Android, Inc. turned its focus to the mobile market to take on the likes of Microsoft and Symbian.

One thing that immediately set Android apart from the competition was the fact that it is open source and completely free for phone manufacturers (OEMs) to use and modify. In the past, phone manufacturers would have to pay to use software. OEMs would then have to build devices to the specifications needed to run the software they had purchased. Android threw all that out the window by allowing OEMs to use the software for free and to make any changes needed to make it run on the devices they designed. 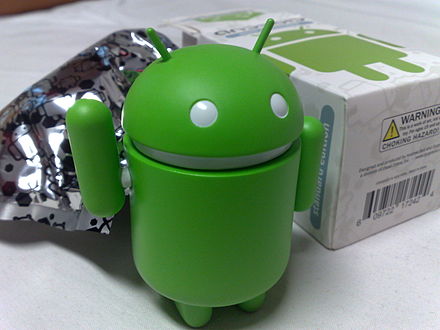 Google’s co-founder Larry Page took an early interest in Android. In January of 2005, Page and his Google co-founder Sergey Brin sat down with Andy Rubin and Nick Sears. Page wasted no time with small talk and jumped straight into the conversation by complimenting Rubin’s work on the T-Mobile Sidekick. Brin followed with a few jokes before getting in depth about the technology powering the Sidekick. While this conversation was friendly, Page and Brin tested Rubin by questioning him about what he could have done differently with the Sidekick. The conversation quickly turned into a collaborative process talking about the problems Rubin faced with the Sidekick faced. 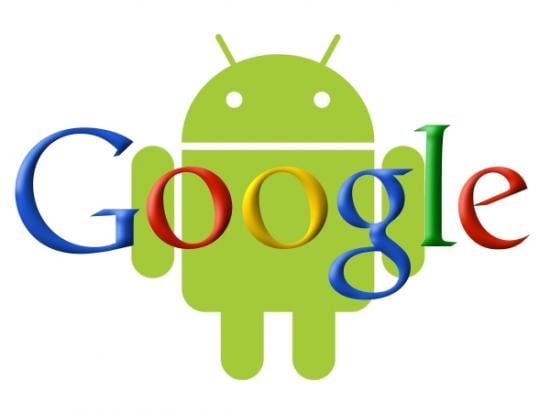 While the purpose of the meeting may have been a bit confusing for Rubin and Sears at the time, Google’s interest in Android was evident.

A month and a half later, Page called Rubin back for a second meeting, and Google made its intentions clear. Google wanted to buy Android. While Rubin, White, and Sears were on board and wanted to sell to Google, Rich Miner wanted to company to stay small. Given Android’s financial state at the time, though, all four of Android’s founders eventually decided to sell and moved its base of operations into the Googleplex on July 11th, 2005. 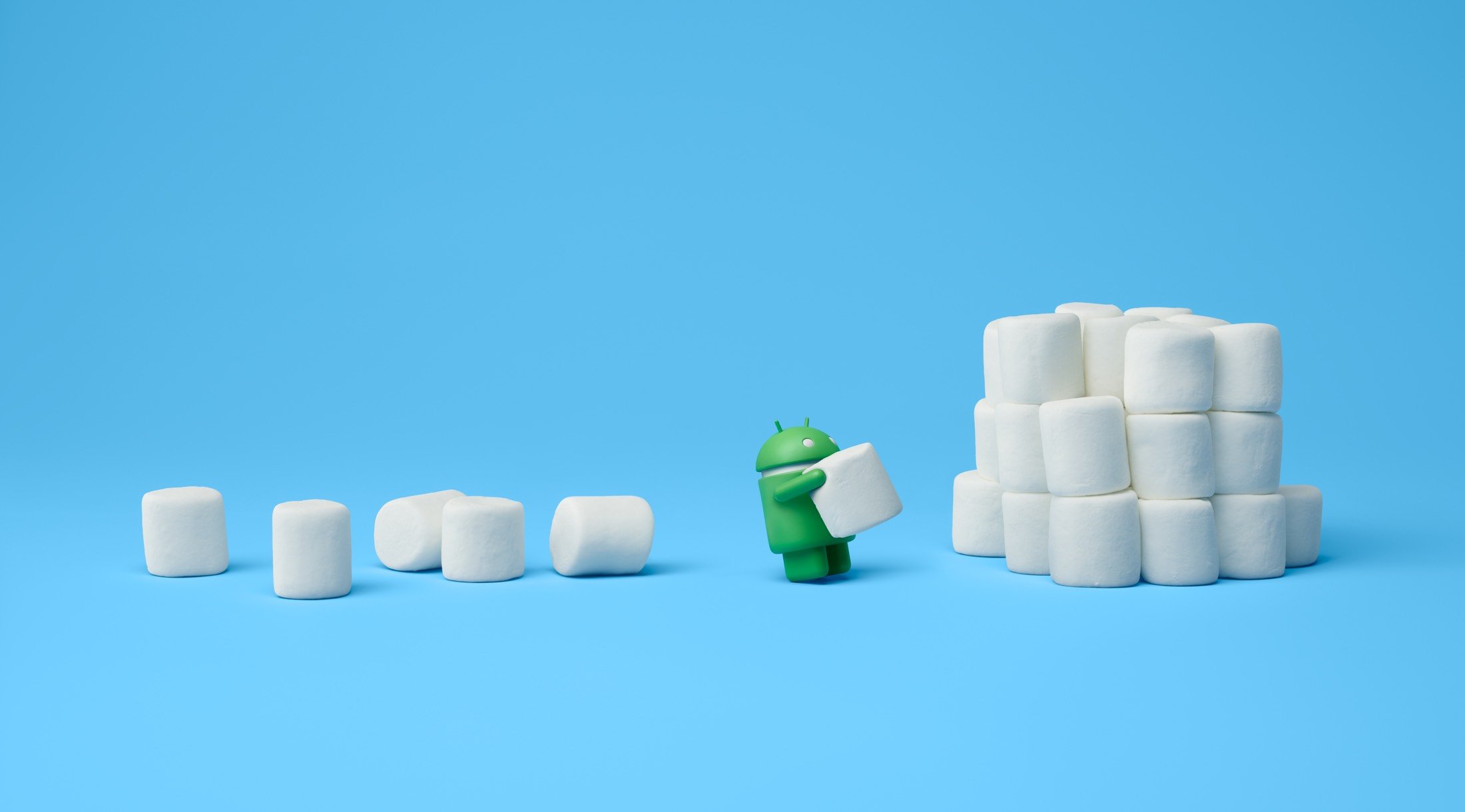 Following a shocking iPhone announcement, rumors began to surface about a new Google phone. Google began to show up more and more in the media and speculations about a Google phone ran rampant. Tensions were heightened in September of 2007 when a leaked report revealed Google had filed for multiple patents having to do with the mobile devices. 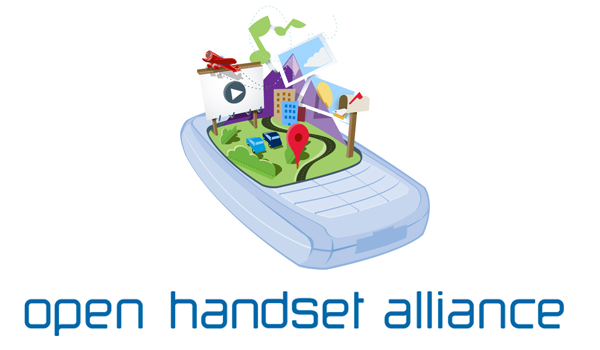 On the 5th of November 2007, Google unveiled its secret project, the Open Handset Alliance (OHA). Founding members of the OHA include Samsung, HTC, Sony, Motorola, Qualcomm, T-Mobile, and many more. Google built the OHA as a commitment to openness, to establish standards for mobile devices, and to create a better experience for users. Together with Google at the helm, the OHA announced the release of the Android operating system. On October 22, 2008, almost a year after Android’s launch, HTC released the first Android-powered smartphone, the HTC Dream.

The sweetest version of Android yet 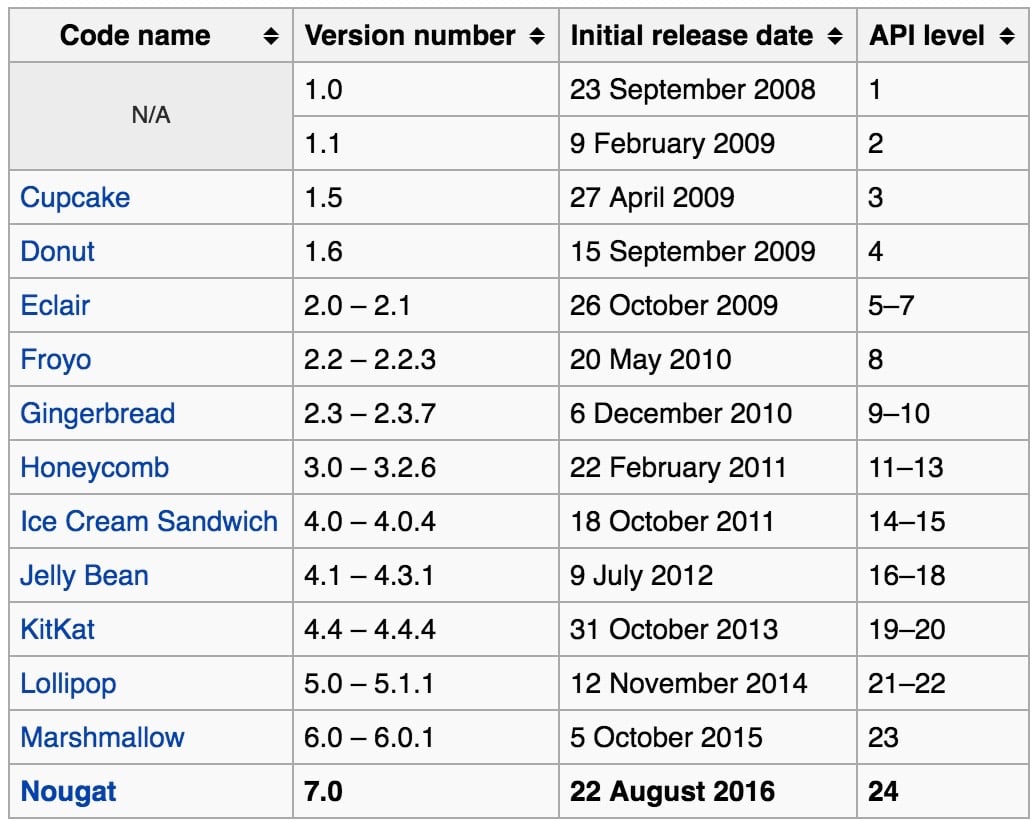 In addition to a “sweet” name, every version of Android has brought support for new features and hardware that previous versions were lacking such as widgets in Android Cupcake, support for CDMA networks in Android Doughnut, and Material Design in Android Lollipop. 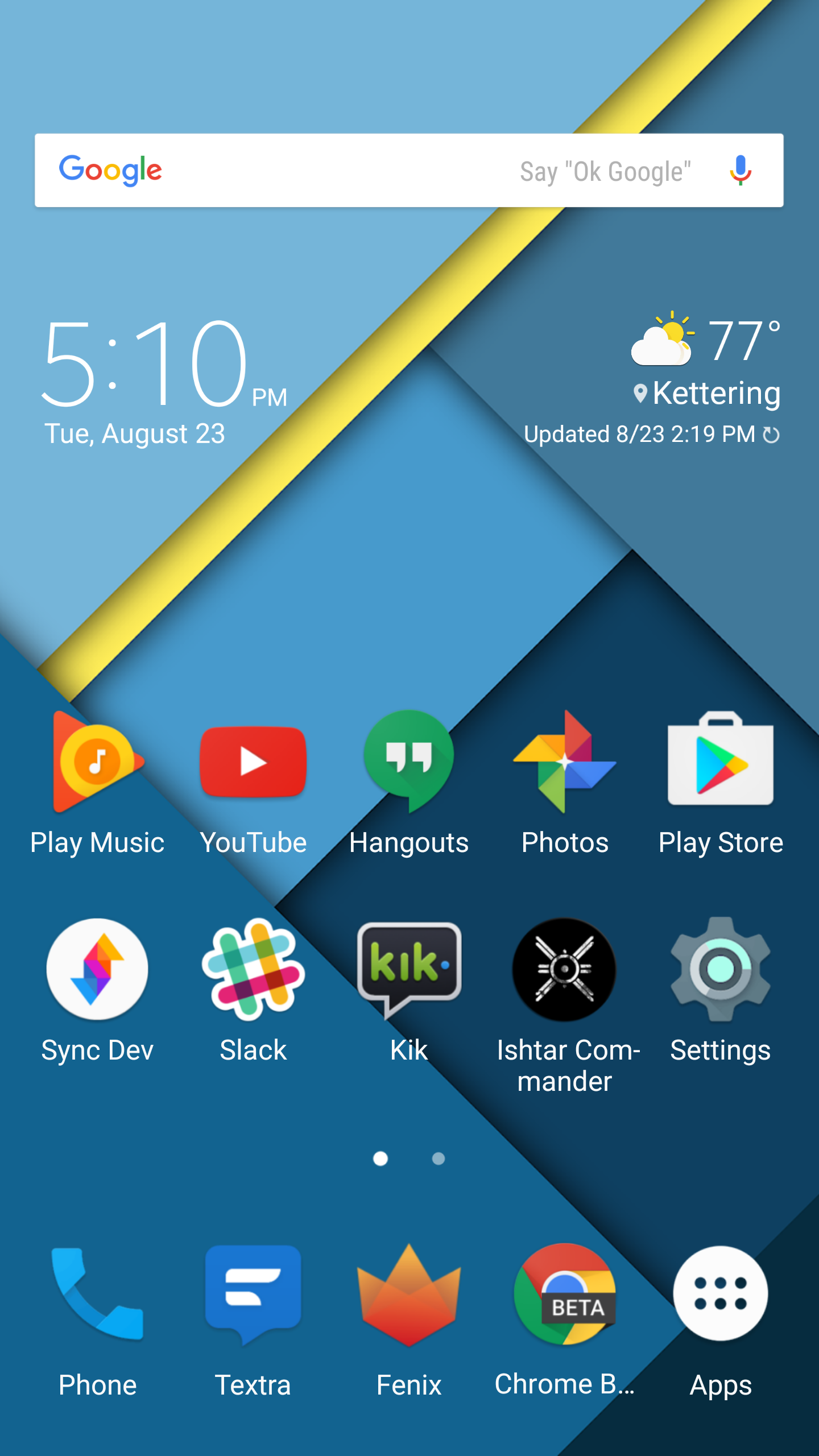 Material Design was introduced in Android 5.0 Lollipop and is one of the biggest UI design changes Android had seen since its inception. With Material Design, Google seeks to “Develop a single underlying system that allows for a unified experience across platforms and device sizes.”

To create the unique look and feel of Material Design, Google’s designers looked at paper and ink for inspiration. The designers would often make the app icons they were trying to design to see its texture, the way the light interacted with it, and how it moved. 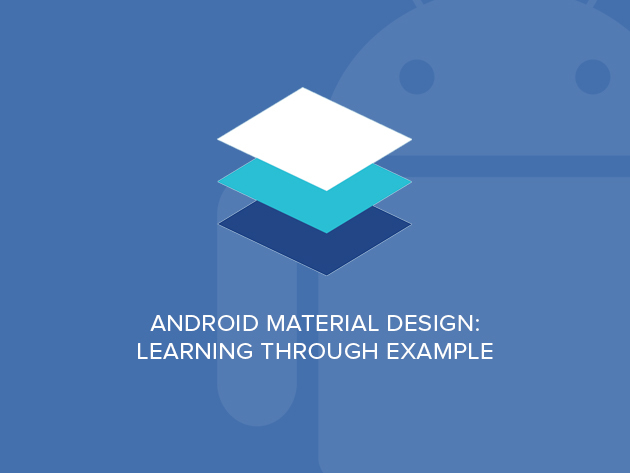 Material Design expands upon Googles “card motifs” while making good use of grid-based layouts. The use of these grids makes the theme very organized user-friendly. Due to this organization, apps can easily be organized to fit into the established design within Android. This creates the uniform feel and experience Google is striving for across its platforms.

Android has been through a lot in the last nine years. It has grown from a small startup to a piece in the large Google puzzle. We have seen 12 versions of Android, each adding something unique for users to experience. Today, Android has a dominant market share controlling 75.6% of the market. The journey to this point has been long and arduous at times and Android has had to overcome iOS, Symbian, and Microsoft to get to this point. Android, the OHA, and Google were able to accomplish this feat with beautiful innovation, intelligent design, and keeping the user experience the priority. Seeing how far Android has come in less than a decade make us hopeful and excited to see where it will go.