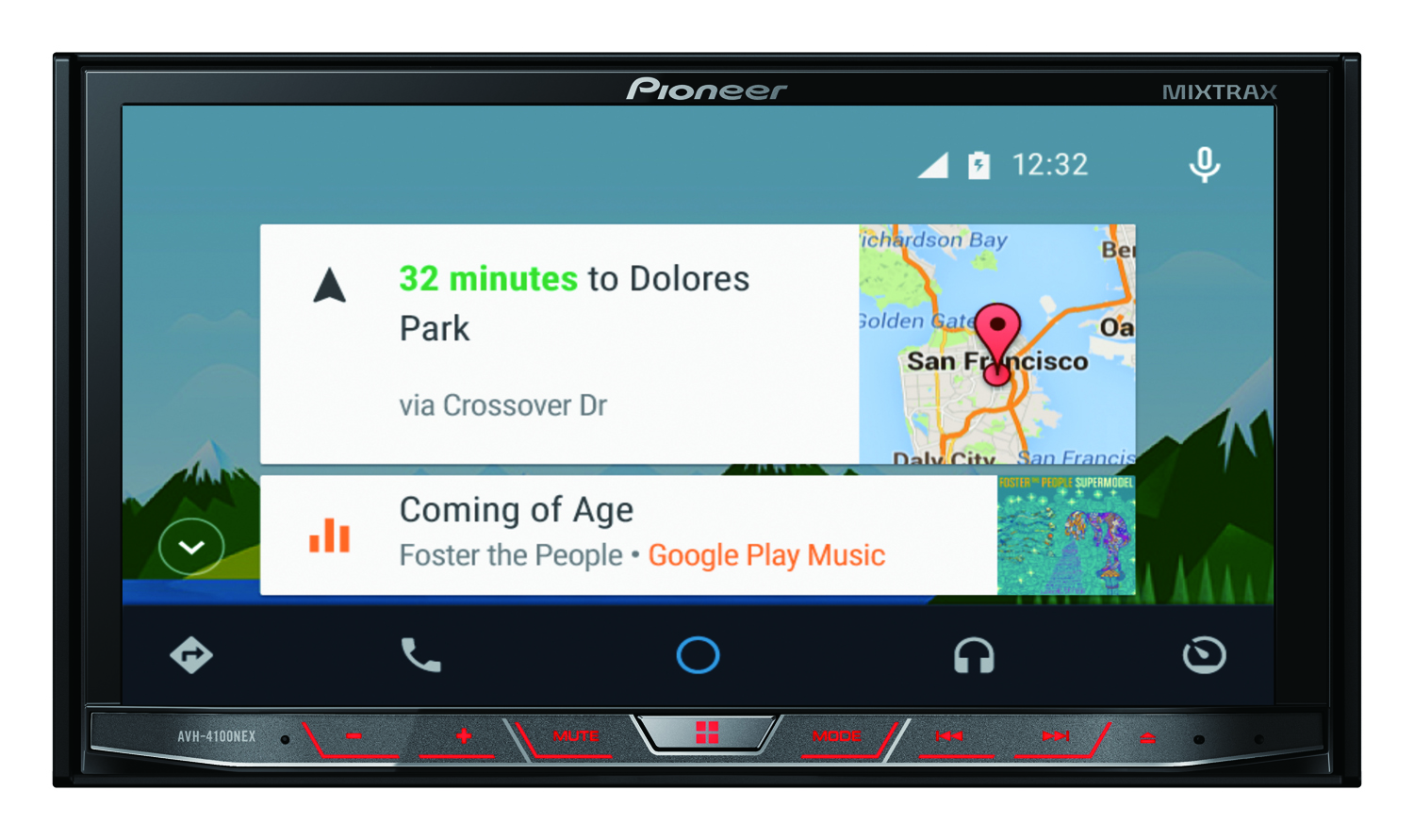 CES 2015 held a lot of new technologies that will drastically change our daily lives soon. From self-driving cars, to Intel’s RealSense technology, there were a lot of things that are on the brink of entering the market and changing things forever. One of those things is Android Auto.

Google announced Android Auto at Google I/O 2014, and since then we’ve been waiting patiently for more information about it. Seeing as this is a “1.0” product, some coding issues caused a bit of a push back from the “end of 2014” timeline they gave, but during CES Pioneer announced after market stereos that would be released with Android Auto in them. I had the opportunity to have some interaction with Android Auto, and I couldn’t be more excited about it. The way it works is you connect your Android device (needs Android Lollipop) via USB to the console (I was told that the Pioneer stereos would have this connection available for older cars that don’t have a USB port in them), and the stereo launches Android Auto on the screen, and essentially turns off your smartphone (for safety reasons of course). You’re greeted with a Google Now-like interface, with cards that are populated with information from your Google Now and any apps running. For example, if you had searched on your smartphone the nearest pizza place and found one, Android Auto might display a card that would launch Google Maps with directions to the pizza place (just as the Google Now on your phone would). 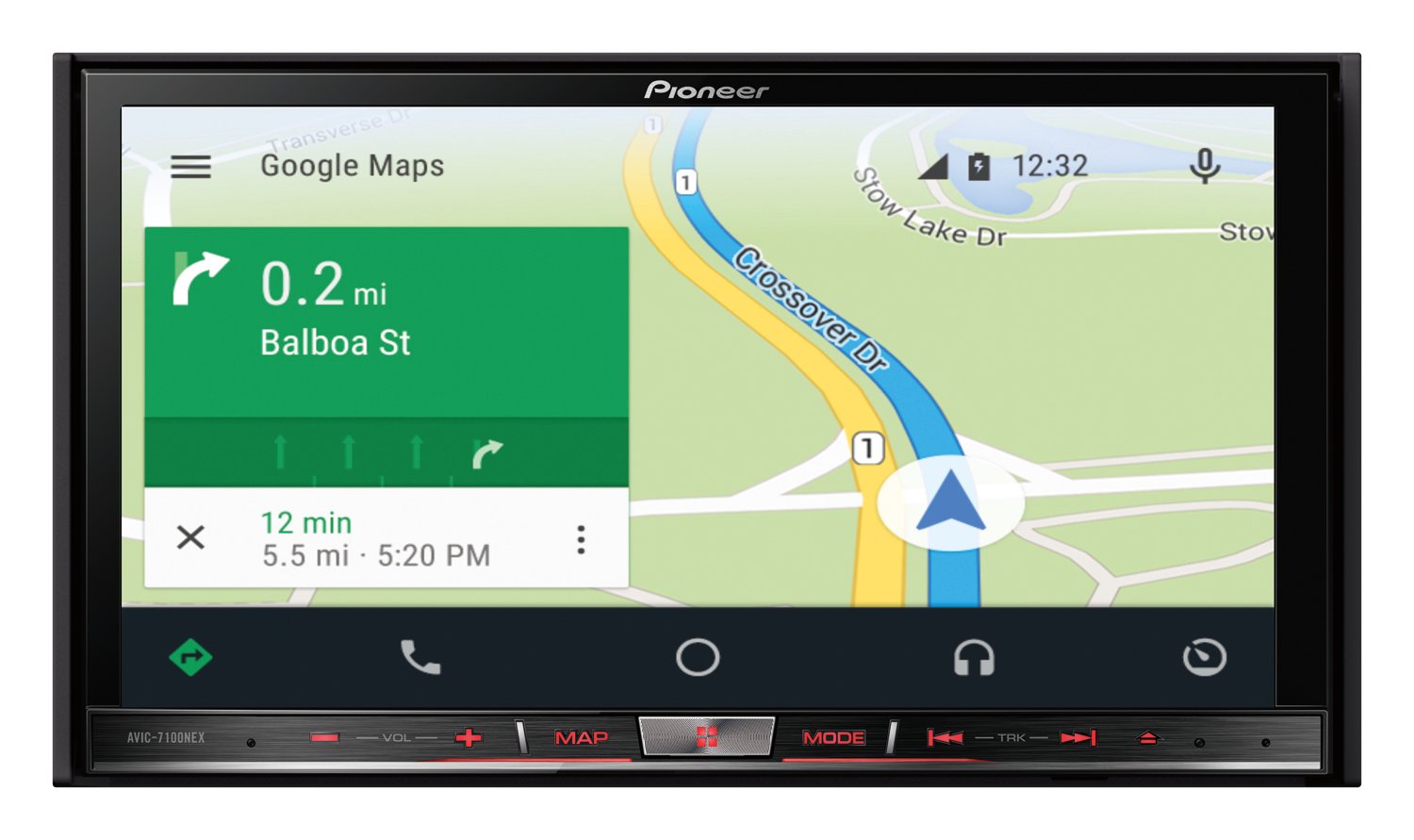 Otherwise, the Pioneer stereo can be connected to steering wheel controls that you could use to launch voice control to ask for directions wherever you’d like. Google’s Knowledge Graph is a part of Android Auto as well, so the conversational aspect of voice control in Google Now is present. For example, I could ask it what the hours of the San Diego Zoo are (which is then answered by voice only, so as not to distract you while driving), and then right after that ask “how far is it?” and I’d get another answer regarding the distance of the San Diego Zoo from my position, and the option to launch directions there. This makes driving to places last minute or spur of the moment much easier. All of the voice control is actually occurring through a Bluetooth connection between your phone and stereo, so information is based on internet connection. 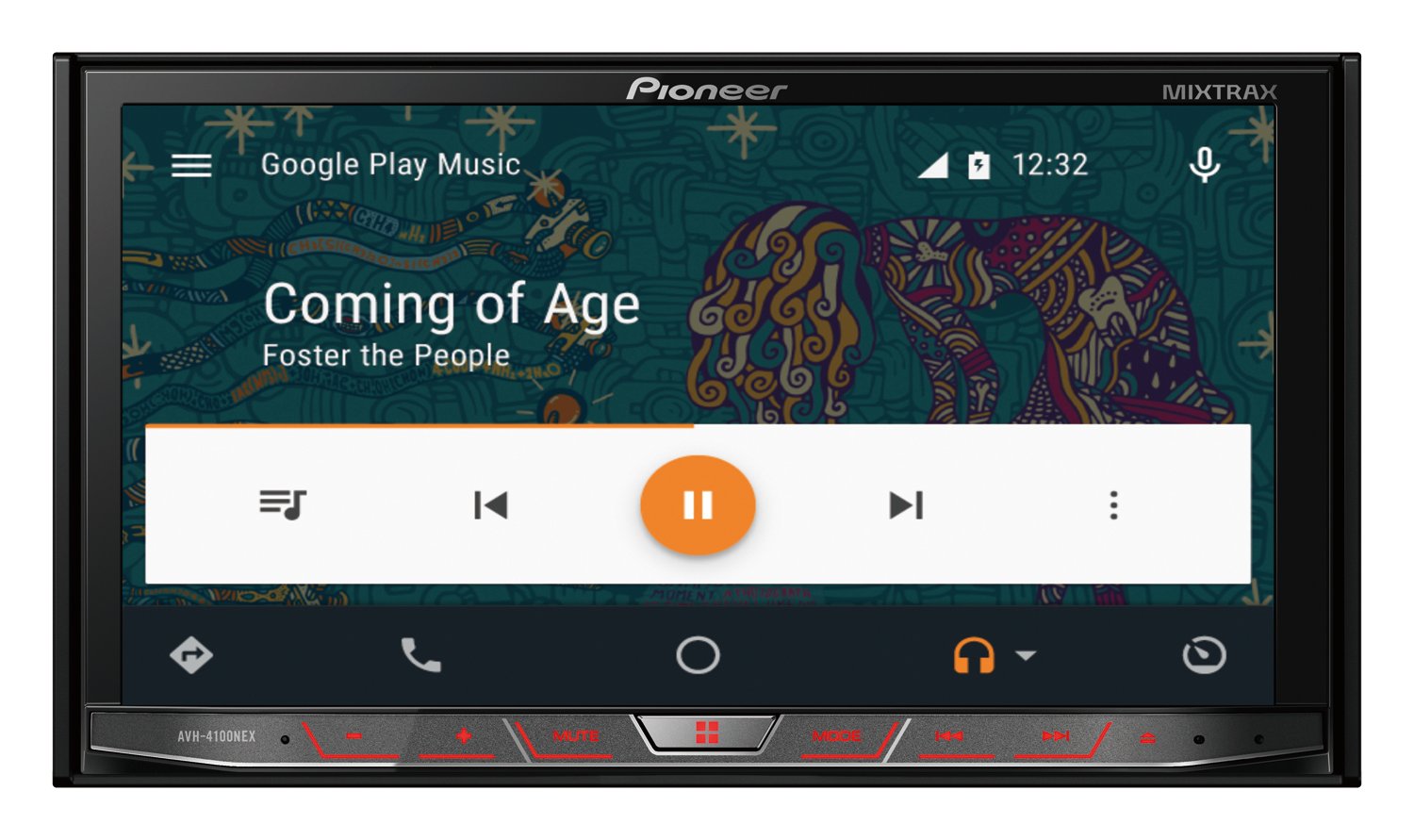 When you want to play music, you have options in the form of any app that has Android Auto functionality. The two I looked at where Google Play Music and Spotify. Because of safety, Google is more strict in terms of Android Auto app guidelines, so really the only difference between the two apps were some of the colors being different, with Google Play Music being orange and Spotify green. Selecting music can be done through voice control as well, with a command something along the lines of “Play Animals by Maroon 5 on Google Play Music.”

All-in-all, it was a great experience, and seeing the first iteration of Android Auto to likely be on a stereo you can install in other cars is fantastic. I can’t wait until I can get my hands on Android Auto myself, and see the world use it, because on top of all of the cool features, there is a lot of potential for people to stop texting and driving by using this.

Look out for Android Auto on Pioneer stereos coming sometime in March.