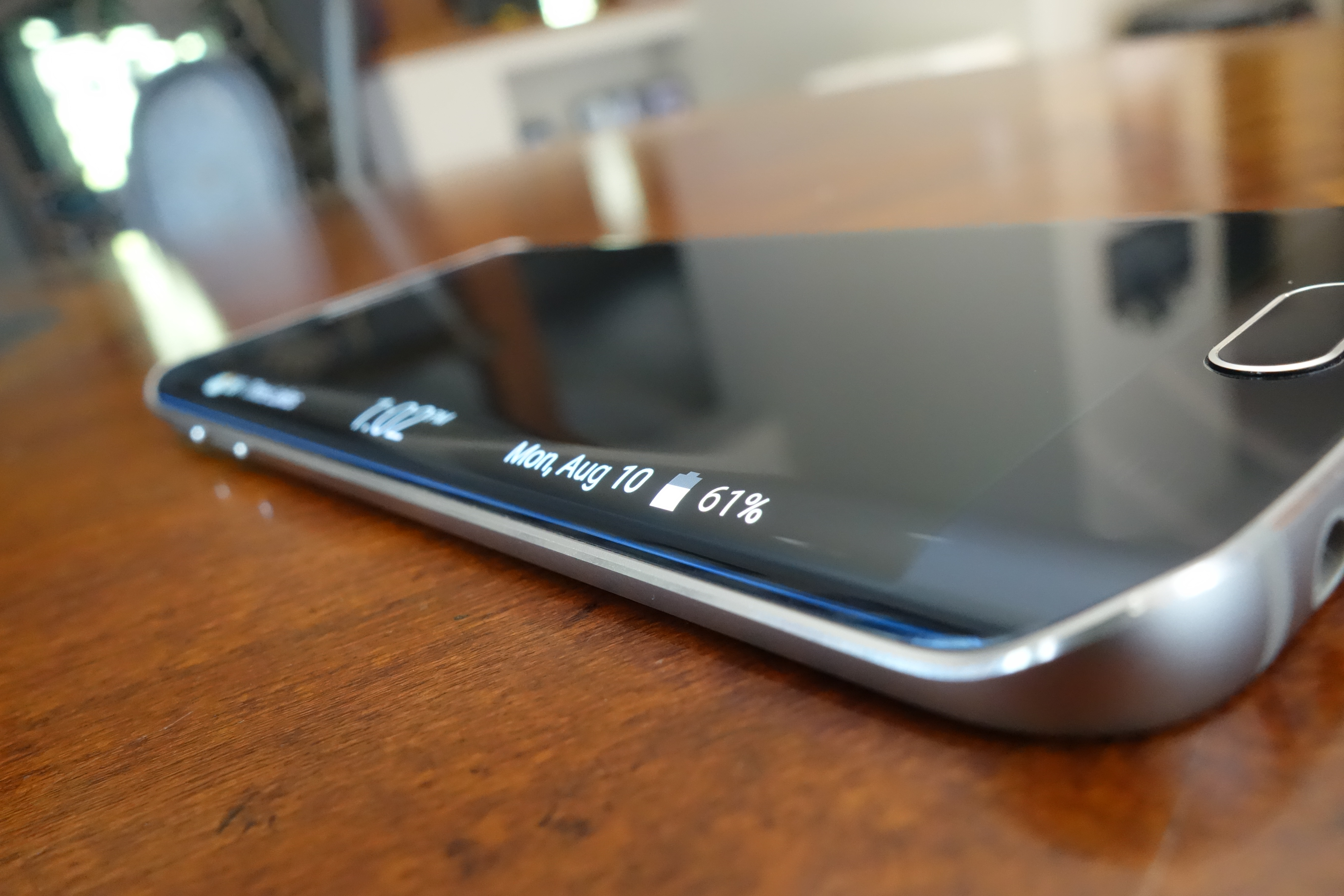 Like many, I was captivated by Samsung’s Spring flagship launch this year.  But this was not due to the beautified Galaxy S6.  Rather, it was the evolution of Samsung’s screen-bending experiment, resulting in a smartphone that looked like no other.

We’re becoming accustomed to seeing minor updates to each established smartphone design.  This circumstance is most true in 2015 than any other year.  But I think I speak for many when I say that the S6 Edge was a breath of fresh air, regardless if you actually bought it or if there there was practical sense behind the feature.

With that thought, what does the S6 Edge mean for the future?  Samsung in fact underestimated demand for the S6 Edge (which was one reason S6 sales took a hit).  Meaning, this was a dart that Samsung threw that stuck.  Or was it?

The Note 5/S6 Edge+ releases are looming.  After having some time with the S6 Edge, I’m ready to move on with the annual shift to phablets.  Therefore, I’m at a crossroads.  Looking solely at the screen differences, I’m questioning whether I should get an Edge device again.  Did my lust for those sexy edges leave me satisfied from day to day?  Or maybe my desire for something unique led me astray and stuck with a costly prototype?

This is a very important question to ask.  Not just for myself but for those who are about to upgrade.  I’m sure there are plenty of folks that turned down the S6 Edge solely because it was too small for them.  The unthoughtful battery life could have also been a factor.  The S6 Edge+ will alleviate those concerns.  So should you do it?

The answer is:  I don’t know.  That may sound like a crappy answer, but hear me out.  All the practicality in my mind tells me that it’s not worth it:  the $100 price hike, the reduction of grip on the sides, and the compromised handling ergonomics to avoid touching the screen at the edges.  Also, the functionality that Samsung created to utilize the edges is humorous. 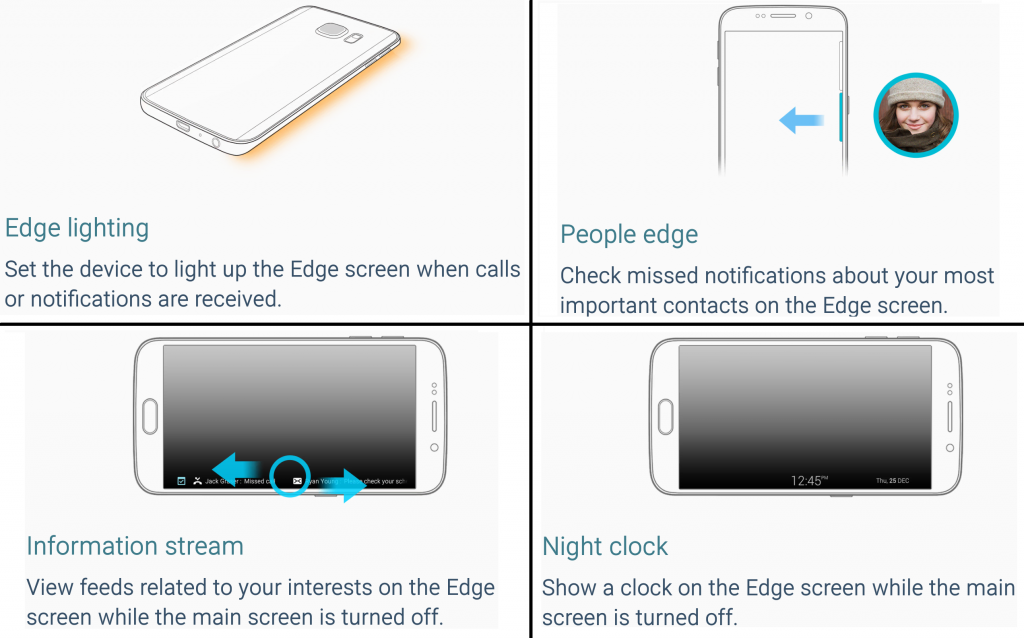 Why would you use a sliver of your phone’s screen for information?  Isn’t it just as easy to turn the phone on, and more efficient?  There’s no reason why the People edge feature should be exclusive to the S6 Edge, it’s just a swipe to access a Contacts panel.  I guess the Edge lighting feature is cool, but I can’t see most people putting this phone face down.

So where’s the dilemma then?  You see, there is a part of me that still wants the edged screen a part of my life.

Does that make me shallow in my smartphone decision-making?  Maybe.  I love the fact that the Edge looks different, and I can’t get over it.  This is even considering that I sometimes tune the feature out.  When I handle the phone, the edges always catches my eye.  It looks futuristic.  When people see it in my hand, they notice it.  The look on their face says “What the heck is that!?”  When I scroll to the left and right on the phone, content doesn’t just slide, it falls.  The screen reacts in a new dimension, and you bet it’s as neat as it sounds. 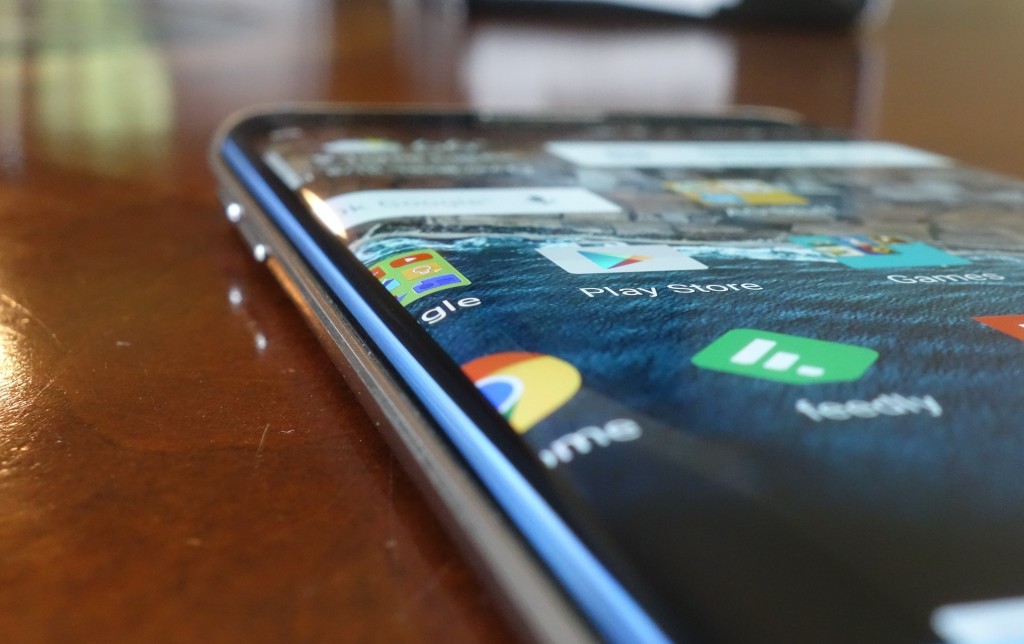 So while I have yet to resolve my own internal conflict, I’m hoping that I at least provided insight for those who are curious about Samsung’s edge feature.  Who knows, maybe with the S6 Edge+ release, Samsung has figured out how to give the edges more worth.  On the other side of the coin, the Note 5 will have a stylus and a larger battery.  While curved edges are intriguing, they can’t outweigh a slew of compromises.  We’ll soon see what Samsung has conjured up at the Unpacked event on Thursday.