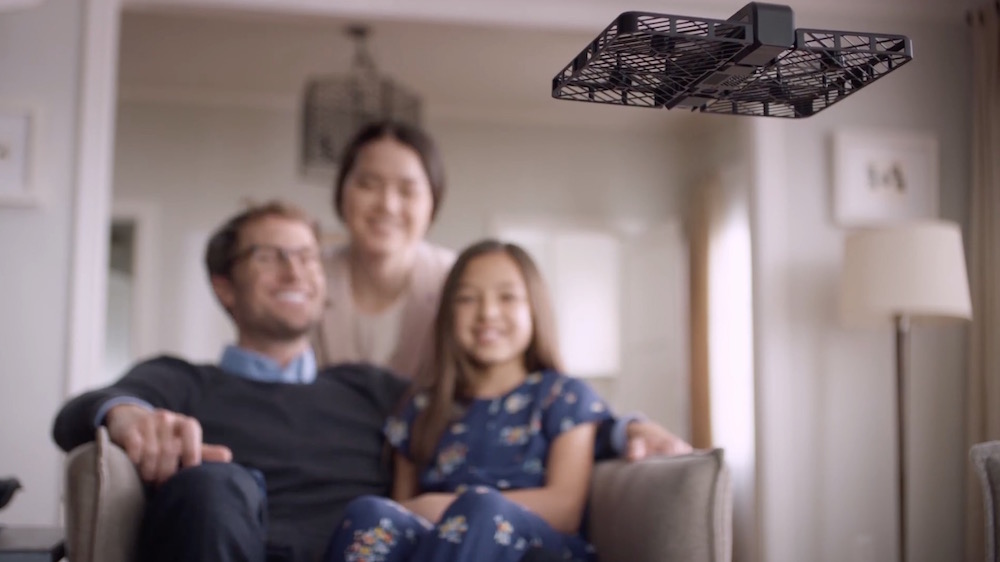 The selfie phenomenon has become deeply embedded in our culture. Everyone is doing it, from celebrities at the Oscars to kids and grandparents and even the folks at White House is getting in on the action.

Taking selfies with your smartphone has become the social norm, but what if you want do to things a bit more differently? What if you are a person with a taste for the unique? Well then you get a selfie drone and get photographed from the air. Yes, selfie drones are actually a thing and in the article that follows we’ll detail some of the best products in the category, just for your pleasure: 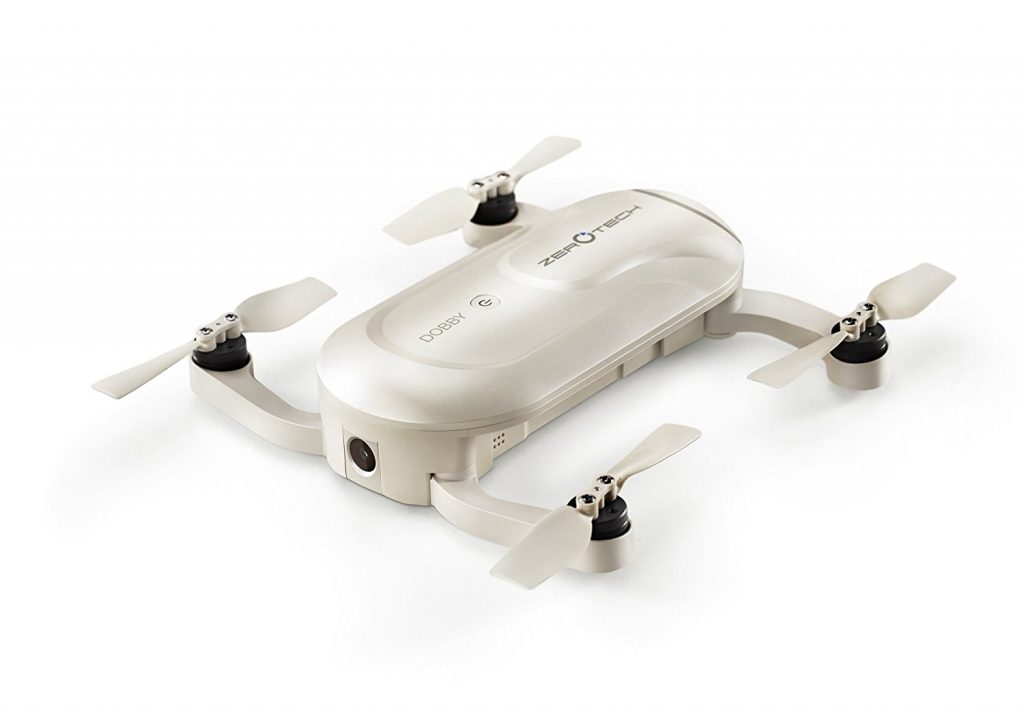 Surely a selfie drone must light, compact and easy to use, right? The Dobby drone competently ticks all of these boxes. This little flying robot is promoted as a pocket sized selfie drone and can actually be tucked away easily.

The Dobby Drone is extremely easy to use, as it can take off from your palm. The drone produced by ZeroTech is powered by a Snapdragon 801 processor and features a 13MP camera onboard capable of snapping (stabilized) 4K images and videos at 1080p. 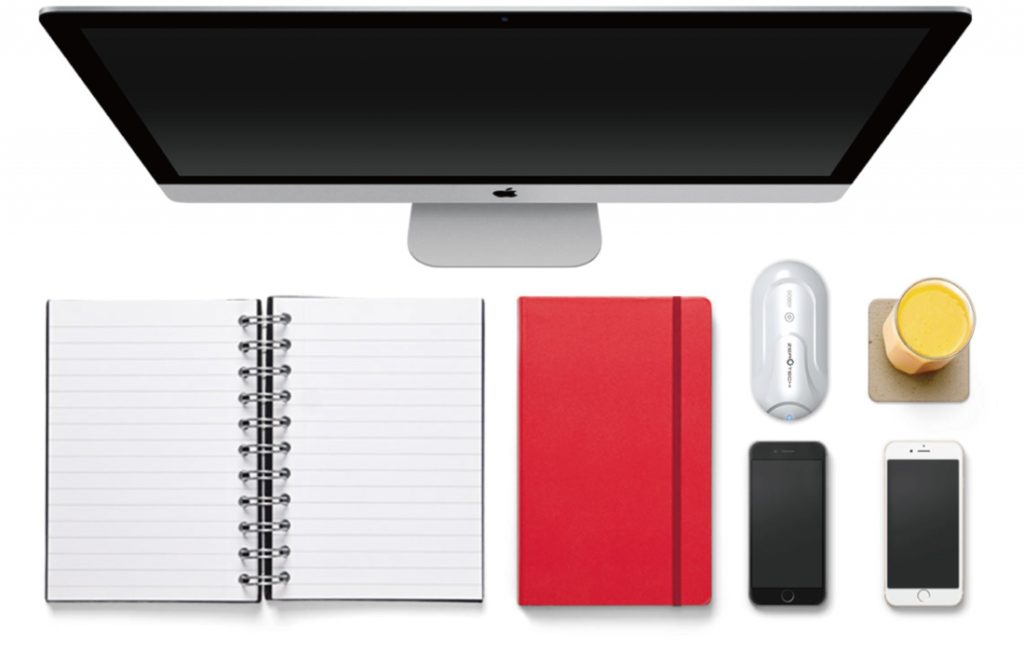 Dobby offers 16GB of internal memory, as well as voice control functions, auto follow, face recognition and a GPS tracking system. It can also live stream video via Wi-Fi to your smartphone, so you definitely can use it for more than taking selfies.

As it is the case with many drone products, the Dobby doesn’t have stellar battery life. It can only last 9 minutes in video capturing mode. Interested parties can purchase it from Amazon for $349 (available with 12% off). 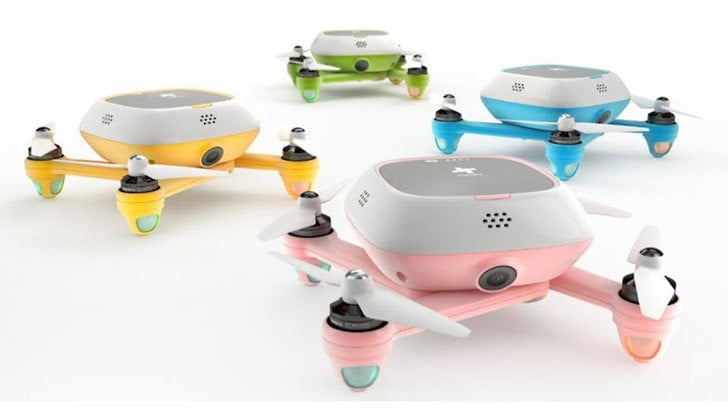 Here we have another fun, cute and colorful little drone you can buy to photography you from above. The Kimon drone features a 16MP camera with 4K shooting capabilities and five modes for selfies including 360-degree panorama, 45-degree shot, panoramic selfie, follow shot and standard selfie. It also comes equipped with multiple video shooting modes like burst mode, video recording, photography, time lapse photography and slow motion. 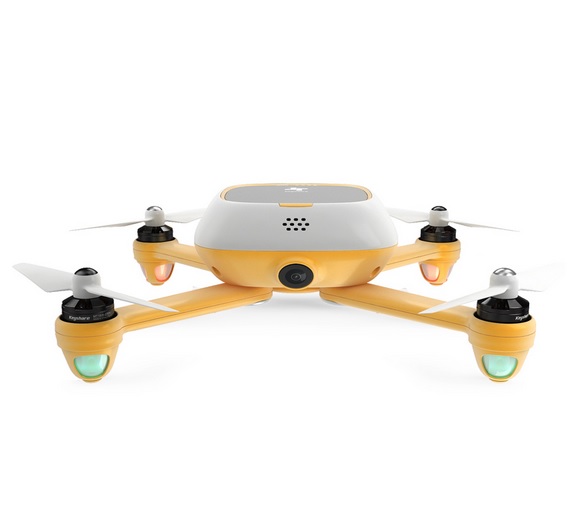 The neat thing about the Kimon is that is features removable batteries which can be quickly swapped out, so you won’t have to put a stop to your selfie taking frenzy after the initial battery pack has run out. The Kimon drone is controlled through a smartphone through which owners can command it to fly, hover or land.

A Kimon selfie drone sells for around $250-$350 a pop depending on the seller. 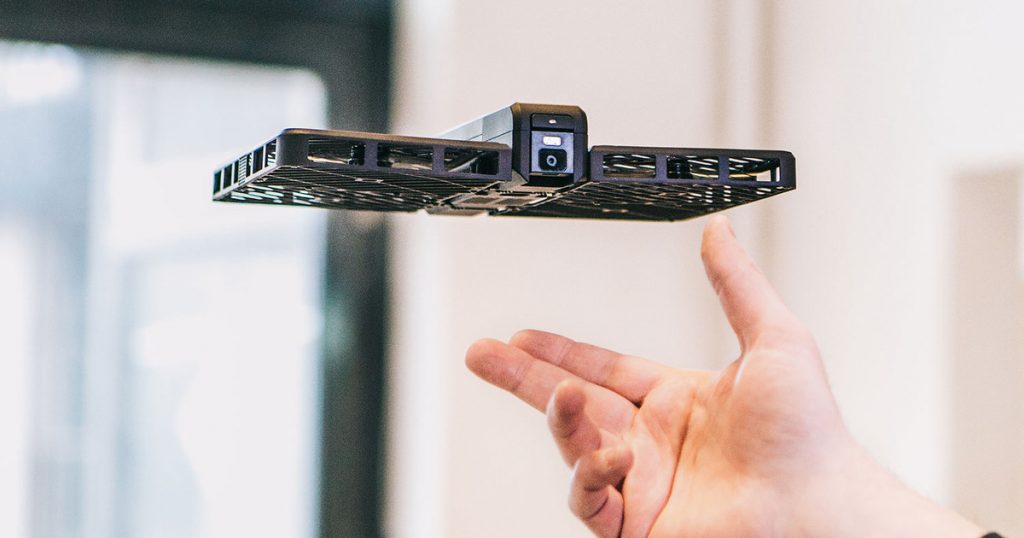 Want something that looks like it has been taken out of Sci-Fi novel? Introducing the Hover Camera Passport – a device that floats! Yes, it really does float. It also can be folded down to the size of a book, so it can fit in your backpack or bag.

The Hover drone features a 13MP camera capable of capturing photos at 4K resolution and offers 32GB of internal storage. To get started, you need to toss the Hover into the air, after which you will be able to control it via your smartphone.

The Hover features face tracking and body tracking capabilities and can capture 360 degrees of panoramic video or orbit autonomously around you in circles.

This drone is a bit more expensive than the others – it can be yours for $599, but we have to admit is a really fascinating piece of technology. 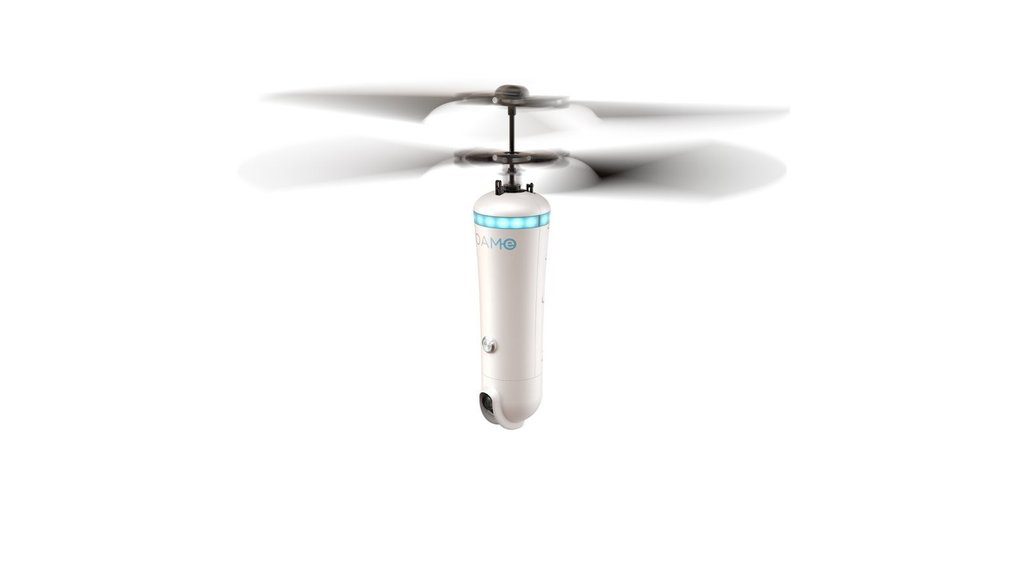 Here’s another selfie drone with a truly unique design. The Roam-E Selfie packs all its self-portrait snapping features in a tube with a dual axis propeller. The flying gizmo comes packing a 5MP camera that works in concert with face recognition technology to snap the best selfies possible.

The Roam-E Selfie can also do a perfect 260 shot and record 1080p video and should offer an estimated flight time of 20 minutes. The drone has four flight modes including scout, navigation and pilot of up to 25m. In selfie mode, the flight range is only up to 3m.

The Roam-E Selfie is sold for $499, but appears to be out of stick on the producing company’s official site. However, you can register your interest for the product, so that you’ll be notified when the drone is back in stock. 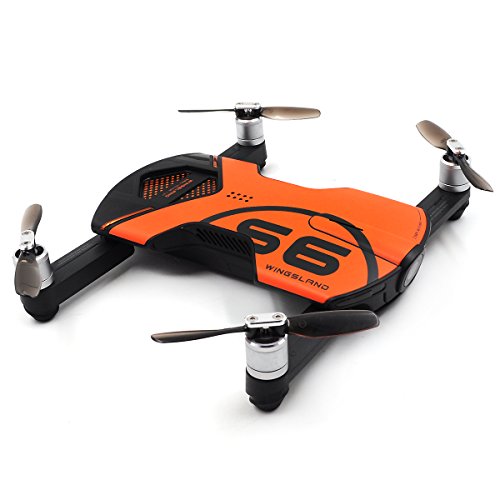 This drone comes with a foldable arms and propeller, so when you’re not using it, it won’t take much space. The flying gizmo features a 13MP camera capable of shooting video in 4K. It also comes packing a set of neat and handy features like obstacle avoidance, gravity sensor control, one key automatic return, one key landing and take-off. 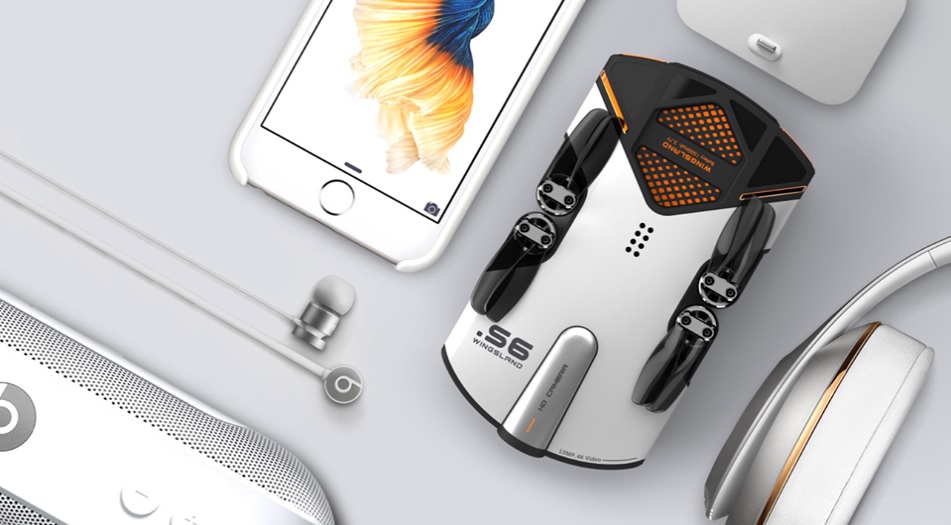 The Wingsland S6 can be instructed to follow the owner, take 360-degree photos or flip into the air. It can be purchased for $420, although it is currently out of stock with Wingsland. Still, you can enter a competition to win a drone by submitting your email. 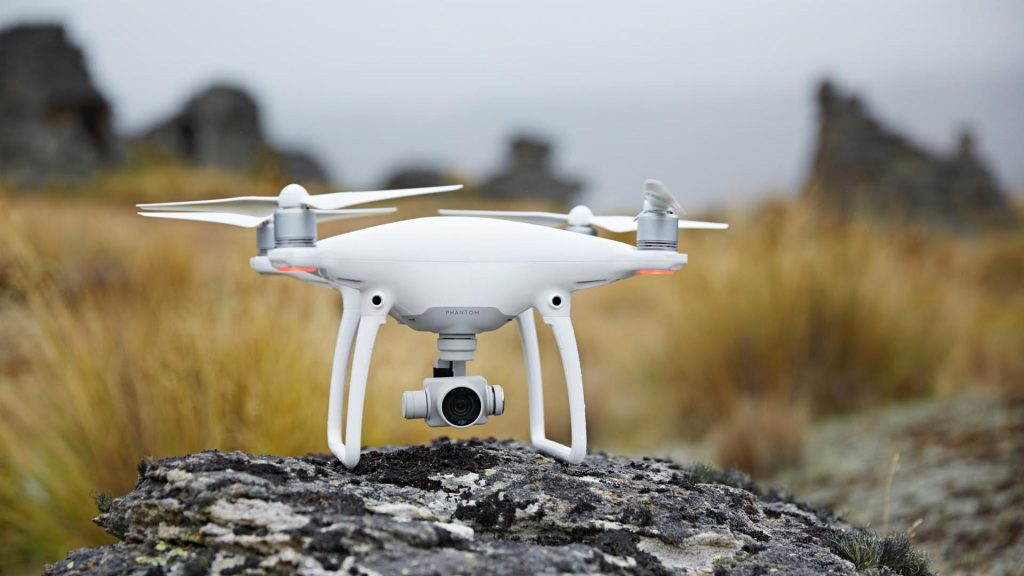 If you have a lot of money to spend on your selfie love, you can always go for the DJI Phantom 4 drone which is sold for a price tag of $1,199.

The Phantom 4 offers 28 minutes of flight time with maximum control range of 3.1mi – so it’s a bit more advanced than the other drones we’ve seen here. It carriers a powerful 20MP camera sensor onboard capable of shooting 4K/60fps video and Burst Mode stills at 14fps.

Other nifty feats include the ability to avoid obstacles and return to home (automatically chooses the best route to return home depending on environmental conditions). The Phantom 4 comes with a remote controller with a built-in screen which allows users to see what the drones sees in real-time. 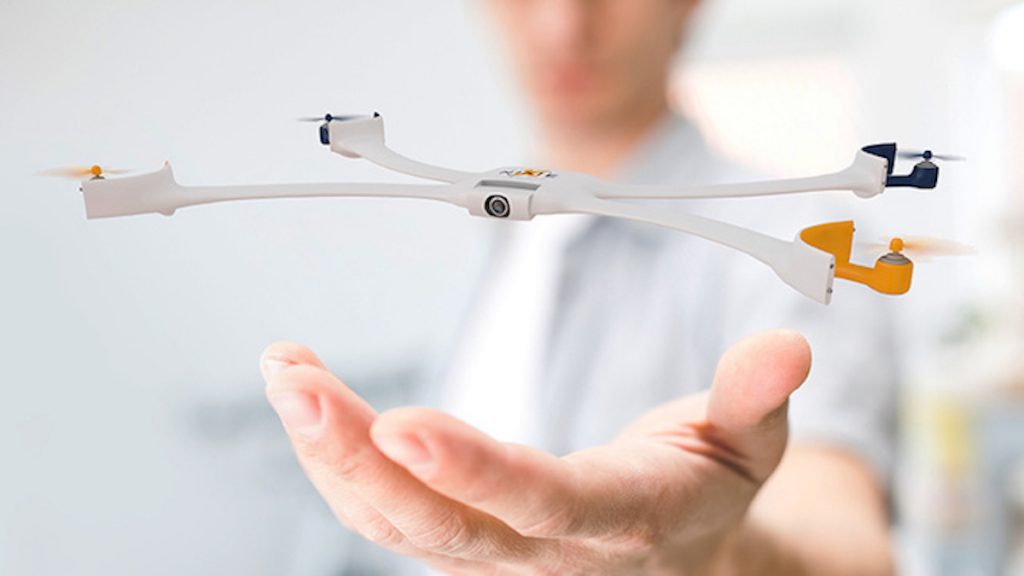 The Nixie is a wrist bound wearable that also doubles as a drone. The product is still in development, but to us it’s seems quite interesting so we’re going to keep an eye on it.

The Nixie is supposed to wrap around your wrist when you’re not using. When users want to take a selfie, all they need to do is throw the wearable like a boomerang into the air. It will start hoovering immediately. The Nixie is poised to be powered by an Intel Edison chip, so it should be able to support some nifty feats – at least in theory.

The Nexie drone was showcased back at 2016 and a year later we still haven’t seen the wearable go live. We have to wonder if the Nixie will become a real product after all, although we certainly hope it will.