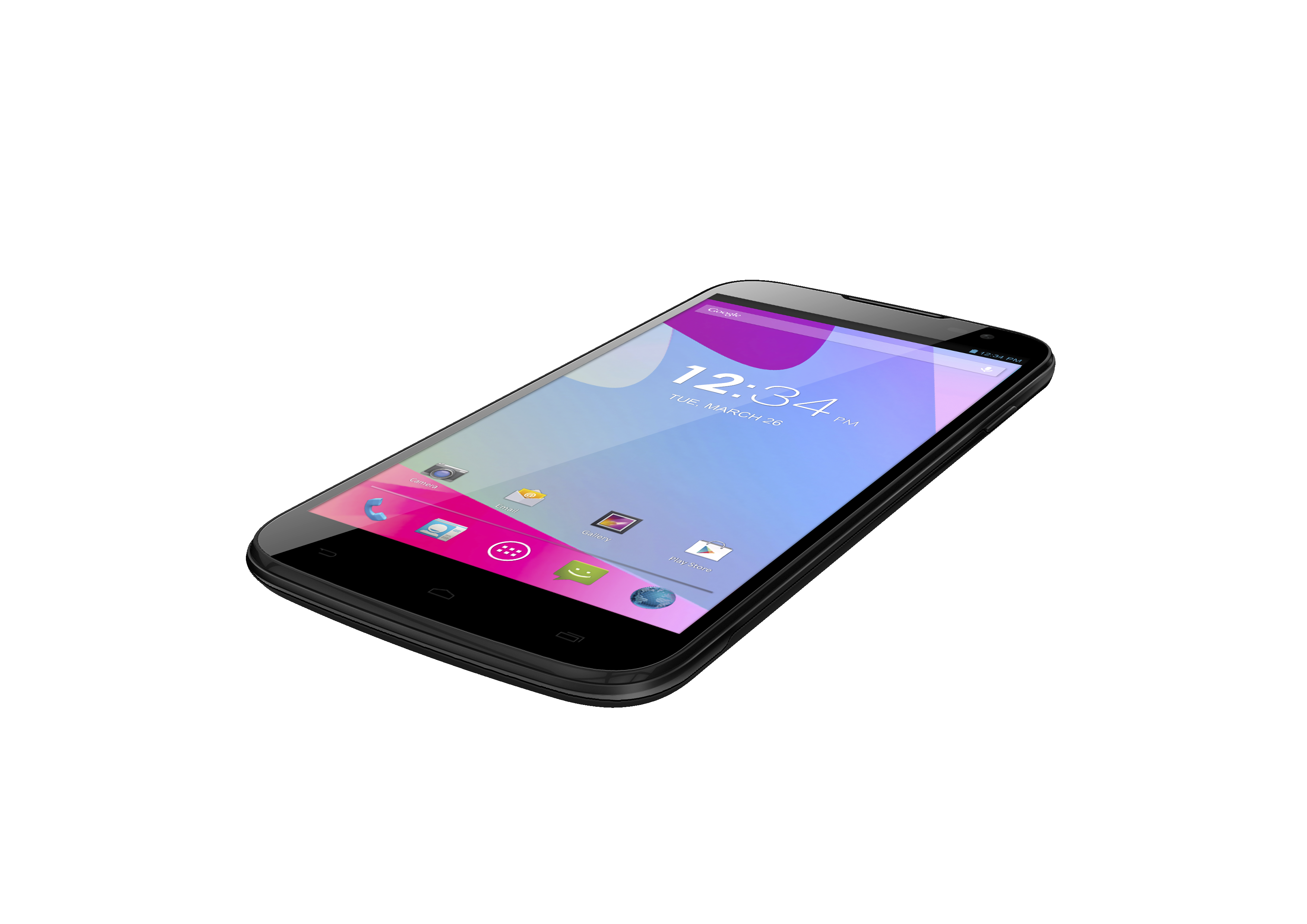 Devices are now shipping for just $249!

The Blu Studio 6.0 HD is shaping up to be a solid budget competitor in the phablet game. This device is everything that the Galaxy Mega should have been; LCD display, AOSP Android 4.2.2, with a quad-core processor. There’s no LTE and while it’s only got 1 GB of RAM as opposed to the 1.5 GB of the Galaxy Mega, keep in mind that the device isn’t running the resource-heavy TouchWiz UI, so it evens out.

Both the black and the white versions are very classy looking. I prefer the black, but even though I don’t generally care for the look of large white devices, I would take either color in a heartbeat. The front of the device is a nearly bezel-less design around the gorgeous 6 inch 720p display. Rather than waste the screen real-estate on a navigation bar, they gave the bottom bezel to the same buttons which would normally reside on the nav-bar, and bravo to Blu for putting them in the correct order: back, home, recents. The sides have the traditionally placed volume rocker on the left, power/sleep button on the right. You’ll find the microUSB charging port centered on top of the device and the 3.5 mm headset jack to it’s left. There’s also a very classy silver, metallic bezel which surrounds the device. The device’s rear is beveled to a very aesthetically pleasing degree. There’s a centered 8 MP camera at the top crowing the LED flash and the “BLU” logo a quarter inch beneath, and a quarter-inch from the bottom center there’s a half-inch speaker slit.

Possibly the most exciting feature of the Blu Studio 6.0 HD is the firmware, even though it’s still on Android 4.2.2, (soon to be upgraded to 4.4.2 KitKat) It’s running a nearly perfect AOSP UI with just a few enhancements in the browser, settings and quick settings menus. The one downfall of the device’s software is that the recent apps button is mapped to menu, and you have to long-press it to activate recents. But I’ve been in touch with their product manager about that and am hoping for a fix to map the recents button correctly and enable the overflow menu button in a future update. We’ll see how that pans out. Blu’s software team has made some enhancements to the AOSP browser app to make the best of the spacious display. There’s now a bar at the bottom which shows back and forward, tabs and bookmarks buttons. 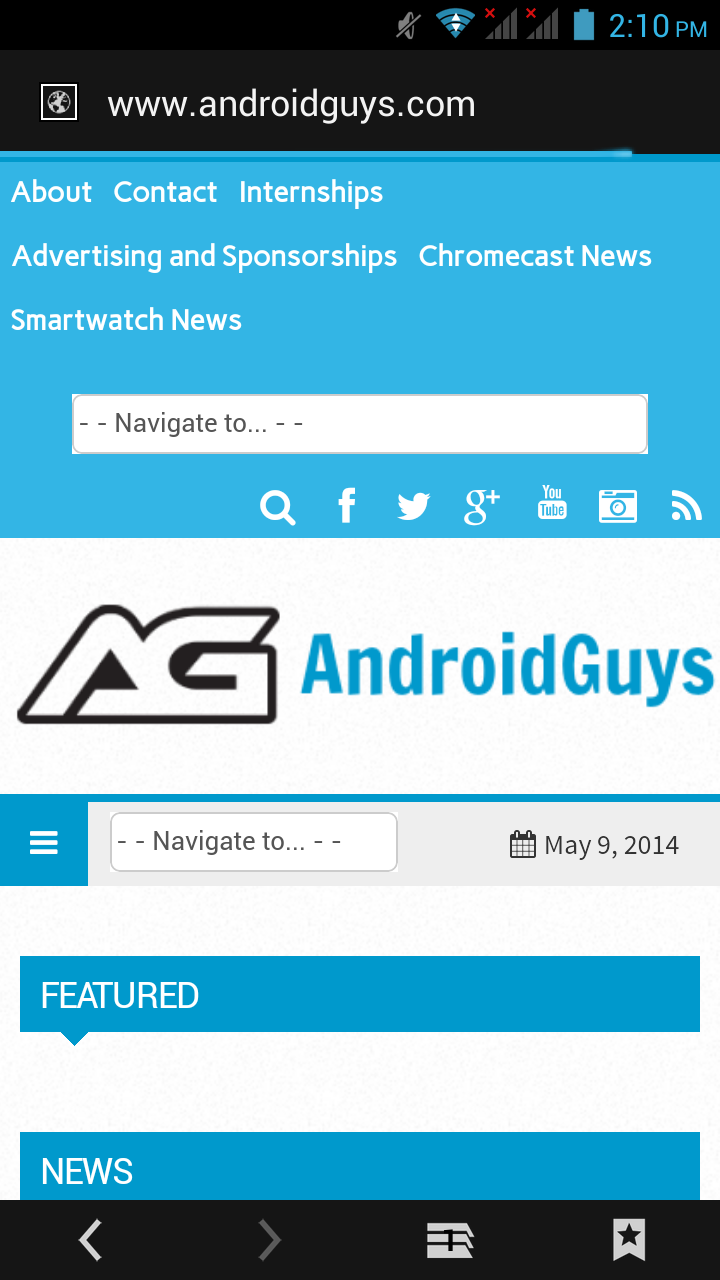 The rest of the devices software is pretty much stock Android 4.2.2, but to Android fanatics, that’s a wonderful thing! How we’ve needed a larger selection of devices with less of these OEM skins. This device is absolutely a contender in the Phablet race. To quote my editorial on Blu:

Take the Galaxy Note series. Great devices, always leading Samsung’s Galaxy line, and often leading the market in specs, but for most people to get the new one without selling a minor organ will literally cost years of your life in the form on a contractual agreement with a carrier, or a financing plan adding a monthly fee to your bill until the retail price of the device is paid-in-full.   The question is, do the people who use the Note series all need the power that these expensive devices pack? I don’t think they do. Most of the people I’ve known who swear by the Note line are just in it for the screen size, and nothing more. Most don’t even play games or do anything much more taxing than watching Youtube videos and browsing the web. The Galaxy Note 3 has an MSRP of $699.99, but for what a lot of users need (I won’t necessarily say “most” but a lot) they would be better off with Blu’s new Studio 6.0 HD which is prices at $249.99 unlocked, out the door with no contract.

If you want a large screen and don’t need the leading edge specs, check out this device!

One of the great things about this device is that it’s totally usable throughout the day and it doesn’t slow down. I consider myself a power user and using this device hasn’t slowed me down in the least. Getting used to the larger display has taken more acclimation than anything else.

Looking at the specs on paper, I expected to have to give the device a bit of a handicap in my review, but that hasn’t been the case. It’s lived up to and sometimes exceeded my expectations in most areas. The only time it seems to drag a bit is when activating the recent apps menu from a taxing application, but that’s a small price to pay for the value you’re getting with this phone. I hope soon to hear of friends in the Android community excited to receive their new Blu devices!