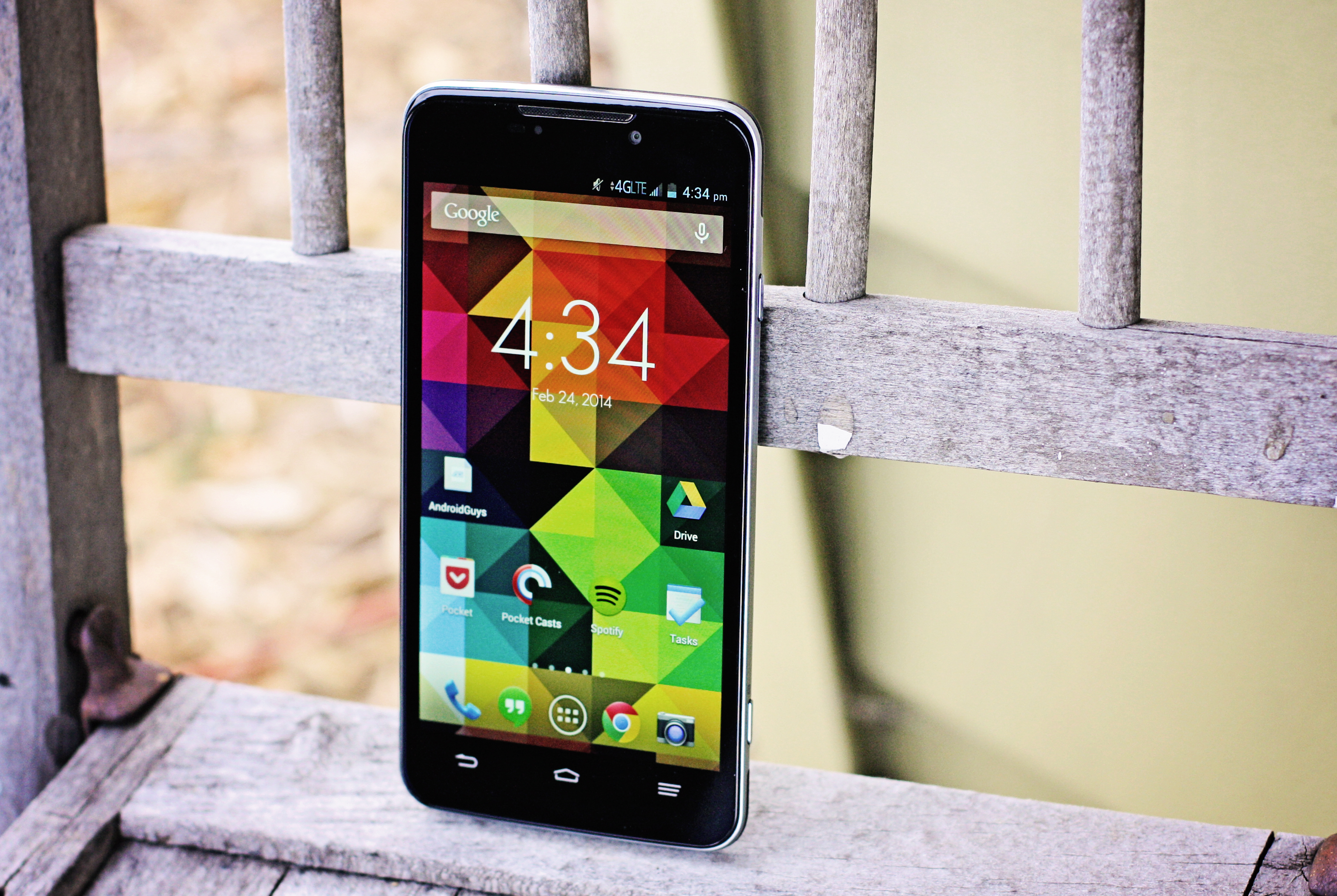 The Boost Max aims to give users a premium phablet experience with a small price tag.

Do you remember when smartphones were upwards of $500? Some still are, like the Samsung Galaxy S4, Note 3, and the HTC One. Recently in the United States, prices of handsets have gone significantly down, allowing more and more users to purchase their phones outside of a 2-year agreement.

In turn, the phones that have a cheap off-contract price are selling like hot cakes, and more and more manufacturers are trying to join the US market. ZTE certainly doesn’t have much presence in the United States, but they’ve made a recent effort to change that with the ZTE Boost Max.

It can be found for $299 on the Sprint MVNO Boost Mobile, weighing in as one of the more expensive “premium” phones that the prepaid carrier offers.

Recently, the bar has been set pretty high for budget smartphones. The Moto G, Moto X, and Nexus 5 are prime examples of premium handsets for a very cheap price tag. Can the Boost Max rival the price of the Moto G, while offering a great phablet experience like the Galaxy Note 3? Find out in our review below.

When you first read the list of the specifications, you might not be interested, at all. But remember: this phone is relatively inexpensive, and ZTE obviously has to make money on it, so try giving them the benefit of the doubt. 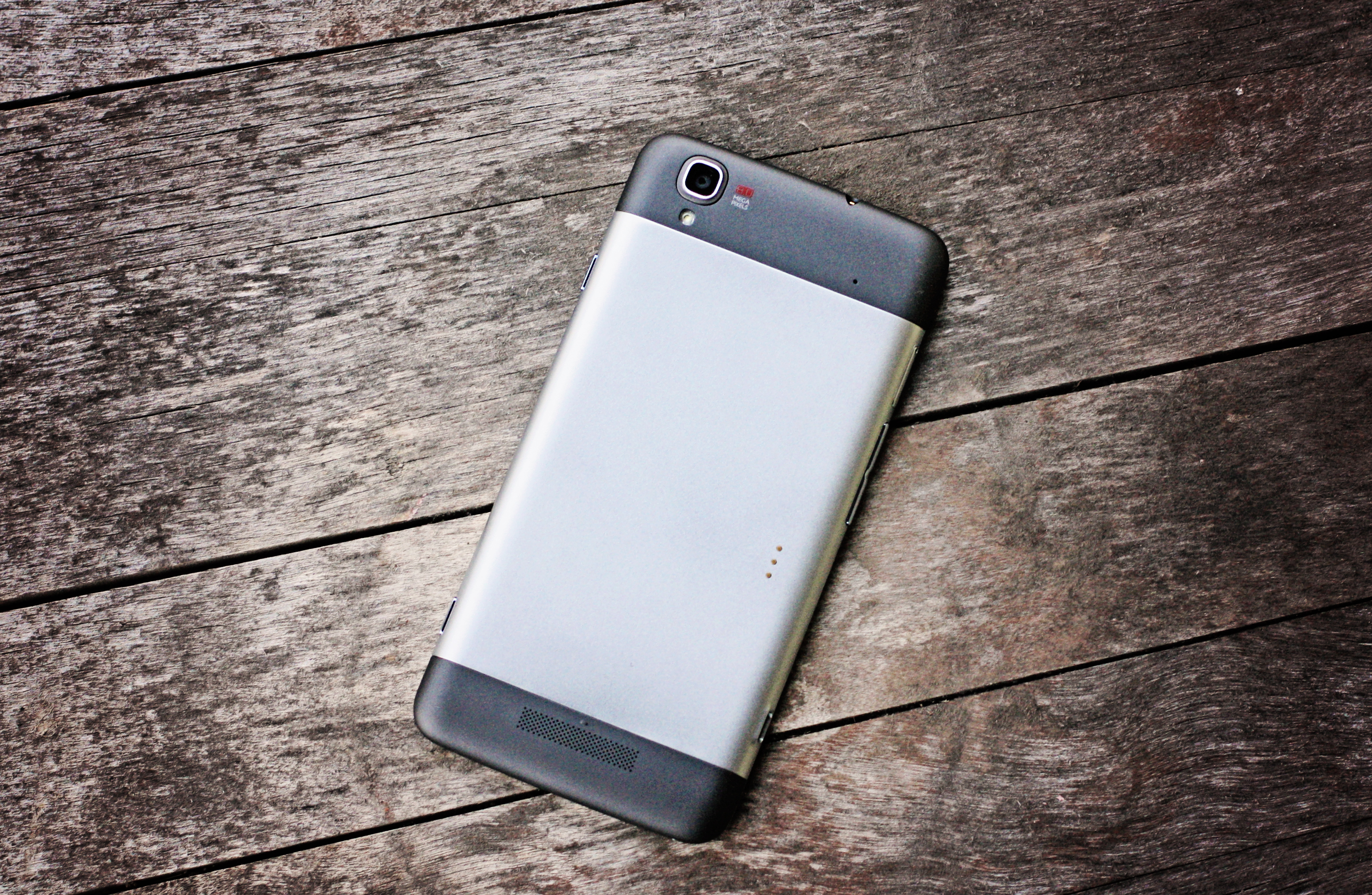 If you’re looking for the most positive part of the phone, look here. The look and feel of this phone is well-built and beautiful. With the brushed metallic back and the matte-finished top and bottom portions, it is a really good-looking device. But don’t read too far into the metallic back of the phone – it’s only plastic. It’s easy to see why ZTE made that material decision, given the $299 price point.

The button layout on the Boost Max is a little different from what most people are used to. The power button sits on the right edge, along with a physical camera button. The left side holds a microSD card slot and the volume rockers. You’ll also find a micro USB port on the lower-left side – this makes it a bit awkward to hold while charging. This is definitely a two-handed device, so you’ll find yourself bumping into the charging cable more than you might like. It also has capacitive navigation buttons – back, home, and… a menu button – one design aspect that we wish would just go away.

The top matted portion covering the camera snaps off to reveal a SIM card slot, while the rear portion holds a single speaker. It’s decently loud, but very tinny. When playing media without headphones, there are a few fixes for poor audio quality, due to ZTE’s custom software. (We’ll revisit this in the software section).

The display on the Boost Max could be better, but arguably not, solely because of the price tag. It has a 5.7-inch, 720×1280 IPS LCD display. Viewing angles are fine, and we weren’t able to see any pixelation anywhere on the screen. We did, however, find one major flaw – whites aren’t white – they’re very visibly off-white. Tainting almost every screen we viewed, this is the major downfall to what is otherwise a beautiful display. 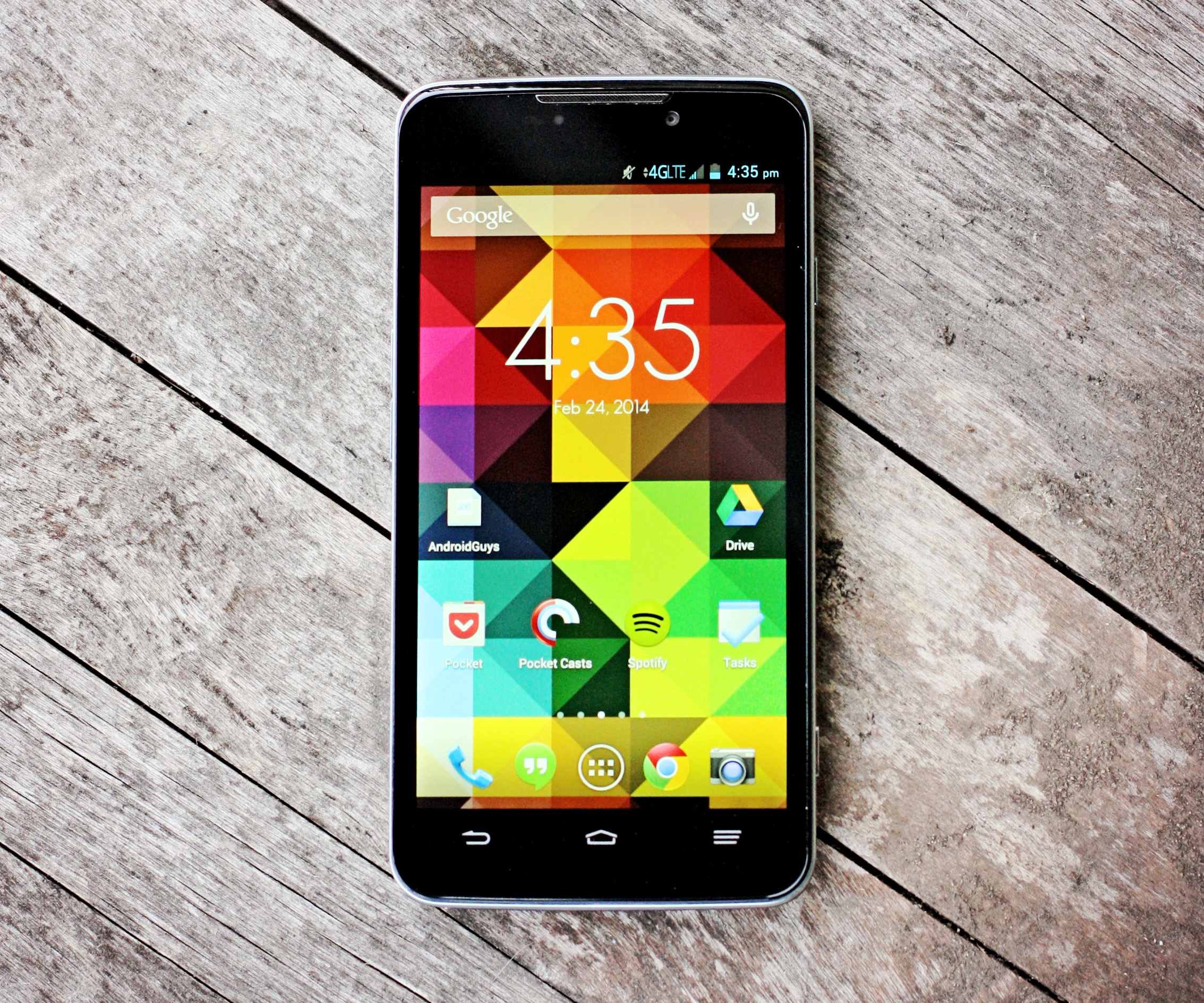 Probably the most unappealing part of the software is that it ships with Android 4.1.2 Jelly Bean. This is a very old build to be shipping on a smartphone that was released in January 2014. Though Boost informed users that they intend to push Android 4.4 KitKat sometime in 2014, that is a very vague description. This is one of the sacrifices we wish didn’t make it to the Boost Max.

The phone offers a near-stock Android experience, while only throwing in a few minor design changes. The homescreens and app drawer don’t stray away from the “stock” look. The only changes they made in the user interface are the lock screen, notification tray, and the quick settings. There are, of course, a huge amount of custom apps. Most of them are from Boost and can be uninstalled very easily.

ZTE also opted to throw in some surprisingly useful features. The main feature being a multi-window clone called Smart Viewer. Hold down the back button to pull up a list of apps, and drag them to one half of the screen. 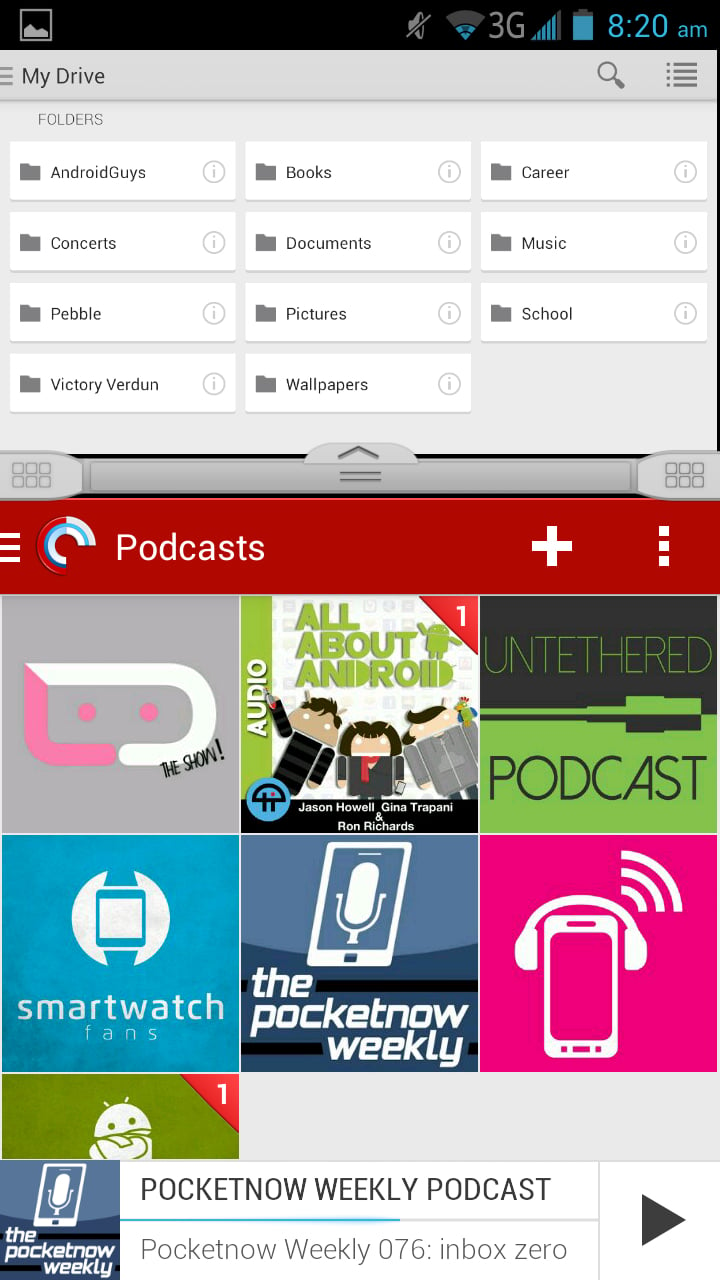 Smart View lets you mute one window at a time, which we found to be very useful. On the Samsung’s Multi-Window feature, only a handful of apps are compatible for some reason. On Smart Viewer, any installed app can be used.

We did experience a good amount of lag in odd places. This mainly happened while accessing Chrome, Google Search, YouTube, or Smart Viewer. Sometimes, the webpage we were trying to load would take more than a minute to fully show. The amount of lag we came across hinders the otherwise positive experience with the software.

Now, to talk about audio quality. The speaker, though very loud, has some EQ issues. It’s a bit like listening to music in a tin can, but Boost hopes to change that with their Dolby Digital Plus EQ app. We actually found this to be very useful, though a bit cumbersome. If you use it frequently, it’s easy to get the best sound possible out of the given hardware. However, if you frequently switch between podcasts and music, revisiting the app over and over to change sound modes gets old very fast.

The overall software experience was just… okay. You can tell ZTE tried, but due to the processor and other hardware slumps, it fell a bit short.

The battery life on this phone is tremendous. With it’s huge 3200mAh battery, we failed to drain it in an entire day. Stand by time was great, only draining 1% overnight, while connected to the Boost network. Watching hour-long HD videos on YouTube and streaming music from Spotify barely brought the battery down to 70% in a few hours. If you’re a normal-heavy multimedia consumer, you should have no qualms with the battery.

The only factor that remotely drained the battery was the the Boost network. Even though we had some trouble in this area, you should have no problem making it through much more than a day of use. 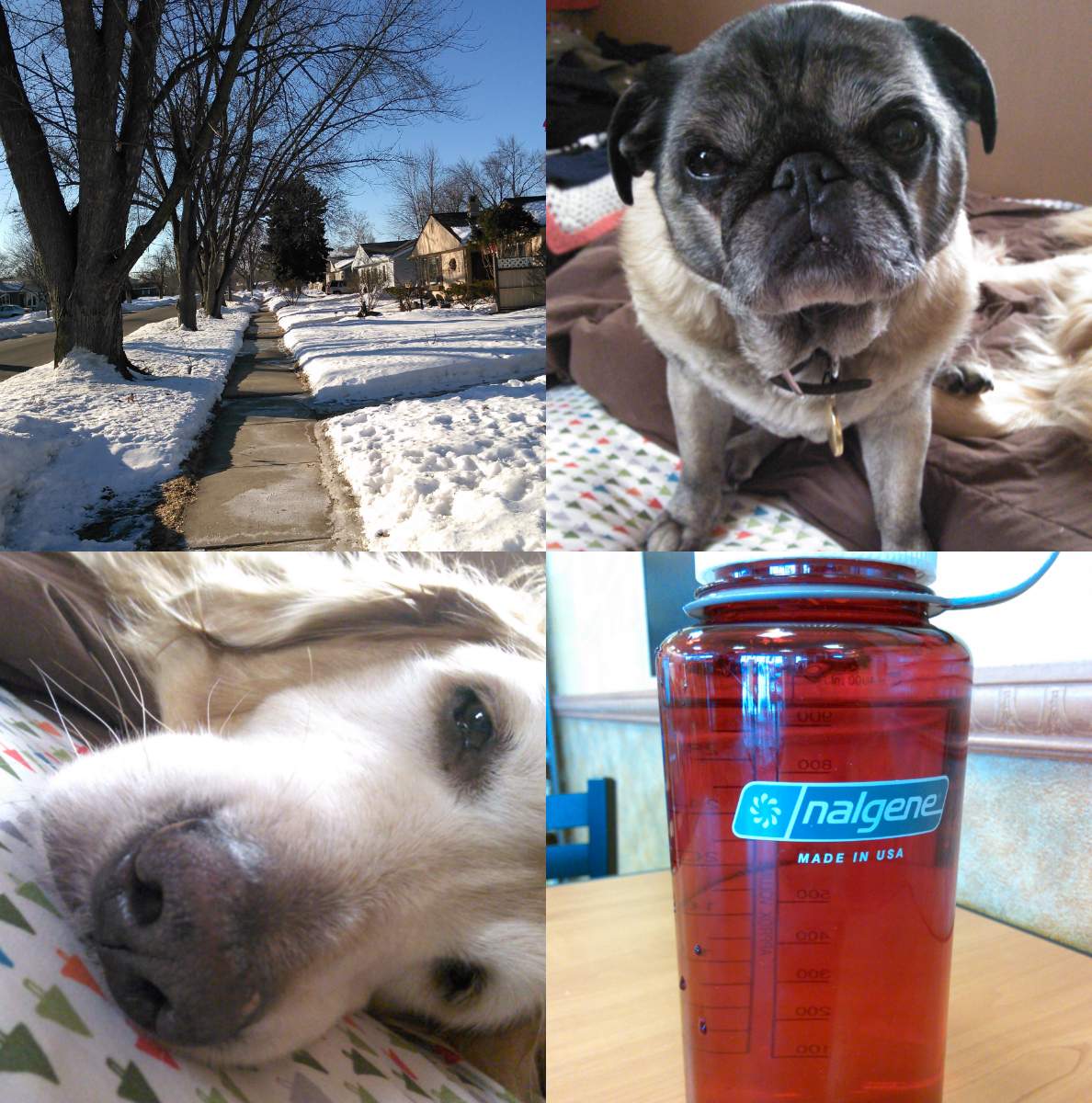 The Boost Max’s 8MP rear-facing camera is good at times, and horrible at others. There aren’t many things to nit-pick about it, considering the price. Shutter speed is normal, and focusing didn’t cause us any problems. They’re not perfect, but they’ll do.

We did have a lot of trouble with color. Colors are washed out and dull, no matter the lighting conditions. Also, the hardware shutter key isn’t a two-step button, so you’ll find yourself with a lot of blurry photos if you try to focus beforehand. We found ourselves better off just using the on-screen shutter key.

If you hope to get a decent camera on a budget phone, you could certainly do worse. But that doesn’t mean it’s particularly good, either.

If you’d like unlimited everything (minutes/messaging/data) on Boost Mobile, plans begin at $55. If you pay your bill on-time, your plan shrinks by $5 every month, until it’s as low as $35. This is definitely a good incentive to move over to Boost, but is the Boost Max good enough to keep people on the network? 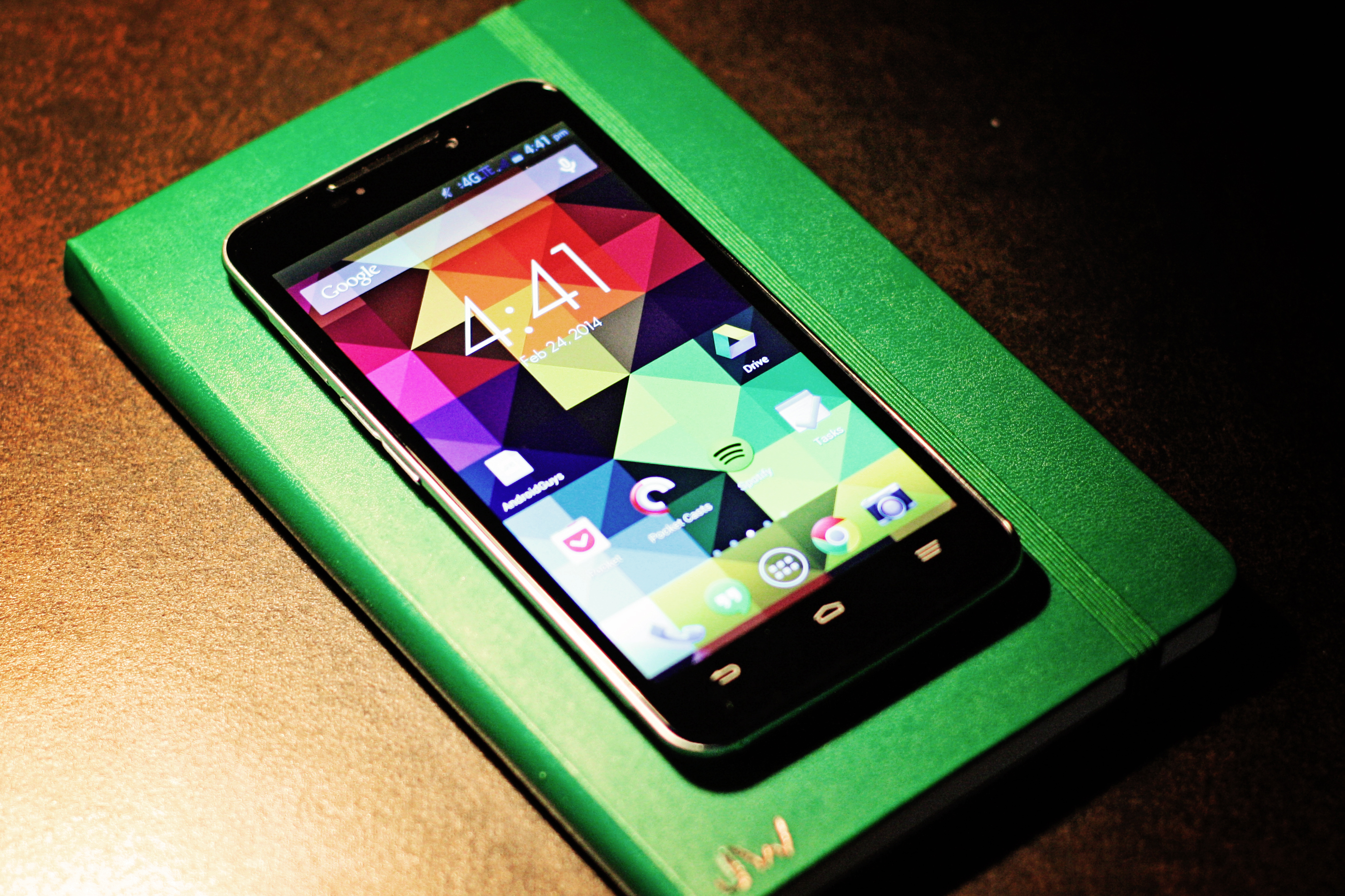 The Boost Max tries to offer as much as it’s competitors, but ultimately falls short in some important areas. Most of our experiences can be summed up with a, “This feature is nice, but…”.

ZTE’s Smart Viewer is a great addition, adding functionality and innovation to the size of the device. But it’s buggy and slow, and that made us not want to use it. The look and feel of the device is beautiful. It has a nice weight to it, and it offers a loud speaker and a hardware camera button. But the speaker is tinny, and the camera button makes it difficult to keep your focus.

All things considered, if you’re on Boost Mobile, and absolutely have to stick with it, you could do worse than the Boost Max. It’s the best option for someone who wants a phablet experience, but doesn’t want to break the bank. If you’re in the market to purchase a new phone off-contract and you don’t mind the screen size, buy a Moto G. It has better software, hardware, and is two-thirds the price.

If the Boost Max was $200, I would recommend it immediately. It’s a bit slow, but offers a beautiful look and feel, while giving you the experience you’re looking for. But for $300, I have a difficult time recommending this one.