Most Android users love to change around their home screens, and the biggest way to do that is by installing a different launcher. Nova Launcher, Apex Launcher, GO Launcher and Google Now Launcher are some of the most popular ones, but that doesn’t mean there’s plenty more to choose from. Here’s a small list of lesser known ones to choose from:

ZERO Launcher strives to be the best launcher with 3D effects and super fast launch times. The launcher is only 1M in file size with is smaller than most launchers, but gives you many features, including a theme store, neat 3D transition effects, HD wallpapers and even a Cyanogenmod type ribbons bar at the top of your notifications which is very unique for a launcher. 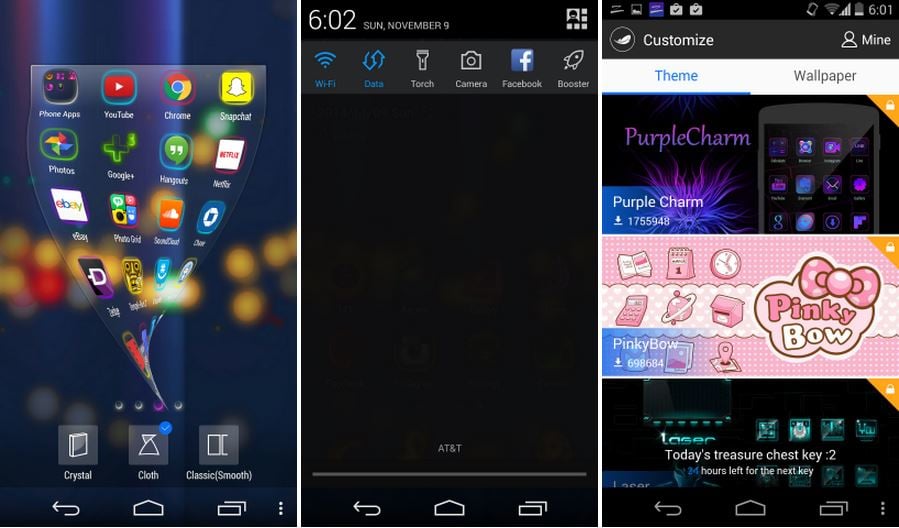 Epic Launcher focuses less on unique features but more on providing a stock Google Now Launcher alternative for people who want more customization in their launcher compared to Google Now. By default, you can swipe to the right to get right to Google now in Epic Launcher which is nice, and you’re also given decent customization such as icon size, app drawer animation, the ability to have elastic scrolling, “OK Google” commands and much more. 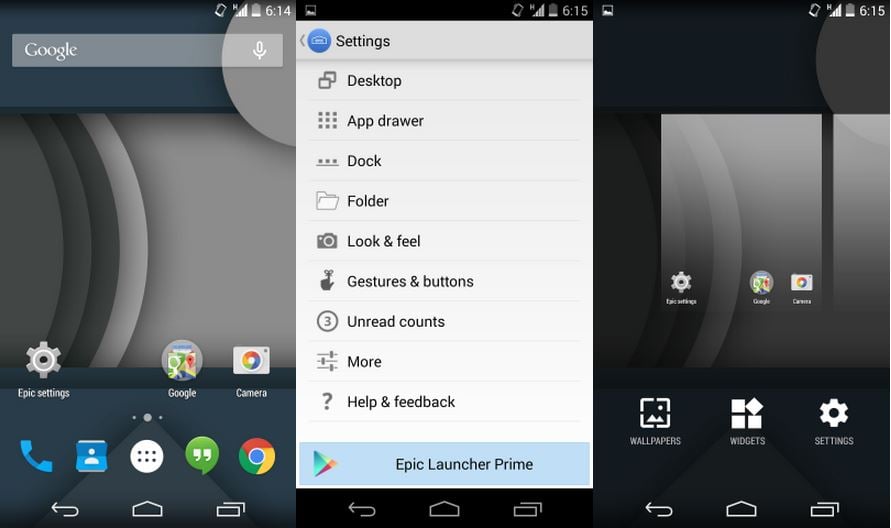 CLauncher provides you with an iOS look with the most prominent feature being the iOS toggle bar at the bottom of the screen. For Android users with software keys, you cannot swipe from the bottom (that would open Google Now), but you must tap the options button on your home screen. CLauncher is very pleasing to look at and gives you easy ways to create folders and add widgets to your homescreen. 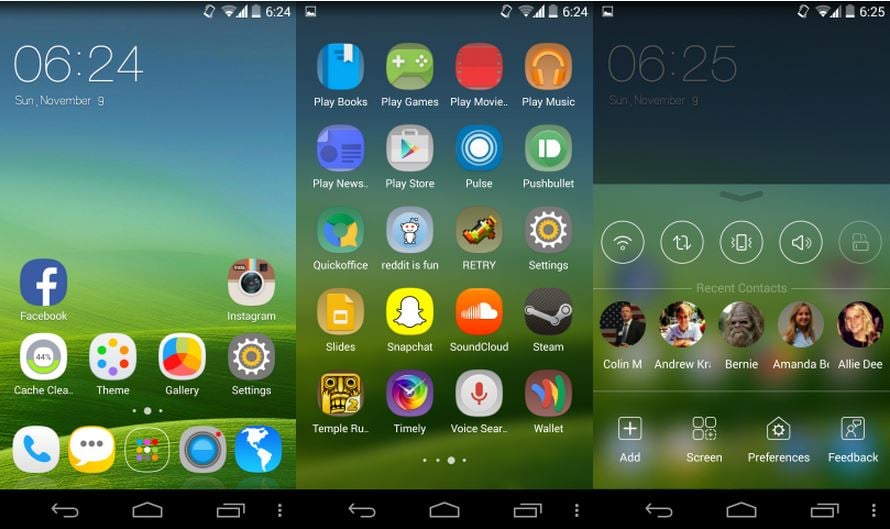 EverythingMe is intended for an audience who wants automatic categorization. This is the perfect launcher for people looking to have all of their apps in a folder that they belong in for easy access and pleasing to the eye. The Universal search bar at the top is very quick and handy and I’m very fond of the most used apps placed at the bottom as the launcher predicts what apps you’ll use throughout the day. 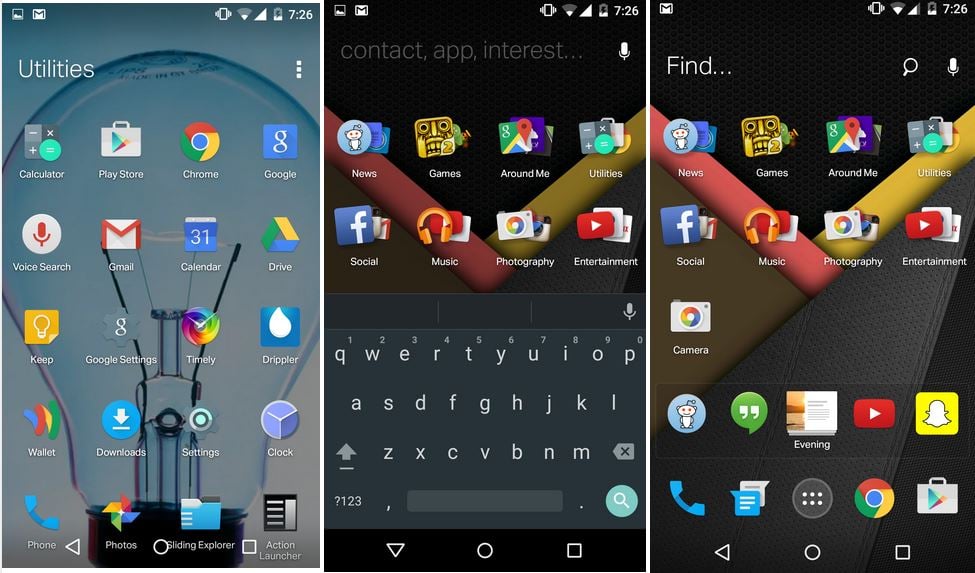 Simple, easy to categorize, and easy to navigate. 2tap aims to auto-categorize your apps and also make it easy to find apps simply by swiping to the right on your homescreen. Create new folders, favorite whatever apps you’d like and search for them easily with this lightweight and fluid launcher. 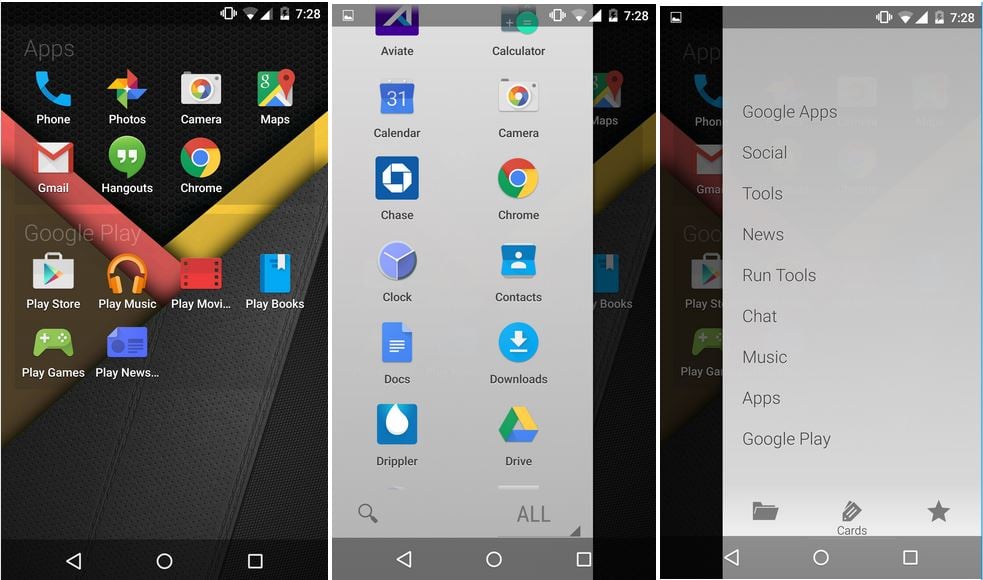 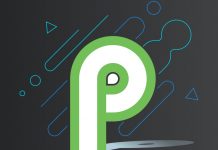 Download the Android P launcher on your smartphone today! 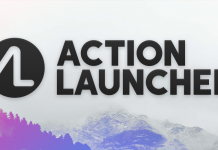 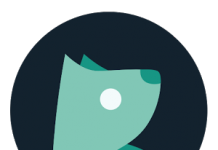