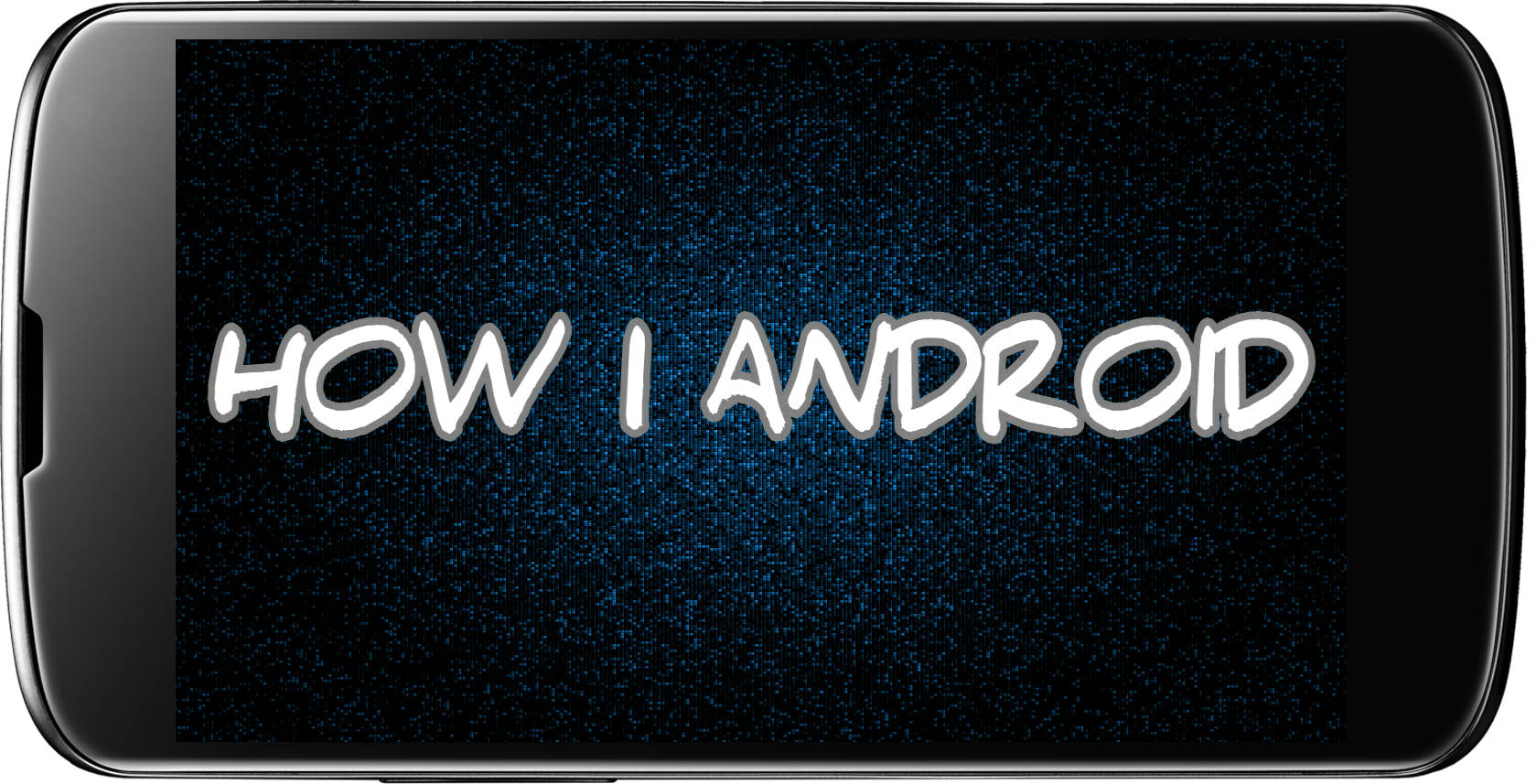 The beauty of Android is in the ability to customize it, do whatever you like and use it as such. In other words you’re not nearly as limited as you are in other mobile platforms. Of course there are some limitations on Android as well, but even those disappear once you root the device. I haven’t rooted the devices I use for a long time now, I just don’t feel the need to although I can get numerous advantages by doing that. EIther way, we’re not here to talk about rooting or anything of the sort.

I am however going to talk about the way I use my device(s) and what my current setup looks like, who knows, maybe I give you an idea or two and you do the same in return via comments down below.

I’ve used tons of launchers, widgets, icons, wallpapers and general customization-oriented apps for tweaking every certain part of my device(s). I used to have 5+ home screens full of widgets out of which every one of them served a specific purpose. As time passed by I got bored by all that and have used all sorts of launchers which don’t support widgets (or didn’t at the time), at least not regular ones, like Smart Launcher and WIndows Phone-like Launcher 7 and 8. Those lacked productivity, at least for my taste, so I got back to Nova Launcher Prime along with some others, I just can’t seem to stick with one. Considering I didn’t want to go back to using a bunch of home screens I found a way to use just one and keep the productivity in place. Which brings me to my current setup(s)…

I currently use Action Launcher Pro on my smartphone even though I always go back to Nova Launcher Prime (my setup is rather similar though and I constantly switch between the two), I just wanted to change things up a bit. Anyhow, as I said, my setup looks rather simple, even though there’s lots of productivity hiding behind this screen. Starting from the bottom you can see I use a dock similar to basically every other Android layout, this is where some of Action Launcher’s features come in handy. You might notice that three icons (1st, 3rd and 5th) have a little transparent square in the bottom right corner, Chomp SMS, Chrome and Phone. This is symbolizing one of Action Launcher’s features called “Covers”. These are basically folders which offer more functionality, instead of sticking a bunch of icons inside and taping on the folder to open them, you swipe the icon up to open it and if you tap it the 1st icon inside a folder will launch. So you can basically place whatever you want inside a folder first and not only will that open if you tap on the folder but the folder icon will look like the 1st icon inside of it. So let us take Chrome for example, you can see Chrome folder (or “Cover” if you will) opened in the image below. First place in that folder is Chrome app icon and everything else are bookmarks. I’ve done that very same thing with my SMS contacts (hiding in the Chomp SMS folder/Cover) and my Phone contacts (Phone folder/Cover). So all I have to do in order to send a direct SMS to someone for example is swipe up Chomp SMS folder/Cover and tap who I want to send it to, same goes for a direct call. The widget containing Wi-Fi, data connection, bluetooth, flashlight, screen rotation lock, sound toggle and sound settings comes from an app called Power Toggles which lets you add lots of things here and make it suit your needs, it’s also easy to use. One more thing to note is that I also use gestures, swipe up for recent apps and double tap in order to turn off the screen. 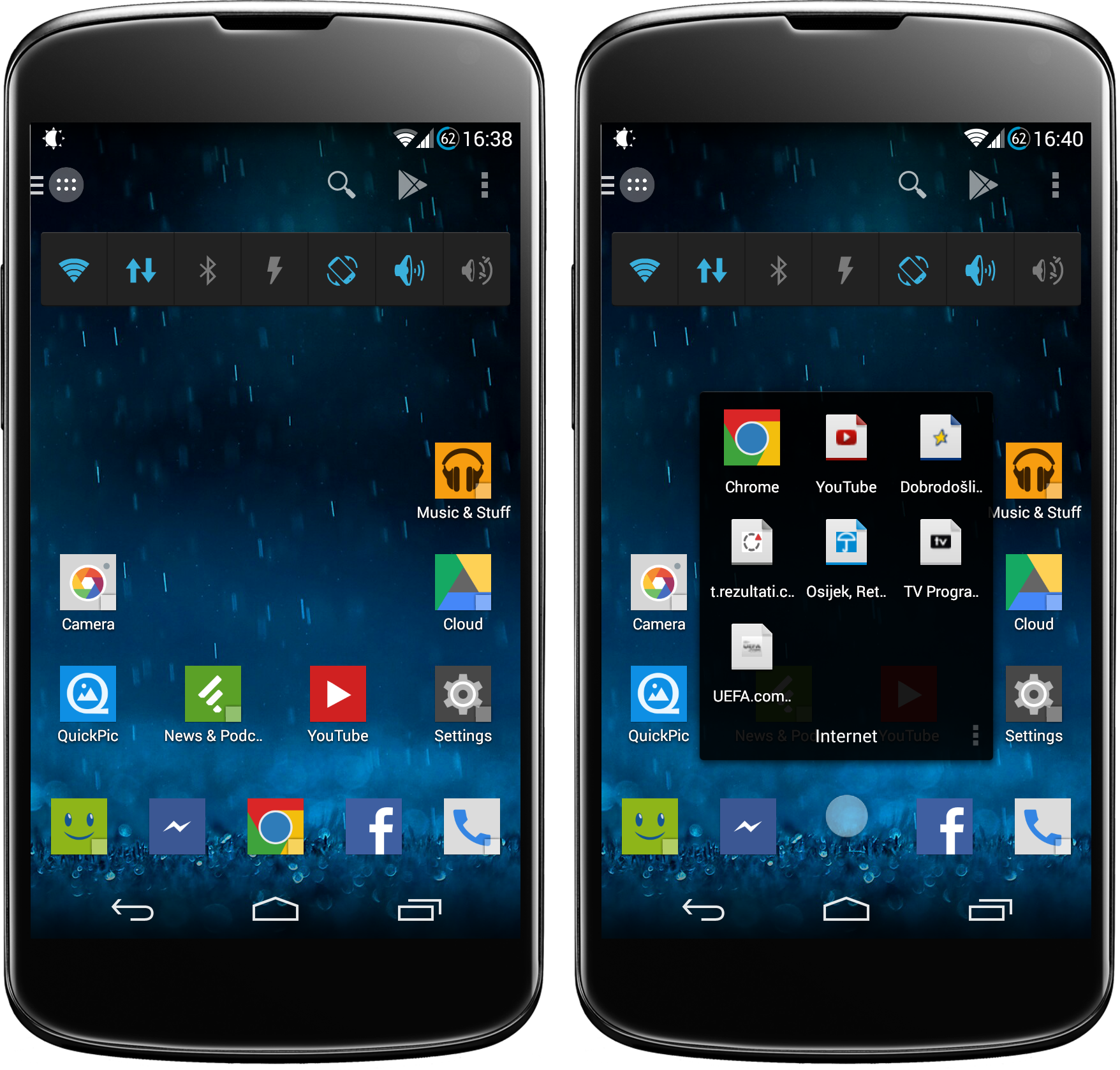 Now that we’ve covered the home screen looks and functionality we can jump in the rest of it. As I already mentioned, I like to have only 1 Android home screen when using my device, that doesn’t mean I can’t have side-screens though. Those of you who haven’t used Action Launcher might be a bit confused, let me explain.

In Action Launcher, when you’re on your home screen and swipe from left to right you get a list of your apps (you can of course hide the ones you don’t want there) and widgets, what is called a “Quickdrawer”. When you do the opposite, swipe from right to left you get what the developer calls a “Quickpage”. This is basically additional space or an additional screen in which you can place your icons/widgets in. The functionality is basically the same as if you have an extra screen on the side. Now you probably wonder why don’t I just add an extra screen instead of this, well… it looks better and I like it this way. Kind of a stupid reason, I know, but hey, to each its own. You can however get some extra use out of this if you enable a feature which lets you call upon this screen from wherever you are on your phone, but I opted not to use this.

As you can see in the right image below, I use four widgets on my “Quickpage”. From top to bottom: Google Keep, Play Music, Cal (calendar) and Pocketcasts widgets. I can live without the “Quickpage” screen though, I actually do that rather often when I switch to Nova Launcher Prime. 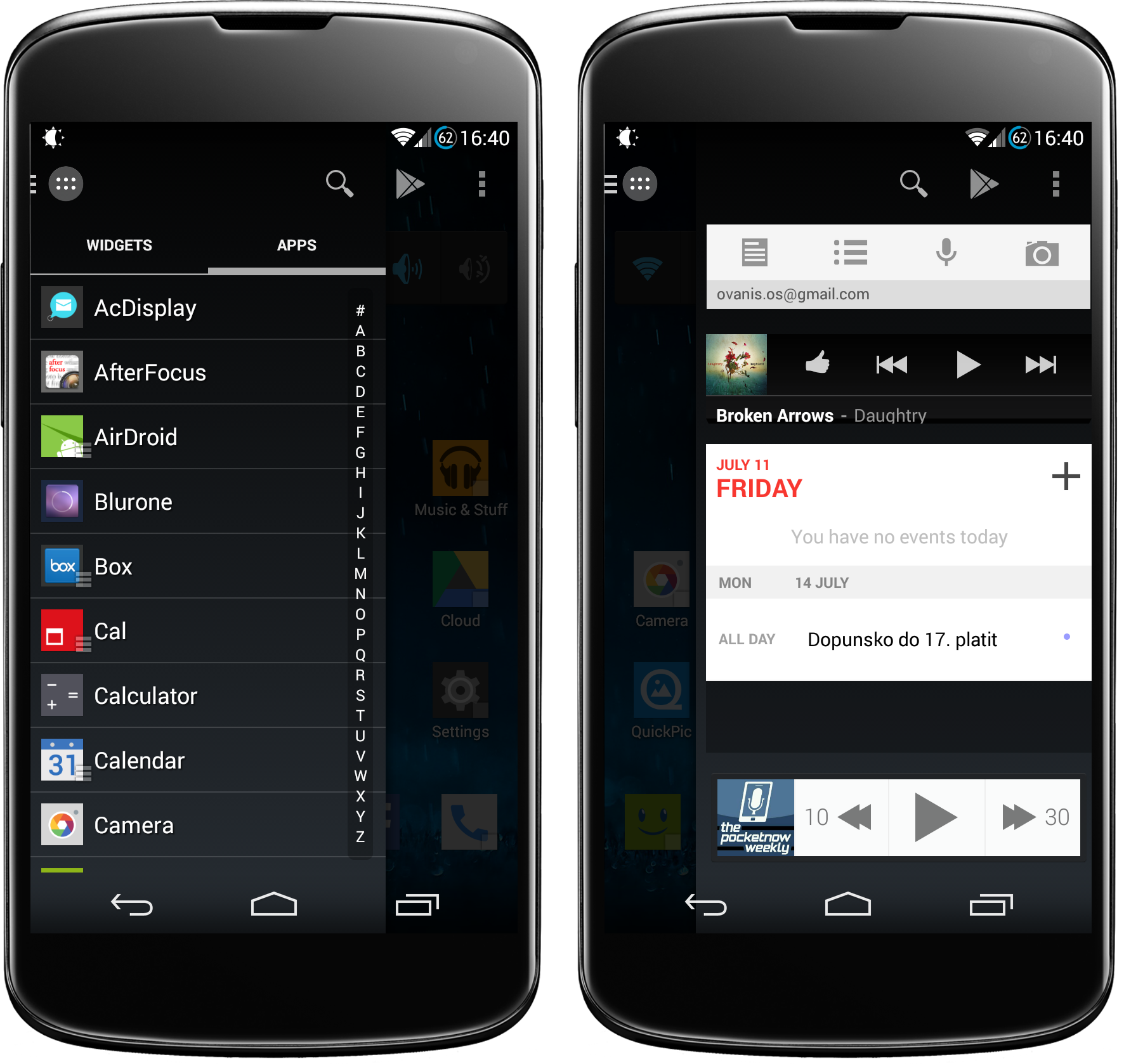 I use a few apps on top of my vanilla 4.4.4 KitKat notification tray (first image below). From top to bottom: Lux, Weather and a persistent Facebook Messenger widget which makes it possible to call on Messenger chats in a pop-up window (Chat Heads) overlaying whatever I’m currently on. You may also notice my Google Now cards pop-up there from time to time, so I have 2 weather notifications there at times. I used only Google Now for weather for a long time but it was inaccurate a few times on my location recently so I decided to search for an alternative. Weather is working just fine for now and I really like the design of the app. Lux is probably one of the most useful apps I’ve purchased, that one thin line in the notification tray helps a lot when it comes to tweaking your screen’s brightness and what not. I’m not going to go in too much detail here, though I might do a “What’s on my Android” or something like that in order to show you all the apps I’m currently using.

As far as icons go I used to switch between different icon packs a lot. Lately however, I’m using only two, Stark and Aloha icons. Both of these icons are flat in design and I really dig both of them. You can check out Aloha icons on the second image below this paragraph, and Stark in all the images above. Regarding wallpapers, I choose the one I like and I tend to stick with it for a long time. Like the one I’m using now for example, blurred rain drops, fits me perfectly. It’s pretty and easy on the eyes, I generally tend to pick blurred wallpapers or blur them myself.

In short, this is how I use my device. I could of course go step-by-step and tell you about my usual day and usage scenarios, but we’ll leave that for some other time. I just wanted to show you how my smartphone looks and functions for me on a daily basis. Other than my Nexus 4, I also use a Nexus 7 (2012) tablet. My launcher of choice over there is Nova Launcher Prime and the setup is pretty much the same as it is here, except there are no Action Launcher features over there. I did however set up the folders to act the same way as they do here and I take advantage of Nova Launcher’s gestures while still using one home screen.

There you have it, that’s basically it. From heavy customizations and root to simple but productive ones. How about you? What does your phone/tablet looks like? How do you use it?