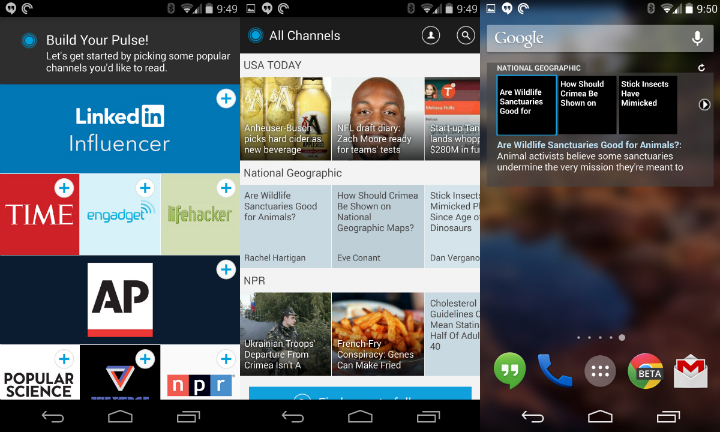 Or LinkedIn Pulse, rather. Probably the best things that Pulse has going for it is its layout. Very creative, very functional. It also has a nice widget that acts just like your feed. 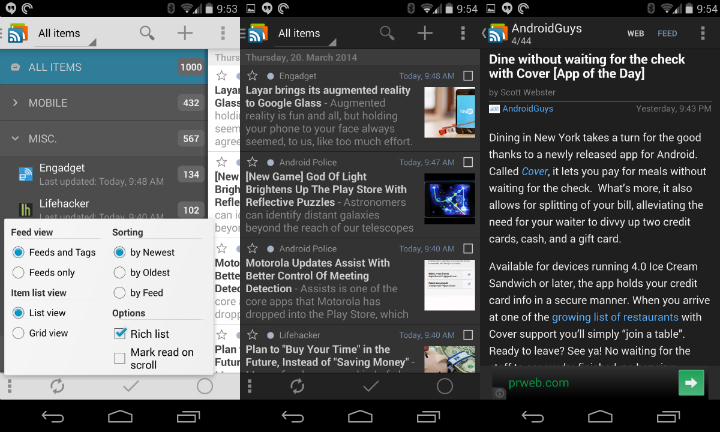 gReader has been around for quite a long time. Nobody knew if it would make the jump after Google Reader was shut down, but lo and behold, it’s still here! you can sign in with Feedly Cloud, The Old Reader, or choose neither, and start customizing. The app is free, but you’ll need to shell out $4.69 if you want to get rid of ads and add some better widgets. 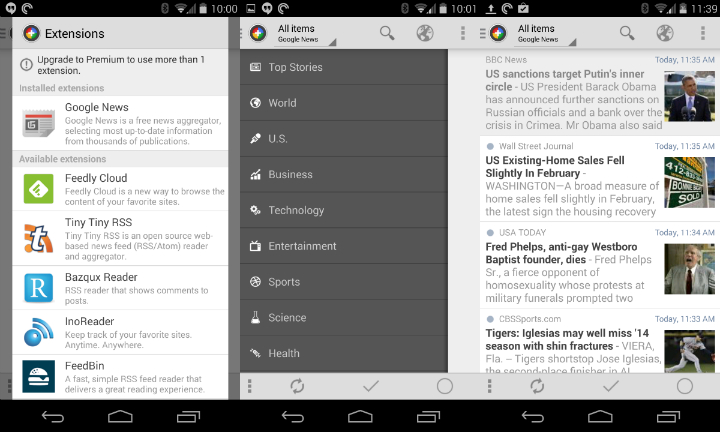 News+ was created to be almost a gReader clone with more feed options. At the time of it’s creation, gReader only supported Google Reader feeds. That has since changed, but News+ is still around, bringing you the news that you want, but only if you have the right extensions. The interface is very similar to gReader, so you aren’t losing much if you decide to switch over. If you’d like to customize your feed a bit more than usual, you’ll need to pay a fee to add more than one feed. 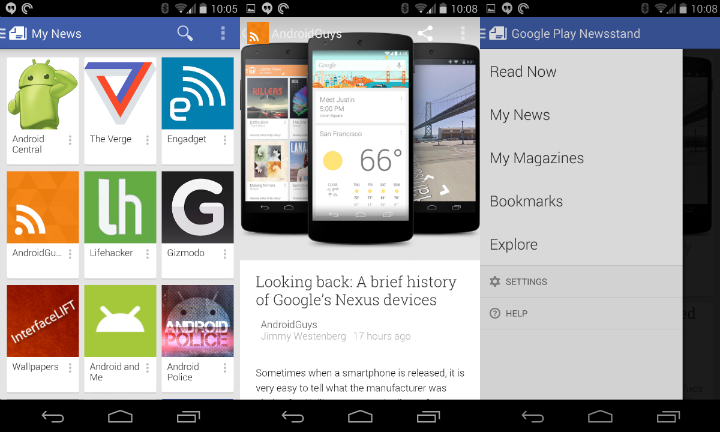 This one replaced Google Currents, Google’s news aggregator that killed battery life. Think of Play Newsstand as an “all in one” reader. You can read your news feeds, browse magazines, and even use Bookmarks, a built-in read it later service. 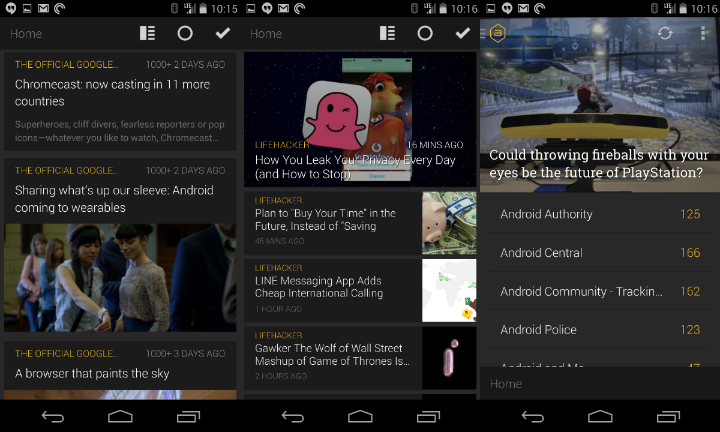 Amber RSS Reader isn’t terribly popular, but we still love it. This one lets you log in with Feedly, Feedbin, FeedHQ, and  BazQux Reader to get your news. it will cost you $1.99 from the Play Store, but it’s definitely worth it. For those who are looking for something beautiful and simple, take a look at this one. 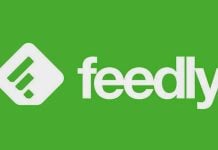 Feedly review: Does it still hold up in the crowded news reader category?