We’re no exception; all of us here at AndroidGuys have our own faves, too. Some have been around for a few months, others are brand spanking new. Some take but a few minutes to provide your fix while others can really chew up your free time.

We’ve put together a list of some of our favorite time-killing games of 2014. Note, this is not exhaustive and doesn’t feature what we consider a be-all-end-all list. We know that you’ve got your own faves, too. So, to that end, we’d love to hear your thoughts. Leave a comment below with the games you find yourself playing time and again.

TwoDots – Simple to learn, incredibly difficult to put down. The flat, cartoon-like graphics look right at home on today’s Android. You can play just long enough to get hooked or run out of lives but in-app purchases ensure you don’t walk away without spending a few bucks along the way. Addictive doesn’t event begin to describe this one; constantly refreshing lives bring us back every 20 minutes.

Bloon TD 5 – Easy way to spend time relaxing. Tower Defense games are designed in such a way that the player can decide how active they are in the game play. You have the choice to micromanage the game situation, or you can just be as laid back as you wish. With other games, they often require your full attention in order to excel, but with Bloon TD 5, you can monitor your monkey defenses without devoting too much of your attention. 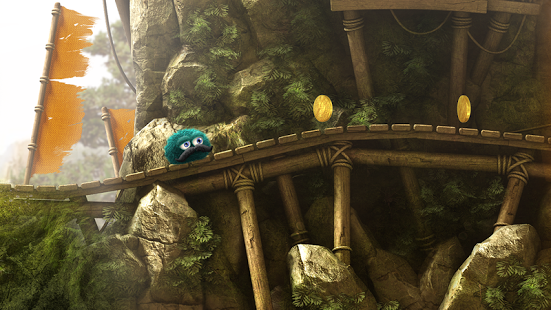 Leo’s Fortune – It is easily one of the best visually appealing games of 2014. It is a very fun puzzle game that is easy to pick up and learn. Android’s version of Little Big Planet.

Stick Hero – Perfect time waster, and can play at just about anytime and anywhere. Just help the little man cross the blocks by placing lines across the gaps.

Kingdom Rush Origins – Newly released, this game provides wastes more time than anything. After downloading just the other day, I’ve already spent a couple of hours wasting time on this awesome take on a tower defense game. The graphics are great, and the different upgrades that are available make this one extremely addicting. 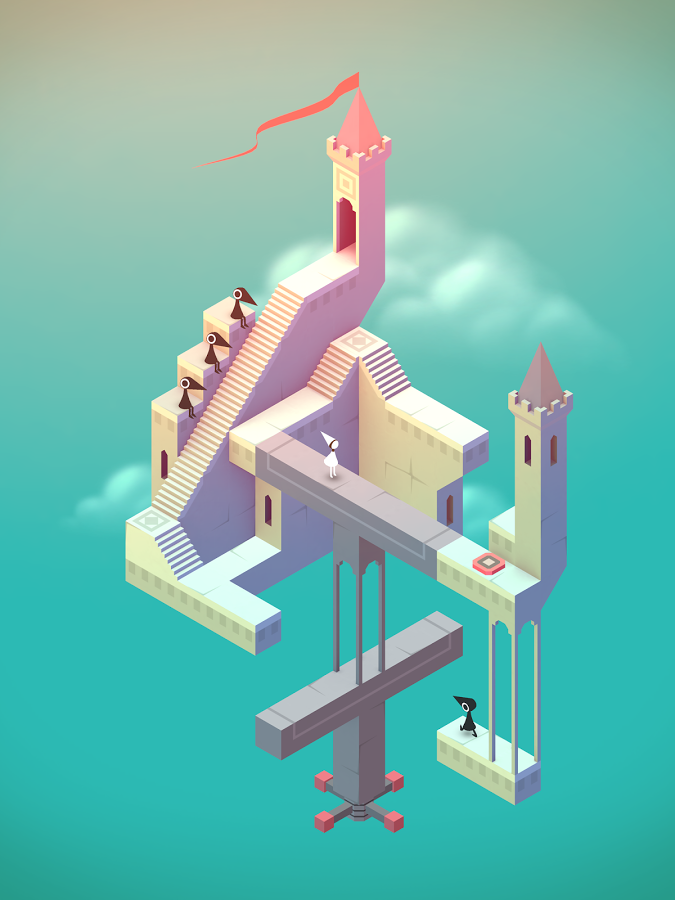 Monument Valley – Monument Valley is probably the game to challenge Leo’s Fortune for top graphical game of the year. This interesting take on a puzzle game is just absolutely stunning. Although you can go through the first set of levels fairly quickly, an update is coming sooner rather than later to provide additional levels.

New Words With Friends – After what seemed like an eternity, Zynga finally updated their Words With Friends application. The update gets rid of all the lag and force closing that the old version used to have. The graphics have also been updated to make the game more aesthetically pleasing to look at while you’re getting frustrated. Now I’d love it even more if I could beat a certain writer here at AndroidGuys.

Swing Copters – After Flappy Bird disappeared from the Play Store, it was only a matter of time before a frustratingly addictive game hit the scene. It just so happened that Swing Copters is made by the same person who developer Flappy Bird. The game was ridiculously difficult when it first released, but an update allowed the game to be a little bit easier to “master”.

Timberman – This is the first game that I actually competed against friends with. We would send screenshots back and forth via Twitter and text message, trying to see who would get the next highest score. I still pick this one up every once in awhile, but after a friend got a score of over 1000, I gave up trying, and continue to plateau between 850 and 925. 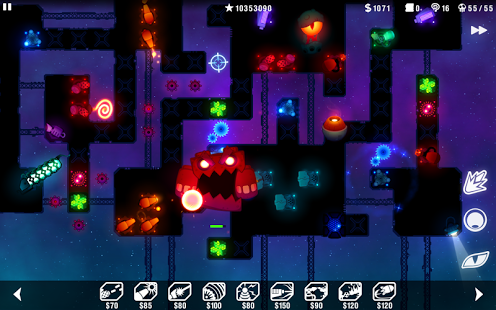 Radiant Defense – Easy to learn, good graphics, puts a new twist on tower defense games. Its a game that you can come back to at any time and pick it right back where you left it. Offers some in-app purchases that are not expensive and add to the game experience.

1010! – What happens when you take shape games like Tetris and have players create lines of ten both up and down as well as side to side? Simple colors and a dead easy premise have us coming back over and over. Log in with Google+ account and see how you stack up against other players around the world.

2048 – Addicting game of math, where you swipe tiles up, down, left, or right, and combine like-tiles to create a bigger number. So 2+2 makes 4, 4+4 makes 8, and so on. The goal is to make the 2048 tiles. The problem is, a new tile pops up every time you swipe in a 4×4 square, making it harder and harder every time you progress. Once you get the hang of it though, You are never able to put it down.

Quiz Up – Test yourself against friends or anonymous combatants in short and sweet trivia quizzes. Pick from just about topic under the sun and find out who knows more about Breakin Bad or Disney Princesses. Hop in, hop out, repeat. It’s about as addictive as it gets, especially for those who like games such as Trivia Pursuit or You Don’t Know Jack. Colorful graphics that stay on the right side of “flashy” make it easy on the eyes.

Boom Beach – Supercell created one of the most popular games ever with Clash of Clans, as evidenced by the commercial they paid to advertise during last years Superbowl at a cost of 4 million dollars per 30 seconds. They followed up Clash of Clans with a similar style attack game with Boom Beach, although this time the need to buy in-app diamonds is not needed to fully enjoy this game. Players develop a village where they can expand their base and grow an army to attack other players and computer generated bases to gain resources and victory points. As you progress through the game you can now join a team to attack very difficult bases as a group. Supercell definitely struck gold again with Boom Beach. 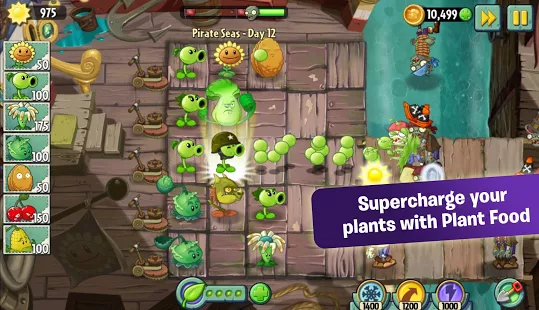 Plants vs Zombies 2 – This is one app that keeps surprising with the new levels, new zombies, new plants, and new themes. The one thing that keeps me looking forward to this game everyday is the Pinata Party. When this game first came out, we would have to wait every 96 hours in order to play for extra coins, gems, and plants. Since June, the developers have a new Pinata Party every 24 hours and a chance to kill the Yeti monster. Every so often, the game gives discounts on in-app-purchases so it does not feel like we’re spending a lot of money. One can save their game progress by logging in with your G+ account. Not only can you play with your friends, but when you upgrade to a new device, you can start back up where you left off.