When it comes to buying smartphones, things are much different in 2021 than they were just a few years back. Notably, it’s much easier and more commonplace to discuss an unlocked handset.

Google is one brand who has long championed the “direct-to-consumer” method for selling its devices. Starting back in 2010 with its Nexus One, Google’s phones have been largely sold through the internet. That’s changed over the years though as carriers have been increasingly warmed to the Pixel line.

If you’re in the hunt for an unlocked phone, or are curious about what Google offers today, you’re in luck. We’ve put together this buyer’s guide to help you better understand its current offerings.

Of the models offered today, the Pixel 5 is the flagship experience. It’s the most well-rounded phone in the lineup, boasting a multiple rear camera system and a generous battery with support for wireless charging.

Other key features included in the Pixel 5 are its support for 5G connectivity, water resistance, and 90Hz refresh rate.

Although it doesn’t have the most robust or current processor, it’s paired with plenty of memory and storage. Powered by Android 11, it houses the Titan M security module and Pixel Imprint (fingerprint reader), and packs a suite of camera modes and capabilities.

Announced and released in tandem with the Pixel 5, this one also supports 5G and features almost as much hardware as the flagship. This includes the same Qualcomm Snapdragon 765G processor and dual-camera array on the back.

Given it’s a few hundred dollars cheaper than the flagship model you’d expect some corners to be cut. Indeed, that’s the case here. You’ll not find the wireless charging, water resistance, and aluminum encasing in the Pixel 5. Moreover, it comes with 6GB RAM, down from the 8GB in the Pixel 5.

The entry point for Google phones today, the Pixel 4a is one of the best all-around values in the unlocked phone market. Priced just $350 when it launched, it provides consumers with the best of Android’s features with hardware that meets the needs of most people.

The Qualcomm Snapdragon 730G processor is paired with 6GB RAM and 128GB storage. In other words, few users have a lifestyle that demands more of their phone.

It’s not a 5G handset, but that may matter little as 2021 unfolds. To us it’s just not a feature that makes or breaks a device — at least not yet.

The most pocketable of the Google phones, it’s equipped with a 5.8-inch display with a hole-punch cutout display for the front-facing camera. Bonus points are awarded for having the 3.5mm headphone jack. Yes, we still like having that around. 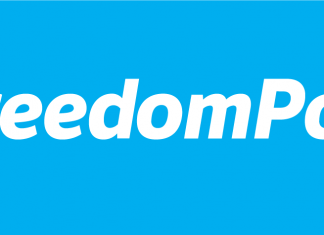 FreedomPop is a Wi-fi first carrier alternative to the big name networks. Here's what you should know about the MVNO that uses AT&T and Sprint towers.