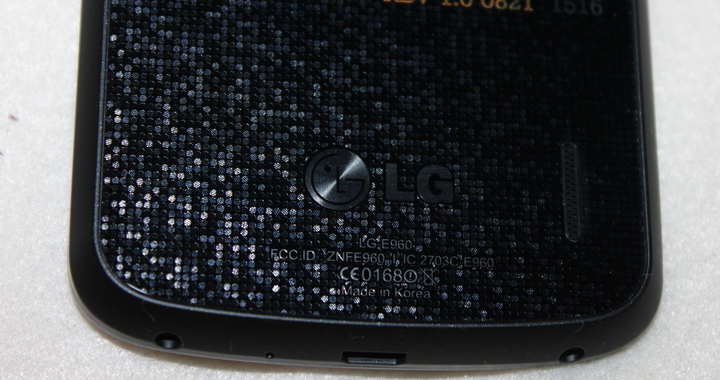 We’ve heard plenty these last few days about the alleged details for the upcoming LG Optimus G Nexus, but we’ve yet to see how it appears.  That changes tonight as four new images have surfaced for the next big Pure Google release.  Tech site baraholka.onliner.by is the first place to offer up the good ands, from the early look, it’s a sleek and sexy Android.  According to an AndroidAndMe source, this is the same device that they spent time with just a few days back.

Meanwhile, over at XDA, things are unfolding with another gallery of so-called Optimus G Nexus images.  Said to carry a model number of E960, the phone has a codename of Mako, Android 4.1.2, and a firmware called adudani. Looking closely, it’s possible that the phone you see here is actually the same as above, save for a little plastic housing to disguise the appearance.  Apparently the handset works on both AT&T and T-Mobile networks, a good sign of an unlocked GSM model bound for Google Play Store.