[dropcaps]Motorola has had an interesting career since the introduction of the smartphone. Before the smartphone, Motorola was king of the communication world. I mean, Motorola was the communications source for the Apollo 11 for crying out loud. Everyone remembers the Motorola Razr flip-phones. All the cool kids had them. Enter the iPhone, and subsequently the HTC Dream, and Motorola quickly dropped to the bottom. Remember the Motorola Atrix (*shudders*)?[/dropcaps] 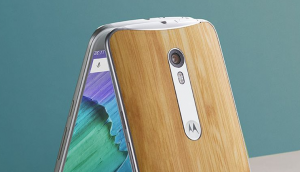 Then, Motorola was purchased by Google. It is not quite clear exactly how much of a hand Google had in Motorola’s creation of their next smartphone: we’ve seen some reports that they worked very closely, and recently we’ve seen Motorola reps say Google kept them at arm’s length. However much involvement there was, one thing’s for sure: Motorola’s next phone changed the industry.

The original Moto X was representative of consumer feedback they had received:

What’s more, Motorola proved that consumers didn’t necessarily need top-of-the-line specs. While the Moto X was no iPhone or Samsung S in terms of sales, it definitely took the Android community by storm (including myself). They noticed that users loved the lack of a UI overlay, and that devices flew off the shelves when they sold the device at a sub-$400 cost. 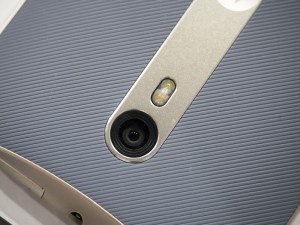 This leads to the release of Motorola’s famous budget phone: the Moto G. The Moto G managed to bring a good user experience to an unbelievable price – $180. The phone certainly wasn’t breaking any speed records, but it held favor with consumers. Motorola would later announce the Moto G as their most popular phone, ever. This would lead to the introduction of the even cheaper Moto E.

Still, the Moto X did have its share of problems: poor camera, not great battery life, and while the hardware proved a point, it was still lacking. Further, they saw the trend of phones getting bigger (even though many, including myself, appreciated the smaller form of the original Moto X).

So, Motorola announced the new Moto X (which, by the way, is owned by Lenovo at this point):

This, combined with an updated Moto G that had even more unbelievable specs (for the same price of $180) led to one of Motorola’s best quarters – 10 million smartphones sold in Q4 2014.

[blockquote author=””]You can see it through each iteration of the Moto X – Motorola is listening to its consumers.[/blockquote]

Even still, the Moto X wasn’t quite there yet. Many people still complained about poor battery life (although this was mildly solved by the Moto X (2014) being one of the first phones with Quick Charge), and the camera being poor. That being said, many were praising it for its continuance of a slim OS, useful features, and control over its design.

Fast forward to present day, and we have seen Motorola’s newest addition to the flagship line: the Moto X Pure Edition. With this announcement, Motorola focused on four things:

Think about it for a second: Motorola is giving all the carriers one nice, big middle finger, all for the sake of the consumers. How else can a mobile phone company place their trust in a company?