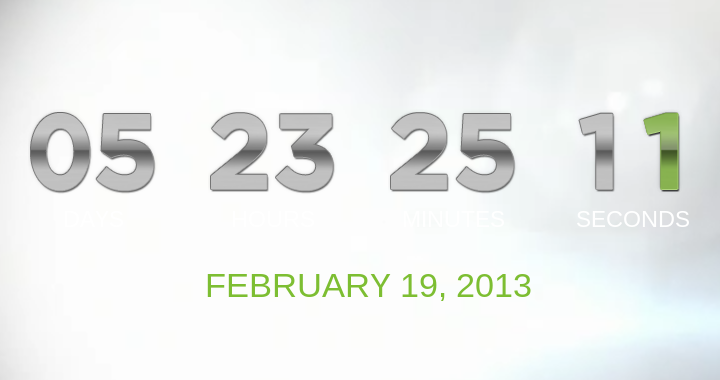 HTC has a new countdown on its website which ticks off the seconds until the February 19 press event. The timer is interesting for a number of reasons, all of which pertain to the forthcoming device announcement.

Watch the countdown for a few moments and you’ll note that every 10 seconds it runs a short, 4-second video clip in the back. Also, any time the second marker ends in “1”, the number is switched to the familiar shade of HTC green. Sounds like HTC M7 will, in fact, be called the HTC One.

A simple ‘view source‘ of the page lets visitors manually watch the cycle of videos, each teasing a different aspect of the upcoming HTC One.

There are but a few days left until HTC officially announces the next flagship smartphone of 2013; have you caught up with the list of what to expect for the HTC One?