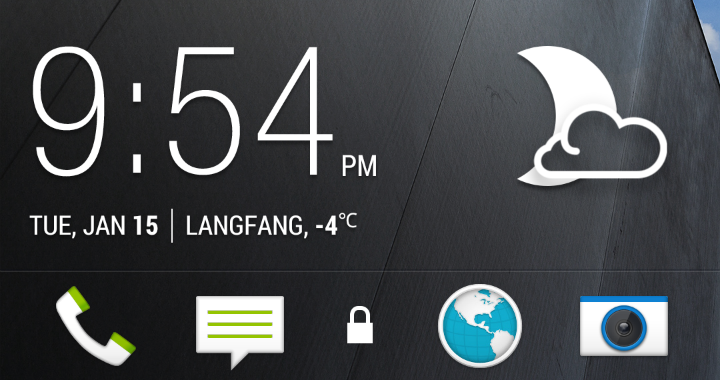 Much is being made of the upcoming HTC M7, especially the fact that it is one of HTC’s biggest risks to date. The company is looking to gain back the market share given up to Samsung and other players over the last few quarters and is hoping for a much more profitable 2013. To do that, the M7 and any other new smartphones will need to be a hit.

One way in which HTC was able to stand out in the crowd was the way the Sense UI experience helped jazz up the Android experience. But, after a few years and seemingly similar iterations, the once-polished and friendly user interface looks dated.

The HTC M7 is slated to be the first Android smartphone to employ the Sense 5 UI, however previous models may get a new lease on life with a software update down the road. So, if you’re wondering exactly what Sense 5 might look like, wonder no more.

The seven screenshots accompanying this post come from a leaked ROM found over at XDA forums. The photos you see here are said to be running on a Droid DNA but originate from a Sprint version of the M7. For what it’s worth, rumors suggest that all four major carriers will offer the flagship device.