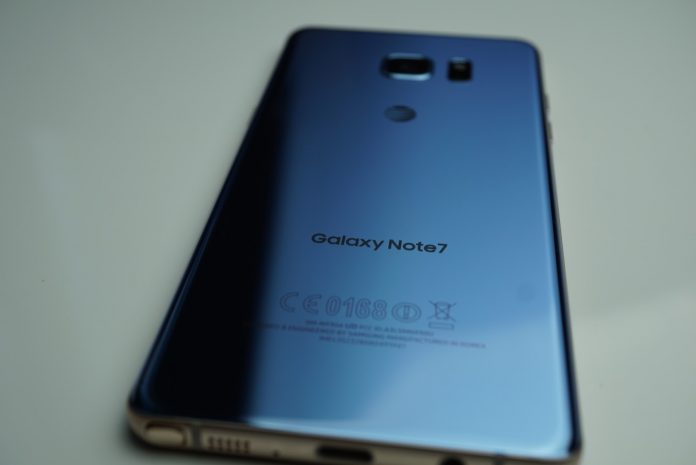 Welcome to our first impressions of the Samsung Galaxy Note 7! Here at AndroidGuys, several of us were taken in by Samsung’s beautiful new superphone and pre-ordered our phones just like many of you. We’ll have our full review in the coming weeks (we like to take our time with a device before reviewing it), but it’s not too early to give your our initial impressions of the device.

Samsung really upped its game with the Note 7 this time around. While the Note 5 was a beautiful redesign that followed the new industrial design of the Galaxy S6 and Galaxy S6 Edge, the Note 7 is another iteration of that same design. We aren’t getting a version of the device with a flat screen this time around, but the curves are much more subtle than they are on the Galaxy S7 Edge so the Note 7 feels a bit slimmer and it is easier to activate swiping gestures from the left side of the phone. We’re also getting water resistance back and expandable storage, which fans were demanding. So what do we think about this phone after a few days with it? Let’s dive in.

Wow. In my humble opinion, no other display on the market competes with the Galaxy Note 7 in terms of vibrancy and overall brightness. Not only that, but this thing gets DARK, too. When I turn the brightness all the way down to read in bed, it is pleasing to my eyes unlike other phones on the market which have too high of a brightness floor. Bravo, Samsung. 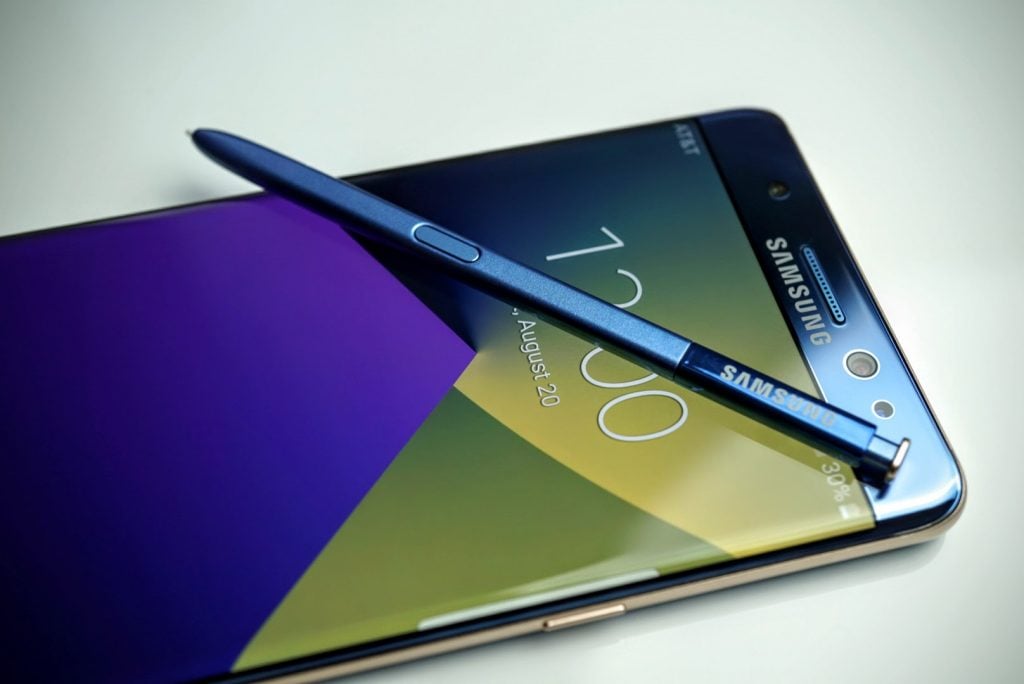 On the other end of the spectrum, the Samsung Galaxy Note 7 gets brighter than any other phone on the market. According to DisplayMate, who are experts in this area, the Note 7 can achieve 1000 nits (A unit of measurement of luminance, or the intensity of visible light) at peak brightness, which is a new record.

The colors on the Note 7 are stunning as well. Sure, some will complain about the display oversaturating colors (maybe rightly so), but to the naked eye, it looks fantastic. If you’re not in love with the color profile that comes standard on the Note 7, you do have 4 profiles to choose from: Adaptive display (default), AMOLED cinema, AMOLED photo, and Basic. 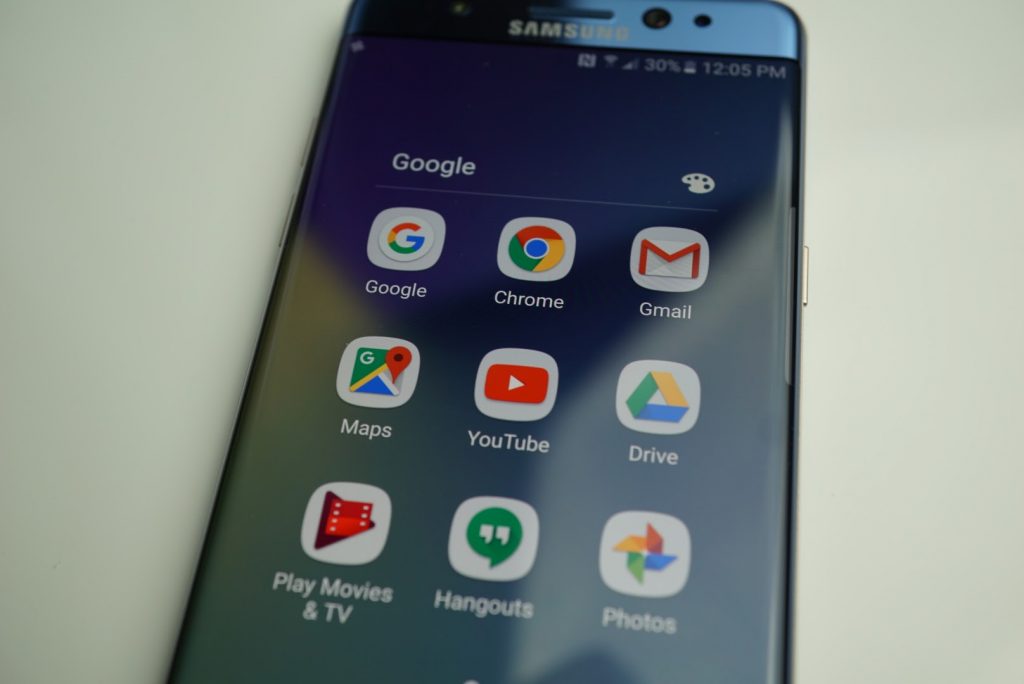 While the curved display does look beautiful and gives a bezeless effect, it is still hard to use for me. The Galaxy S7 Edge was much harder to swipe in from the left and almost impossible without a case, but the Galaxy Note 7 does a better job due to its less dramatic curve. That being said, it still isn’t a fun experience for me. At all. Spigen sent over some cases for us to review, and I’m glad it did because it makes holding the phone and swiping from the left much, much easier. I don’t know if I want to go through constant frustration or constantly using a case to operate this phone the way it was supposed to be used.

Samsung continues its iterative improvements to its skin, TouchWiz. Long gone are the obnoxious blues and neon greens, replaced by whites, soft blues, and grays. I, so far, have enjoyed the aesthetics that Samsung has presented in the Note 7. It’s easy on the eyes and looks appropriate for a phone at this price point, in my opinion. Along with those aesthetics, there remains a theme store where you can change up the look to your liking if you don’t enjoy the stock TouchWiz look. 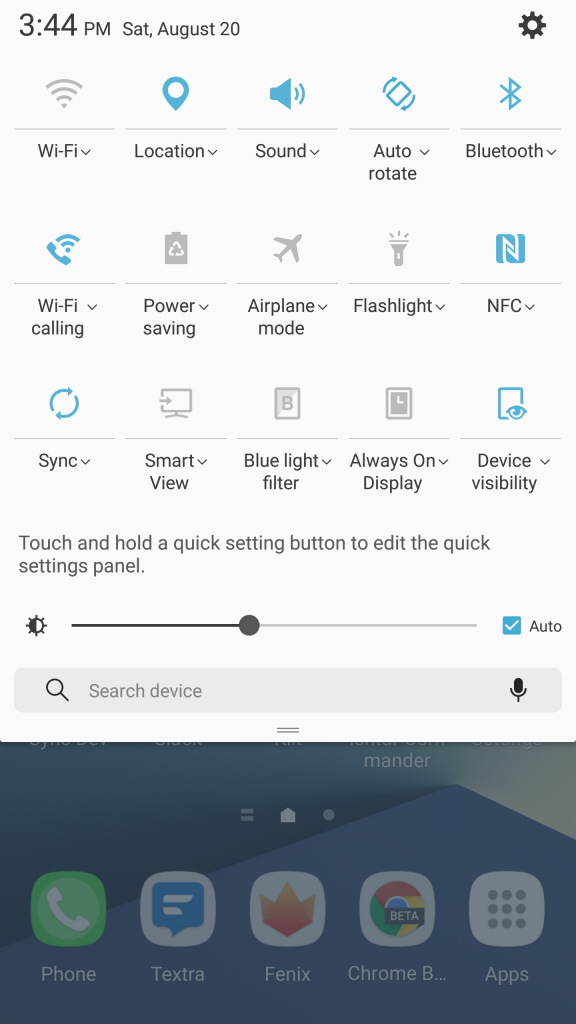 One of the things that bothers me most in software skins is what OEMs do to the Settings application. I’m often in and out of the app (checking battery life, mostly) so it’s a major factor in my experience with the phone. I don’t think that Samsung’s reskin of the Settings app is better than stock Android, but it doesn’t take any steps back. It’s well formatted and offers a clear idea of what options are in which category. There are a TON of options in the Settings app in the Note 7, and Samsung does a pretty good job of not making it feel overwhelming. 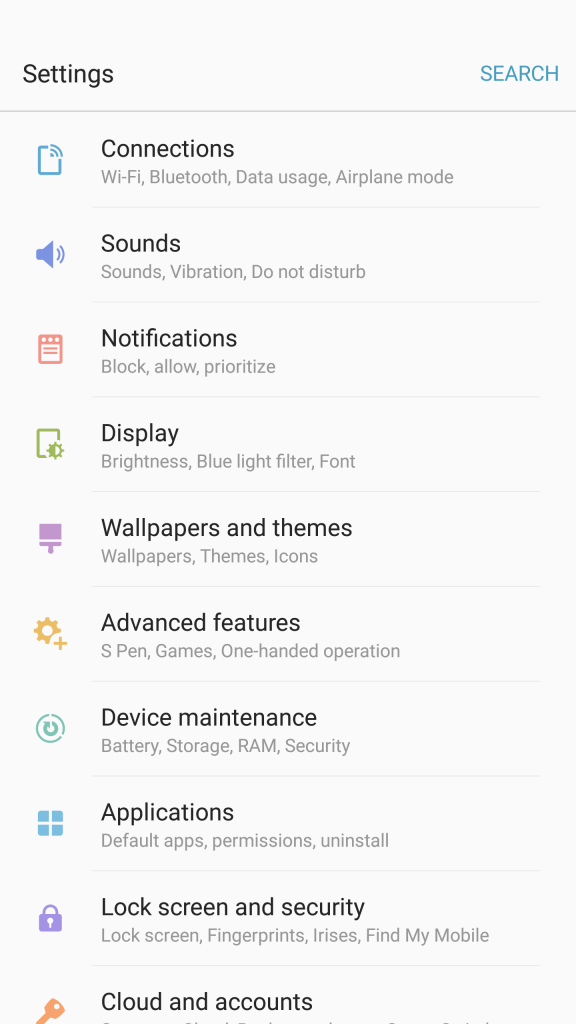 I’m impressed with what I would even call restraint that Samsung has shown in its software. Gone are the days where it replicated every core application in stock Android and added in its own ridiculous applications no-one asked for (Milk Music?), and even though some of those apps have stuck around and are joined by carrier bloatware, it doesn’t feel so bad since they’re all hiding in folders in the application tray. I don’t need two apps to do everything, but the apps that Samsung bundle with the Note 7 are pretty good, especially the Calendar, S Health, Theme Store, Secure Folder, and the Camera app.

I’ve buried the lede a little bit since this statement comes so far into this post, but the Samsung Galaxy Note 7 is the most attractive phone I have ever seen. And, it’s not really close, either. I have the Black Oynx version of the phone, and the only thing that is not black on it is the Samsung logo on the front and the lens for the camera on the back. This gives the phone a sleek, blacked-out feel that is a pleasure to look at. 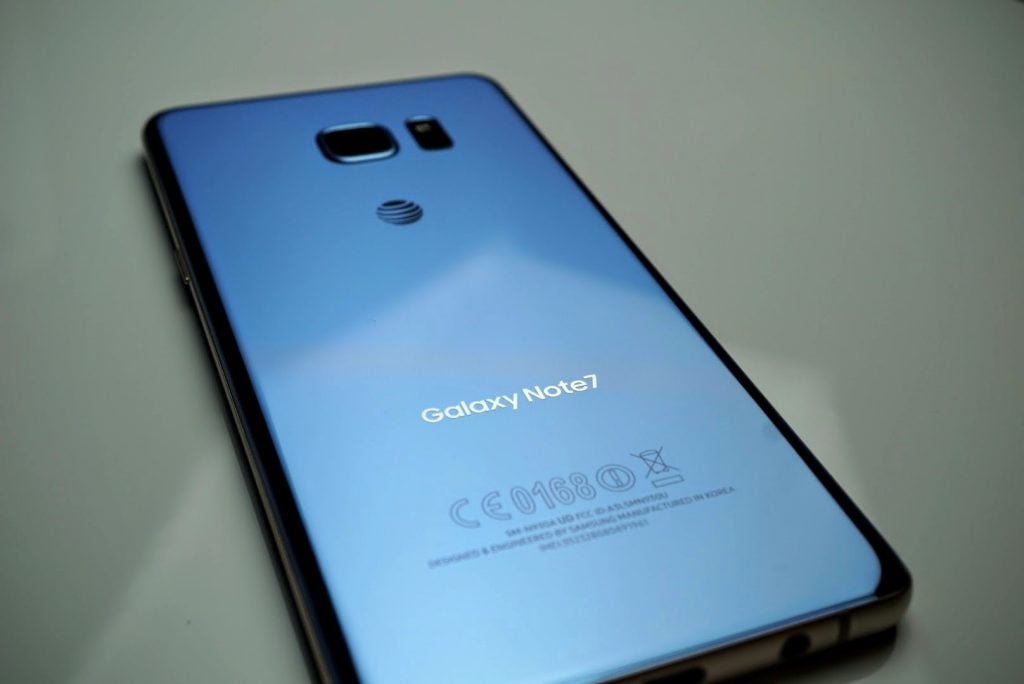 And, not only is it easy on the eyes, it’s a pleasure to hold, too. While glass does have its downsides, it is still the most pleasing material to the touch in modern day smartphones. The curved front and back of the Note 7 lead to spinning the phone in my hand nonstop. The perfectly weighted device is a joy to hold even when I have to reach to the top of the very large 5.7″ display. I don’t have big hands (nor do I have abnormally small hands), but I do occasionally have to take my pinky off the bottom of the phone to reach the top.

After some of the initial reviews I’ve read or watched, I was actually quite pleased with the bottom firing speaker. It’s loud enough, and while it doesn’t put out any bass, it’s pretty clear until the highest volumes. Bluetooth and wired headphones sound as good as with the Note 7 as any other phone.

The S-Pen has been nice so far, even if I’m someone who generally doesn’t use a stylus. The added functionality to make GIFs and writing on the display is pretty cool, but I doubt it is something I use much, if ever.

The camera has been great so far with fast shutter speeds and a full featured camera app to control it. I love that all of the modes are a swipe away, but you can easily just pull the phone out and snap wonderful pictures reliably. We’ll have a closer look at the camera and many other features of the Samsung Galaxy Note 7 in our full review.