Seems like every year around this time we find ourselves looking at a leaked Verizon roadmap with multiple smartphone release dates.  Such is the case today as we learn what Big Red has in store for the remainder of 2012.  According to a source close to PhoneArena, we should see roughly a half dozen Android-powered devices hitting Verizon between now and Christmas.

First up will be the Samsung Stratosphere 2, which is listed as having a Super AMOLED Plus display, an 8-megapixel camera, and a dual-core Snapdragon S4 chipset. 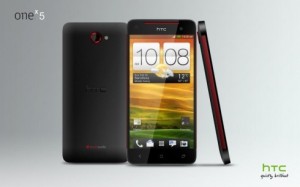 Also of particular note is the sliding QWERTY keyboard, something we don’t see much of any longer.

A few weeks later we should be hearing about the LG Spectrum 2, or Verizon’s version of the Optimus LTE II.  Details are reported to include a 4.7-inch display, a dual-core 1.5GHz processor, an 8-megapixel camera, NFC support, and a 2,150mAh battery.  Look for this Android 4.0 Ice Cream Sandwich phone in early October.

The fabled 5-inch HTC phablet is still said to be very real and looks to arrive in November.  As a refresher, this is the one slated to boast a 480ppi 1080p HD display, 1.5GB RAM, and at least 16GB storage.

At some point in the middle of the fourth quarter we should see the two new HD handsets from Motorola.  Pricing is still up in the air but the Droid Razr HD and Droid Razr Maxx HD are set to bring moderate refreshes to last year’s models.

A successor to the Pantech Breakout is slated for some time this year, however it’s unclear what might be in the box.  Details such as hardware and tentative time frame are unclear for the so-called Pantech Perception.

Finally, Verizon is rumored to offer a pair of ZTE tablets later this in the form of 7-inch and 10-inch models.  Pretty much everything here is unknown, and even the source advises that the larger model could have been scrapped already.