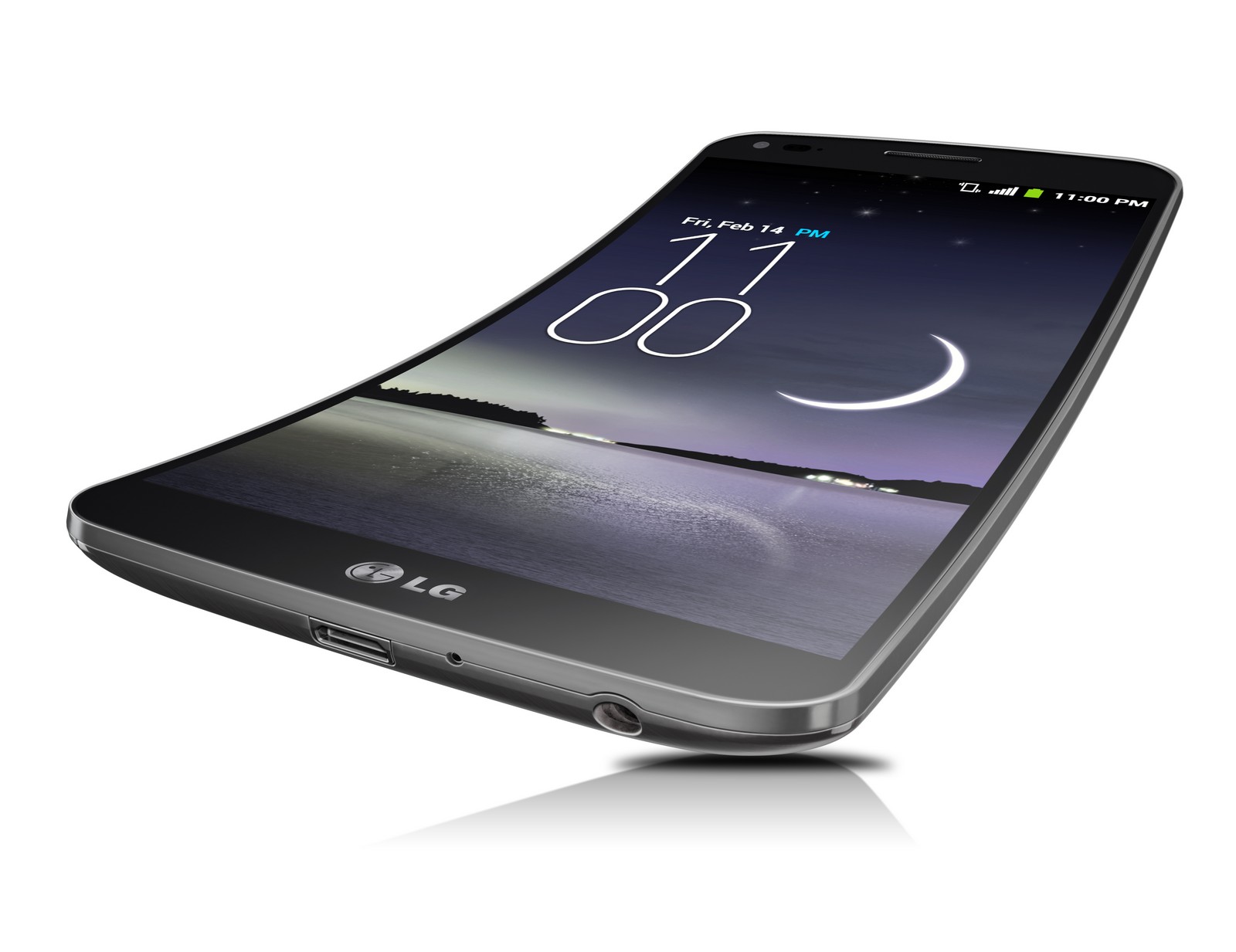 I should preface this review by saying, up until now, the biggest phone I’ve used on a daily basis is a Galaxy S 4 with an Otterbox defender case. But since that didn’t bother me one bit, I didn’t dream something this size would throw me for a loop the way this has. Coming from the Blu Life Pure mini which has a 4.5 inch display, it was an even bigger shock.

*HOLY CRAP that thing is huge* *Wait a minute, why is it curved again?* *How do I turn this thing on?*

The phone is, in my honest opinion, too big to be manageable with one hand. But in LG’s defense, they made the device about as small as they could with a screen that size. The quality of the display is lacking, it has a grainy rainbow quality, the likes of which you might see when oil smears on the display.

The front is plain with a singular LG badge at the bottom center. There are no buttons on the sides, top or bottom, but the SIM tray is found on the upper left hand side of the device, the microUSB port in the bottom center and 3.5 mm headphone jack directly to its right. Aside from the curved display, the most interesting thing about this device is on the rear. Top center you’ll find the extremely poor performing 13 megapixel camera stacked above the volume up, power/sleep, and volume down keys. The device’s IR blaster is located to the left of the sensor and the LED flash to the right. All hovering over another LG badge. Lastly, at the bottom center, the T-Mobile symbol to the left of the speaker.

Although the display is large, the curved nature does make one-handed use seem a bit easier than the alternative, as you don’t have to reach your thumb quite as far to the top opposite corner. Also due to the curvature, holding the device to your face isn’t as daunting as you would expect from something so large as it seems to cup your cheek much like the banana “phone” you used to answer when your little niece handed it to you ringing.

There are some definite issues with the build style, though. First, the combination of the slick “self-healing” plastic back and the curve makes it so this device will slide off of any uneven surface, so don’t even think about setting it on your lap while driving.

There’s a certain charm to not having any buttons on the sides on the device, but I just can’t get used the the buttons near the camera, I constantly find myself smudging up the lens while trying to elevate the volume.

The obvious draws about the device are the curve and the large display, but aside from the great size, the display is really nothing to write home about, and when you’re in sunlight, the screen makes an odd silver glare which I can only compare to that of looking at a 3D display from an odd angle. But I think these are issues which will be solved with time.

The size is great for YouTube and Neflix, no problems with volume at all, but it’s nigh impossible to utilize the device one-handed while laying down. I found myself trying to smush it against the couch or bed to keep it propped up, and always had issues with my palm hitting things on the screen when I stretch out my thumb. 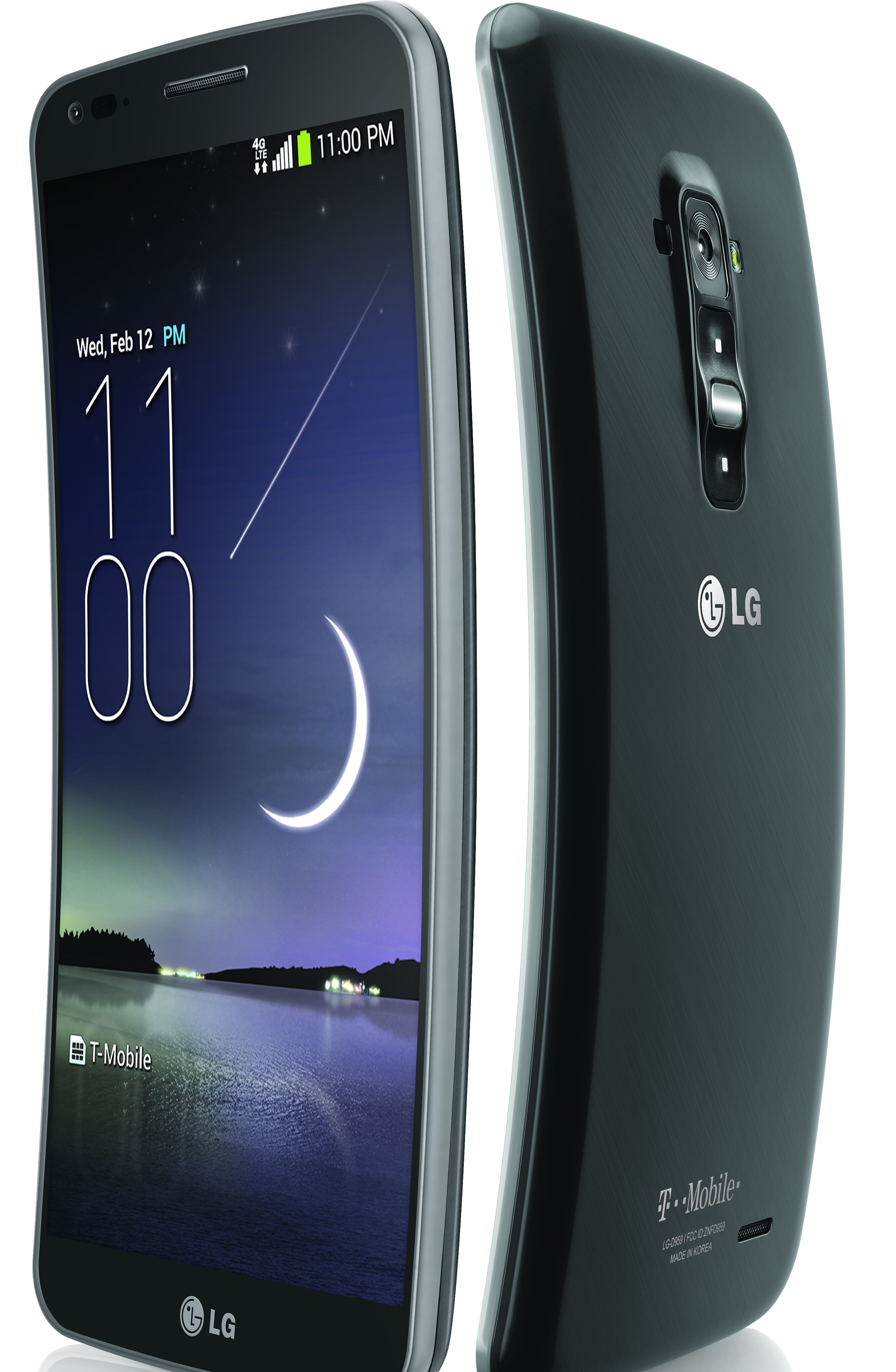 For full specs, check this out.

At the time of writing this review the device is still running Android 4.2.2. Let’s start with knock to wake. Simply tap twice on the screen while it’s asleep to turn it on. This being the first device I’ve used which supported this feature, I will really be sad to lose it. The launcher is practically identical to Samsung’s TouchWiz, the “Apps” button is far right, the weather widget is very similar and the Google search widget is the exact same, even in it’s stock arrangement in the middle of the screen beneath the clock/weather widget. The most notable feature of the launcher will appeal to the neat-freak in you, the ability to create folders within the app drawer.

My only complaint to LG about the software is the fact that, even though the device has on-screen buttons like a Nexus, they saw fit to replace the multi-tasking button with a menu key. To access the task switcher, like most devices with hardware keys, you must long-press the home button. To add insult to that injury, there’s a way to change the order of the buttons and add new ones, but still no multi-tasking button, the only new buttons are “Launch quick memo” and “Pull notification panel down”

However there are a plethora of customization options, from per app color for the nav-bar, down to the ability to swipe the buttons to squish them to the left or right to facilitate one-handed operation.

Overall it feels like another solid, smooth LG device. Although the technology behind the display wasn’t ready for this high a profile release, and, in my opinion the curve doesn’t serve enough of a purpose to be attractive, this device performs admirably and as long as you aren’t off-put by the form-factor, size and display quality, it will serve you well.