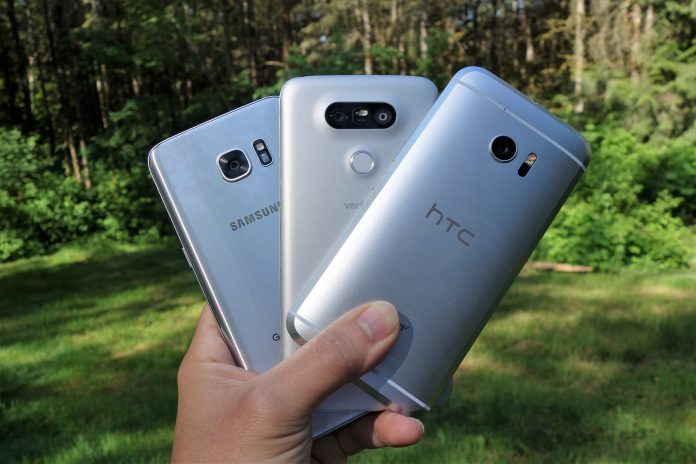 Android has had quite the journey. It’s good to reflect sometimes, and it’s crazy thinking that the first official Android smartphone, the HTC Dream, launched almost eight years ago. Eight. Years.

I personally joined the Android bandwagon with the HTC Evo 4G in 2010, and I remember the space being so exciting those days. There were so many improvements to be had, and manufacturers were constantly playing with new designs. Sure, we were like beta-testers for them, but it was nonetheless fun for technology enthusiasts. Who remembers that neat Xperia Play phone, that had slide-out game controller?

Fast forward to today and we are seemingly at the pinnacle of the smartphone goal. It’s much harder these days to find a bad Android phone. Processors are speedy, RAM is ample, displays generally look great, and even the lower costing phones are achieving a premium construction. This is great, but I’m sure that I’m not the only long-standing Android user that misses the smartphone dynamic that used to be. 2016 is the first year that I’ve gotten genuinely bored of Android phones, and it’s awful.

The problem is that when our thirst for better performance/quality was quenched, there was nothing to replace it. And now manufacturers are struggling for our attention. You’d think the following question would’ve been raised a long time ago: How will we still be able to sell smartphones when all their components have gotten as good as they’re gonna get? Isn’t a business’ survival largely based on its strategy for the future?

To be fair, we have seen some efforts this year for smartphone innovation, such as the modular concepts from LG and Moto. But I don’t understand why their implementations feel like the companies just realized in the year before, “Oh crap, we need to do something different!”

For instance, why on Earth does the G5 still only have two modules, one of which isn’t even offered in the U.S. The modular idea should’ve in the game plan years ago, so that it would be ready in years to come. Companies should be smart enough to know that whipping up a half-assed idea just doesn’t pay off. This might sound like I’m digressing into a rant, but the point is that without a long-term plan, you’ll fail.

Benefit of the doubt can be applied in this situation. We are spectators after all, speculating what companies are doing. There’s tons that we don’t see behind the scenes, and I’m sure that companies aren’t as dumb as I’m suggesting. However, that in turn implies a scary situation. Ideas aren’t solidifying. Maybe they’re too challenging to turn into a reality, or maybe they’re too risky. Whatever the reason, without something interesting, consumers will just stick their current devices and deliver a blow to the mobile industry.

But hey, that wouldn’t necessarily be as bleak as it sounds. Smartphones would just have to launch less often, when the company has had time to develop an innovation. A lot of tech out there don’t go off of a yearly refresh cycle. It totally makes sense that smartphones should adopt the same philosophy; they’re no longer changing enough to justify it.

What else can smartphones do?

A valid concern to this whole subject is that smartphones just cannot be engineered any further. I’d love to disagree and bring in Tony Stark to blatantly prove you wrong, but reality is against me. Smartphones have such tight spaces and restrictions to work with; you can tell that companies are reaching deep to find another use for them.

That said, I believe modularity is what could save smartphones. Smartphones cannot do any more themselves, but if you append functionality with dedicated devices, then the door blows open. It’s a tricky game, though. Consumers don’t like complicated gadgets. I believe this is a big reason why Google’s Project Ara has yet to take off.

There are also neat concepts that we’ve been exposed to that failed instead of evolved. Anyone remember the Motorola Atrix and its smartphone/laptop hybrid system? I hated when Motorola dumped that capability. How cool would it be to dock our Android phone on a laptop and run Chrome OS off of it. Android better watch out, because Microsoft’s Continuum system is looking to capitalize on that ability.

Or how about folding displays? I would’ve liked to see the Kyocera Echo’s idea pushed forward by the larger manufacturers. We’ve seen evidence that Samsung is developing it, so here’s hoping that it’s far down the development process.

You’ve heard enough from me. What do you think about the situation? Are you also bored with today’s smartphone space? What would reignite your interest?