Smartphones. The first thing we check in the morning and the last thing we look at before going to bed at night. They’re quickly becoming the vessel that brings us all our news, entertainment, and communication with others. There are many flavors of Android on the market today. You can go out and buy a super budget phone for $50 or spend upwards of $800 on the highest end device. That got us thinking, in our long history with Android, what are our favorites? Which devices defied expectations? Which devices were the hardest to put down? In no particular order, here are four of my favorite devices from the past eight years of Android. 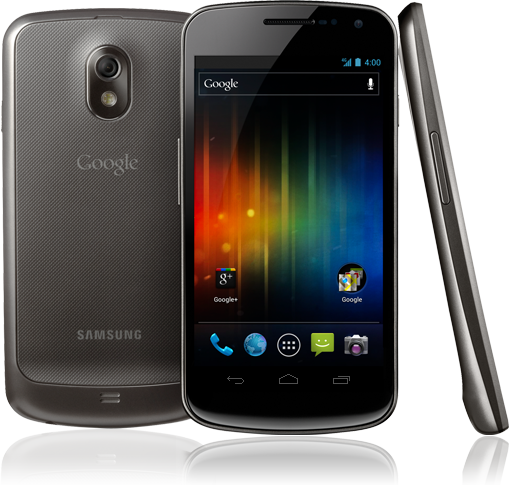 The Samsung Galaxy Nexus was not my first Android device, but it was the first device that got me to put down my iPhone permanently. Before it was a series of frustrating phones that promised great things but failed to deliver. The Galaxy Nexus relieved all of those frustrations with its new Ice Cream Sandwich operating system.

Ice Cream Sandwich (or ICS) was a bit of a revolution in software to me. Long gone was the annoying, slow, and buggy operating system that held back wonderful hardware. Now we had a fully functional, fun, and root-able OS that changed the game. Sure, Verizon screwed up the Galaxy Nexus due to its inability to push updates, but I believe I spent more time in front of a command prompt than any other in my life while owning that phone. Flashing new ROMs, screwing up flashing ROMs, fixing the mistakes, and doing it all over again. There were many frustrating nights, but I learned a ton in that period and most of it made me love Android even more. 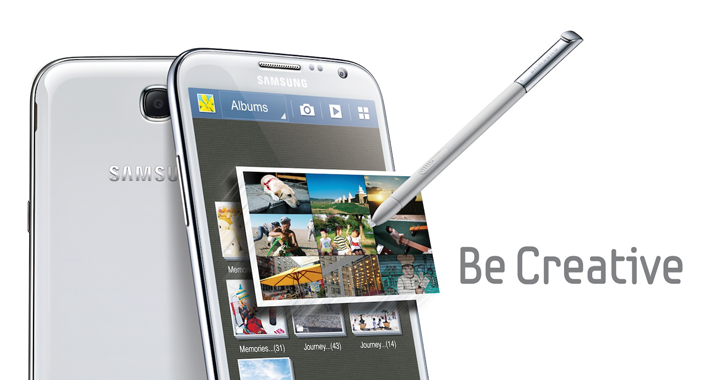 As I alluded to earlier, I was an iPhone user at first. I still maintain my love for the iPhone and iOS, but one of my biggest issues with Apple’s devices was their size. The screen was just too small. So, when I saw the brand new Samsung Galaxy Note II and its humongous 5.5″ display, I was in love.

Obviously, we’ve progressed to the point where 5.5″ screens are accepted as normal today, but the Note II was something to behold in 2012. It had a 2″ advantage in screen size over the current iPhone and almost an entire inch over the Galaxy S3 I was using at the time. When you combine that with a removable battery, expandable storage, and a stylus (!!), I was over the moon.

The Note II wasn’t quite on the level of the Galaxy Nexus in terms of community software development, but it was one of the best for non-Nexus phones. I had any choice of Cyanogen-based ROMs to choose from as well as TouchWiz-based ROMs if I wanted to stick close to stock, but the CM-based ROMs always won out. Running close to stock Android on the best hardware on the market was something to truly fall in love with back in the day. 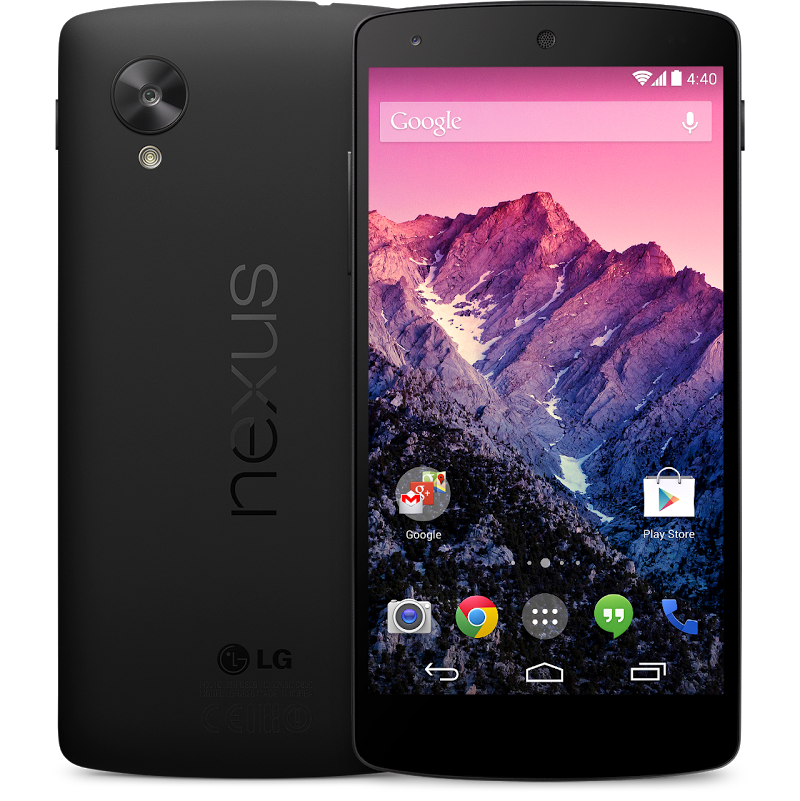 The Nexus 5 is what I would consider the first great Nexus device. Others had tradeoffs (bad displays, awful battery life, price) but the Nexus 5 combined a wonderful display, excellent price, and the best software on the market.

Yes, maybe it’s a little unfair to have two Nexus devices on this list, but I have them on here for completely different reasons. The Galaxy Nexus was a wonderful introduction to Android that really helped me find a love for the OS. The Nexus 5 was a phone that I came to after loving Android for a long time that cemented the reasons why I’d never go back to another OS.

The Nexus 5 marked one of the first phones where I felt really content with the OS out of the box. I didn’t feel the need to put a ton of ROMs on it because it had Android Lollipop, which was fantastic. Did I root and install some tweaks? Sure, but I never really felt the need to change the entire OS like I did with the Note 2 or Galaxy Nexus.

On top of the wonderful OS was a physical design that I really loved. I still love holding an OG Nexus 5 in my hands to this day due to the body size and how the materials felt in my hand. No, they weren’t the most high-end materials or finishes, but for around the $350 price-point they held up well and the back was easily replaceable if you wanted to change it up. Plus, it came in red! How cool! 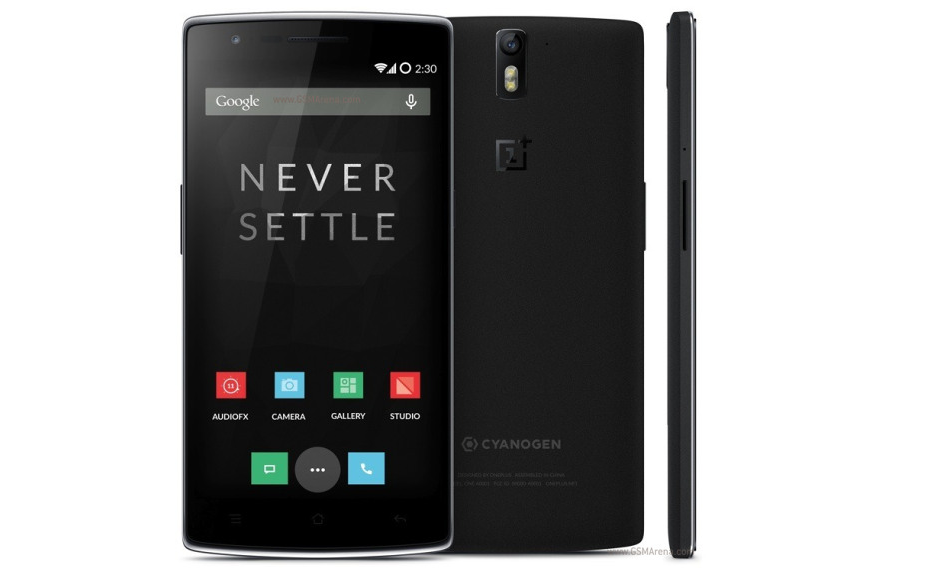 Rounding out my Mount Rushmore is the original Flagship Killer™. OnePlus originally released the One in 2014 after a rather healthy amount of designed leaks. Every week or two we were greeted by the unveiling of a new spec or feature of the One either by OnePlus itself or leakers like EV Leaks. The OnePlus One was certainly one of the best phones on the market for an amazing price ($350), but you had to deal with an invite system and a company seemingly trying to shoot themselves in the foot.

The One featured a top of the line processor (Snapdragon 801), an abundance of storage (64 GB) and a healthy amount of screen real estate (5.5″ 1080P display). But, what stood out most about the OPO was its battery life. I would routinely get seven to eight hours of screen on time and two days of use. I’ve never come close to that mark with any other phone since. Whatever special sauce OnePlus and Cyanogen cooked up to get such amazing battery life out of a 3100 mAh battery was truly special.

I would be remiss if I don’t touch on OnePlus as a company, though. There were times when owning one of its phones was hard. When it launched the Ladies First promotion, I didn’t want to use that phone anymore. We should have learned early with the Smash The Past promotion what kind of company we were dealing with.

OnePlus has gone on to release the OnePlus 2 and OnePlus X since and seems to have calmed down with the ridiculous promotions and overpromising that stained its reputation early on, so I have a lot of hope for the company. If it continues down the path its currently traversing and release another stellar phone in the OnePlus 3, I think it will be here to stay.

Well, there you have it. That’s my list of favorite devices from the past few years. I feel like these devices are the ones that fostered my love of Android and mobile technology more than any others.

I’d like to give an honorable mention to the Samsung Galaxy S3, Samsung Captivate (my first Android phone), Motorola Moto X, Sony Xperia Z2, LG G Flex, and the Nexus 6P. I could make a case for each and every one of those phones to be on my list whether it be amazing cameras, software features, battery life or something else. They’re all wonderful phones, but these four are my all time favorites. I can’t wait to see what the future holds and what can knock one of these off my list.

What phones are on your Mount Rushmore? Let us know down in the comments what your favorite phones have been.