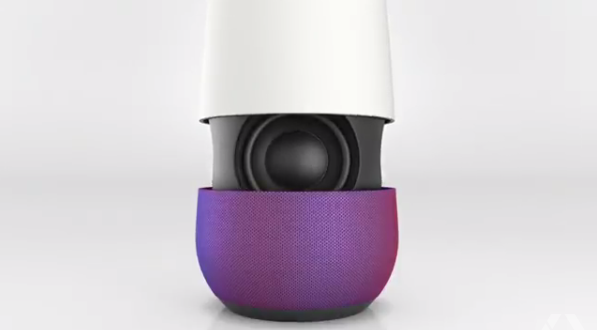 More details on Google Home came yesterday at Google’s keynote event in San Francisco. These are a few of the features of Google Home that went a bit under the radar but are worth noting in a bit more detail.

Google has priced the Home competitively at $129, noticeably cheaper than the $180 for the Echo, Google Home’s main rival. This price plus it’s features are sure to make Google Home popular enough to make Alexa sweat a bit.

This is a neat feature indeed. The touch sensitive top means that if you need to activate Google Home and don’t want to use your voice, for whatever reason, you can simply tap the top and it’ll wake up and be ready to do it’s thing. It’s also handy if you plan on having Google Home bedside, and use it as an alarm clock. Just tap the top to silence the alarm instead of having to shout first thing in the morning.

This one is definitely exciting. One thing I wish was available on the Amazon Echo is an option for some color, as it’s a big black cylinder that sticks out in my living room. Google Home has kindly added six different swappable base options in different colors and materials so that it will better suit me and my space. Also, this means that potential third-party bases may be made with Home compatibility for further style and maybe functionality will come to Google Home in the future.

The ability to send a YouTube video straight to my TV using only my voice is something I wish I had the capability of doing years ago. Google Home’s ability to control my Chromecast or Android TV automatically is a huge leap over the Echo. It’s a surprise that Echo cannot do this in Amazon’s own ecosystem of products considering they have all the tools, but points to Google for adding this excellent feature.

Google Assistant is something Google has been pushing for a while now, and the machine learning engine behind it makes the Google Home experience an always improving and learning one. Home will only get better as you use it, and will learn new tricks automatically without needing any sort of updates or product refreshes to get them.

The ability to ask a follow-up question is something Google users have taken for granted for a while now, since it’s been a part of Android for a few years. Google Home brings that functionality to your home with Google Assistant’s ability to be context aware and be able to respond to follow-ups like “What team does LeBron James play for?” and then “What’s his uniform number” and get the right answer without having to clarify. A game changer for trivia night at home.

Cast support for audio and video is a big feature of Google Home, for good reason. Cast allows Home to act as a whole-home stereo system through Chromecast Audio and Cast-enabled speakers. The party-hosting possibilities with Google Home are infinite and awesome.

The simple, small design of Google Home is certainly a killer feature, seeing as it is something that will be visible and part of your home and everyday life. Google did well to make the Home pleasing and unobtrusive, as well as customization so it won’t stand out, but still be functional.

One place where Amazon Echo suffers the most is definitely in speaker performance. While by no means the worst ever, the Echo’s speaker is not excellent for music playback. Google Home will (hopefully) be an improvement in that regard with it’s speaker design which they claim will be loud and great for music and everyday use.

Being “Made by Google” means that Google Home has access to the whole of the Google ecosystem. That means an excellent, feature-rich search that trounces Echo’s Alexa platform for knowledge-based inquiries, as well as compatibility with many devices and systems like Android, Chromecast, Chrome OS and more.