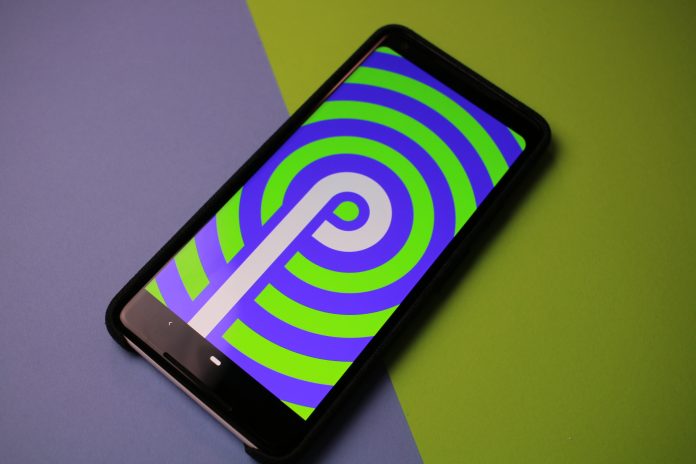 It’s August which means that we were greeted with a new version of Android. This has been Google’s MO for the last few years, and Pie is now available on your Pixel devices, along with the Essential Phone.

Android Pie made its debut after being unveiled at Google I/O 2018 and then came to handsets through Google’s beta program. Then, in a move that surprised most, Android 9 Pie was officially made available.

For the purpose of our review, we have been using Android Pie for the last month through the beta program and final release. This is also the reason why our review is a bit later than others, because we wanted to spend some time with Google’s final product.

At first glance, you probably won’t think that there is much packed into this latest release. But the real fun comes when you start diving deeper. Here is a list of some of the features coming with a “higher profile”:

These are just some of the new features, and while that’s all fine and dandy, you probably want to know about the important ones. So let’s get started with the most surprising one – Battery Life.

Android Pie has provided a pleasant surprise in the battery department. In my usage, I was seeing all-day battery life with around 15% left with at least 4 hours of screen on time (SOT).

In fact, there were a few nights where I forgot to plug in my Pixel 2 XL, only to find that the battery drained just a little bit. Most recently, I went to bed at 1 AM with around 50% remaining, and woke up with 42% battery remaining.

This is no doubt in part to the new Adaptive Battery features. Google explained that this new functionality was intended to learn which apps you use, when you use them, and when to shut them down.

It seems that Android Pie really takes things into overdrive, as my battery life has just been incredible. From time to time, I noticed that an app (like Twitter) was closed when it had been a few hours, but notifications continued to come through. 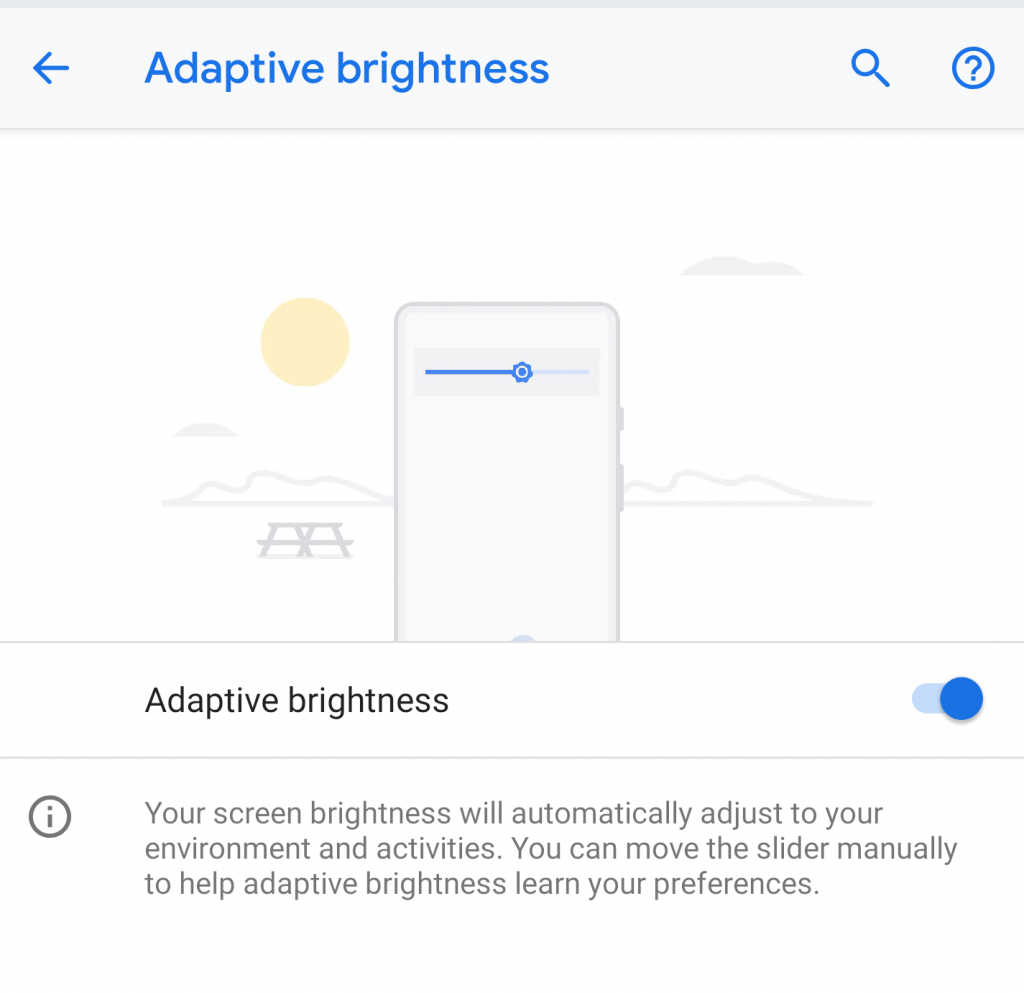 Adaptive Brightness is another feature that is undoubtedly helping with the battery life race. The only issue that I found came when I was looking at my phone at night. The dark light of my room seemed to cause confusion with my device, as the brightness would fluctuate randomly and annoyingly.

What is making these new battery tweaks exciting is Google’s initiative to integrate Artificial Intelligence into its software. This is nothing new, but it will be interesting to see how everything holds up over time and with newer devices launched with Pie.

How are the gestures?

The next biggest change that users will be able to see is the removal of the good ole’ navigation bar. Instead of having three buttons to tap at the bottom, you are now greeted with a “pill”, which acts as the navigation for your device.

As someone who switched from an iPhone X to the Pixel 2 XL with Android Pie, the learning curb was not all that bad. Here are how the gestures work:

In practice, this makes quite a bit of sense, other than the whole App Drawer debacle. You can do a slow drag to reveal the drawer, but having to swipe up twice to reach all of your apps is rather annoying.

To help combat the issue, I resorted to placing more apps on my home screens. My home screen has turned into folder-central and it is rather annoying for someone who doesn’t want a whole lot going on.

One extra feature that has been added is for those who make use of rotation lock. If you are using rotation lock but want to view one specific app in landscape mode, a new icon shows up in the navigation bar. This will allow users to view content how they want to, with just the tap of a button.

Something else that you may notice when you start poking around Android Pie is some slightly redesigned panels. Most notably, there has been a slight redesign to the notification tray, as the toggles are a bit brighter and more vibrant. 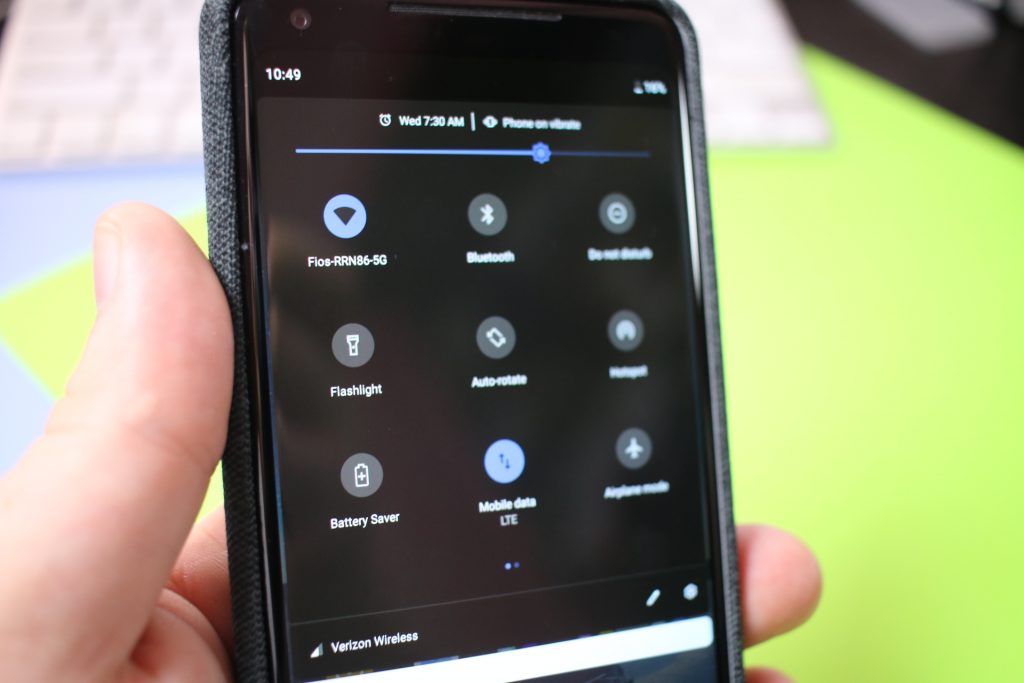 Additionally, since more devices are launching with notches, the clock has been moved from the right side to the left. This is to help make sure that you can see all the necessary notifications, while still seeing the time.

For some reason, Google has placed a limitation of three notches for Android OEM’s to be able to use with Android Pie. Hopefully, this doesn’t mean that Google knows something that we don’t and a phone is incoming with too many notches. 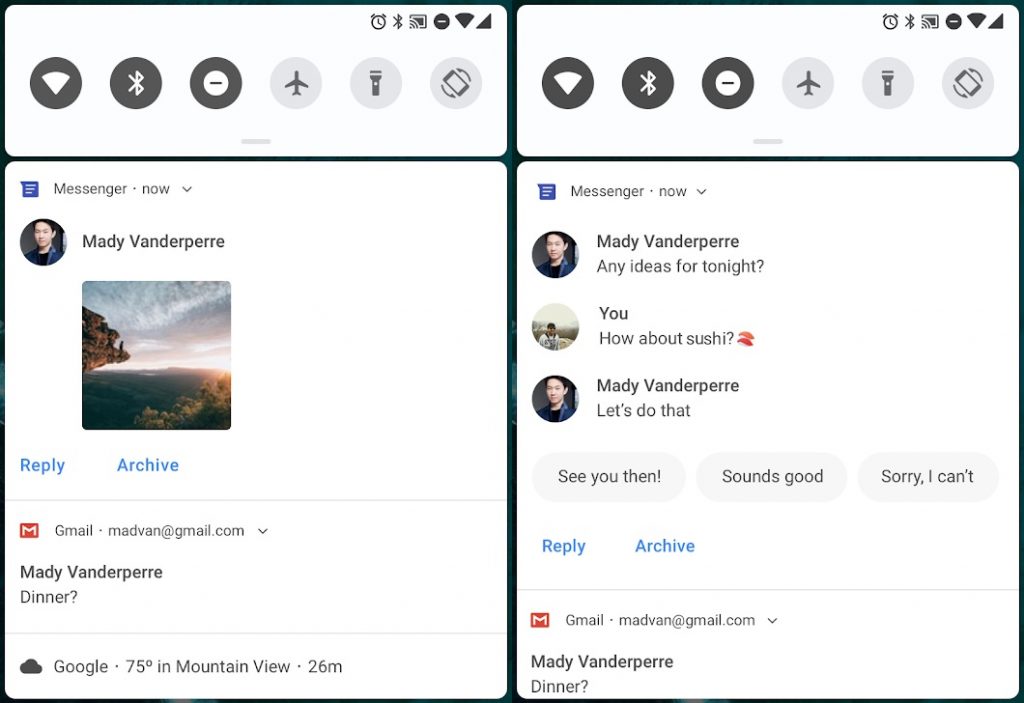 Notifications for messages have also been slightly revamped, as there are new quick reply features. You may remember an app called “Reply” which surfaced earlier this year that added smart replies to your favorite messaging apps.

This has been integrated into the system of Android 9 Pie, making it possible to quickly respond to your friends or family. The API has been also opened for developers, which hopefully means more apps will take advantage of this in the future.

The fight to improve your “Digital Wellbeing”

At Google I/O 2018, during the Android P introduction, a new feature/app was announced called Digital Wellbeing. Google stated that the purpose of this app was to help provide users with a way to see exactly how much you are using your phone.

Not only can you now see that you are spending way too much time on Twitter, but you can also limit yourself. This is done with the help of App Timer, which is a setting that you set up for your “problematic” or “time-wasting” applications.

As someone who has no penchant for restraint, app timers seems like something that could be really useful. However, I ended up being more annoyed that I couldn’t access the app I was trying to view on my smoke break.

It was also a bit alarming to see just how many times I unlocked my screen or how many notifications that I received. Suffice to say, Digital Wellbeing really has given me a different look at how I should be staying off my phone when I don’t need to be on it.

READ MORE: What is Digital Wellbeing and how to sign up for it

The odd thing here is that it’s not automatically built into Android Pie. Instead, you have to sign up for a beta program and then wait for it to auto-magically appear in your settings menu.

As a side note, Chris Lacy (of Action Launcher fame) developed an app that allows you to view Digital Wellbeing as an application. It creates a direct shortcut, so you won’t have to dive into your settings to see what is going on.

For owners of the Pixel, Pixel 2, and Essential Phone, you likely have already been enjoying the fruits of Android Pie. However, the real question remaining is when are other OEM’s going to jump on board.

As much as I would like to sit here and give you a rundown of what each manufacturer will be doing, I can’t. We have seen failed promises time and time again, and it just wouldn’t be fair for us to convey those failed promises to you, the readers.

So instead, I will say that it’s time to just sit back and play the waiting game.

Android 9 Pie is one of, if not the best, iterations ever released. My personal excitement drove me to pick up a Pixel 2 XL of my own, and put my iPhone X in a drawer.

In the time spent with Pie, I really fell back in love with Android and enjoyed all of the new features. I can safely say that once Pie arrives on more devices, it will be a joy to just about everyone to use.

Sure, gesture navigations may be annoying, but I feel that this is the way to full experience bezel-less devices. Google is making all of the right moves, and the Pixel 3 will be interesting to see how the latest version of Android works with the latest hardware

We want to hear from you. Sound off in the comments below and let us know what you think about Android Pie. Have you been using and enjoying it? Have you run into any issues? Let us know if you have any questions!