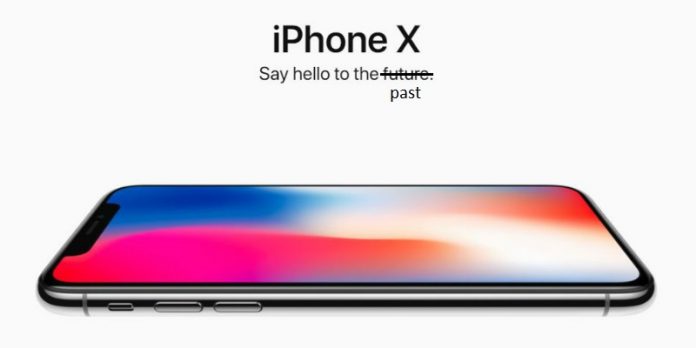 Yesterday, Apple’s yearly unveiling event garnered more fanfare than usual. It’s not often that we get two iPhone announcements in one. Apple’s 10th anniversary iPhone, the iPhone X, is finally real, and many will agree that it’s the feature-packed iPhone worthy of the occasion. Maybe it has wee bit too much advancement for Apple’s slow progression, because the company thinks that it’s okay to push its price-point to never before seen heights – a whole $1K.

Since the announcement, so many fans are agonizing over whether the new price ceiling is worth it, or if Apple has overdone it this time. Even though we’re speaking from an Android perspective, we will admit that the iPhone X is quite a sight. It’s easily the most exciting device to come from Apple in a long while. But is the $1K price tag justified? No way.

Even though Apple’s smartphone “of the future” is a huge step for the company, it really isn’t for the rest of the smartphone world. Let’s break it down:

Apple joins the “Bezel-less” trend of 2017, which is great, because the iPhone has long been a culprit of large bezels. Seeing an edge-to-edge display iPhone is quite surprising and a much-needed breath of fresh air. That said, the iPhone X is in actuality on the heels of its top-end Android counterparts. Specifically, Samsung and LG have debuted smartphones with barely any bezels months ago, and they aren’t charging an over-the-top premium for it.

Wireless charging capability must not be something considered to contribute to the X’s high cost. It is a feature that has been around for years and just something that Apple has ignored until now. Nothing is special about Apple switching the back cover from metal to glass in order to incorporate the technology; other smartphone manufacturers have already been through this. We must also mention that Samsung even has Fast Charge enabled wireless charging. The iPhone is merely catching up with fast charging on the wire.

Apple isn’t so much behind when it comes to camera offerings, but it isn’t the first to it. Especially when we break down the specs, where on the iPhone X we have a primary wide-angle sensor with f/1.8 aperture and a secondary telephoto sensor with f/2.4 aperture, both of which are optically stabilized.

This is impressive, but Apple still is hot on the heels of Samsung. The Note 8 not only has those very specs on its dual camera system, but its primary shooter is slightly better with a f/1.7 aperture. Yes, the Note 8 isn’t too far from that $1K ceiling, but it also has a stylus.

Give me a break, “Super” Retina display? Please, Apple. While the X’s screen resolution of 1125 x 2436 pixels is a great deal of picture saturation, the ‘Super’ still falls behind the QHD resolution that has been on Androids for some time now. The ppi on flagship Android phones are typically well above 500.

There was also a ton of buzz of Apple finally embracing OLED technology. Again, this is another area where Apple is playing catch-up. Samsung has been doing OLED screens since the first Galaxy S, and the company has had tons of time to perfect it. No one can touch Samsung’s Super-AMOLED quality and brightness, and Apple is most likely buying its OLED panels from Samsung.

Using your face to unlock your smartphone is also nothing new. Android has had the feature for a while now. However, we will give Apple props on trying to perfect it. The problem with face unlock on Android (which still is an issue today) is that it can be fooled with a photo of your face. Apple has created a more robust system that 3D scans your facial features. But we’re not yet convinced it will work as flawlessly as the company portrays, especially after seeing that on-stage demo fail at the keynote.

It doesn’t help that the iPhone X doesn’t have a fingerprint scanner, as Apple wasn’t able to incorporate it within the display and didn’t settle with putting it on the back. There is also no IRIS retinal scanning, so it’s either face unlock or bust.

The iPhone X is certainly an impressive and beautiful smartphone, we’re not denying that. Even as an Android user, I’m glad that iPhone users are finally getting features we’ve all been enjoying. But that’s just it, Apple shouldn’t be charging a premium to get specs that their customers should’ve had all along. In essence, Apple is taking advantage of its customers’ ignorance.

Do you agree? Let us know your thoughts in the comments!