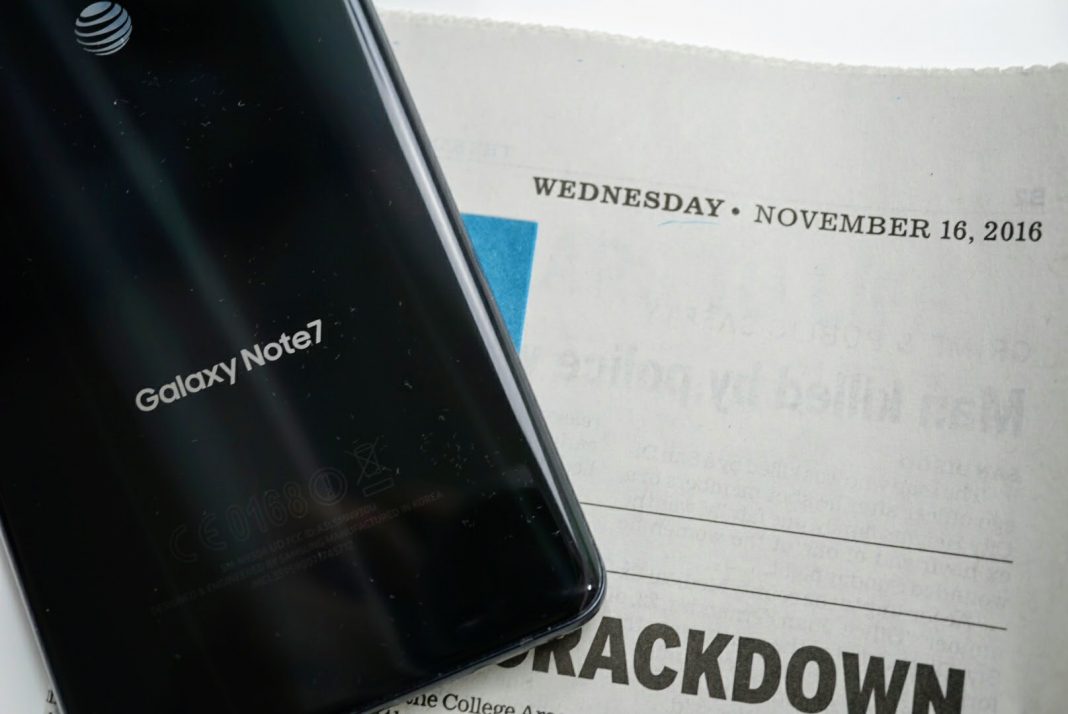 Yeah, you’re probably going to call me an idiot, or a whole lot worse for this article. Then my mother is going to call me and ask me if I really should continue to write as a hobby. She will then tell me I should focus on my day job as a Medicinal Chemist.

That’s okay. My mom loves me and that’s all I need in this world.

In my personal description, you’ll notice that I like to take a different approach to writing about tech. I have a belief that the tech media is very irresponsible these days, especially when it comes to unrealistic one or two week full phone reviews, and clickbait.

There are simply too many tech writers who are putting themselves before the reader. By that I mean they are trying to focus on your clicks rather than focusing on educating you. They want the clicks because it increases ad revenue and exposure to get sponsored advertisements. That’s how it has always worked though – create content and get someone to sponsor it.

It’s the reason why Soap Operas were created to entertain women during the day with dramatic stories, with breaks every so often to extol the virtues of cleaning soaps. It’s why Google gives you Gmail and Chrome for free. They are platforms to drop in ads. Or it’s why GQ magazine has ads on every other page. More views equals more revenue.

We are all guilty of it from time to time, but in the case of the Samsung Galaxy Note 7 it went way too far. While Samsung and Consumer Product Safety Commission did an official recall of the product, none of the stories were ever officially validated to the public. Samsung even went on to apologize – I believe it was doing its best to put out the media fire.

The media continues to publish stories based on “reports” from sources that have no causation to the explosion of the batteries. Almost all media outlets are related S7 explosions to the Note 7, even though the S7 was out for months before. I said it before, Samsung’s PR team really needs to earn its money on this one. It’s doing an awful job of managing the situation and until it publishes actual reasons for why the phones explode, the stories will never end.

As a scientist I let data speak for itself. I don’t let people tell me what they believe about a theory I am investigating, instead I do the work to get the results. If the data suggests one thing, and I don’t like it, tough. Learn and move on.

Everyone once thought the world was flat. They also thought the Sun revolved around the Earth. Anyone who said otherwise was considered insane and stupid.

That’s what I believe is going on with Samsung right now. Maybe some phones did actually have bad batteries. But I find it very hard to believe that thousands of engineers, and independant battery experts could miss this badly on the Note 7 and S7. And how bad is “bad”? Statistically, the verified incidents are 0. Unverified incidents maybe 100.

The ironic part about all of these stories, is once Samsung finally decided to end the Note 7 line, there hasn’t been another story of it exploding. Samsung claims to have pulled off over 80% of the Note 7 smartphones out the hands of customers, but that still leaves several hundred thousand out in the wild. Statistically there should be at least one that should have exploded since the official recall. Now it’s all about the S7 and S7 edge exploding. Are we going to hear stories about this until Samsung recalls those too?

The way the media treats the exploding battery is ridiculous; it’s almost like the world is going to end with every incident.

There are far worse product failures. The Takata airbag recall which affected millions of cars and even killed many people. The Ford Explorer tire problem that caused rollovers in vehicles which also killed. Or how about food poisoning events that happen with regularity that kill too.

Samsung needs to get control over the situation by taking control. It needs to put out scientific data as to the actual events that occurred. If it was truly at fault, then prove it. Don’t just apologize for the sake of apologizing. Bring the media in the factories and show them how the batteries are made so they can document the process and actually be educated on the topic.

If Samsung doesn’t take this route, the explosions stories will spread to all of its devices. That includes the S8, S8 edge and even the Note 8. Samsung makes more mobile devices than any other company in the world, so if it wants to fix this it needs to fight back with data. Let it speak for itself while educating the media at the same time.

I can’t fly with it. Every time I take it out and someone recognizes it, they look at me like I am a terrorist with a bomb. Look at the quote that Fortune put first in its s7 explosion article. 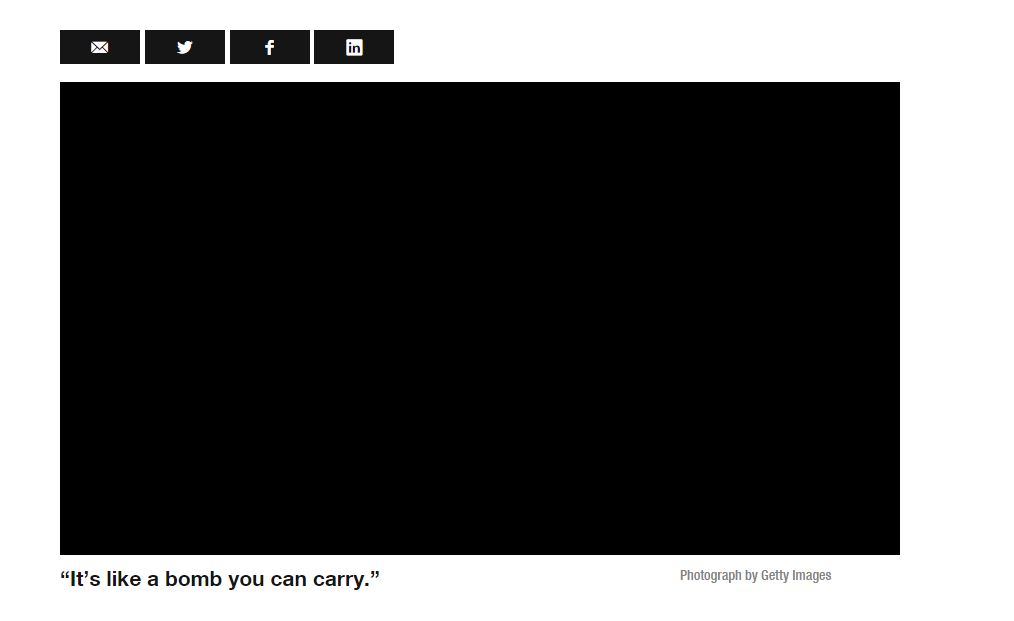 I use my Note 7 everyday as my business line for work. I take calls, send texts, take a whole lot of pictures with the awesome camera, download pictures from my Sony camera, and I even leave it connected to a charger throughout the night!

Call me ignorant, stupid, or whatever you want, but I am a firm believer the media was highly irresponsible on this topic. Samsung wasn’t the only one who was affected by the media gone wild too. Its employees are people and they have families with mouths to feed. The third party companies who make cases, screen protectors, and other accessories were left out of the story. They ate millions of dollars in product that can never be sold. It’s just going to be destroyed because journalists wanted your clicks.

When you read stories, do your homework. Sometimes they don’t add up.

For the record, I am not paid by Samsung to write this post. In fact I have never gotten one single thing from Samsung to review personally. AndroidGuys as a site though has gotten review units since the S2 and has been invited to press events.

I don’t mind though, because I earn money the good old fashioned way with an 8-5 job as a scientist and that’s what gives me the freedom to write with honesty. I haven’t sold out to anyone and I never will. The beauty of buying my own phones is that I don’t have to return them.

If you don’t believe me, and still think I am paid by Samsung, do some research. Look at my S7 edge review and you’ll see I was one of a few who actually didn’t rave about it. Or you can read about how I thought the S7 edge was overhyped.

For legality sake, I am in no way recommending you keep your Note 7. Follow the government’s advice and return it.

I kept mine for the sole purpose of testing it to see if it would ever explode. Mine hasn’t even gotten hot during charging. 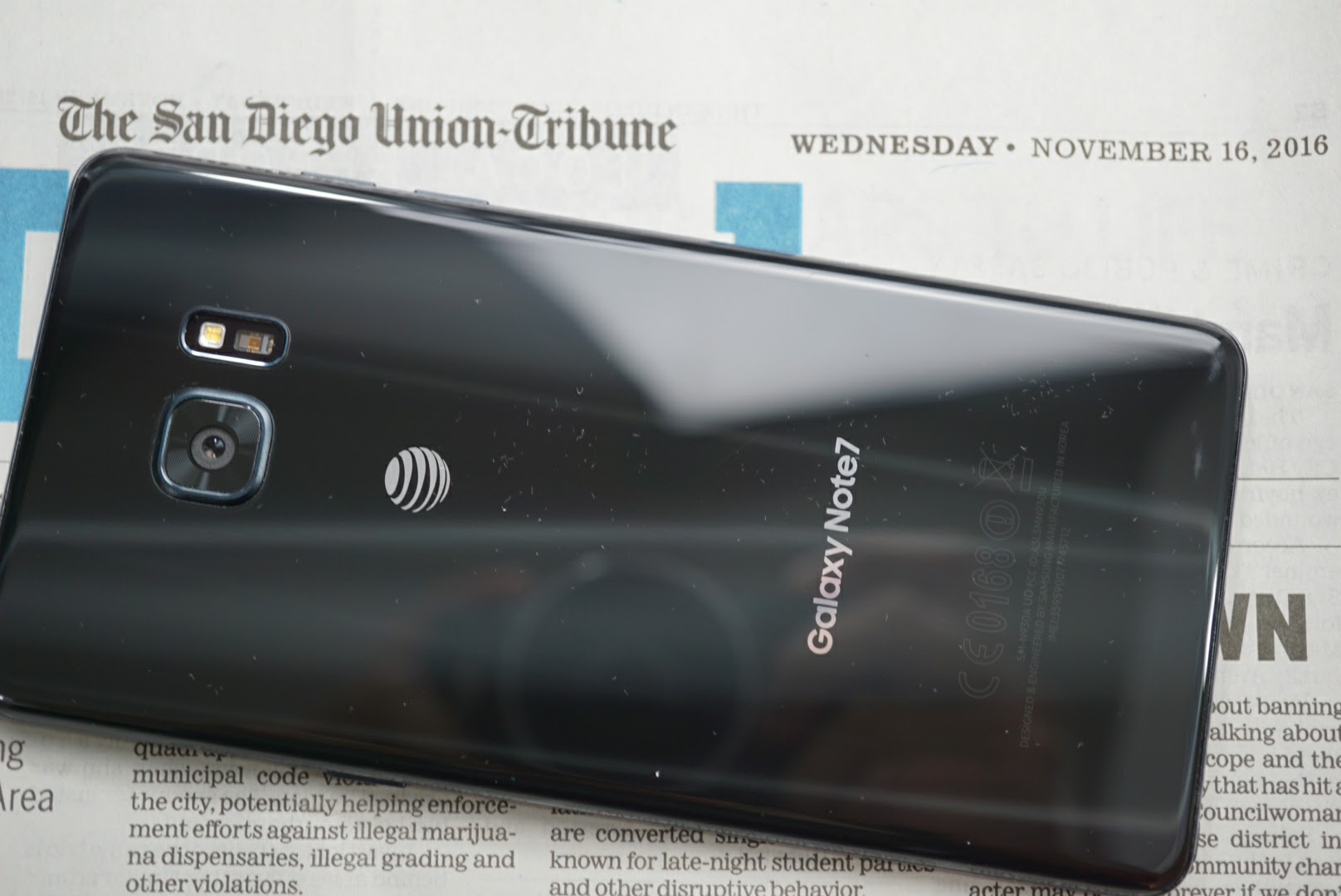