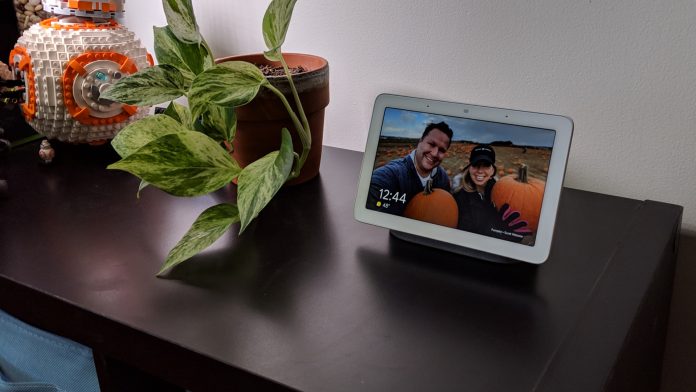 When Google smart displays first launched the UI design could have been described as pretty bland but useful. However, over the past couple of years, Google has updated the software bringing about more useful features and an improved design. At the same time it ruined the UI and functionality.

The most obvious example of this was the refreshed UI which rolled out back in May 2019. The update took the drab white on white design and revamped, using blurred photos as a background with a floating card interface. I think we can all agree this was a huge visual improvement.

I’m sure I’m not alone in my discontent with the lack of usefulness after the update. I have absolutely zero interest in browsing news stories on my smart display. I already have a laptop, phone, and tablet if I want to browse and read the news.

There is literally no reason to sit next to a smart display and browse today’s stories when there are so many other better ways available.

The main problem smart displays face is that if they truly want to be smart, they need to be personalized to each user and each location. The good news is that Google already knows how to handle the situation. The solution? Widgets.

Can you imagine if Google brought over widgets, letting users customize the layout and functions of their smart displays? You could have widgets for weather, your calendar, Spotify, YouTube, your Nest or Arlo security cameras, and much much more at a glance at any time.

Not only could you have widgets, but you would be able to have several screens of them giving you instant access to the things you care about most. Plus, you’d be able to customize each display for its room.

Perhaps in your office you care most about the weather, your calendar, and to-do list. However, in the kitchen, you might prefer a recipe widget, Spotify, and a timer at the forefront.

With the ability to create home screens with a grid of customizable widgets, smart displays would finally become the useful tool they were meant to be. Pair that with Google’s facial recognition and it would allow each user to have their own layout that could change dynamically when the user is recognized.

As it is right now, the “display” portion of smart displays goes largely underutilized, but with widgets it has the potential to be game-changing.

All we need is for Google to smarten up and realize the way to make a display “smart” is to give users the ability to customize them for their needs. And for that to happen, we need a flexible and robust system such as widgets.