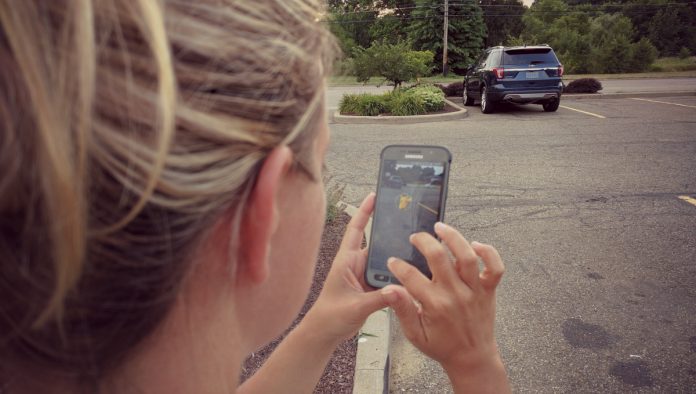 Be honest. If you haven’t played Pokemon Go yet, you are at least considering it. Seriously, just what is it about that game that has millions of people motivated to leave their houses? To say it’s an overnight success would be a lie. It took less time than that. Gamers, both young and old cannot get enough.

This isn’t the first time a game has taken off like gangbusters and it certainly won’t be the last. Other titles along the way which could earn spots in a mobile game hall of fame include Doodle Jump, Angry Birds, Candy Crush Saga, Flappy Bird, and Draw Something. All of them were, and still are, popular to varying degrees. But, while the media might be quick to suggest Pokemon Go will eclipse ’em all, we may not want to count those eggs before their hatched.

Using Draw Something as an example, we’ll examine how Pokemon Go could go from overnight hit to “that game we all played for a moment in 2016”. Once the game you could not avoid, it virtually disappeared from everyone’s phones in the few months after launch.

If the developers were smart, and we totally think they are, they’ve got plans in place to ensure we’re still catching virtual creatures far beyond this year. On the other hand, we feel it is our job to point out some of the pratfalls which must be avoided in order for that to happen.

What follows is a list of things that could potentially turn Pokemon Go into the next Draw Something.

Remember how much you loved Draw Something? It challenged you to come up with fun ways of sketching out words and items for your friend to guess. It had a semi-decent range of colors and brushes to use and was simple to get started. You could be up and running in no time, laughing at crudely drawn pictures. All great, right? Sure.

Fast forward a couple of weeks to where you had all of the color palettes and tools to draw. Remember dealing with the same words over and over… and over? Unfortunately, Draw Something’s developers weren’t too quick on pushing out an expanded vocabulary. Even if you didn’t have that issue, you likely got tired of doing the same thing over and over… and over. In other words, and for whatever reasons, millions of people grew bored and stopped playing. 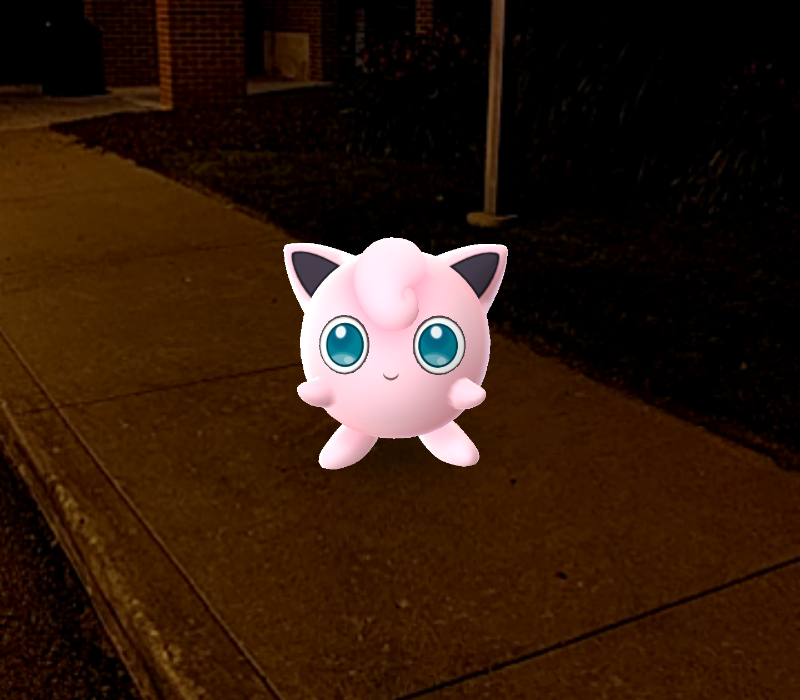 Pokemon Go is super easy to get going and it hooks players with an immediate find. Walk a few hundred feet and you’re greeted with another creature to catch. Before you know it you are off hunting and adding to your Pokedex.

The first few days are filled with players gobbling up all sorts of wonderful Pokemon, many of which are brand new. It doesn’t take long for you to realize, though, that there are Weedles and Rattatas everywhere. We mean everywhere. Indeed, it’s going to take a while to pick up all of the Pokemon, or at least that favorite of yours.

Let’s assume you spend an hour or so each day, walking about, catching various Pokemon. How long, realistically, before you’re tired of doing it? Are you transferring all those extras to the Professor so you can get candy? How long until you get bored with that, too? What do you do when you realize that the gym is nearly impossible to overtake because of the 12-year-old kids on summer vacation?

One of the first things we heard from players is how badly they want to be able to trade with others. Moreover, they’d like to be able to do one-off battles. What about the Gold and Silver, Black and White…? How long do we have to wait until those are released?

Raise your hand if you went out to play Pokemon Go and came home with a dead or nearly depleted battery. Are you in a hurry to do that over and over? 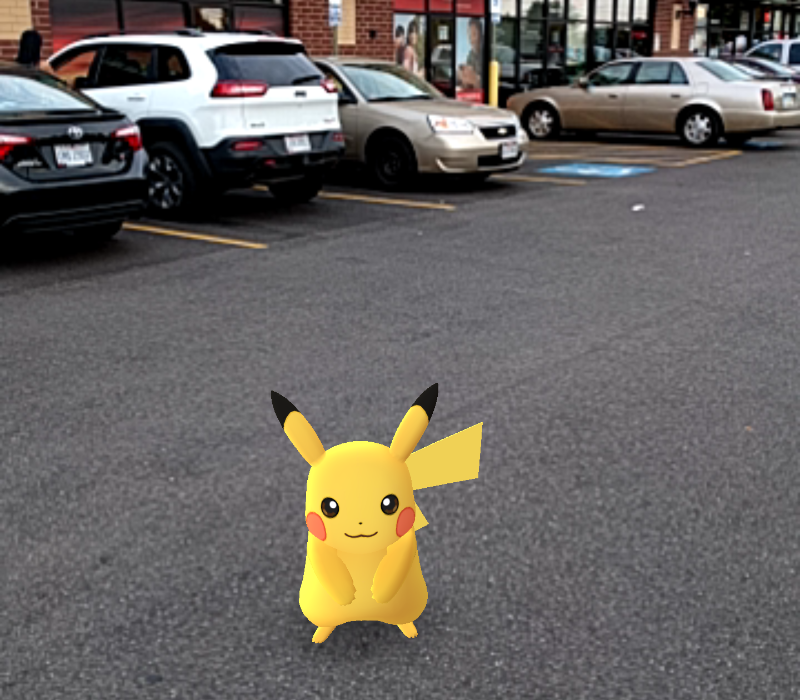 Unfortunately, many of today’s top phones have non-removable batteries, limiting us with what’s inside. Sure, the batteries are much higher capacity than before, but we’re still going to drain them at some point. Just take a portable charger, right? Tote one around night after night and tell us how fun that is.

What good is a game if you cannot get into it to play? If you’ve spent time with Pokemon Go in the first few days, you likely ran into some freezing and glitching. Heck, we bet you’ve even encountered instances where you can’t get into the game at all.

As much as some other countries might want to join the fun, we’re going to be greedy here. We don’t want it going anywhere else until everything is ironed out and smooth. This means no spinning white ball of inactivity, and no “please try again” stuff.

We can imagine that Niantic is working around the clock to add more bandwidth to its setup. It’s our hope that it can patch the holes quickly and in a way in which they don’t come back.

Just ask Ned Stark. Yes, we technically know it’s here as per the season six finale, but you get what we’re saying. It won’t be long until it’s simply too cold or gross out to venture beyond our homes. Are you seriously going to go catch Pokemon when it’s literally freezing or snowing?

In all seriousness, we do wonder what we’re supposed to do in the “off season”. Assuming the game doesn’t evolve (see what we did there?) much, we don’t see ourselves playing much in the winter. Is the game that compelling that we’ll get it back out for spring?

Something Better Comes Along

As hard as it may be to imagine, there’s a chance that something else arrives on mobile devices that demands your attention. Maybe not to the same degree across the board, but perhaps just enough to pull you and a few others away. Then another app arrives and it speaks to a different group of players. There may not be one runaway title that steals the proverbial crown from Pokemon Go, but there could be a handful of games that do it over time. 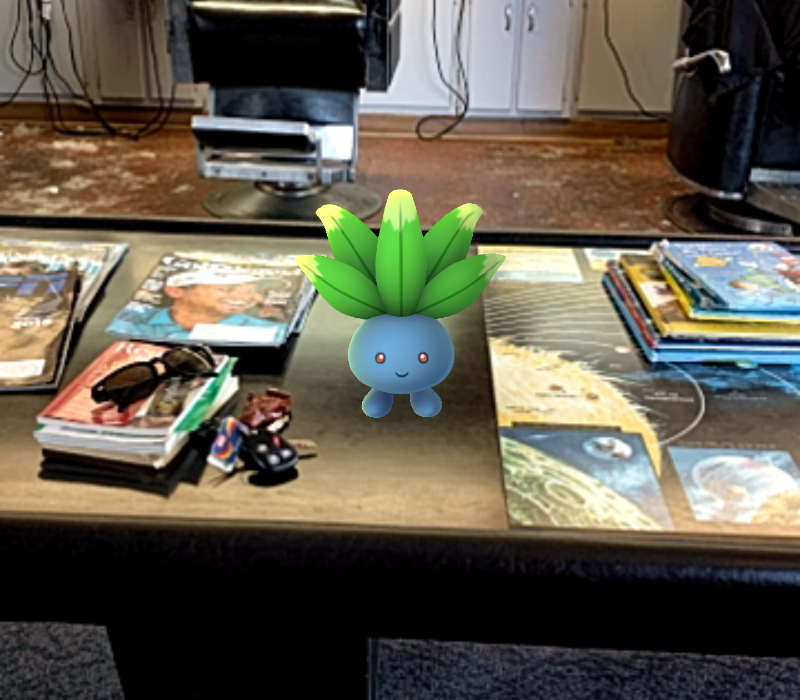 Forget Everything You Just Read

Looking through the points above it might sound as if we’re here to spread doom and gloom. Hardly. It’s the opposite, really. We love the game far more than expected and hope it sticks around for the long haul.

We’re very optimistic in what is already available to us and know there’s a whole world of opportunity. Casual smartphone gamers may not have heard of Niantic’s last game, Ingress, but it has tens of millions of users around the globe. The principles are largely the same but it’s not branded in the cute way you’re currently enjoying with Pokemon Go.

We’ve seen, first-hand, hundreds of people gather at once to go out and play Ingress. Pokemon Go should be the same, if not raised exponentially. We never saw any group parties in our town for Ingress, but we’re already seeing 10-20 people at once at random monuments and markers.

Unlike Draw Something, Pokemon Go has us outside, moving around, and striking up conversations. Yes, people are looking up from their phones and engaging with each other again. It’s almost as if humanity is being restored right in front of our eyes. Ask a few of your friends what they like most about the game and they’ll likely tell you it’s the real-world aspect. There’s something very compelling about this and we love what it’s doing to us.

We’ve already seen updates to the Android app and expect to see more improvements in stability as the users continue to skyrocket. There’s a whole new market catching the Pokemon Go fever now that the UK and Germany are getting launches. Something tells us Niantic would not have done this if they weren’t prepared to support it.

Looking ahead, we’re seeing reports that future releases of the game could involve real-world brands such as McDonald’s. Additionally, we should look forward to sponsored locations and other in-game power ups and virtual items. In other words, the future looks bright. Let’s just hope it gets here soon.

With more than 700 official Pokemon characters and counting, we hope we’re still interested in catching ’em all if and when they arrive. Now, if you’ll excuse us, we have a good 75 or so we’re already trying to find. Anyone know where we can locate a Slowpoke?