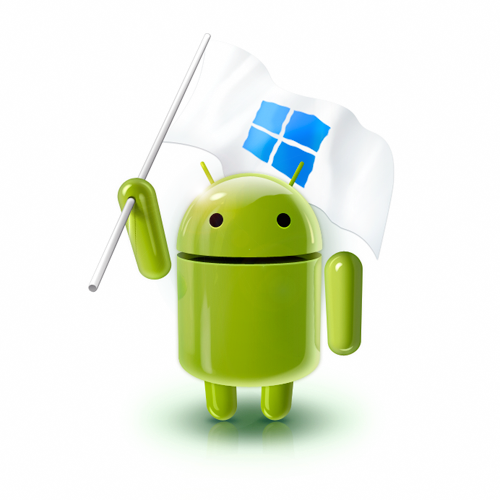 Microsoft is primarily known for its Windows operating systems on desktops, laptops and handhelds. However, with the saturation of the Google Android operating system, Microsoft has realized the potential for additional sales across competing devices. The applications that are currently offered by Microsoft within the Google Play store are plentiful, but not all of them are worth your time. Let’s take a look at a few that are great additions on your Google Android device.

Microsoft primarily focuses on productivity software, and that doesn’t change when it comes to offerings on competitive marketplaces. One of the great suites that any company has ever offered is Microsoft Office and surprisingly it not only works great on Android, but it’s also 100% free. Since 2014, Microsoft has offered its complete mobile Office suite free for Android (and iOS) users. This is in stark contrast to the price it normally charges users for using the Desktop version of the same suite.

Microsoft’s strategy for the Office application on Android is designed to keep users hooked on its Office applications for increased familiarity with the product across multiple platforms. It makes sense given that its competitors now offer free solutions on both PC and mobile platforms, but when it comes down to it, people know Office first.

Included in the mobile version are fully functional versions of Word, Excel and PowerPoint. Also, Microsoft offers cloud integration for documents that are stored on Microsoft’s own OneDrive. The applications are optimized to work on a phone or a tablet but offer full editing modes, customizable presentations and full integration for email attachments. It’s not perfect, but it really is a great way to view and edit documents.

Speaking of the cloud and email–Microsoft has a dedicated app for its OneDrive cloud storage solution. OneDrive gives users 5GB of free storage as long as they have a Microsoft account. It can be upgraded for a fee, or is automatically upgraded to 1TB if you are a subscriber to the Microsoft Office365 service. Overall, using OneDrive on your Android is quick and easy and recommended for users that are already invested in the Office ecosystem.

Microsoft Remote Desktop is a nice little application for accessing your desktop computer from another room or while you are away from home. While there are other ways to gaining access to files or applications when you are not at home on your PC, Remote Desktop is the best way of getting direct access to your computer, its files, and its applications. The setup is fairly straight-forward and simple but will take some configuring before being fully functional and this is for your own safety. For more information and to download and try Remote Desktop on your Android device, visit the download page here.

Microsoft offers one of the best language translating applications with Translator. Translator can quickly translate text or speech from over 50 languages. It has the ability to handle “real world” conversations through your phone or smart-watch. Translator is free to download on Android as well as other operating systems and actually reviews higher than Google’s own Translate. If you are unsure of the correct pronunciation of a phrase or sentence in another language, Translator can pronounce the translation for you. It’s highly rated and recommended for people that travel around the world.

Microsoft has a launcher available for Android called Arrow Launcher. If you are unsure of what a launcher is, just know that it’s essentially an application that runs in the background that controls how your phone looks and operates from your main home screen. There are many great launchers available for Android and customizing your launcher is one of the greatest features of Android. You can optimize the way your phone looks, feels and behaves with a launcher and Microsoft actually has one of the best reviewed launchers on the Play Store. Key features of the Arrow Launcher include a recent activity solution, quick access to ‘People’ (your most frequented contacts), reminders with Wunderlist integration, updated Bing wallpapers, and full integration of your Office documents.

Skype has been the go-to solution for web video calls and chats. It was around long before FaceTime became prevalent on iOS and has been available on PC for many years. Skype for Android has the same basic features you’d find anywhere else, but allows for “25 people in a group call” or up to “300 people in a group chat”, which is impressive to say the least. Skype hasn’t always been a Microsoft product but more and more people are beginning to associate Skype as a Microsoft offering. With 74 million users there’s a good possibility you know someone on Skype.

Many of Microsoft’s offerings within the Google Play Store are in direct competition with applications from other companies. With that said, Microsoft actually has some of the best solutions for users that want smart applications for productivity. It only makes sense that Microsoft will continue to expand upon its offerings going forward.

Looking closely, Microsoft has really taken care and consideration in its mobile offerings. When Windows mobile was new and had a larger footprint on the market we never would have imagined a day where Microsoft offered applications on differing operating systems. Nowadays with the proliferation of Android in smartphones, tablets and set top units, it only makes sense for Microsoft to offer applications to keep users familiar with its software as well as generate revenue from user search-data. Going forward it seems evident that Microsoft will continue to invest strategically in Android applications to cement a place in users’ pockets around the world.