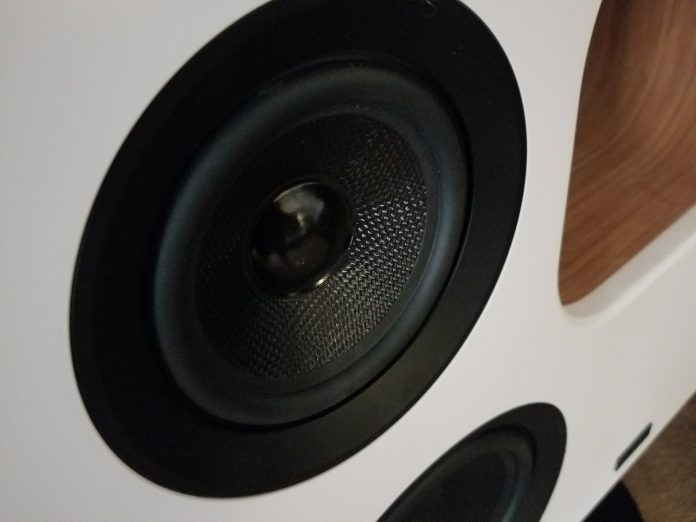 As you might suspect, I love tech. Writing for a site based on technology affords me the opportunity to play with a bunch of cool accessories, phones, and toys that I otherwise wouldn’t even know existed. Here are some of the coolest tech gadgets that I’ve gotten to play around with in the first half of the year While this list isn’t exhaustive, these are definitely near the top of my list.

These are by far my favorite earbuds of all time, wired or not. V-MODA is well known in the audio industry for making innovative and super high-quality headphones and they absolutely knocked it out of the park with the Forza Metallo Wireless.

The neckband style headphones come with four tips and three different style of fins to keep the earbuds in your ears. While in your ears, you won’t hear much else. Whether you think that’s a good thing or not is up to you. But, I can’t say enough about the sound quality. The punchy bass and clean mids and highs are really a pleasure to listen to and make music from all genres sound fantastic in my testing. 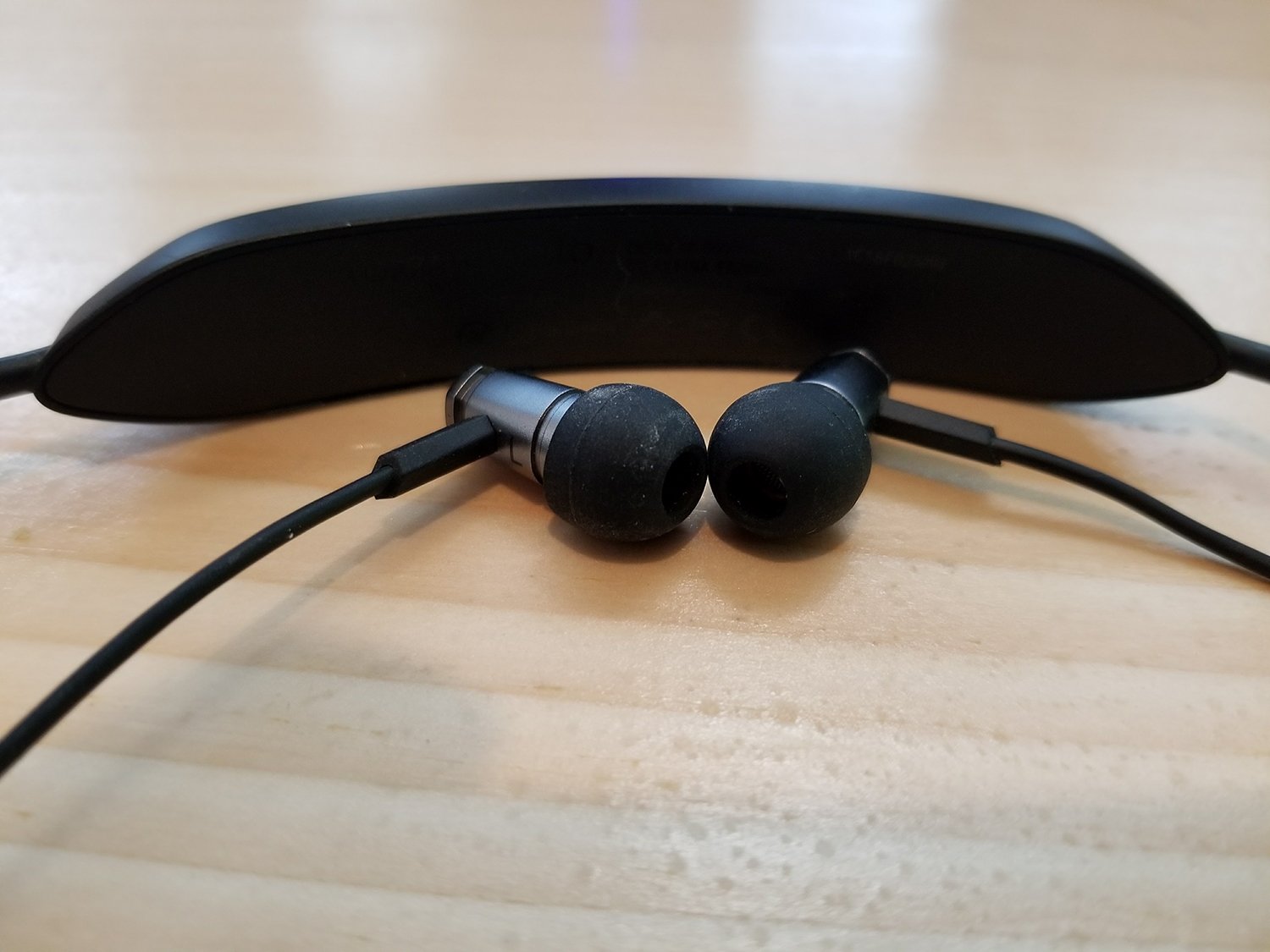 One of the cooler features of the Forza Metallo Wireless centers around the vibration motor in the neckband. When a call comes in, the neckband vibrates just enough to let you know something is going on. Sure, you’re probably going to hear your phone ring through the earbuds when they’re in, but if you’re anything like me, you leave the earbuds dangling even when you aren’t using them so I love this feature. 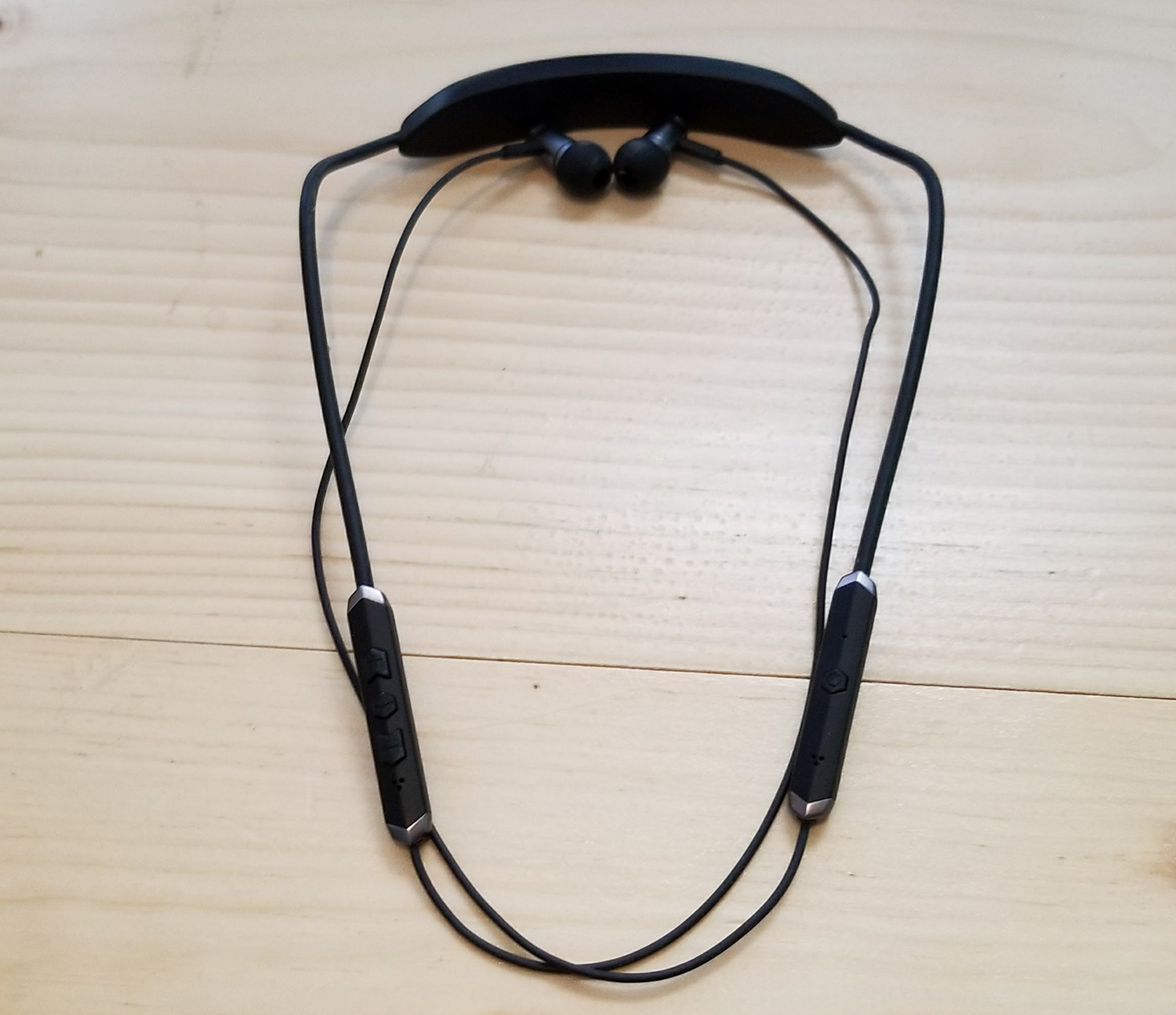 The cords for the earbuds could be a bit shorter and the neckband could have a bit more weight to keep it from sliding down your neck toward your back, but I did love the ten hours of battery life and the included carrying case. You can also have V-MODA 3D print you some decorative earcaps if you’re into that sort of thing.

You can pick the V-MODA Forza Metallo Wireless for about $170 on Amazon, B&H Photo, and V-MODA’s site. 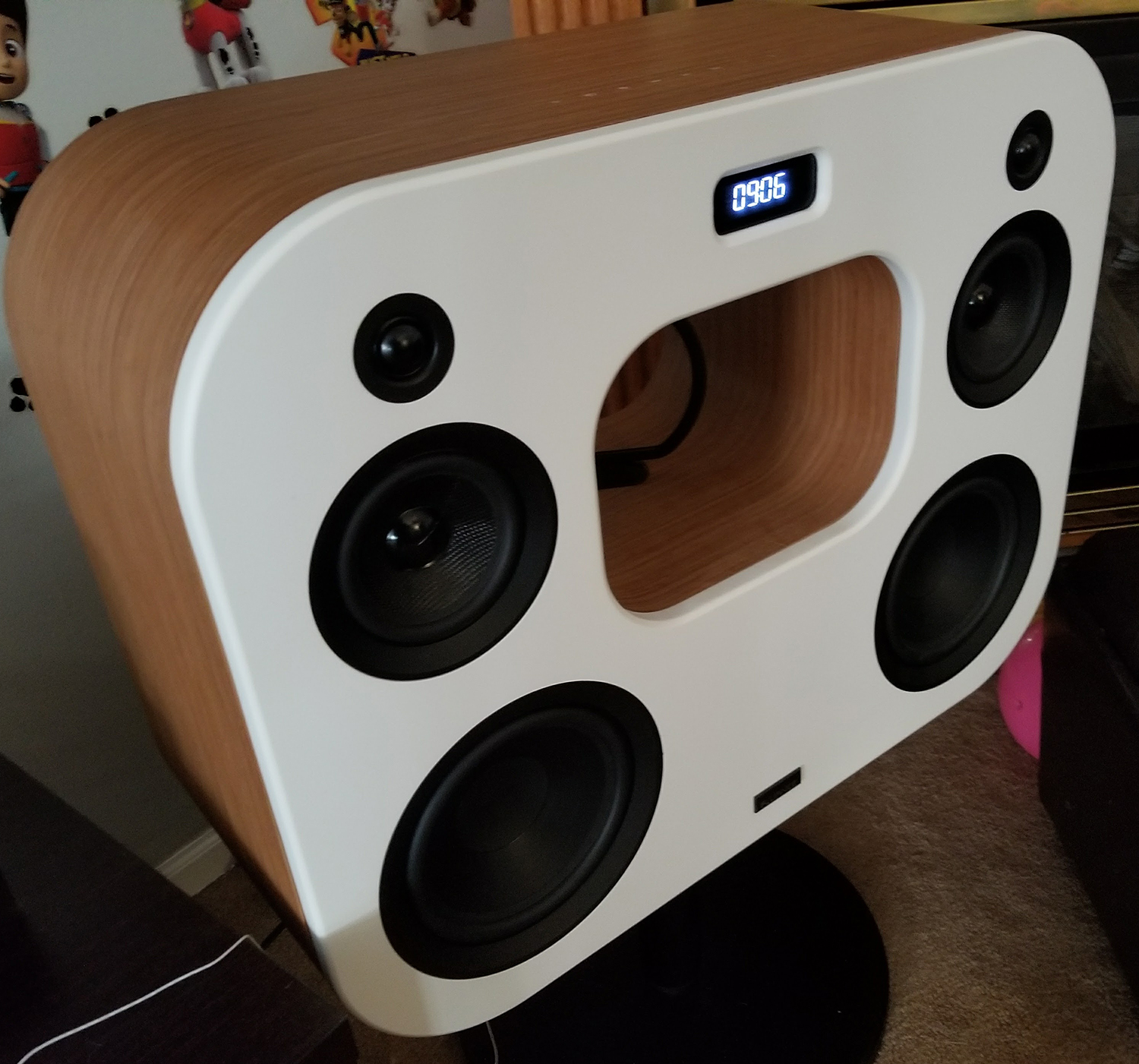 This one isn’t for the faint of heart. The Fluance Fi70 is the biggest Bluetooth speaker I’ve ever seen in person. And Fluance used all that space to put in a ton of cool shit that makes music sound absolutely fantastic. This thing is seriously huge and you need to make sure you have room for it before you buy it. It measures 3-feet across and almost a foot deep. Fluance recognized this probably isn’t sitting on an entertainment center or table and included a stand that you screw into the bottom of the speaker so it can be free-standing. Smart.

The Fi70 has two eight-inch subwoofers that deliver the most bass I’ve ever heard from a speaker like this. During an early 2000’s rap nostalgia trip, Dr. Dre, Eminem, and Notorious B.I.G. literally had my windows shaking it was so loud and the bass was so deep. When Fluance says you’ll feel the bass, they are not joking. 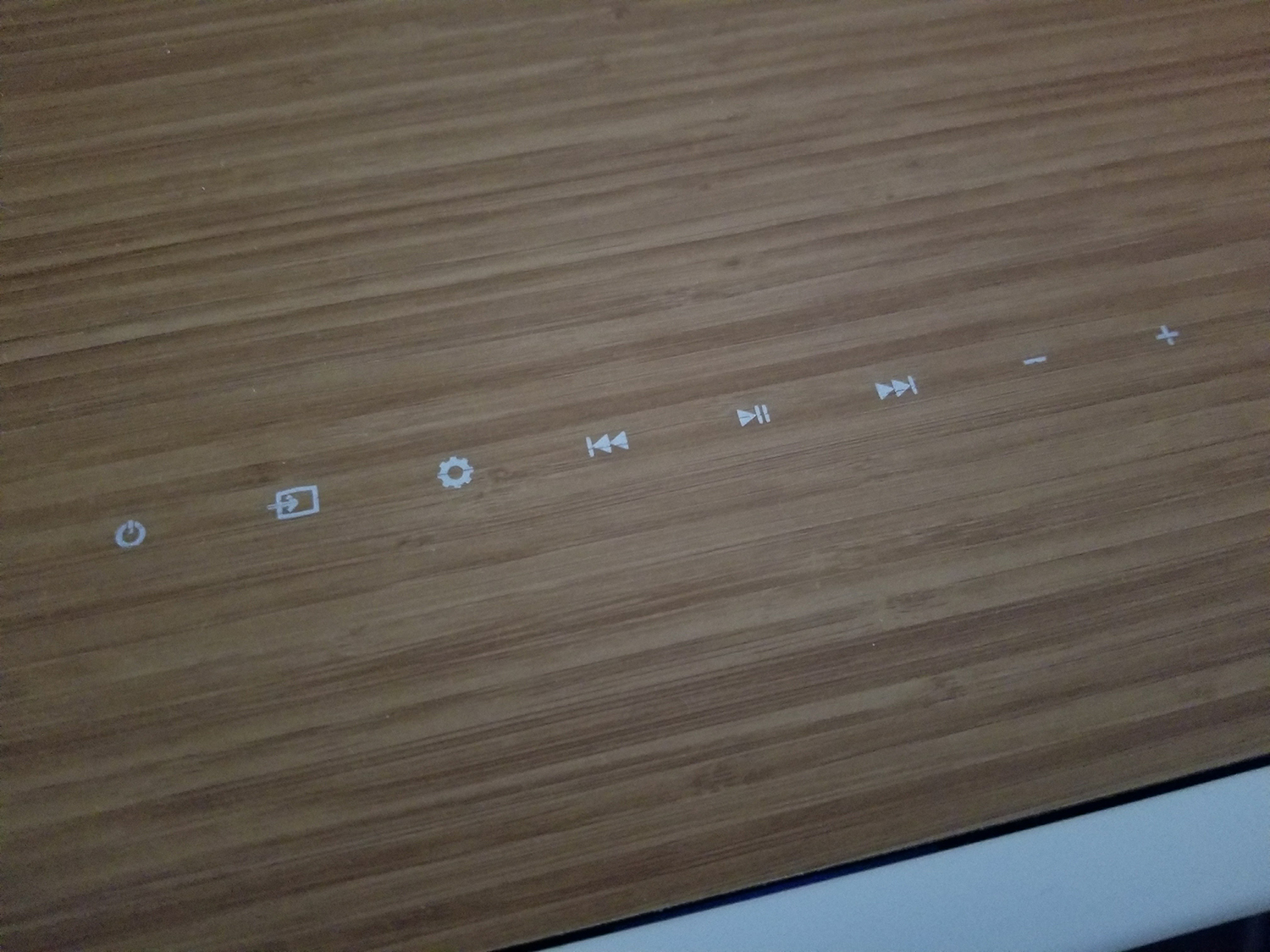 Not only does the speaker sound great, but it looks great too. My unit has a white face with a bamboo finish on the sides. Fluance also includes a black faceplate in case you want to cover up the front of the speaker. I could sit here and rattle off information about frequencies, responses, amplifiers, and tweeters, but let me just restate this: music sounds absolutely fantastic and for my money, this is the best speaker on the market.

You can grab the Fluance Fi70 for about $500 on Amazon and Fluance’s website. 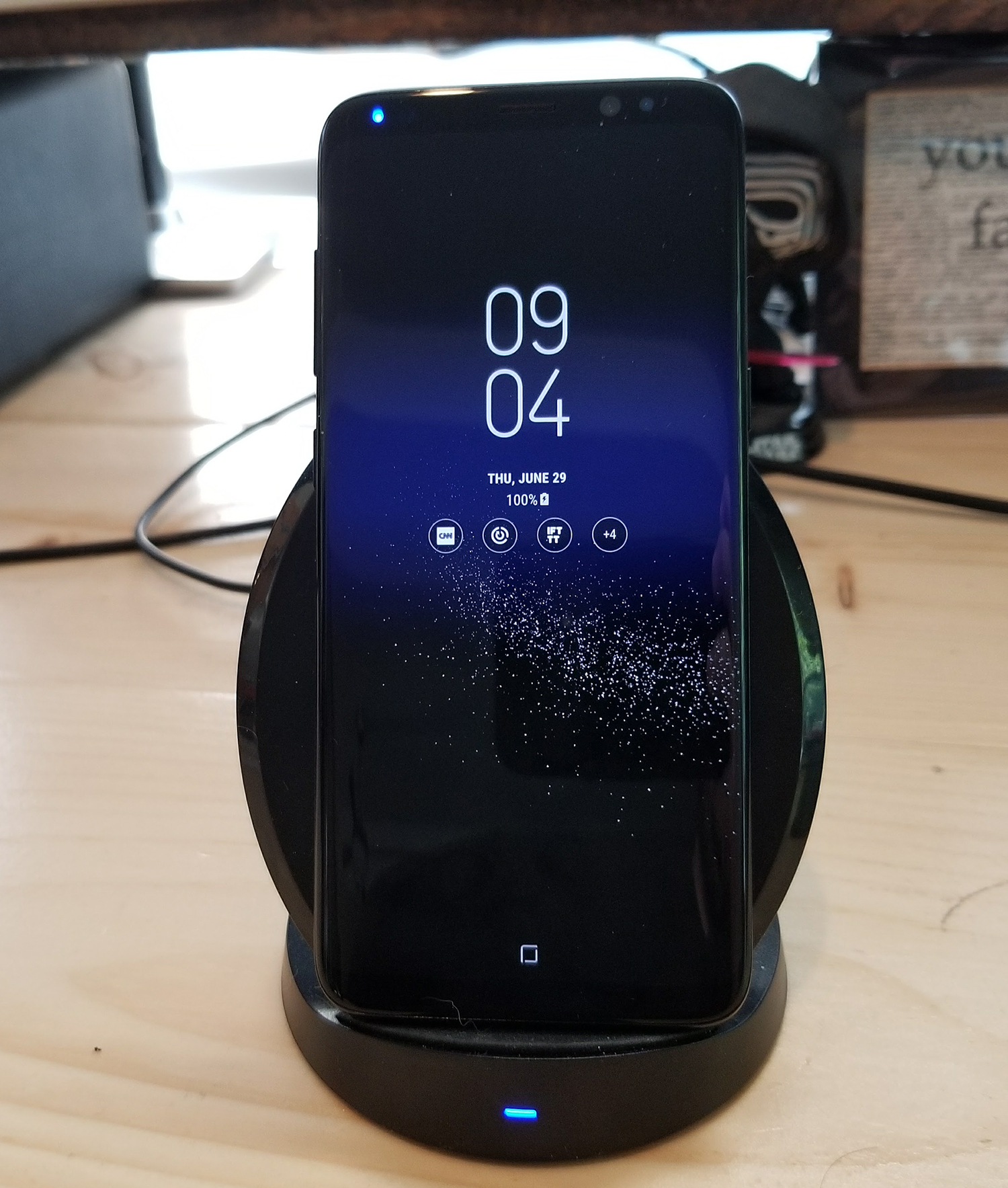 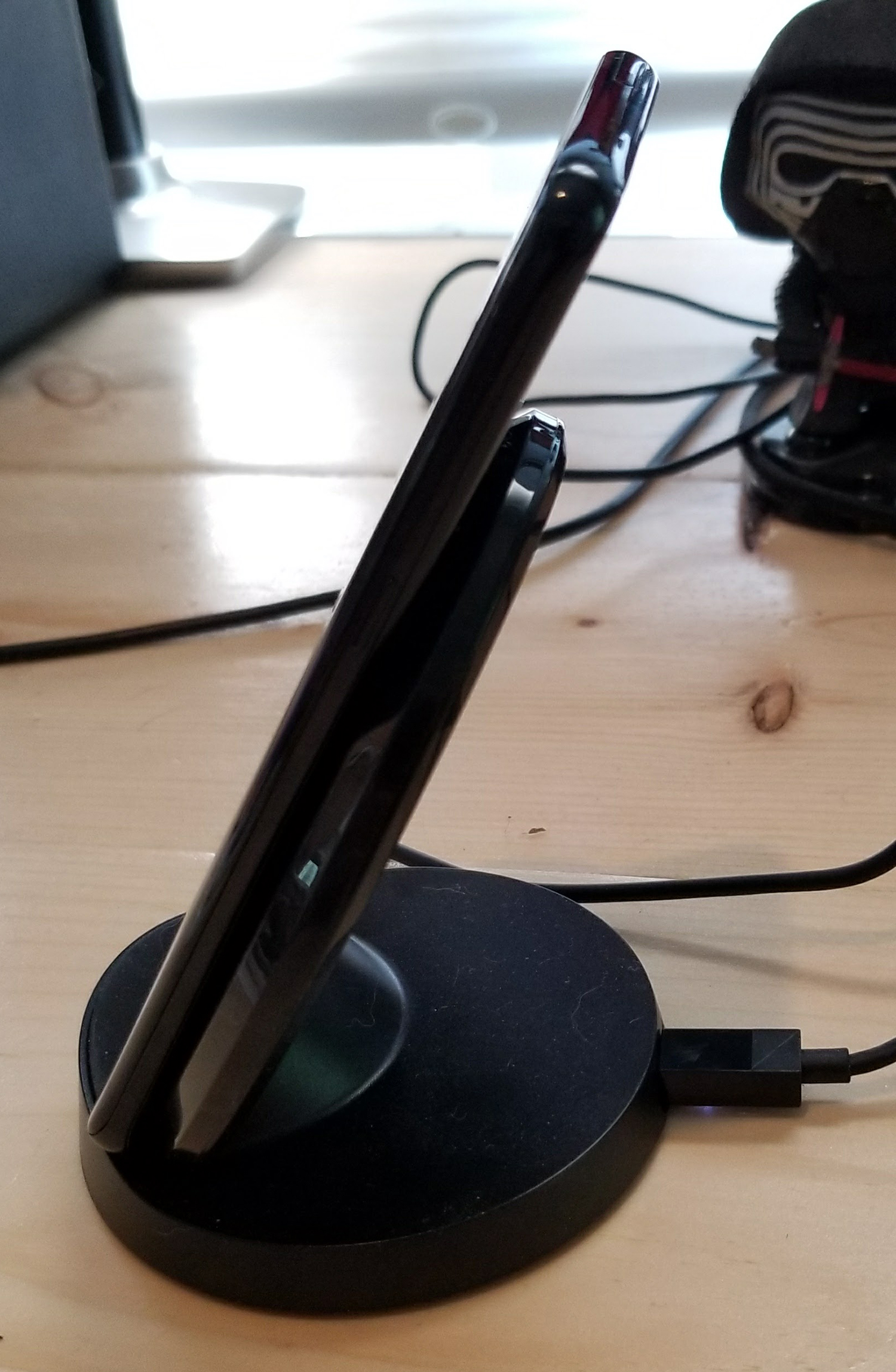 Nekteck sent over its fast wireless charger for us to take a look at and I’m in love with it. The charger has a shelf so the phone sits upright on my desk allowing me to see incoming alerts on my phone in real time. This is a massive plus in my opinion. Also, as the name would indicate, this thing charges damn fast. I went from 50% to 100% in about a half hour of it sitting on the charger. That’s crazy fast for wireless charging. 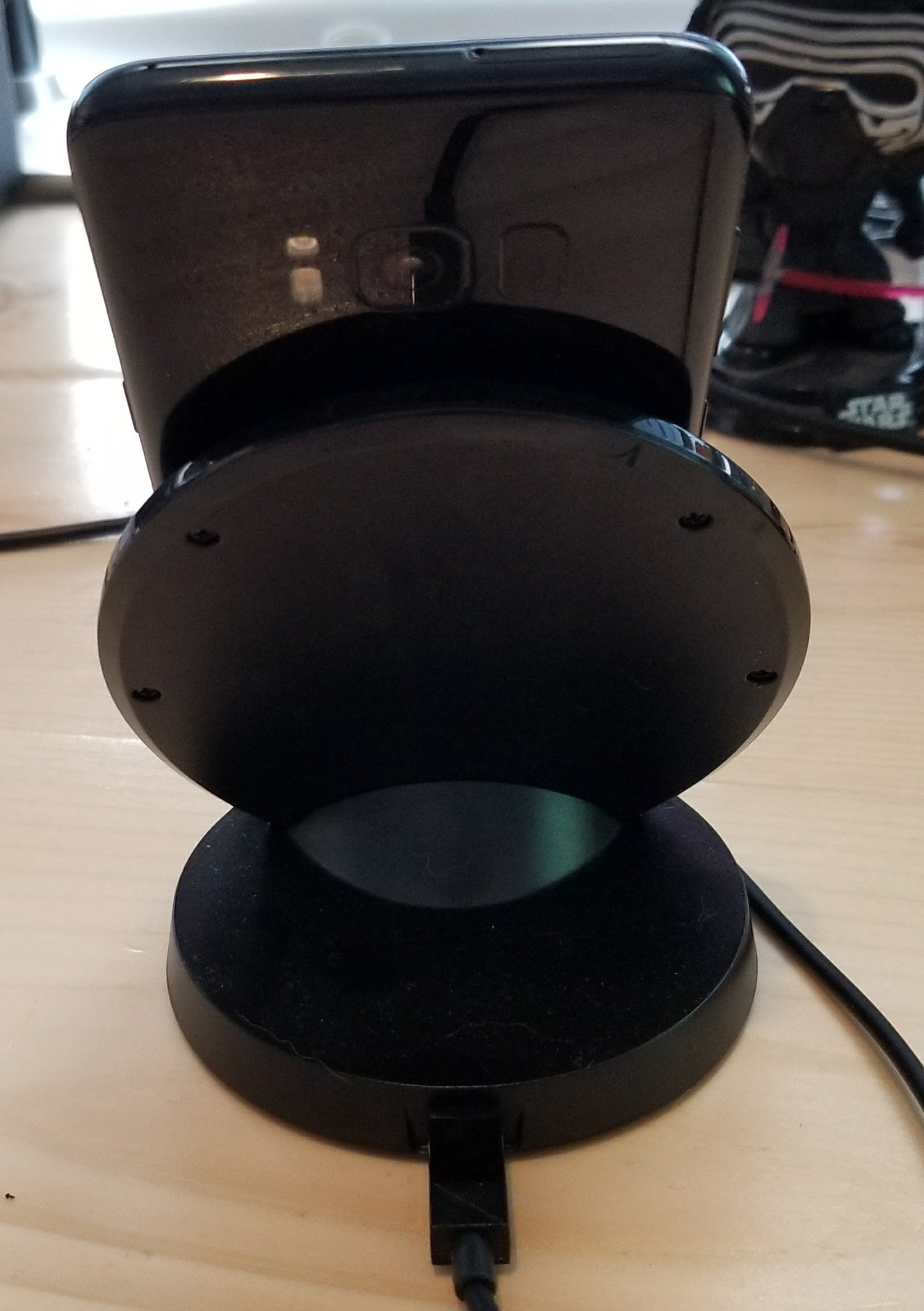 The build quality is good and the price is too (about $25), but I do wish Nekteck offered a bundle with its Quick Charge 2.0 wall adapter since once isn’t included in the box. Yep, you’ll have to supply your own QuickCharge wall adapter, but the one that came in the box with your phone will work if you don’t want to buy a new one.

You can grab the Neckteck Fast Wireless Charger for $25 on Amazon. 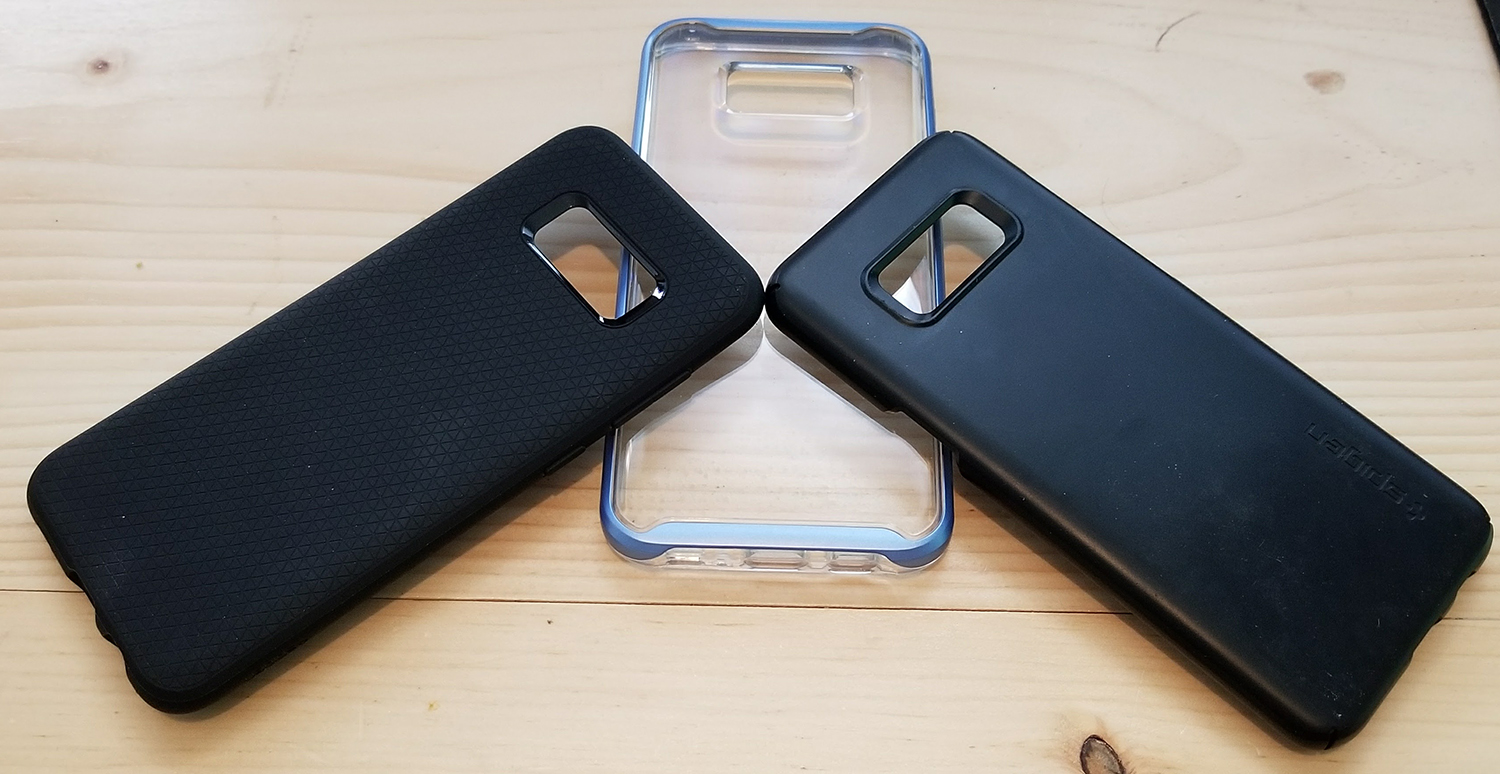 I love an amazingly designed phone and I hate covering one up. I bought the Samsung Galaxy S8 Plus in large part because of the gorgeous design and beautiful display, but every time I walk out of the house without a case on I have a nagging (or screaming) voice in the back of my head that my $850 glass phone is completely unprotected and one stumble away from disaster. Contrary to popular belief, I can’t just ring up Samsung and ask for another one. I paid for this with my own money.

So, when Spigen asked if we wanted to check out its Galaxy S8 and S8 Plus case lineup, I jumped at the chance. Three have really stuck out to me so far, the Neo Hybrid Crystal, Liquid Air Armor, and Thin Fit cases.

The Neo Hybrid Crystal is easily my favorite of the bunch. I’ve always been drawn to the Neo Hybrid lineup for the nice balance it strikes between bulk and protection. It always seems to feel like my phone, just a little bit bigger. I love the Neo Hybrid Crystal because not only can I see my phone too, but there’s a nice accent color to go along with it. The Blue on Black color combination looks really cool in my opinion.

Behind the Neo Hybrid Crystal, the Liquid Air Armor is probably my most used case. It feels a little bit slimmer than the Neo Hybrid and is solid black with a nice triangle design to give it some visual flair. The matte black is a little less conspicuous than the clear and blue Neo Hybrid Crystal case so I tend to use it more when I’m going to a meeting. It still builds in that great drop protection due to the use of TPU and feels pretty soft and comfortable to hold.

When I have to force myself to use a case, I go with the slim fit. It measures in at about a millimeter so it still feels like my phone when I hold it in my hand. The Matte Blue color looks electric and beautiful and resists fingerprints better than I expected. While you’re not going to get much protection from drops, you will get them from scratches and scrapes which is a bigger deal than you might think when you have a glass phone.

You can pick up all three cases on Amazon and all come in versions for the S8 as well. The Neo Hybrid Crystal will run you $18, the Liquid Air Amor is $10, and the Slim Fit is $12.

So, there you have it. Those are some of my favorite gadgets so far this year. This is far from an exhaustive list, but these are some of the products I use most or are most impressed with. I’ll definitely be back near the end of the year with a new edition If you’ve picked any of these gadgets up or currently own any of them, let me know down in the comments what you think of them. Also, let us know what your favorite new tech of the year is. We want to hear from you!

Editor’s note: Some of this gear was released before 2017, but I included tech I gained access to in 2017, not just tech that was released in 2017.