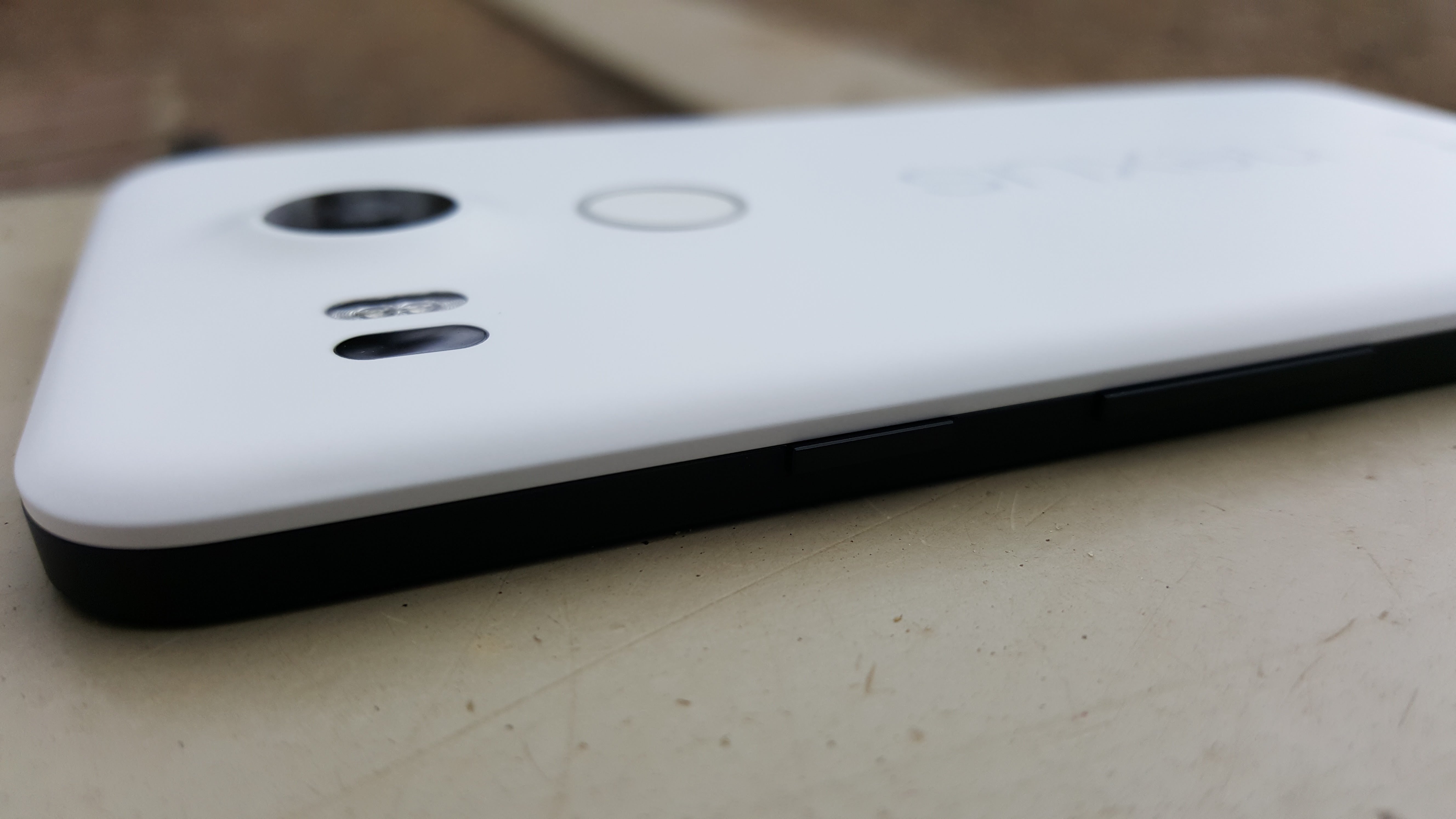 I know it is too soon to say the Nexus 5X is the real flagship killer that the OnePlus 2 claims to be, but after two days of usage, the Nexus 5X is the real deal. Starting at $379.99 for the LG built Nexus 5x, the phone comes loaded with a Snapdragon 808, 2GB RAM, 16GB memory(not expandable), 5.2 inch LCD 1080P display, and most importantly the same 12.3MP rear camera, Android 6.0 and the game-changing fingerprint reader that the Nexus 6P is loaded with.

I would estimate that 75-90% of Android users out there, like my fantastic mother, don’t need octa-core processors and 4GB of RAM. The majority of users need a stable phone with security features to match, a great display, an even better camera, easy-to-use software and definitely long-lasting battery life. What all of us need more than anything is an affordable device. For far too long, smartphone prices have been out of control and Google is always doing its part to give high value for your dollar and that principle shows clear in the Nexus 5X.

For this initial impressions post, I didn’t get to focus on the Nexus 5X as much as I would have liked, because I was focused on the Nexus 6P instead. However I did try to test it out thoroughly to best inform you of what you should expect. 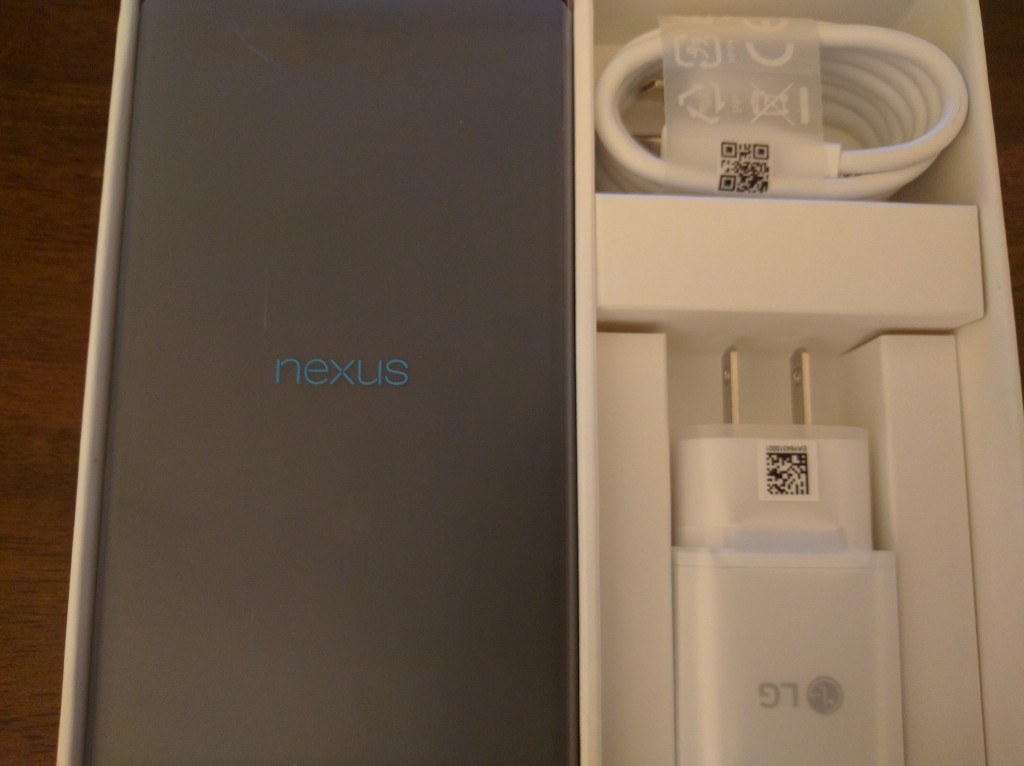 The Nexus 5X, built by LG, is no slouch when it comes to build-quality. No it doesn’t come with an all metal build or a Super AMOLED display, but that doesn’t mean this device is not premium in its own right. The Nexus 6P, P for “Premium”, would make you believe the 5X is something less, which it is not. I wish Google would have named the Nexus 6P the 6M for metal, because metal is really the main difference besides the base memory and size beyond the spec sheet. 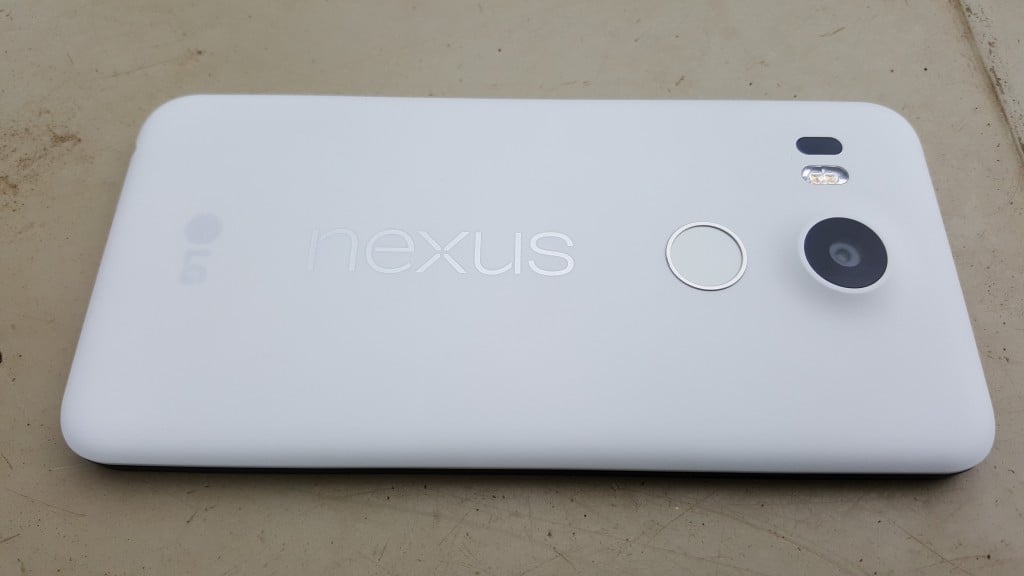 The Nexus 5X comes in a plastic housing that doesn’t feel cheap. It comes in three colors – Carbon(black), Quartz(white) and Ice(minty green shade). All of the colors are very appealing with Ice being the most different color I have seen on a mainstream phone in a long time. It was actually refreshing to see something other than black, silver, gold or white and I hope it is a trend other manufacturers pick up on. Google sent me the Quartz color, which is matte white, and after two days of use I do not see this phone attracting smudges. But I will update you on that when I have a full review in a month or two.

The display is 5.2 inches across, protected by Gorilla Glass 3, and has a front-facing speaker on the bottom portion of the phone. Weighing in at 136g, it is much lighter than the 178g Nexus 6p and is very easy to use one-handed. The main downside to the design of the Nexus 5X is the camera hump on the back of the device. I really dislike when I set my phone down onto the camera lens. It doesn’t sit flat and will probably wear in the spot where it touches flat surfaces.

Other than that minor detail, the Nexus 5X is definitely a premium device by build quality alone.

The integrated fingerprint reader also lives on the back of the device, where you finger naturally rests when gripping the phone. Being that the Nexus 5X also uses the latest Android software in 6.0 Marshmallow, it uses Nexus Imprint to unlock and turn on your display with your fingerprint. As I stated in the Nexus 6P first impressions review, I truly believe this fingerprint reader is something all Android users will be using in the very near future.

Not only is it nice to unlock and turn on your display, but the fingerprint reader is needed for Android Pay and will replace pattern and code unlocks. 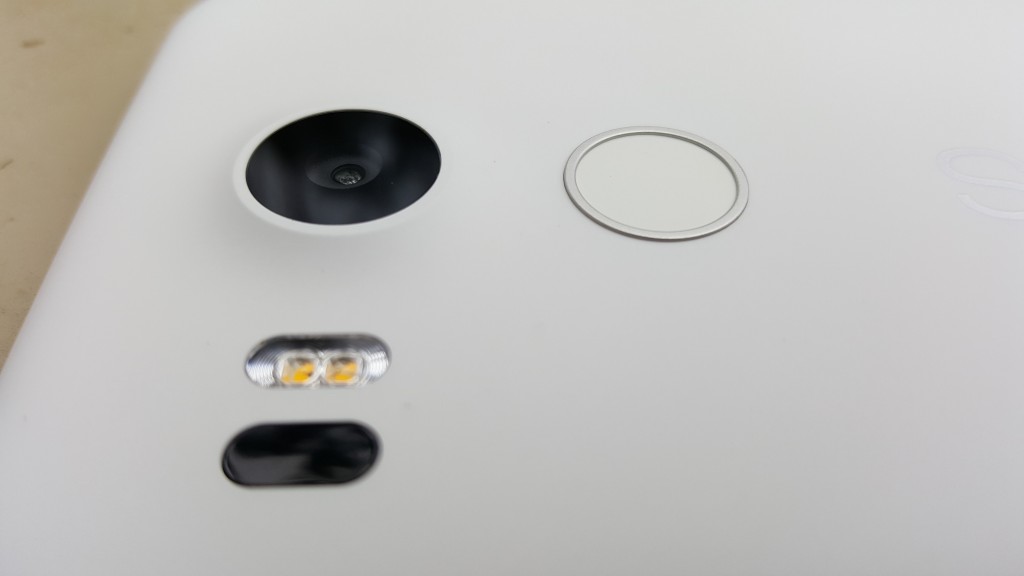 In my initial usage, I have yet to experience lag or stutters from the 5X, and to be honest, the performance feels almost identical to the 6P. I ran an Antutu benchmark test and it confirmed my feelings as the score was nearly identical. How could this be? Well the Nexus 6P runs the higher resolution OLED display which needs more processing power to drive those extra pixels.

So if the Nexus 5X performs as well as the 6P, and you don’t care about having a metal build or a 5.7 inch display vs. a 5.2 inch display, the Nexus 5X might be a better option considering you will save over $100 dollars.

Google did happen to send me the 32GB version to review which is probably enough memory for the majority of users- the 16GB base model without the ability to add external memory may not be enough. Although I am sure many people get by just fine with 16GB of memory with options to upload pictures, videos and music to the cloud.

Considering the Nexus 5X has the same camera as the Nexus 6P, one should assume that it performs identically. I haven’t had the time to do head-to-head comparisons but I was equally impressed with the camera. Unfortunately I wasn’t able to get a ton of shots in full daylight, but I did just walk around outside and take pictures at night.

Google knows cameras are important to people as they are documenting their lives more and more everyday through photos. My nieces can’t stay off Instagram. Who knows, in 100 years we might communicate through pictures instead of words(just kidding). Check out the gallery below.

The Nexus 5X has a 2,700mAh battery inside which is rated to last up to 420 hours on standby, 20 hours of talk time, 10 hours of video playback or 75 hours of audio playback. The battery is no slouch. According to Google, the 5X can last up to four hours on a ten minute fast charge. USB type-C is also integrated into the 5X replacing the antiquated micro-USB standard.

I was tickled at how well the battery has lasted. I gave it a full charge on Friday night, unplugged it Saturday morning around 9am and haven’t connected it to a charger since. As of right now, Monday morning at 12:42am, the Nexus 5X has 66% of battery life remaining! If that isn’t something to brag about, then I don’t know what is.

Now, in my Nexus 6P review, I mentioned I am a display snob. I love Samsung’s OLED displays because of the resolution, color saturation and accuracy and brightness level, especially in full sunlight. In terms of resolution, I really cannot see any pixels on this 1080P 423ppi display. The colors are more than acceptable, and the brightness is great too. It does get very bright, from the naked eye it appears to get brighter than its sibling, although like other LCD displays the colors wash out a little bit at the highest setting.

Comparatively it is as good as all other LCD based displays I have laid my eyes on and I know for a fact I could learn to love this display.

The speaker is mounted in the front mouth piece area and does get loud. Being that it is a speaker built into a small area, it does lack bass and slightly distorts on maximum volume. It is still a solid performing speaker by most standards. 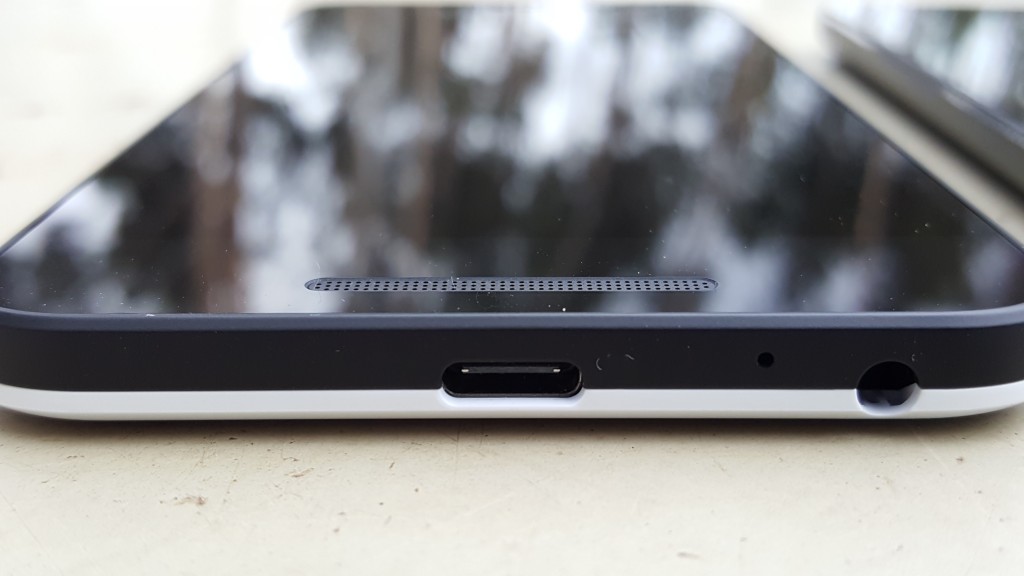 Overall the Nexus 5X(I keep wanting to call it the 5P) is a great phone at an even better price. Don’t let the spec sheets fool you as this does perform equally well to its premium sibling, the Nexus 6P. Specs really mean nothing when it comes to overall performance. If you’ve been using devices with lots of bloat, you probably know what I am talking about.

Starting at $379.99, the Nexus 5X may not have the specs to match the OnePlus 2, but it does beat it in the performance section as well as the NFC category. Android Pay is still in its infancy but is something you’re going to want to use once more places accept it. It is similarly priced and also runs the latest version of Android unlike the OnePlus 2. The Nexus 5X has incredible battery life, a superb camera, high-end performance and should be dubbed The Flagship Killer.

Depending on your budget, I have no hesitations in recommending the Nexus 5X as a daily driver. If I wasn’t such a phone snob, I know with 100% certainty I would buy the Nexus 5X over any other phone for its total package offering including the price.

Let me know in the comments section what you think and let me know what I missed so I can add it to my full review in about a month. Thank you for taking the time to read my review!