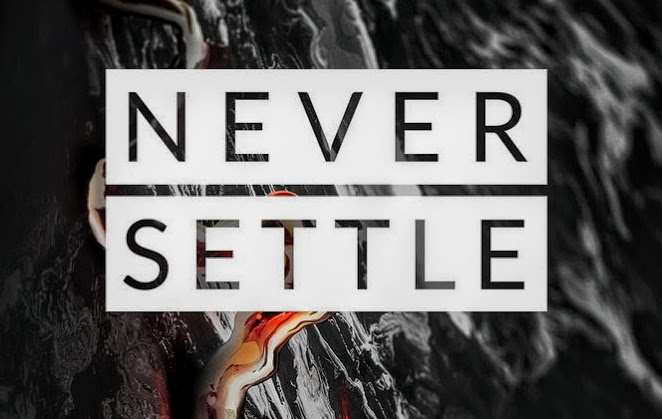 When Google announced the Pixel, it signified the end of an era – no longer would Google play the foil to Samsung and LG, the money-grubbing, flagship peddling corporate whores. But who would take up the mantle? In my head, it was unquestionably OnePlus – which, at the time was fresh out of its ill-advised invite-only program and announcing its first real game changer; the OnePlus 3T. At only $439, the 3T is $300 cheaper than even the cheapest of the flagships, positioning OnePlus to sit upon the throne vacated by Google. But it still has a long way to go before it can replace what Google brought to the table as a Flagship Killer.

Let’s start with the teaser image, and the ensuing April Fool’s joke. It all started with the little guy above – a simple image, teasing some news about the “future of Dash” – which is the (rather amazing) charging standard used by the OnePlus 3 and 3T. Excited owners hypothesized that it would be news about the (often out of stock) Dash car charger, or perhaps a new power bank – or some combination of the two. As it turns out, this was an April Fool’s joke gone wrong – and posted a day early, here in the States. Seems like a bit of an oversight. OnePlus was teasing a Dash energy drink – a day’s power in half an hour. Ha. Ha. Get it?

In a time where Dash accessories are extremely limited – to wit, the only Dash charger not included in-box with the OnePlus 3T is the always-sold-out Dash Car Charger – OnePlus thought it would be cute to tease its customer base about new accessories and then laugh at our pain.

Story time: I bought a OnePlus 3T a couple weeks ago, and was enamored instantly – the frame is crisp, the hardware is zippy, and the OS is delightfully Stock Android with some very smart tweaks and customizations. I installed all my apps, logged in to all my services – everything was going smooth. Then I tried to send a selfie to my lady friend – and noticed the green lines. For whatever reason, the selfie camera would add little green lines to a photo after it had been taken. The live view didn’t show these hideous green things, but the final product sure did. It wasn’t just the stock camera app, either. Hangouts, Snapchat (this one was the worst – dozen of little green artifacts all over the picture), Instagram, Kik – all of them showed the lines. So I contacted OnePlus Support, thinking it would be as simple as sending me a new device, and then returning the defective unit.

First, support had me take screenshots from five different apps and upload them – this was fine, I didn’t just expect them to take my word for it. Then, the nice lady had me wipe my phone, just in case it was an update gone horribly wrong. This was also fine – I figured at worst I’d have to deal with adding a few key apps and dealing with it for a few days while they shipped me a new unit. Needless to say, it didn’t quite go down like that. The rep assured me that my request was being handled, and that I should open a service request in the meantime. I did so – she confirmed the number and pushed it through – and I thought everything was good.

A few days later, I checked back into my service request, and it still said “Processing.” I reached out to Customer Support again, and was informed by the new rep that I’d need to resubmit my screenshots to prove the problem. I told him that I had submitted pictures already, and he was able to confirm that. Then he asked me a message I didn’t quite expect:

May I know if you were able to ship the item using the shipping label? And provide us with the tracking number to track of the parcel. Please note that replacement will follow once the device pass inspection. In all cases, we will inspect the Product and verify the fault. To qualify for a replacement or refund, devices must be in “as new” condition and, if possible, with the original sealed packaging intact.

I was a little taken aback. Not only did the rep expect me to ship the defective unit back to OnePlus before I had a replacement unit, but he went on to say that the process from start to finish could take 12 business days? This would leave me without a phone for almost three full weeks of my time – which, obviously, is simply not an option in today’s world. I clarified with the rep, and he informed me that this was my only option when it comes to a replacement device.

That…is not acceptable. I requested a refund – we’ll see how that process goes. I suspect I’ll have to send the defective unit back and have them inspect it before I get my refund – in the meantime I’ll have to spend more money – from Amazon, not OnePlus – on a new phone. It should be noted that I’m not the only one that’s had these issues.

OnePlus does a lot of things very well. Its phones are innovative, well-built, and inexpensive, its customer service representatives are friendly and understanding (if hamstrung by policy), and it strives to be the best manufacturer around. But it’s tough to be King. Return policies, viral marketing, April Fool’s jokes, invite-only ordering…the list of OnePlus’ gaffs is not small – but it always seems to learn from them.  If OnePlus has shown us anything in its still-young life, it’s that it’s not afraid to take risks, make mistakes, and come back better. If we’re lucky, OnePlus’ slogan isn’t just a recommendation to prospective customers, but a mantra by which the Oppo-backed company operates.

Never Settle, OnePlus. You’ll get there.