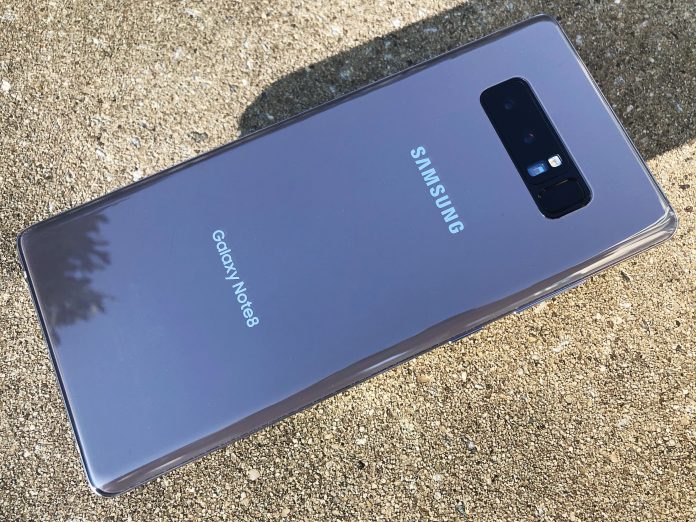 We are nearing the end of 2018 and we have seen quite a few new flagships released. These include new handsets from OnePlus, Google, and others.

But what about one of the best handsets of 2017 with the Samsung Galaxy Note 8? Has it stood up against the test of time and survived phone-pocalypse 2018? Let’s find out.

For the past few weeks, I’ve been using the Galaxy Note 8 in an effort to see just how well it still performs. There have been a few software updates over the last year, which have seemingly helped things.

But before we dive into the software, let’s take a step back and look at the hardware. The sandwich glass design is still absolutely stunning, with the aluminum frame and curved edges.

The display is still one of the best in the business, even though Samsung’s latest devices are even better. I found myself on numerous occasions just looking at the screen to notice the amount of detail in a game or video. 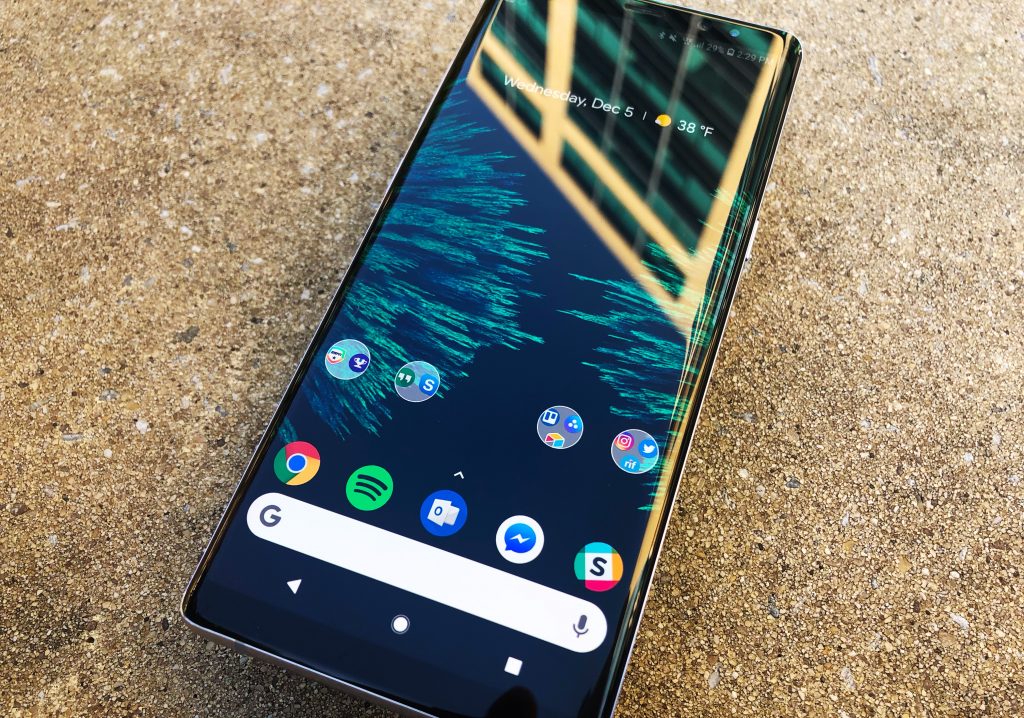 There is a reason that Samsung is considered one of the best in the business. And it’s the same reason that Apple contracted Samsung for its displays on the iPhone X, XS, and XS Max. They are just amazing.

What isn’t amazing is the camera module on the rear of the Note 8. The placement of the cameras is all fine and dandy, but the fingerprint scanner is still in the wrong place.

We were ecstatic to see Samsung fix this with the release of the Galaxy S9 and Galaxy Note 9. But after using the Note 8 for the past few weeks, we still can’t figure out what made Samsung decide this placement.

For some reason, Samsung thought it would be a good move to include a dedicated hardware button for Bixby. This is still super-frustrating if you forget that you can now disable the button.

You can go through the process of remapping it to Google Assistant if you want. But the fact that there’s a button at all is still annoying. It’s just too bad that Samsung is sticking to its guns and included the button again on the Note 9.

After the Galaxy Note 8 was released last year, I had the device for a few months. Samsung included Android Oreo with Samsung Experience 9.0 (read: TouchWiz), and this improved on many of my previous complaints.

However, at the time, I still felt that the software was too bloated with unnecessary features. This is still true, although the experience itself has smoothed out a bit. 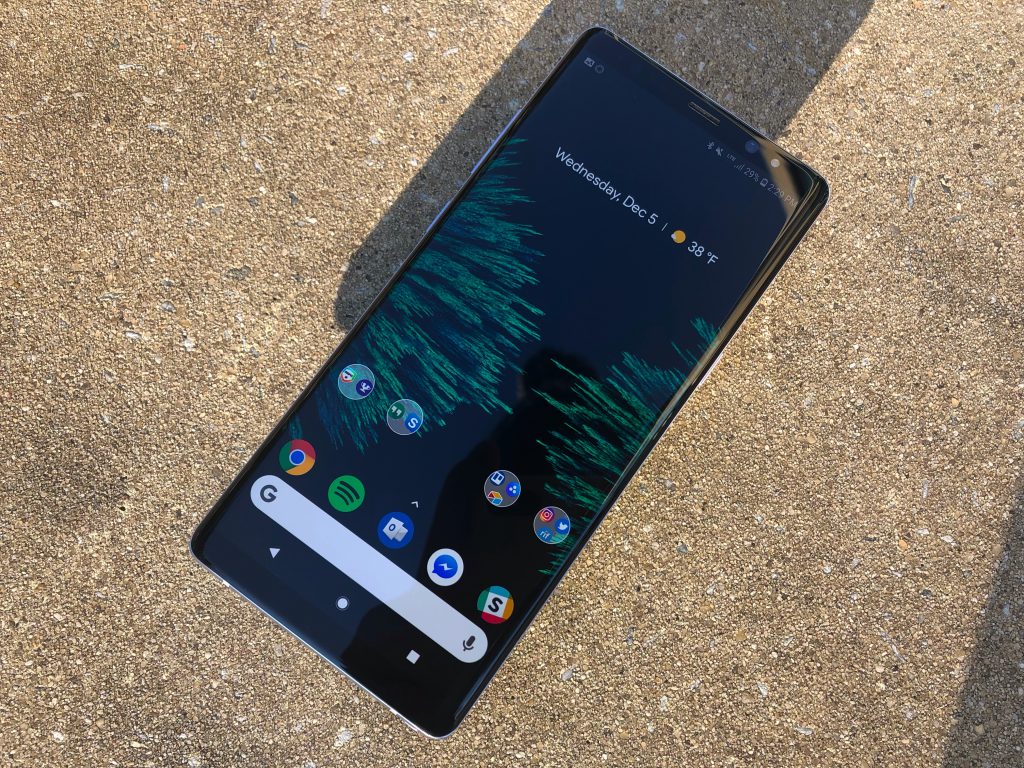 RAM management has been vastly improved, as I can open quite a few apps, go back to one, and then to another, without losing my place. This has become a source of frustration with various devices, but Samsung has seemingly worked out the kinks, for now.

Currently, my biggest gripe is that we are now into November, and there’s no sight of Android Pie. Recently, Samsung announced a brand-new UI called One UI.

The company confirmed that this will be based on Android Pie and will be coming to the Galaxy Note 8 and S8 devices. We just have to play the waiting game, as is always the case with Samsung.

It continues to boggle my mind that the largest Android OEM in the world can’t seem to get its ducks in a row on the software front. Sure, you can throw a kitchen sink’s full of features on board, but you can’t get the latest version of Android on my device, months after its official release. But I digress.

I’m one of those people who have a love-hate relationship with stylus’. On one hand, it comes in handy for certain situations, like photo editing. On the other, it’s not something you can sit and use for just whatever you are doing on your device. 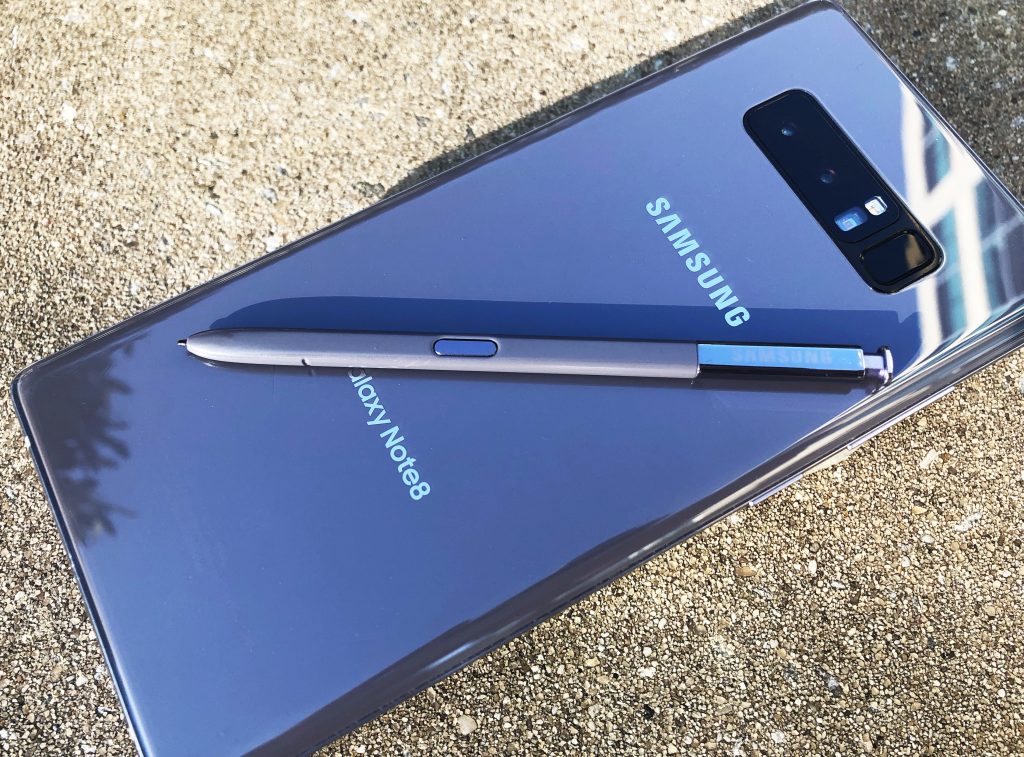 We still have the same pop-up menu that appears every time you unsheathe the S Pen. This menu includes the following options:

You can also add more if you scroll the wheel and find the “+” button. This provides more customization so you don’t have a bunch of useless features whenever you take out the S Pen.

This last benefit is a personal one, but as someone who likes to fidget with things, the fact that I can click the end of the S Pen without breaking anything is absolutely amazing.

When it comes to a device that is at least one-year-old, folks likely are wondering if the camera still stands up. In short, the answer is yes, with a “but”. 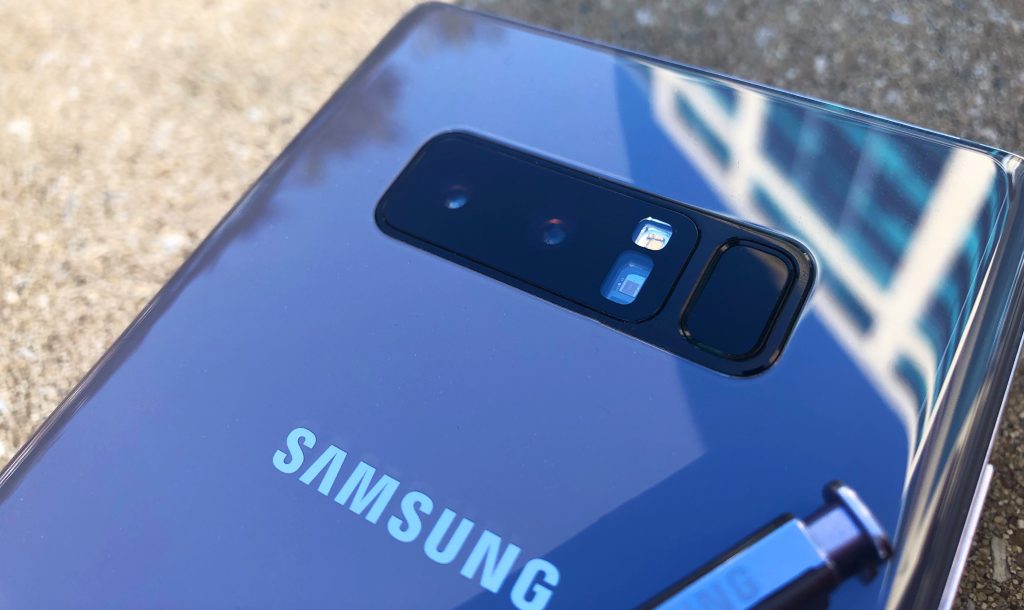 The answer is yes, BUT when looking at the competition in 2018, the Galaxy Note 8’s camera is completely outclassed. The dual-camera setup will still provide excellent shots, with its standard 12MP sensor and 12MP telephoto lens.

As a reminder, Samsung included quite a few different modes to shoot pictures or videos in:

Plus, you can head over to the Galaxy Apps Store and download even more camera modes if you want to experiment.

The bottom line is that the Galaxy Note 8’s camera is still extremely functional, despite being a year old. Just don’t be surprised if your pictures are outshined by newer devices.

Overall, I have been pleasantly surprised with the Galaxy Note 8, even though I am frustrated about the lack of Pie. The camera is still solid, the battery is still going strong, and that display is absolutely gorgeous.

Now, when Samsung gets off its rear-end and brings Pie to the Note 8, I have high hopes that the device can live on for another year or so. But until then, I’ll hold my applause.

In the meantime, if you have been on the fence about picking up the Note 8, we say go for it. You can still get the device from some carriers, and the unlocked version can be found on Amazon for less than $600.