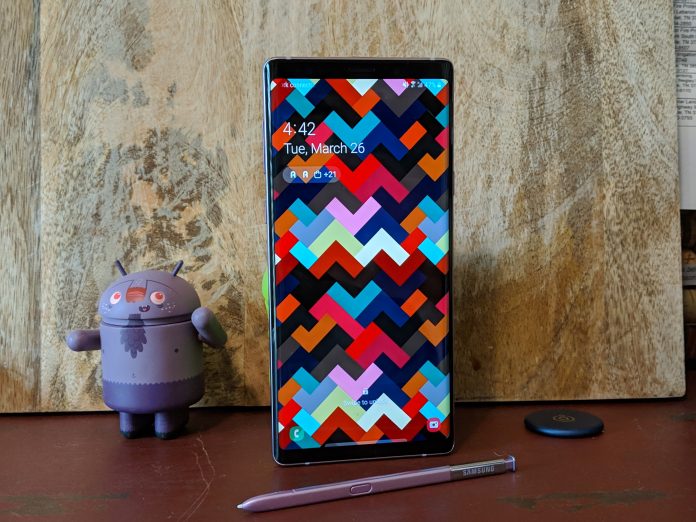 Samsung is the king of the Android mountain. The company continuously innovates and pushes the operating system (OS) forward as the most successful manufacturer to have embraced Google’s Android. Despite this, I’ve never been a fan. I’m what you may call an Android purest. I want what most in our industry refer to as a “stock” Android experience.

The mobile OS is great when companies just leave it alone for the most part. It can still be tweaked, but I don’t want to be overwhelmed by an overpowering mask over my OS of choice. It’s why I’ve been an avid Moto user, Nexus owner, and new Pixel admirer.

Thanks to Verizon I have been able to use the Galaxy Note 9 as my primary device over the last month. I have some thoughts on the device, its experience, and how it fares in the overall scheme of things.

We’ve reviewed the device at launch, but I’d like to shed some light on where the Galaxy Note 9 is for users like myself particularly as it approaches its first anniversary on the market.

Let’s start on a positive. There’s no denying that Samsung has iterated its design language to the point where the company easily has some of the best hardware in the business. Against the likes of Apple and Google, Samsung may have the best design chops at the moment. The Galaxy Note 9 is a beautiful device. 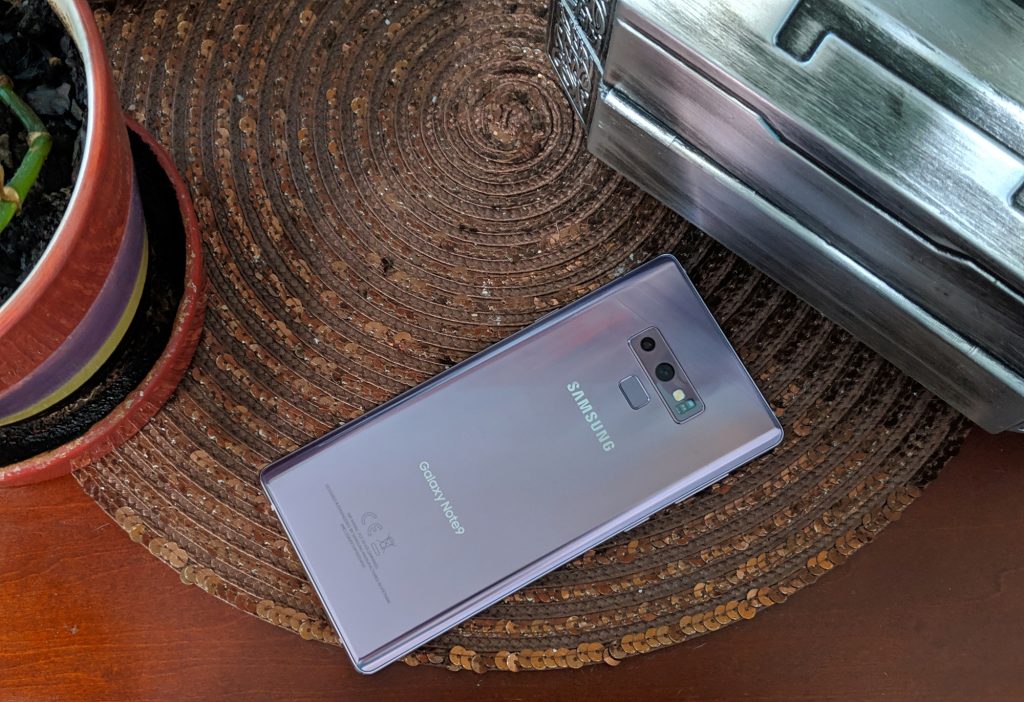 The screen is amazing. Samsung still makes the best displays on the market today. Period. The whites are super bright and the blacks just pop off the screen. While I’m not crazy about the curve on the edges of the display, I did find they made the size of the Note more manageable.

Next up is the cameras. While they are still not as good as the Pixel 3, the Galaxy Note 9 takes exceptional photos. I never second-guessed taking a shot while carrying the Galaxy Note. It really stood up to the “don’t worry just point and shoot method” that I think all smartphone cameras should succeed at. It shouldn’t be an ordeal of trying to find the perfect lighting to take a photo. I could easily pull out the Note and just take the picture.

This is where the heart of the “stock” user comes out in me. Google has spent years polishing Android into a super solid operating system. And a relatively free one at that. I should be able to hit the Play Store or even F-Droid and install all the software I prefer.

The same should be true for removing software and that’s where my relationship with Samsung falls short. There is a plethora of uninstallable apps from Samsung that are also redundant to some readily available for Android. I don’t need another SMS, calendar, and/or contacts app. I have apps that I use for that and that are honestly just better than Samsung’s.

It’s true for most of Samsung’s software base. Look, I get that they have a business model to uphold and that things like Samsung Pay are money makers, but the base OS is good on its own without Samsung adding fluff apps that I can’t uninstall or set the preferred app.

Speaking of things that need help. Let’s talk about the terrible lock screen Samsung includes with Always on Display. It’s just bad and dated at this point. Just showing me the tiny round icons of notifications isn’t enough. You can’t interact with the notification at all from other than some cherry-picked Samsung widgets for calendars, weather, and music. 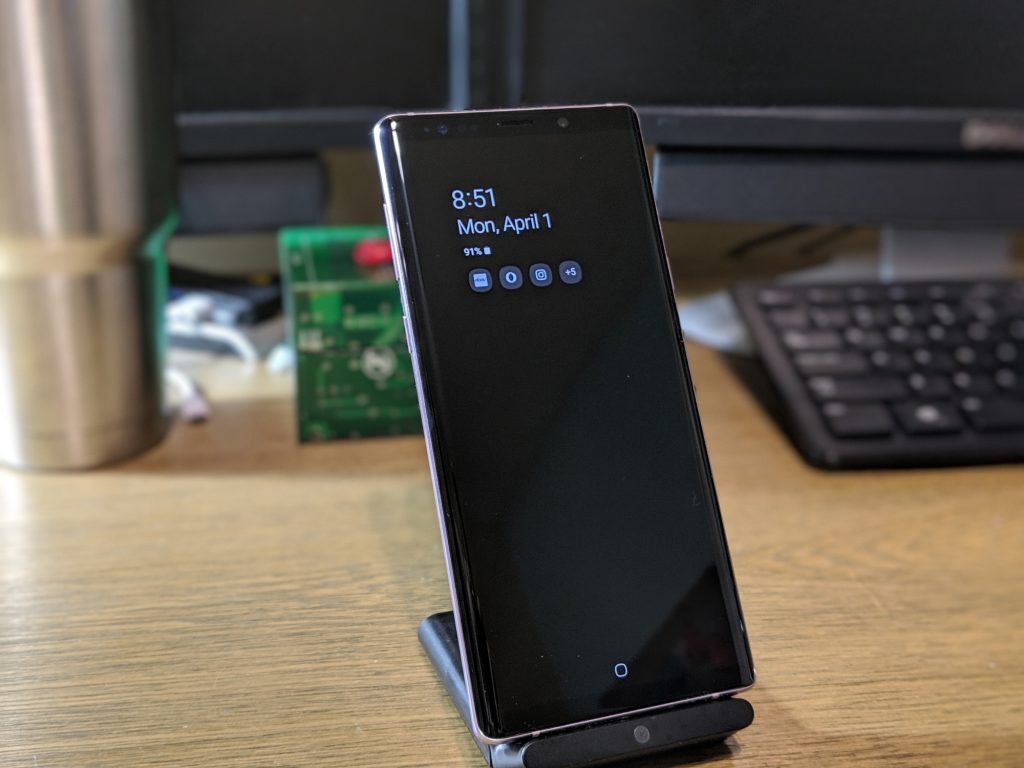 And why does it just run on top of the existing Android default? So it’s really two lock screens? Just let Android be Android. Especially if you are also including it in the default build of the system. It’s literally there if you double-tap on the Home button on Samsung’s Always on Display.

Lastly, Bixby is just as bad. While it can do rudimentary things like telling you the weather, it’s just not up to par with Google Assistant. Which in itself wouldn’t be that big an issue if I could just have the option to remap the damn hardware button to launch Assistant instead? Yes, you can make this happen with some 3rd party apps, I’d love to see Samsung let you have the option.

What I’m Okay With

Not all of what Samsung has put together is bad on the coding side of things. Its latest Android Pie release is really good. The One UI interface the company has built actually has some great ideas on how to interact with a large form factor device. Many of the pull-down menus and button elements get pushed to the bottom of the screen where they are easily accessed without fumbling with your phone in the hand.

One UI also simplified many of the overbearing menus and toggles that Samsung has been famous for over the years. This is definitely the best version of Samsung’s Android we’ve ever seen. From design to the actual function of the software, Samsung got it mostly right here and I came away pleasantly surprised.

Another surprise was the S-Pen integration. I’ve never been a stylus guy, but I found myself using it frequently. It’s a nice option to just jot down quick notes without needing to open an app or unlock the phone. Some of the handwriting tricks are kinda nice too but mostly used it to take quick notes on the move. I still don’t think it’s a selling feature to make me choose it over other devices, but it was one that I used while I had the Galaxy Note 9.

Many will disagree here, and some of it may actually combat earlier points, but Samsung has the closest ecosystem to the complete Apple model. While it’s not necessarily for me, Samsung offers numerous devices like Galaxy Buds, Samsung Pay, and the Galaxy Watch that all assimilate together for a total lineup that other Android manufacturers have yet to capture. 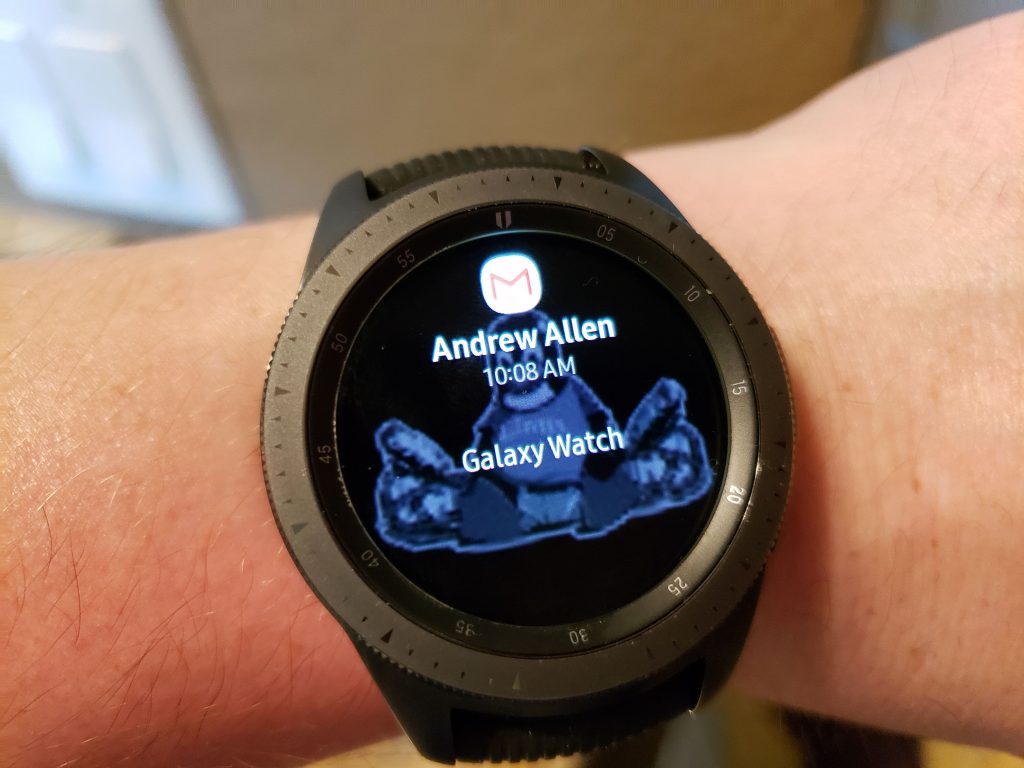 Like the company or not, Samsung is the Apple of the Android market. They have the marketing and supply chain to offer its users a deep lineup of devices that all interconnect within the Galaxy branding.

Is Bixby as good as the alternatives? No, but for new users, or those willing to adapt, the Galaxy line could be exactly what they are looking for in a complete package of devices that just work.

The Galaxy Note 9 is still a very compelling device almost a year later. It can compete with any flagship in the last calendar year, including it’s newly announced brethren in the Galaxy S10 line.

From the large display to the unique S-Pen options, Samsung’s Note 9 will not disappoint new and old users alike. The Note 9 is available in three colors of Lavender Purple, Ocean Blue, and Midnight Black from Verizon. It’s still a steep price at $1000, but it truly is a device and experience all its own.