Google’s Nexus program has produced incredible devices over the years. If you have followed the Nexus line from the beginning, you have seen these devices grow from relative obscurity to the pinnacle of smartphones in 2015. As in any business, though, perspective and goals must shift, and the Nexus program is no different. By examining both the background of the Nexus program and changes made to this year’s lineup, it is easy to see that Google has plans that may alter the face of the familiar Nexus template. 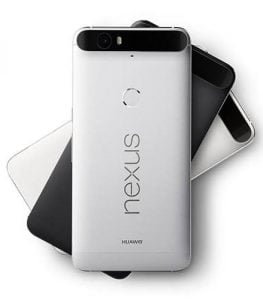 Before we look at the future of Google’s Nexus program, it is important that we establish an understanding around the meaning behind it. Tech Insider had the opportunity to sit down with a Google rep last October, and they asked him questions regarding the purpose of the Nexus program. The following is a short excerpt from the Google rep’s response:

“The Nexus program is our effort to push what’s possible in hardware design while unlocking the ideal software experience. It’s Google’s take on the total user experience including hardware and software, the retail experience, frequency of security updates (monthly) and ongoing software updates (for two years)… Since Nexus is built by the same people who build the OS working closely with partners, we think these devices serve as a beacon to show the industry what’s possible.”

In short, the Nexus program is meant to be a reference point for the rest of the industry to follow and a source of inspiration. Nexus is Google showing the industry and consumers what is possible within the Android ecosystem. 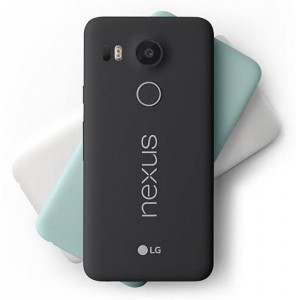 2 Nexus Phones and a change in direction

2015 brought with it a few new changes to the Nexus program. For starters, Google broke its one device a year precedent by releasing both the 5X and 6P. Google decided to take a different approach with the advertisement of the 5X and 6P. Previous Nexus devices were never in the “limelight” so the new strategy was a major shift. Ads for the 2015 Nexus were far more prevalent than previous iterations of the Nexus family. Along with Twitter, and Youtube, the 5X, and 6P also saw a considerable amount of TV time during what is considered to be prime advertising slots.

For the first time, the Nexus line up was front and center, and it more than met expectations. Review after review came back positive for these devices, and top 10 lists everywhere had both the 5X and 6P listed near the top. Even now, a year since the last Nexus release, and a year full of new flagships, the 6P is still ranked near the top on many “best devices” lists. 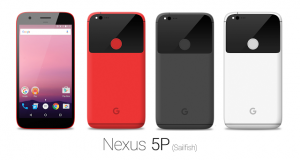 This year, Google is switching things up again by entrusting the production of both 2016 Nexus Phones to HTC. The Nexus devices released this year will change last year’s take on the two devices. Rather than having a mid-class device and a flagship, both the 5″ and 5.5″ Nexus will have (almost) identical internal specifications. The only spec differences are going to be the screen size, screen resolution, and battery capacity. Google will also be removing “Nexus” branding from its 2016 devices. Logo changes may not be earth-shattering news, but it does mark another departure from a well-developed pattern.

This change marks the first departure from “pure” or “stock” Android. Many of you will be quick to point out that a launcher is just one piece of software running alongside the operating system, and you are correct. The addition of this launcher brings up other questions though like what features did it add? (Gestures on the fingerprint scanner? Check.) The Nexus launcher has been Google’s first endeavor to develop its software suite alongside stock Android.

We have finally reached the part of the article I used to reel you all in! My predictions for the Nexus lineup are pretty simple: Google will become more aggressive in the mobile market, producing phones under its name rather than the “Nexus” product line, and this name change will happen this year! I believe the success of the 6P and the overall “quality of the market will prompt Google to pull the plug on the Nexus program.

The Android ecosystem has come a long way since its creation. The Nexus lineup was a clear reference point for a developing community. Those who were new to either the phone or software could look to Google, an established (read: dominant) software developer and phone designer, to get an idea of what works and what does not. It is now 2016, and we have beautifully designed devices like the Galaxy S7, Note 7, HTC 10, OnePlus 3, and many others. The Android market is no longer in its infancy, and the Nexus program is no longer needed to shine a light on good design. Google’s decision to kill the Nexus lineup makes sense and is necessary to further progress.

While the Android market is more developed in the hardware design aspect, it is still in need of guidance when it comes to software. Since Google no longer needs to show OEMs how to design phones, I believe Google will attempt set the example for OEMs software suites by developing its own. The 2016 Nexus will test Google’s custom software suite that was built in tandem with stock Android. This suite will show OEMs the importance of designing software to work alongside Android rather than railroading it. Designing its software will also allow Google the opportunity to work on software features without adding it to Android itself.

With this change in direction, I believe Google will do a bit of rebranding. Going forward, Google will refer to its custom software with the Nexus moniker as demonstrated by the Nexus Launcher, and I predict Google’s software suite will be known as Nexus OS. As for the actual device, I think Google will refer to its phone as the “Google Phone”(Possibly the gPhone to ruffle Apple’s feathers). This change will match the new logo on the back of the 2016 devices. Google’s phones would benefit tremendously from this name change and would immediately inherit all of the brand recognition and clout the search giant has built for itself.

The Nexus lineup has done a significant amount to push the boundaries of the Android ecosystem while also establishing a standard for all others to follow. Google’s shift in attention to the software/feature side of the business marks the start of an exciting new program. This new program will take Google’s phones from being a fringe reference phone loved by Andriod purists, to a mainstream device used and loved by many. Nexus OS will challenge the market to grow and evolve.There is a time for all good things to end, so farewell Nexus phones, and hello Google Phone!