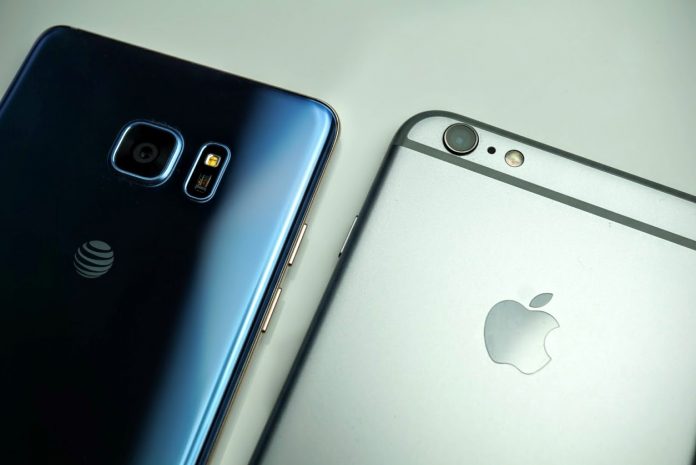 The Samsung Galaxy Note 7 is a device that grabs the attention of smartphone enthusiasts from around the globe. Even iPhone users, who are stuck in their own world, come out from underneath the rocks to take a gander at the Note line. The Note always impresses enthusiasts with its internals and features, and this year’s version is no exception. 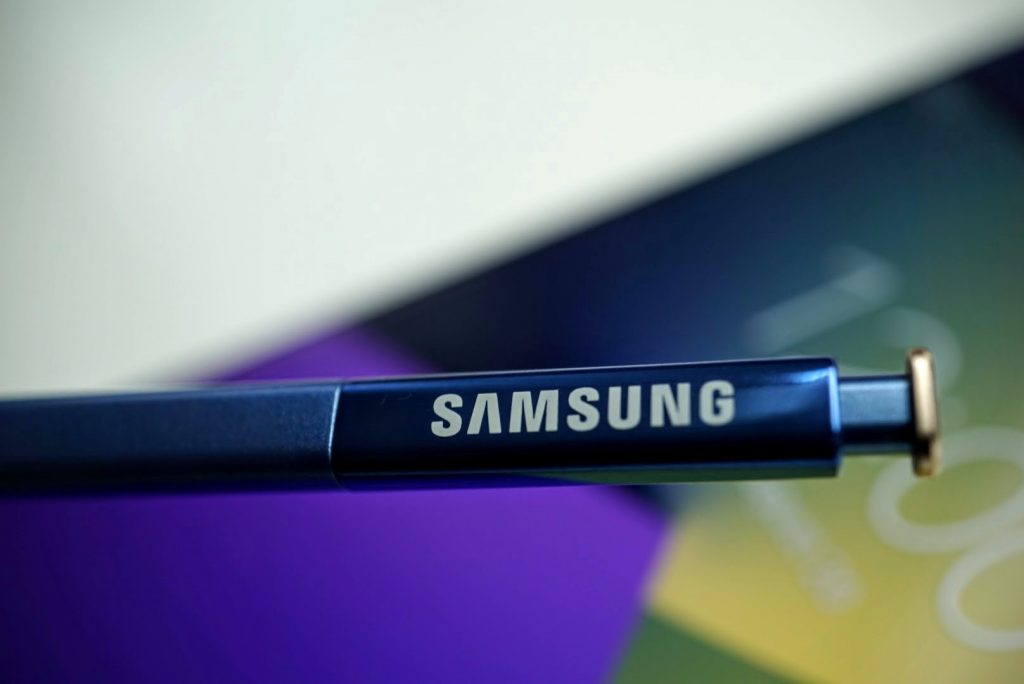 The sleek lines, bezel free display, glass and metal build in combination with colors that look like jewelry grab the attention of anyone, even those who don’t follow smartphones like we do. Match up the extremely beautiful build with water resistance, the best display and camera of 2016, 64GB of base storage, 4GB RAM, and an ultra fast processor leaves iPhone users waiting for the next version of the iPhone to see if it can top the Note 7. And if the next iPhone fails to impress them, there is a good chance they will want to get their paws on one of the best phones I have ever seen, the Galaxy Note 7. 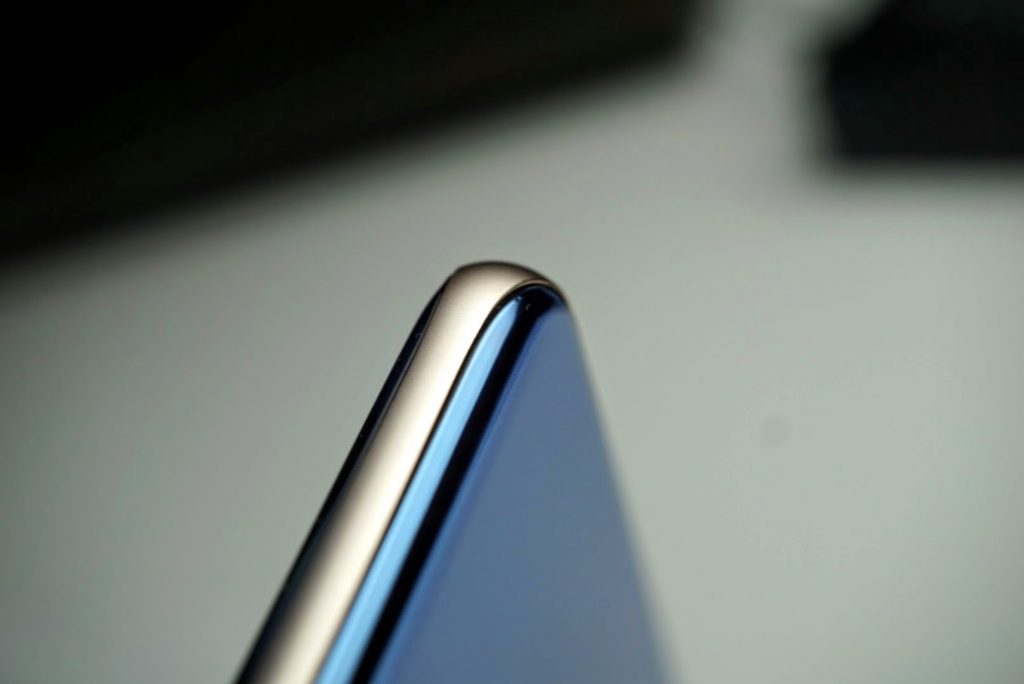 I haven’t owned and used the Note 7 long enough to give a full and adequate review yet, but there is a level of refinement with this device that I have never seen before. While the Note line normally paves the way for the next year’s smartphones, this Note 7 didn’t push the envelop with hardware as much as it has in the past.

By the end of 2017, the Note 7 will be among the top three smartphones across the world of Android and tech bloggers. All of the premium hardware leads to a premium price of $850, but we have come to expect that from the best of the class. The price isn’t unfamiliar territory, as the iPhone 6s Plus 64GB model costs the same amount of money at $850.

Once iPhone users figure that out, they will realize how much Apple is short changing them. Granted the next iPhone has not been announced yet, but all rumors are pointing towards a similar hardware build. The iPhone 8 is the one that might bring about radical changes like curved edges with an AMOLED display, but we won’t get that until the fall of 2017. So if the iPhone 7 maintains a similar build, this is the year many 6s Plus users might make the switch.

Before the Note 7 came out, I made a point to switch over to the iPhone 6s Plus as my primary device for over a month. Objectively I understand why iPhone users love their devices so much. There is very minimal software bloat, battery management is phenomenal, apps offer a much better user experience than the Android versions, the camera is good, iMessage is the best text messaging app across the board, and the build is solid and pleasing to the eyes. It performs the standard functions of making calls, sending texts, playing games and videos, and taking pictures like all other phones. 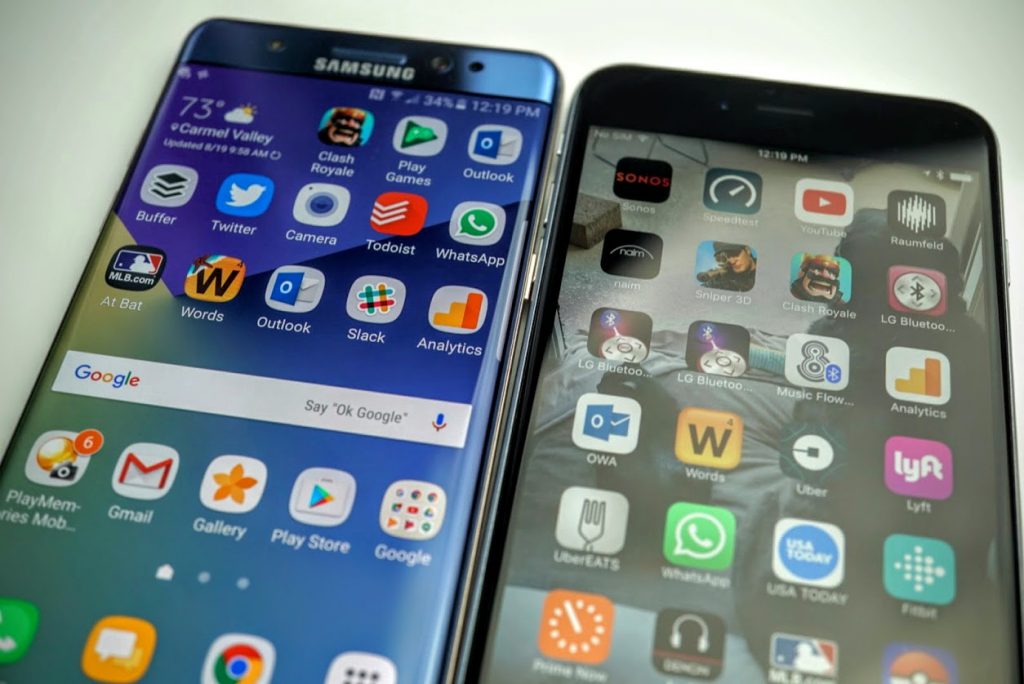 However the Note 7 build is far superior. It has a slightly bigger display (5.7″ vs 5.5″), better display with QHD vs HD resolution as well as AMOLED vs LED backlit, a better camera, and is significantly easier to hold since it is shorter, narrower and lighter. When I tried to use the iPhone 6s Plus with one hand, it was manageable but over time my thumb joint became quite achey. After switching to the lighter Note 7, the aches have gone away completely. 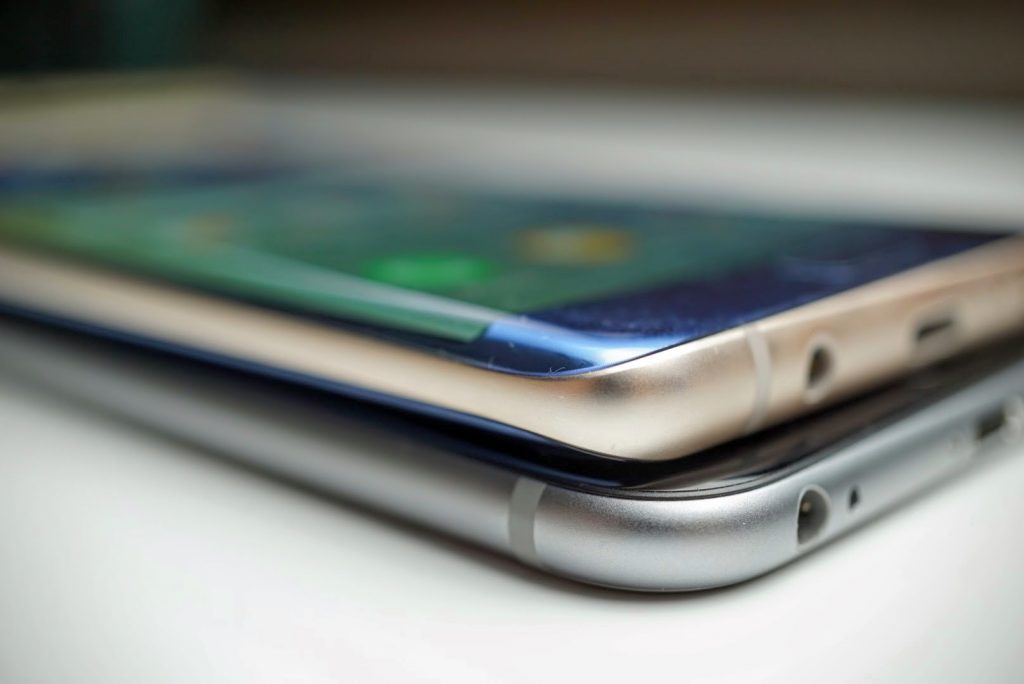 Internally the specs of the Note 7 simply blow the iPhone 6s Plus away. But the vast majority of people do not care about specs, they simply prefer user experience to data on a sheet. I agree with this mentality as Apple is very good at software optimization. It doesn’t need 4GB of RAM or octa core processors. Though the reality is the Note 7 is significantly faster than the iPhone in every single way. Apps open faster, switching between apps is smoother, and you don’t get lag on the Note 7 when someone sends a text while playing a video game like you do on the iPhone 6s Plus. You can also perform a variety of functions in the background where the iPhone 6s Plus simply cannot. 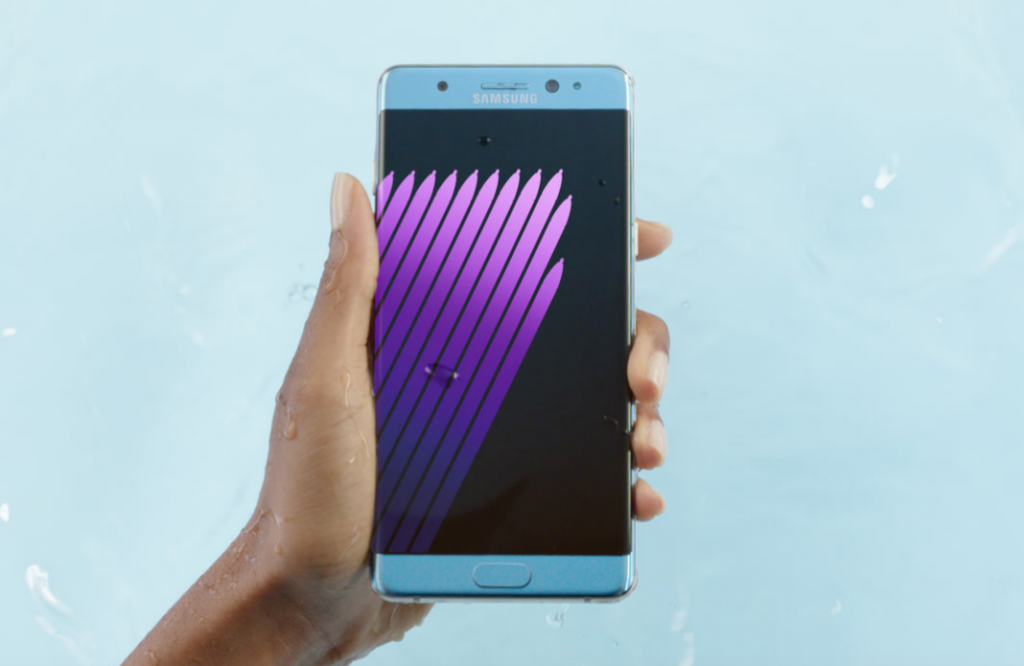 The Note 7 does fall on its face when it comes to carrier bloat. Sadly Samsung has failed to release a fully unlocked and bloat free version of the Note 7, but the bloat isn’t a big enough reason to avoid the device. iMessage can be disabled, and quite frankly with most smartphone plans now with unlimited global SMS, there is less and less need for iMessage as time passes. It is nice to use iMessage if you own a Macbook and/or iPad as you can send and receive messages across devices, but that isn’t reason enough to stay with the iPhone either.

I completely understand why users love their iPhones. The iPhone works well, camera is good, software is stable, and it is what most people started out with in the US. Customer service is pretty darned good too. Androids on the other hand offer so much more for the same price or less. If you’re going to spend $850 on the iPhone 6s Plus, or even the iPhone 7 Plus, it’s time you made the switch to Android. Androids can make calls, send texts, browse the web, take pictures just like an iPhone can, but it can do it faster and better. And Android can do a whole lot more, especially with the Samsung Galaxy Note 7.

Last year’s Note 5 really bothered me as its main focus was improving build quality over the Note 4’s plastic build. The Note 5 lacked removable storage and a swappable battery found in its predecessors which really wore on me. However the Note 7 is a significant upgrade of the Note 5 in functionality and hardware that it has made me happy once again as a power user. The level of refinement found in the Note 7 is unparalleled and unrivaled. Even iPhone users are going to have to take a look at this Android and give it a try.