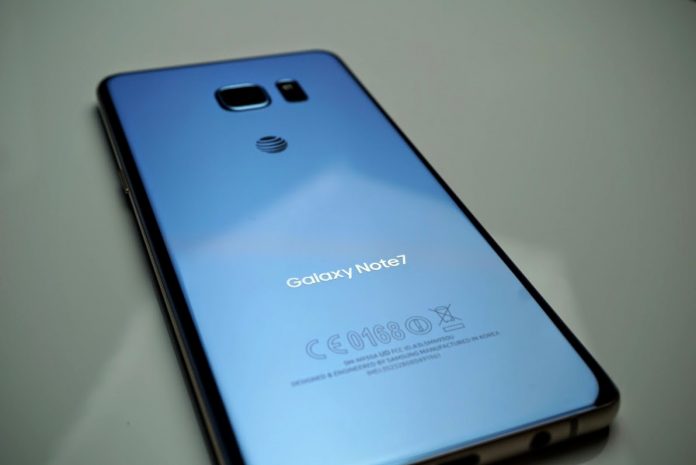 The Samsung Galaxy Note 7 is undoubtedly one of the most impressive cellular devices ever manufactured. Some would argue it’s the best ever. The Note 7 is now waterproof and has expandable storage! It seems that Samsung really has been listening to its fans after all. We’re even beginning to see some changes in the software on Samsung’s devices.

Some, me included, would argue that Samsung is drastically toning down its software from what it used to be. If you’ve never owned an older Samsung phone (or missed the outrage on the internet) you may not know how bloated, ugly, and slow the software has been in the past. The software skin named TouchWiz has generally been a joke amongst Android fanboys due its past sins.

But, Google and Samsung are making it easier than ever ignore Samsung’s software in the Galaxy Note 7. Here are three tips to make your Samsung Galaxy Note 7 feel like a Nexus device.

One of the best features of Samsung’s current flagship phones is that it ships with a theme store. If you’re like me and love the look of Stock Android, this will be your first stop in Nexusifying (Nexusing? Nexification?) your Galaxy Note 7.

Feels better, doesn’t it? Samsung has come a long way with its new Grace UI, but Stock Android just looks better, in my opinion. Now, this won’t deal with things like the Settings App (although I do like Samsung’s redesign there) and Samsung’s apps, but it does do a pretty good job of giving you the illusion you’re using a Nexus device with all of the Material Design goodness that comes along with it.

One of the smartest things Google has ever done in the fight against OEM Android skins is releasing the Google Now Launcher. We all love it here at AndroidGuys (review here)  for its simplicity and the built-in Google Now screen to the left of home. Nothing you can download will give you a closer to stock feel than this launcher. You can grab the Google Now Launcher in the Play Store. 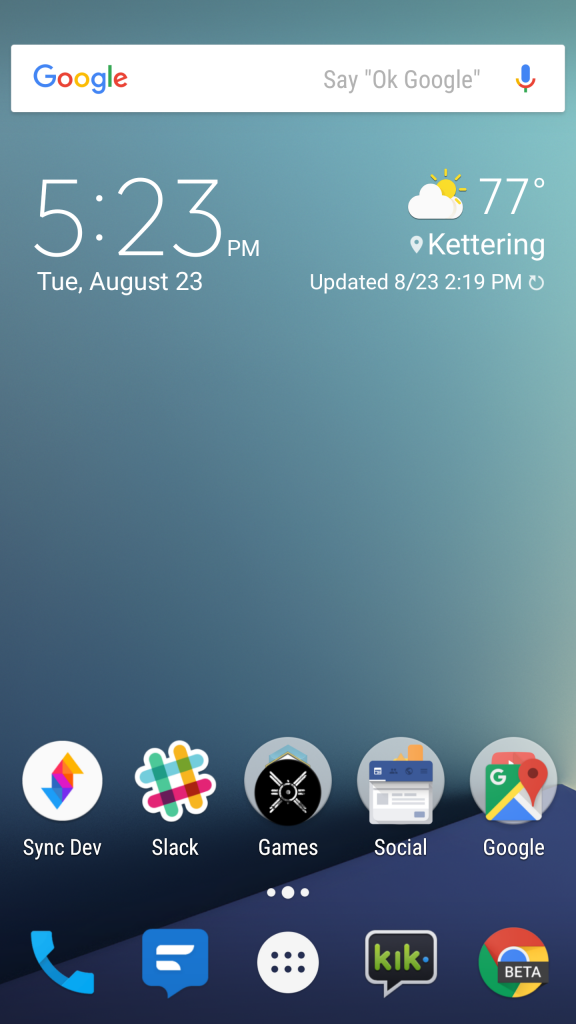 This step comes with a BIG DISCLAIMER.

AndroidGuys and the author are NOT responsible for ANYTHING you do to your phone. Please do your own research before following ANY of these suggestions.

Alright, now that we have that out of the way, I feel comfortable telling you about one of my favorite applications in the Play Store. It’s called Package Disabler Pro and it’s a steal at just $.99 right now. Package Disabler Pro does let’s you disable packages or applications that you would not normally be able to disable from within Android and the best part is that it does NOT require root.

The app does offer an option to quickly disable all the bloat in your phone with one click, but I’ve found it takes out some of the apps that are truly a selling point for Samsung phones like S Health, Samsung Pay, and a few others. Do yourself a favor and look at everything that you choose to disable and Google what exactly it does. If you’re not happy with the results you can display only your disabled packages and reenable them one by one or reenable them all. 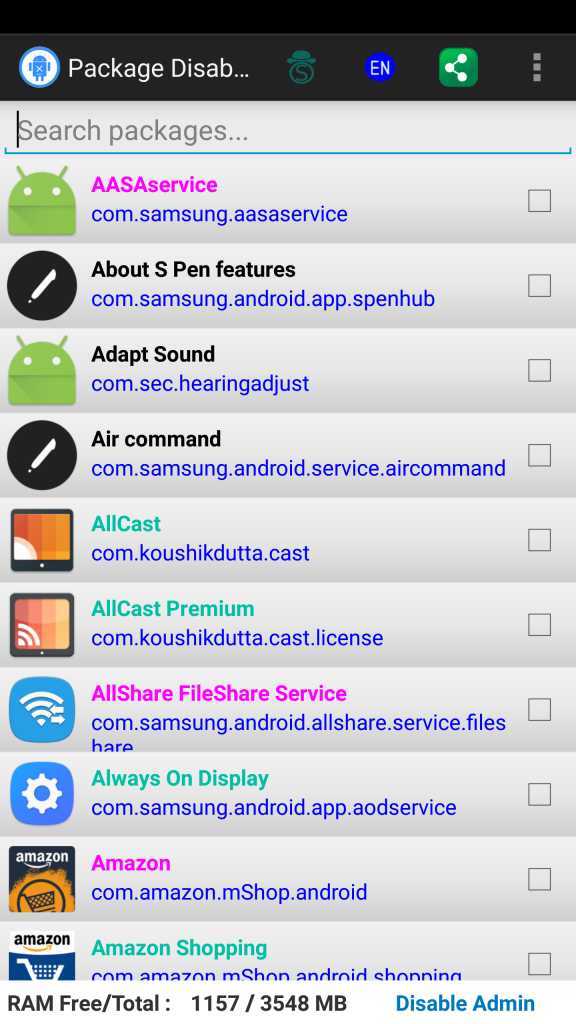 I don’t have hard evidence, just anecdotal, but my device feels much faster and more fluid after disabling about 80 packages. I initially had all of these disabled and turned them back on for the purpose of this article and was shocked at the difference.

You can grab Package Disabler Pro in the Play Store.