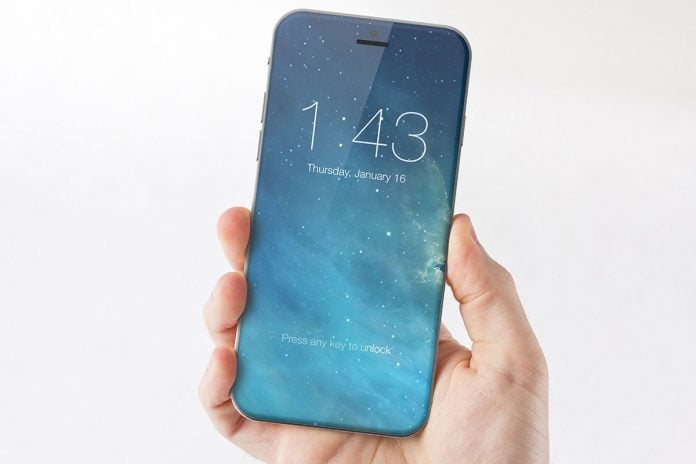 The headline to this article may sound like I don’t care about the recent trend to reduce bezel in smartphones, but that couldn’t be further from the truth. I was a bezel-hater since the early days, and it drove me nuts year after year how barely anyone acknowledged that they were a nuisance. Especially as smartphones were getting bigger and the market was realizing the benefit of large displays, every manufacturer was simply making their phones bigger. Everyone seemed to ignore the fact that expanding the screen area would achieve a similar result in the same footprint, and if you didn’t mind a huge phone, you’d have even more awesome screen estate.

It boggles my mind that it took until 2017 that we saw key players finally making this move. It also bothers me that the industry acts reactive, instead of taking the initiative. The people behind these companies aren’t stupid, and I have a hard time believing that no one thought about reducing bezels much earlier ago. We’d hear excuses, but I believe it really amounted to laziness. Recall last year’s HTC U11 and OnePlus 5, which repeated the same bezel bulk like always. Once these companies saw that the competition one-upped them, then hallelujah, it became possible for them to do it, and they reacted with quick turnarounds (HTC U11+ and Oneplus 5T, respectively). Laziness.

I digress; we’re past all that now. However, a new concern has surfaced. Now that the idea of reduced bezels has been “discovered”, some companies jumping straight to the thought of no bezels at all. So now instead moving too slowly, we’ve switched to jumping the gun: enter the Notch.

Ugh. So I can understand the notch not bothering some people and that’s fine, but what I question is, is it worth it? Does filling the small area around it with screen add enough value to offset its disruption, compared to just an entire thin black strip? I just have a hard time imaging who would prefer the former (by the way, we’d love to hear your opinions in the Comments section). I understand why some companies are doing this. They want to be first to have truly “edge-to-edge”. But the fact is that the product is compromised. It looks incomplete, beta, and its failure of being “truly bezel-less” sticks out like a sore thumb.

This brings me to concept of “truly bezel-less” (I have to say “truly” because too many people annoyingly use the term “bezel-less” too loosely), and why it’s not reasonable. The smartphone needs to have certain components on the front (i.e. front camera, earpiece, and sensors). These aren’t going away, so in order to achieve a truly bezel-less display, manufacturers need to conjure up radical ways to retain them while moving them out of the way. We’ve seen some interesting concepts in the past, such as having the phone vibrate to create the external sound to get rid of the earpiece. The front camera is a bit tougher, but we’ve heard reports of attempts to get that underneath the display.

While all this is going on, and in the midst of the compromised notch edge-to-edge implementations, I’m here looking at my Note 8 and ultimately asking “Why?”. Listen, I’m all for progression. On Samsung’s design, I can imagine those top and bottom black bars reduced even further. But do we need them completely gone (or least the top one)? I guess “need” isn’t the right word – none of this is a “need”. These companies are spending extraordinary effort to achieve real “bezel-less”, but the work to get there is a lot more than what the gain is, and that’s not good business practice.

I really can’t believe that Apple, the biggest smartphone manufacturer, gave into this frivolous act. I’d like to think it’s the reason why the iPhone X is suffering with sales but there may be other factors. The over-the-top pricing certainly doesn’t help, and that may in fact be a result of the extra challenges to achieve that level of screen-to-body ratio in the first place. If this is true, then that emphasizes my point – it’s not worth it.

But of course, this is just one Android enthusiasts opinion. Going into 2018, we’d like to hear what you think about the display developments and what you’d like to see happen with them in the upcoming smartphones. Sound off below!