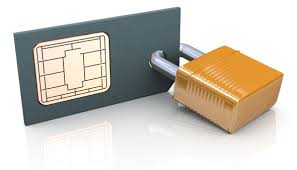 Recently, I became the new owner of a Moto X; however, here was a giant hoop I had to get over first before I could claim it as my own. I received a beautiful 32GB white Moto X that was locked to AT&T’s network. This is all fine and dandy for a prospective AT&T customer – which I am not. Rather, I am a happy T-Mobile user and I plan to stay that way until I move to a location where T-Mobile‘s service doesn’t fit my needs.

My first move was to contact Motorola. I knew it was a long shot, but if it worked, I could walk away with a functioning rootable phone. The AT&T variant of the Moto X has a long, complicated and dangerous method to achieve root. Unfortunately, that is a story for another article. The unlocked variant of the Moto X has a simple three step process to earn root. I contacted Motorola, advising I was sent the wrong phone. The conversation (understandably) didn’t end pretty for me and I might have known better. They refused to trade out the models for me, which I understand why, and kept redirecting me to AT&T telling me to get them to unlock it. I took a chance, called AT&T and told them my story hoping for a lenient representative who might help me out.

I called three times and waited on hold for about 40 minutes each time. Each of these calls, I told the representative that I had an AT&T Moto X from a friend and I wanted to use it on T-Mobile’s network. They would reply by reading off the screen a script that told me that they wouldn’t release the subsidy/unlock code unless I was a current or previous customer. After I told them that I was not and never had been an AT&T customer, they tried to redirect me to Motorola telling me that only Motorola can unlock my phone as I am not an AT&T customer. I knew that this was false and that Motorola couldn’t do anything about it, but I called Motorola anyways. As you can guess, that conversation was a flop and I didn’t get anything out of it.

I had one more trick up my sleeve. I called AT&T (from a different number this time) and told them that I was an AT&T customer. I gave them a family members’s credentials in a final desperate attempt to get this Moto X unlocked. This was met by information that the device was never used on their network so that it couldn’t be unlocked. I would have to activate it and use the device on AT&T’s network for a good while before they would release the subsidy code to me. In other words they want you to use the device with them until it is no longer worth keeping before letting me walk away with it.

I gave up. Half a day was wasted and I had nothing to show for it. I ran to the XDA forums to find a solution. I found various unlock sites that would charge me anywhere from $12 to $32. I chose the cheapest service which also gave me the slowest estimated return time (1-2 weeks) but I was no longer in a hurry to get my device unlocked. Much to my surprise, I was emailed back 15 minutes later with two subsidy codes to unlock my phone! I popped in my T-Mobile SIM card and was rewarded with my first LTE phone.

I gave up an entire day of my life in a pitiful attempt to save myself $12. In essence this cost me two hours of work at minimum wage. Paying $12 up front would have also saved me 5+ hours of upsetting phone calls.

My suggestion to you is to consider some of the paid options before getting to deeply involved in the process of unlocking. This is especially true if you’ve got some time to spare or are not in a big hurry.

After a year of updates, Stadia has made great strides, but still falls short of the cloud gaming revolution Google teased us with prior to launch.