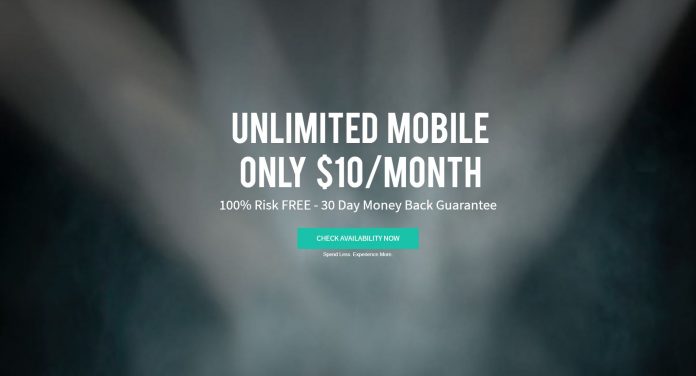 If you think that sounds too good to be true, you’ve never heard of UNREAL Mobile. UNREAL is an offshoot of FreedomPop, another low-cost carrier. UNREAL started quick on the back of incredibly cheap lines of service and now its here to disrupt the industry.

Carriers like FreedomPop or UNREAL are commonly referred to as MVNOs or Mobile Virtual Network Operator. These companies aren’t as big as the major carriers in the United States like Verizon, Sprint, AT&T, and T-Mobile, but they are gaining popularity. You’ve probably heard of at least of a few of these MVNOs like Metro by T-Mobile (formally MetroPCS), Project Fi, Virgin Mobile, Cricket, or Boost Mobile.

These carriers generally offer cheaper prices than the big four in exchange for some trade-offs. But, how can they do that? Well, in UNREAL’s case, the company leases tower space from both AT&T and Sprint. Since carriers build more capacity than they need, they can lease unused space to smaller carriers. UNREAL then sells cheap plans to its customers using those same towers as AT&T and Sprint customers.

What are the tradeoffs?

The first and most noticeable is data speeds. Your phone won’t be able to pull those blazing speeds that carriers advertise, but it should still be enough to surf the web, upload pictures to Facebook or stream music. In my testing, I saw around 10 Mbps down and 1 Mbps up. That’s nothing compared to the 100 Mbps down that I’ve seen on T-Mobile’s network, but I had no problem with these speeds, especially when you consider that UNREAL’s service is about 20% of the cost of T-Mobile’s.

Service can be spotty too. Since you’re relying on Sprint’s and AT&T’s towers, you’re at their mercy. If you opt for a CDMA phone and Sprint’s service isn’t great where you live, you’re just out of luck. Luckily, UNREAL recently added AT&T as a partner, a carrier with a superior network.

If you don’t own your own unlocked device, UNREAL offers a slate of devices for you to pick up. In the month that we’ve been testing UNREAL, the selection has greatly expanded and there are now more and better options.

We have been testing the service with a Samsung Galaxy S6 from 2015. It’s pretty terrible. At the time our review started, it was one of the best options along with the Apple iPhone 6S and Samsung Galaxy S7. Now, you can pick from the Samsung Galaxy Note 9, Galaxy S9 and S9 Plus, S8 Active, LG G7 ThinQ, and plenty of selections from Apple.

If you’re looking for something a bit cheaper, UNREAL offers an LG X Charge or Motorola Moto E4 for $120 or a Samsung Galaxy J7 (2017) for $160. Most of the offerings from UNREAL are CDMA only devices which is something to keep in mind. If you want to use the carrier but Sprint doesn’t have great service in your area, you may want to pick up a cheap GSM unlocked device from Amazon or Swappa.

How much does it cost?

This is where things get really enticing.

You can get UNREAL’s service for as low as $10 a month, but they offer more than just that tier. Here’s how things break down.

The base subscription nets you unlimited talk, texting, and 1 GB of LTE for $10/month. Once you roll through that 1 GB of data, you’re limited to 2G speeds, according to UNREAL.

UNREAL also says that all plans come with VPN service, an ad blocker, data rollover, and live agent support. Normally support is one of those trade-offs you have to make when going with a low-cost option so be prepared to wait on hold if you have any problems. FreedomPop’s CEO has stated in interviews that this is one of the areas the carrier is working to improve.

Back to the prices, those are almost eye-wateringly good. It’s hard to find anything of quality for $10, especially cell service. If you’re sitting there thinking “there’s no way I could get by on just 5 GB a month of LTE” then you’re not the target demographic.

So, is UNREAL right for you? Are you looking to save a few dollars a month in exchange for your sites loading a little slower and being conscious of what kind of network you’re connected to? Only you can decide that, but we’re sold on UNREAL Mobile.

The service is easy to sign up for, easy to use, and dirt cheap. That’s a recipe for success.

We do wish there were a few more cheaper options in the store, but that can be remedied by picking up a device on another site. If you decide to go with one of Unreal’s premium options, the prices don’t seem too crazy and you can pay with PayPal, which is a huge plus for us.

We give UNREAL two thumbs up.