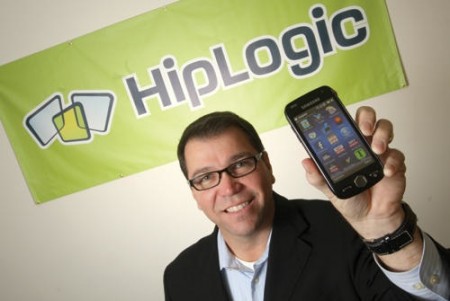 The following is a guest post from Mark Anderson, CEO of HipLogic.

If you left the house today without your mobile phone, chances are that you rushed back to get it, finding the thought of spending a day without it unbearable. Our phones have become the most personal devices we own and we keep them with us 24/7. This kind of attachment is a value that operators, handset manufacturers and service providers want to capitalize upon, but many are falling short in offering ways to make our mobile’s Home Screen more personal.

The Home Screen of our mobile phones, especially with the Android, are shaping up to be a new battle ground for personalization, in a fight for consumer attention and eyeballs. We want to be able to arrange our icons the way we enjoy looking at them, and we want our own apps, wallpaper, ring tones, widgets, shortcuts and folders. We want to select, or opt-out, of the types of content we receive and aren’t satisfied to follow along with the masses who may leave their Home Screen settings as it comes, straight out of the box.

At this year’s Mobile World Congress 2011, the battle over personalization was obvious, with major companies such as Google, Nokia and Microsoft demonstrating how their products can better connect us to what we want to see on our mobile Home Screens. And attendants lined up at the exhibition booth, to see what Google’s Android has to offer, and many asked what it all means for existing smartphone handsets. Will they capture the market share? Or are they losing popularity by not recognizing the importance of personalization?

Take a look at Apple’s iPhone, and how it was the first generation of a great smartphone interface, but even though it gets a lot of media attention, analyst reports are showing that it is losing market share fast. Complaints about the iPhone include that it has limited ability to customize the features, leaving consumers with a cumbersome experience when searching for widgets or apps. In fact an industry report found that iPhone users listed having a “customizable home screen” as one of the most wanted features for future designs of the iPhone.

We also found a mobile metric report from the leading mobile advertising company AdMob that shows how last year, the iPhone made up 46% of new phone requests while Android was coming up at a fast pace with 36% . With this kind of growth, we are seeing the Android overtake iPhone sales. Reports in December 2010 were that Google’s Android phone was seeing 300K activations a day, for an average of seeing 10 million new phones sold each month.

I think one of the big reasons for Android’s rapid success in just two years is its better ability to offer people more personalization of their Home Screens.

The Crowd Says: Give Me What I Want

There is a shift happening, with people demanding that they want to move beyond what the manufacturer provides in a standard smartphone, away from content and media personalization, and moving toward the ability to personalize the entire mobile experience. Android is the best phone for enabling people to do this, but it poses a threat to OEMs and Carriers who are losing control, and seeing their branded identity disappear from view. The Home Screen is the only way to retain branded identity, and is
becoming the key differentiator in today’s market.

I’ve spotted the battleground shaping up with OEMs such as HTC with its Sense UK, Motorola’s Motoblur and with Microsoft Windows 7. The problem with giving too much control, is that you lose OEM and Carrier identity, but without enough, the user is lost.

The year of 2011 is going to see this battle ground shake out with some of the world’s biggest known brands all clamouring for a spot at the most valuable piece of mobile real-estate, our Home Screen. That’s why HipLogic has developed a new app called *Spark to meet this demand, and based on downloads we’ve seen so far, we are winning in this battle over the Home Screen, because of how it connects Android, and some models of Symbian phones, with news, weather, entertainment and even Groupon deals. In our app *Spark’s short beta period it attracted 100K people, and since official launch in late December 2010, it has become popular in 150 countries. New features are coming soon for *Spark, and people everywhere are loving how they can personalize the look and feel of their Home Screen, and select content of their choice.

I think that as mobile service and content providers we have got to give the crowd what it wants, and what they are cheering for is more ability to personalize the mobile experience. And the crowd is responding, with the example of Android lover Chad Hughes telling everyone why he loves using the personalization features of *Spark for his Home Screen: http://bit.ly/epEEFh

Get this look for your Android: Vibandroid

Get this look for your Android: Blue White 2

Get this look for your Android: CA.N